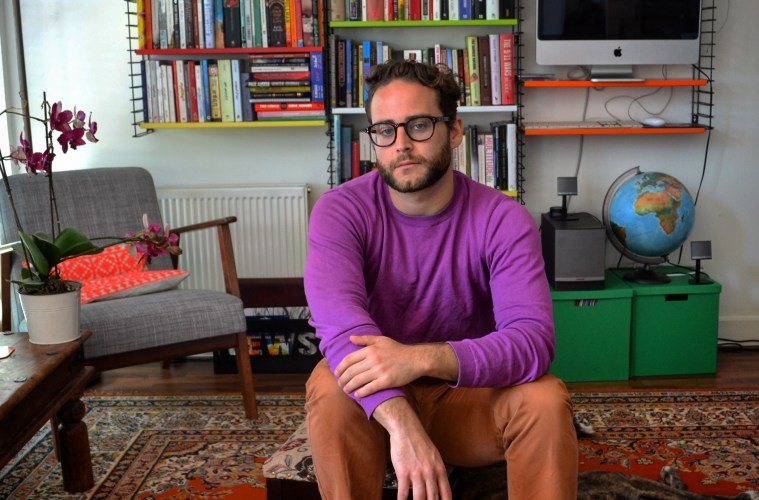 Writing a novel is something many of us dream of doing before we die! After all, what can be more exciting than dreaming up an amazing story that will engross hundreds of thousands of people. But as many of those who have tried will know, writing that first book is a very hard task indeed. But Kuwait-born writer and aid worker Saleem Haddad has managed to do it and has just published his debut novel, Guapa, a powerful coming-of-age story about a young gay man growing up in an unnamed, post-Arab spring country. Something Saleem knows a lot about.

We caught up with the handsome writer to talk about how hard it was to get started and how much of himself he’s put into his character. 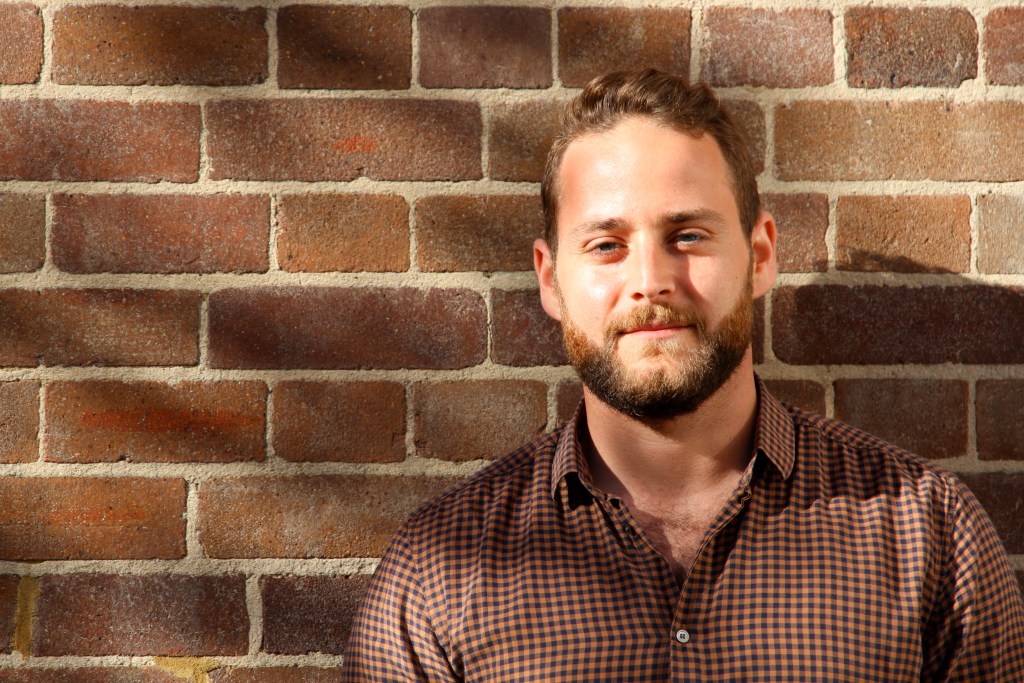 So Saleem, in a nutshell what is Guapa about?

The novel is set over 24 hours in an unnamed Arab country, and tells the story of Rasa, a young gay man coming of age in a time of political and social upheaval.

That already sounds intense. Why did you feel compelled to write this particular story?

There’s a lot of misunderstanding about gay life in the Middle East; we are often painted as voiceless victims, but the reality is that despite the challenges, there’s an incredible diversity of experiences and stories among queer Arabs that haven’t been told.

They say every first time writer uses their own experiences to create their story – what elements touch on autobiographical?

I think there’s a tendency for people who have read the book to see Rasa as a fictional version of myself, but that wouldn’t be true. I drew on a lot of experiences—both from my own life and from lives of other queer Arabs I know—to tell the story. In a way, I think each of the characters represents an element of my life.

The book is set in an Arab country – for those of us who don’t know, how is homosexuality viewed there?

There’s a huge diversity and it is difficult to generalise— each country has its own unique set of laws and cultural practices. But it’s important to note that in the Arab world, there’s a big distinction between the ‘private’ sphere and the ‘public’ sphere—and many queer people live happy lives in the private sphere with very little trouble. Even in countries that specifically have anti-gay laws, these laws don’t tend to interfere in the ‘private’ lives of people.

What has been the reception for the book?

It’s still early days, but I’ve been floored by the positive response, especially by queer Arabs. I wrote this book for myself, to see myself represented in literature, but my ultimate goal was to write something that came across as representative and authentic, so the opinion of queer Arabs means a lot to me.

When you set about writing the book, was it an easy process? Did you have moments of insecurity like many writers?

I had many insecurities. I had insecurities that I might be feeding into an anti-Arab or anti-Muslim discourse, especially since I was writing in English. I was also worried about what the reception may be in the Arab world, if I was overstepping boundaries by bringing the ‘private’ into the ‘public domain’. 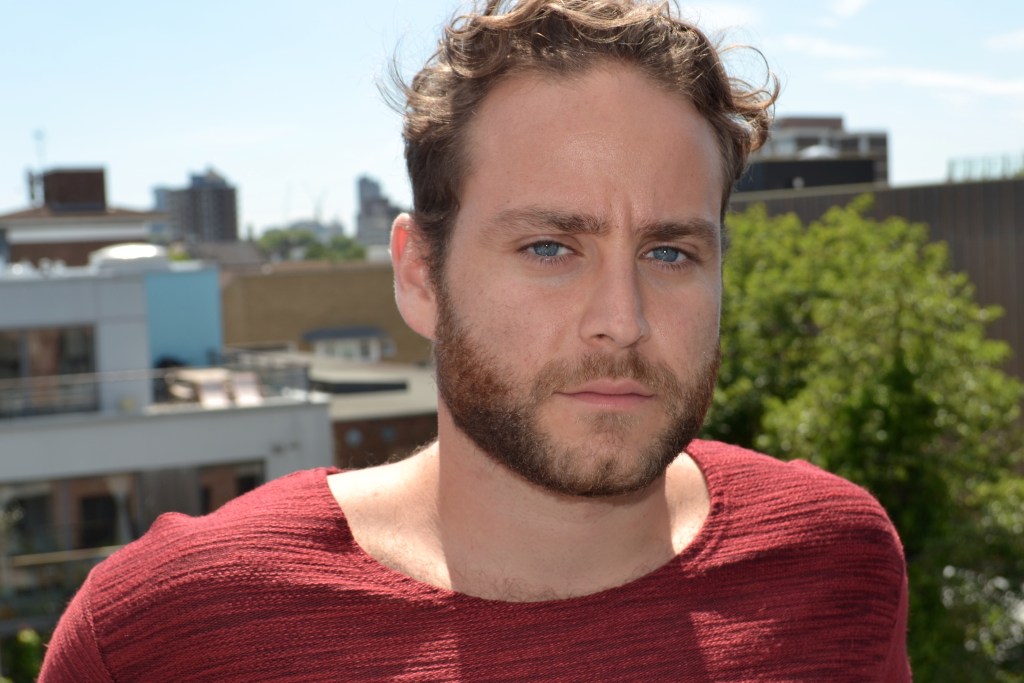 What kept you going?

I wanted to write my experiences into history. Our lives, as queer Arabs, are not represented enough, and very rarely represented in an accurate way. That drove me to write through all the insecurities and moments of doubt.

How long did it take to complete?

I wrote the first draft in one year, and spent about a year and a half editing and re-writing. Throughout this process, the Arab revolutions were going through different moments of crisis, so that fed into my work as well.

How did you go about the publishing process?

After I had written a draft I was happy with, I did some research on different agents who might be interested in this type of story. I had no connections in the literary industry so it was a lot of cold-calling. I was lucky that the assistant of my agent, Toby Eady, picked up my manuscript from the slush pile and fell in love with the story. She pushed it into Toby’s hands, and he also fell in love with the story. At the same time, I had come across an interview with an editor, Anjali Singh, who had worked on some amazing books including Persepolis and Half of a Yellow Sun, so I asked my agent to send it to her. Luckily, she bought it, and the rest is history. A lot of it is luck: being in the right place at the right time, but doing your research thoroughly is important.

You’re married to a chap who has a sister who is a novelist – did she give you advice?

Because we write in very different genres, there’s only so much advice she can give. But she was incredibly helpful in terms of providing moral support, especially around expectations: publishing is a very slow industry. I finished the book in early 2014, and it took about two years for the final draft to see the light of day.

You’re a gay man yourself – did you ever  experience feelings of alienation as you grew up?

When did you realise you were gay? How long did you keep it to yourself?

I knew I was different from a very young age, but I didn’t have the words to describe what it was. Like the main character in my book, I also spent a lot of time in front of the mirror, trying out different Arabic and English words to see which identity fit me best. Now I prefer to identify as ‘queer’, it feels more fluid and more political to me, which I like.

Did it take a long time for you to come out?

I kept my sexuality to myself for a long time, but slowly began to tell close friends, especially other queer Arab friends as we slowly came out to each other. But even now, the idea of ‘coming out’ is rare in the Arab world – there are thousands of gay and lesbian people living very happy lives with their partners but not ‘coming out’ in the traditional Western sense of looking at it. In the Middle East, who you share your bed with is still very much a private affair, and no one will pry into your affairs if you don’t advertise it.

Did you have any gay role models when you were growing up?

I can’t remember being exposed to many positive gay role models growing up in the Middle East. But when I first got into humanitarian aid work, I remember looking up to Anderson Cooper for the war reporting he did. I felt that if he could do it, so could I.

When you were fully out, did you throw yourself into the gay scene. was it as you expected?

While living in Canada, I didn’t feel comfortable being out. It was partly because I was there during 9/11, so my primary identity was being an ‘Arab’, which came with its own set of stereotypes and judgements by society. But when I returned to the Middle East, I slowly began to meet other gay and lesbian people, and we developed our own community. It was small and quiet, but it was supportive. I didn’t really engage with a traditional gay ‘scene’ until I arrived in London and a friend took me to Old Compton Street.

I remember being intimidated at first, but slowly growing to love it. There are many problems with the mainstream LGBT community, such as racism and Islamophobia, but there’s also a real sense of community that I love.

Well, the book is a fabulous read. Have you already started on book number?

I am working on my next book, it involves looking at the history of artistic movements in Iraq over the last fifty years, and how each generation of artists has engaged with Iraq as the country has gone through various upheavals. 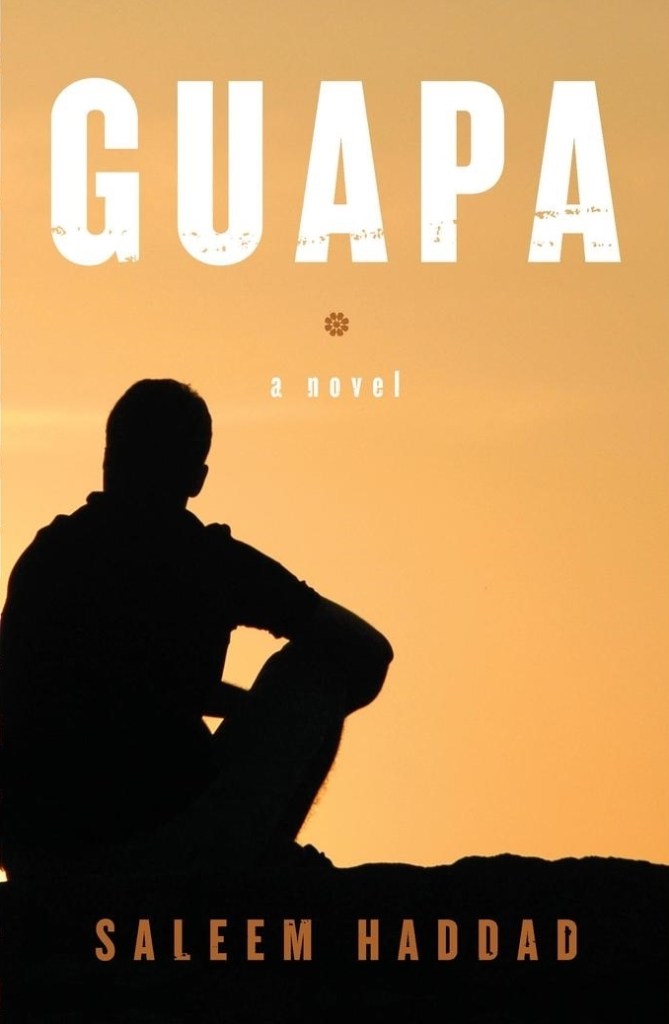 Also, the book is available from Amazon and can be ordered via Waterstones and other bookstores.