The Voice’s Vangelis: ‘I used to be scared of drag queens – now I date one! 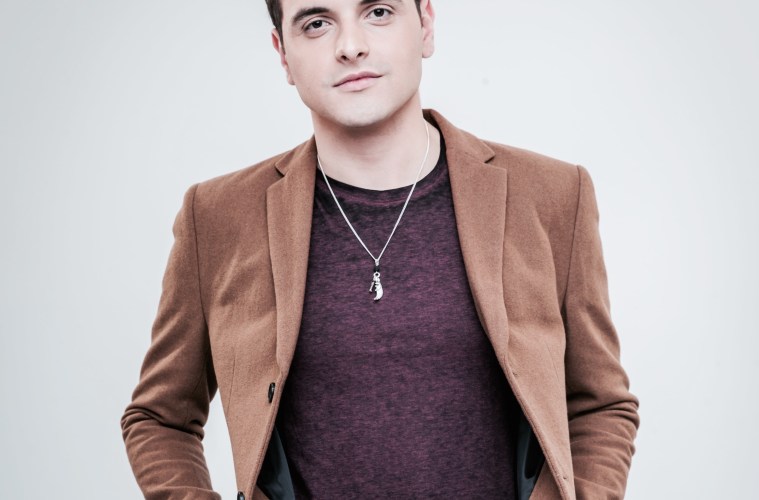 The Voice star Vangelis Polydorou talks to GuysLikeU about singing for Boy George and dating a drag queen.

Wow! We’re still speechless after hearing Vangelis Polydorou’s haunting rendition of Culture Club’s Do You Really Want to Hurt Me on The Voice tonight. The 24-year old sales assistant gave the classic 80s classic a stunning new arrangement and impressed not just millions of viewers but also hard-to-please legend Boy George, who was the first of the coaches to turn for him.

Here, handsome Vangelis speaks exclusively to GuysLikeU about appearing on the show, coming out at school and what it’s like to date a drag queen!

Vangelis, your version of the track was simply gorgeous.

Thank you. I like ballads and heartfelt stuff with strings so it’s very much my kind of thing. The producers suggested it might be a good idea to take a song and make it different. When they suggested Do You Really Want To Hurt Me, I thought they might be setting me up for a fall as Boy George is quite opinionated. I thought I might not get through and I’d end up really embarrassed. But I guess they believed I could really do something with it because it went so well.

Well, it was sensational. Really different.

I know. When I first started singing, I could sense people were like ‘I know it but don’t know what it is yet.’ I don’t think the judges knew what it was to start with either. Then I saw Paloma point at George when I got to the chorus.

Yeah, that was a relief. When he did, I was like ’fuck it I’m through now’ and relaxed. Then Ricky and Paloma turned. I chose George, of course, because I wanted him as a coach and because I thought it might be a bit random if I’d gone for Ricky, after having sung a George song. George said afterwards that he had been dreading hearing someone performing one of his songs, so I’m glad he’d liked it

Vangelis, you have a real air of confidence? Have you always been like that?

When I was younger I was really shy. I never used to sing in front of anyone and I think that’s because I wasn’t out at that point. I think I was always worried that people would be judging me, that they wouldn’t be listening to my voice, but judging me on who I was. When you’re young, you know if you are different but you don’t always know why you feel different.

Was coming out an easy process for you?
When I was at primary school there was this one guy who would always say stuff about me. So everytime I walked past him I’d feel uncomfortable. So my mum confronted his mum and had a go at her and that was that! When I was about 15, I went to an all boys school where I was popular. I had friends but I was a bit of floater and hung out with different groups. Girls joined the school in sixth form and I started hanging around with them and then I thought to myself if anyone asks me if I’m gay I’ll just tell them I am. I did a BTEC in performing arts at another school and that was where I met people for the first time who were gay so that helped my confidence. After that I was comfortable and out and I felt I could be more myself. As a result I became a better singer because I wasn’t worried about what people thought about me anymore.

You’re a good looking chap. Do you have guys throwing themselves at you?

He’s called Tony, he’s an illustrator and does drag.

When we went to Ascot to see @heatherc_h

He does drag? Wow!

Yeah he’s called Fantasy. He’s a new queen. His brother is gay as well and does drag too!

When I first started going out with Tony, I thought drag queens scared me a little bit because I thought they’d be bitchy, but then when I started watching RuPaul’s Drag Race with Tony, I loved it and I am now so open to everything. This is the most open relationship I’ve had.

What do people say about you dating a drag queen?

I think some people don’t know much about drag queens, so they ask ‘do I like girls’! And I’m like. ‘no’. It’s an act – Tony dressed us doesn’t come into our relationship. I like guys! But Tony does get a lot of attention though as he’s a very good drag queen. He’s very fishy! He looks like a girl! Him and his brother have small frames, very slim and look.

Lucky them! Has Tony been supporting you along the way?

Yeah he’s been to all the performances I have done.

No, not in drag! I don’t want him stealing my thunder now do I? Hahaha