The Voice’s Jordan: ‘My friends bought me a first birthday muffin to celebrate a year of taking hormones’ 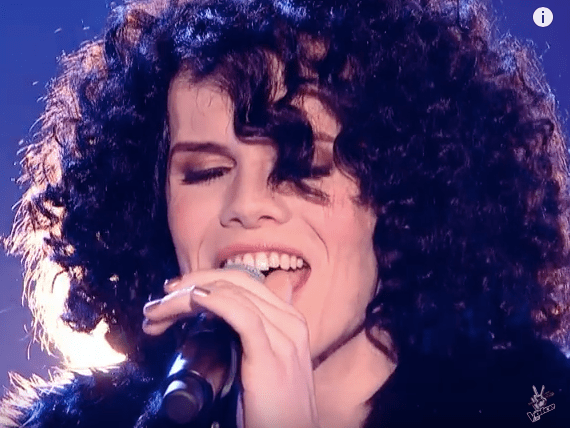 So this weekend we reached the battle rounds of The Voice and wow – two sets of performances stood out.

The first was a haunting duet of Anthony And The Johnsons’ I Hope There’s Someone Out There by Chloe Castro and Alaric Green which had us in tears!

Although Ricky chose Chloe to go through to the live shows, Boy George stole Alaric for his team.

If our emotions hadn’t been rung out enough by that performance, we were in for more gut-wrenching crooning when Jordan Gray (replacing a drop out from Paloma’s team) and Theo Llewelyn performed Kate Bush’s This Woman’s Work. Their stunning performance had the judges in tears, in particular Paloma who had to have a quick make up touch up after!

Paloma picked Jordan, while Theo was picked by Will.I.Am and we can’t wait to see them in the love shows.

For those of who missed it the first time, here in an emotional and very personal interview, Jordan opens up about her coming to terms with being trans, her treatment and much more.

I can’t speak for every transgender person but there are many out there that are proud to carry that label because of all the hard work they’ve gone through. I am a woman, I see my self as a woman, but I am quite happy to be an example and have the word transgender associated with me. Everyone is different. I’m not offended by the prefix, but I do see myself as a woman.

EastEnders have just cast their first transgender male actor but Coronation Street was initially criticised for casting a cis-gender actress in the role of transgender character Hayley.