OPINION: The hype surrounding Beauty And The Beast’s gay character was a mistake! 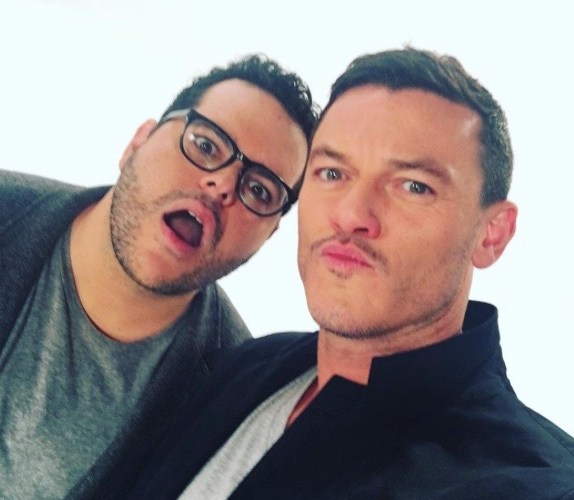 GuysLikeU’s editor Christian Guiltenane wonders whether the hype surrounding Disney’s first ever gay character in Beauty And The Beast was ill-advised and why the gay media chose to ignore the actor who plays him!

So the live action version of  Beauty and The Beast is finally here. And from the sounds of it gays across this merry land have seen it and loved it. And with good reason too. It’s blimmin’ brilliant. 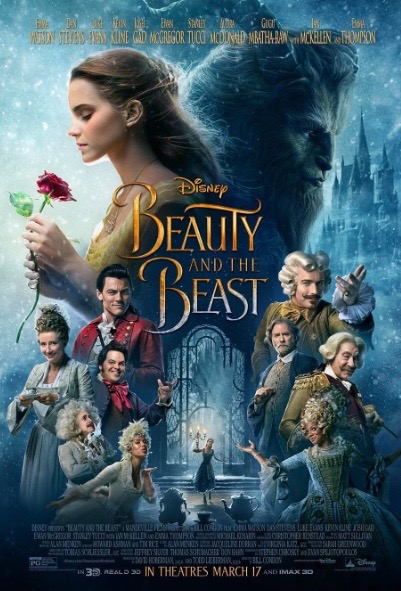 Anyone who thought the idea of a remake with real human beings was as bad an idea as Kylie Minogue going out with Joshua Sasse, needn’t have worried. Producers of the new film have made sure that the magic of the first film hasn’t been lost.

In fact, we’d go as far as to say that in some ways, this sumptuous new version is actually more lavish and spectacular than the fantastical cartoon version we all fell in love with when we were kids. 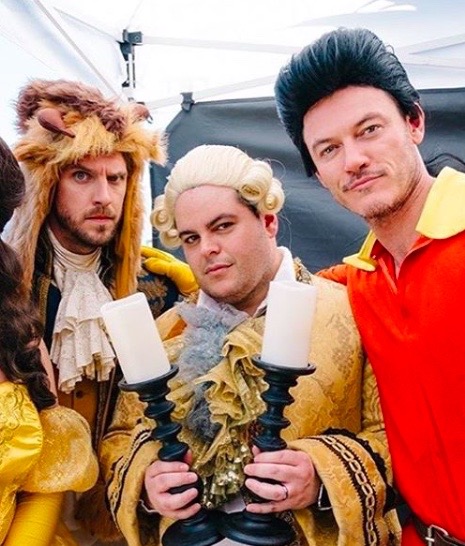 That’s partly down to its brilliantly casting. Emma Watson is superb as Belle, while, beneath his CGI hairiness, Dan Stevens pulls at our heart strings with his moving performance (and tugs at what’s swinging below our belt when he flashes that muscular chest rug). Luke Evans does a great turn as the oh-so-loathesome-but-kinda-hot Gaston while Josh Gad is a hoot as his cuddly sidekick, LeFou.

And it’s this particular character that has caused a bit of a fuss and has caused the film to be banned in several countries. Banned? Disney? Yes, you see, not only does LeFou make it quite clear that he’s got the hots for his best mate (story of our lives, right?), he also – SPOILER ALERT – gets it on with  sexy guy at the end of the film.

Now, when we say ‘gets it on’, don’t get too excited and whip out the wet wipes just yet. They don’t actually pull their pants down and have a sausage party (that’s a whole other film!) 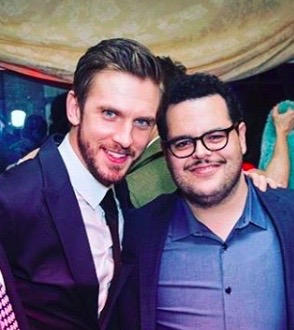 No, if you look closely, you will see the two fellas having a dance with each other at the ball. It’s all very blink-and-you-miss-it innocent, but still controversial enough to get Malaysians’ knickers in a twist who demanded the shot be cut. And even then the film is still banned. While the scene is pretty groundbreaking for a Disney film, we have to admit that the way the company have dealt with this has felt a little bit tacky. Teasing the world with a pre-release nugget of info that there was a ‘gay moment’ in the movie is possibly one of the most insufferable and cynical PR moves ever.

Waiting for this film to arrive has been like the longest Christmas Eve of all time! We can't wait for you to open this very special present on Friday! #BeOurGuest #BeautyAndTheBeast

Yes, it made headlines and put the film put there, but it also came across as very heavy handed and gimmicky.

Had the ‘gay moment’ made the news via word of mouth from fans of the movie commenting on it would have felt a lot less forced and  designed to be headline grabbing. But its announcement in a magazine made it sound as though the film needed more drama than necessary. There was already such a loving expectation for the film that it didn’t really need this sensationalistic and tabloid spin.

As a result most of us gays sat in the dark cinema, sitting on the edge of our seats waiting for this groundbreaking, historic moment to arrive, only to discover it was a split second shot that was, admittedly, pleasantly underplayed. 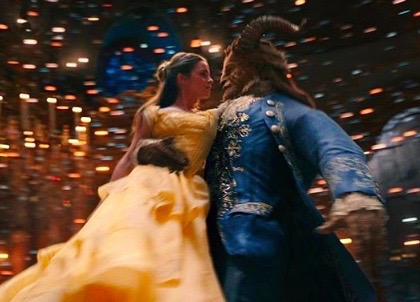 But there seems to be some confusion among the cast and crew of the film. Director Bill Condon has defiantly said that LeFou’s character is gay.

“LeFou is somebody who on one day wants to be Gaston and on another day wants to kiss Gaston,” Condon told a magazine. “He’s confused about what he wants. It’s somebody who’s just realizing that he has these feelings.” However, Luke Evans says he thinks the character’s feelings represent many straight men’s thoughts about friendship with each other.

“A lot of thought was put into the character of LeFou and his connection to Gaston,” he told The Hollywood Reporter recently. “There’s a lot of authenticity there, they’re like best buddies, they’ve been in each other’s lives for a very long time.” “I remember when I was a young kid and I always looked up to my older friends and thought, ‘Ah. One day I want to be like them. I want to play rugby like them. Everybody thinks they’re the best, I want to be that person.’ I think LeFou looks up to Gaston in that way — as a hero. I certainly don’t think there was anything more outside that relationship. They’re just good friends.” Meanwhile, Ewan McGregor, who plays candlestick Lumiere, laughed off the controversy, admitting: “It’s just like, he’s a gay character and it’s 2017 for f— sake,” the actor, who plays Lumière in the film, told Stephen Colbert on The Late Show Monday. “There’s a lot of gay sex in this cartoon,” he joked earlier, “and I think if you live anywhere near Alabama you should not go and see this film. What would Jesus think?”

“There’s a lot of gay sex in this cartoon,” he joked earlier about Disney’s first openly gay character, “and I think if you live anywhere near Alabama you should not go and see this film. What would Jesus think?”

But what really irritated us most at GuysLikeU towers was that in the press coverage of the film none of the gay press actually focused on the guy playing the gay character of LeFou.

Instead, traditionally handsome Dan Stevens and rugged Luke Evans were the stars who were pimped out, while Josh Gad, who plays LeFou, was rarely written about. Which is simply outrageous!

Why was he not the cover star or prominently feature in either of the UK’s biggest gay mags? Who knows! But as you can see, Josh – who was the voice of the snowman in Frozen – is a wee little cutie (definitely keep the beard, fella!) that has a certain appeal.

While he might not be your typical hunky pin up, he’s just the kind of chap that would tickle the fancies of guys who like their fellas a little softer round the edges. So if gay media has decided the gorgeous Josh Gad ain’t good enough for them, then we at GuysLikeU will quite happily celebrate the brilliance and the cuteness of the rather lovely Mr Gad.