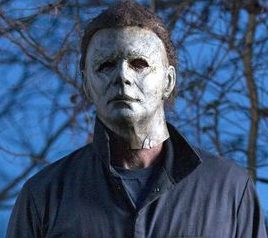 It’s the horror sequel we’ve been waiting for – but was it worth the wait? Halloween fan Christian Guiltenane offers his verdict….

To say I was beside myself with glee that a new Halloween movie was being made, is an understatement. When I was kid I couldn’t get enough of Michael Myers stabbing and slashing pretty teens across Haddonfield. The idea of a tall brooding silent ghoul stomping around zombie-like and killing people for no reason, was one of the most terrifying things I could ever imagine. Not just because something like that could happen for real, but also the image of Michael lurking in the shadows in the first film was so haunting that it was  – and still is – pretty hard to shake off.

The first John Carpenter-directed movie was an amazing exercise in suspense and tension as we watched Michael Myers return to Haddonfield after years of incarceration for killing his teenage sister. Jamie Lee Curtis was Laurie Strode,  the innocent young girl whose life was turned upside down as the crazed killer savaged her friends and tried to butcher her too. The follow up  (co-written by Carpenter) wasn’t bad either, carrying on directly from the cliff-hanger ending of the first one. However,  this time round, it lacked the charm and creepiness of its predecessor and introduced the kind of lame notion that Michael and Laurie were siblings! Humph!.

The third instalment unwisely gave Myers a rest, instead focusing on a lunatic toymaker who wants to kill kids with Halloween masks. But the next sequel – The Return of Michael Myers – brought the series back to life and saw Michael break out of an asylum to stalk his niece Jamie (Laurie’s daughter), culminating in an ending that is reminiscent and as shocking as the original.

Sadly, the fifth and sixth instalments were abysmal, as they attempted to suggest that Michael’s murderous tendencies were because of some nonsense cult, while H20, a reboot that came after the success of Scream, was a hoot but a little too glossy and lacking in depth to tickle my fancy.  The much-maligned Halloween Resurrection actually took a funny and clever approach to the series and killed off Laurie Stroude in a sensational way in act one. Sadly, the critics ripped it apart and it bombed at the box office.

A few years later hairy gorewhore Rob Zombie rebooted the series and retold the original film in a much more brutal and scary way, focusing in act one on young Myers and how he descended into becoming a bloodthirsty monster. Also, in this version Michael looks FUCKING INSANE, played by 6ft 8 wrestler Tyler Mane, who gives the role a much more menacing and terrifying presence. Zombie’s unnecessary sequel was kind of good too, if you try to ignore the scenes featuring Michael’s ghostly mum, but on the whole the brutal kills, gritty energy and Michael looking scary as fuck make this a great entry in the series.

Which brings us to Halloween 2018. As we know, the filmmakers at Blumhouse said they wanted to forget about all the other films in the series and wanted this to be seen as the direct sequel to Carpenter’s first flick. They also explained that they were ditching all the nonsense about Michael being Laurie’s brother, so that we saw him once again and as a motivation-less bloodthirsty killing machine. Meanwhile Jamie Lee Curtis had said that she was playing Laurie as woman suffering from PTSD following the traumatic events of Halloween 1978. So what can we expect from this eagerly anticipated new instalment?

Let’s find out – here we present the best and worst things about the new Halloween. 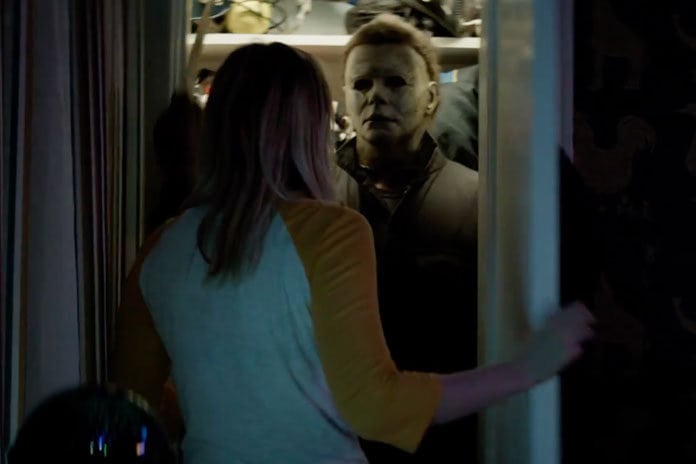 The movie has already made millions at the box off and reviews have been favourable so will no doubt lead to a sequel. But for a Halloween connoisseur like myself, this was – oddly – one of the least satisfying sequels. It was not only very clinical and a little pedestrian, it also felt a little incohesive, like it was made up of three different films stitched together. Not the worst in the series but certainly not the best. Shame. Watch the trailer and you’ll  pretty much have seen the whole flick.