HONEY G SHOCKER: Is this the tackiest coming out EVER? 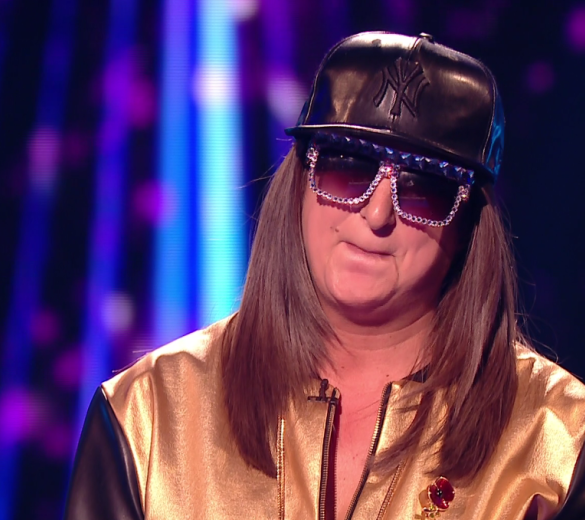 Weirdly, this morning, we woke up and thought “Whatever happened to Honey G?” after the massive flop that was her rapping career?

Then, as fate would have it, just hours later the answer came to us courtesy of the fabulous Dan Wootton.

Honey G is a lesbian and is on the look out for love! Jesus!

BREAKING NEWS – @The_Honey_G has revealed she is lesbian in an emotional video and sexy shoot https://t.co/aimUViV2sM pic.twitter.com/uIdI0Vbtba

While the revelation that she likes girls wasn’t really all that much of surprise – we always reckoned she had a quality – what we couldn’t believe was that she had decided to come out by whipping her clobber off like an 80s Page Three girl.

While we get the symbolism of her stripping off to reveal all about her life, we’re still scratching our heads as to why she she is doing it like Sam Fox did 30 years ago.

Attention, no doubt, as do most social media commentators.

If you’re interested, Honey says she has known she was a lesbian for a while and told Simon Cowell that she was single at the auditions.

In the promo clip for the interview she says: “I do worry about homophobia, but I feel now is the right time to let people know I’m gay! Being new to the music industry I think I was seeing a bit guarded. I was worried about what people wild think as well. I was worried about people maybe being homophobic. I wasn’t ready to come out to the public at that point.” 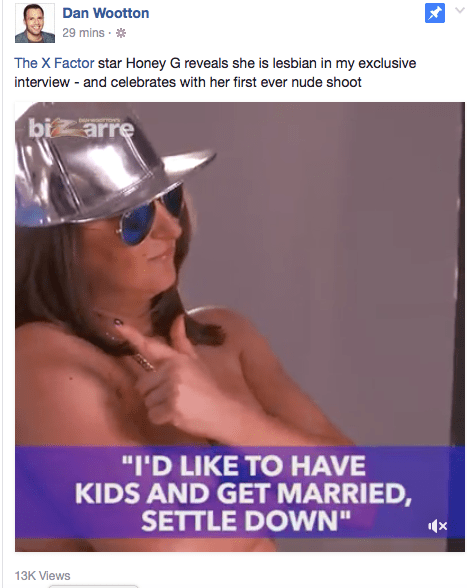 Honey says she is looking for Miss Right and wants kids and one day get married. Aww bless! We hope she finds that special someone.

So girls, if you fancy a bit of the G, she is looking for feminine types, though thinks beauty comes from within. So if you look like Queen Latifah, Fleur East, Kristen Wiig and Melissa McCarthy you could be her’s!

BREAKING NEWS – @The_Honey_G has revealed she is lesbian in an emotional video and sexy shoot https://t.co/aimUViV2sM pic.twitter.com/uIdI0Vbtba