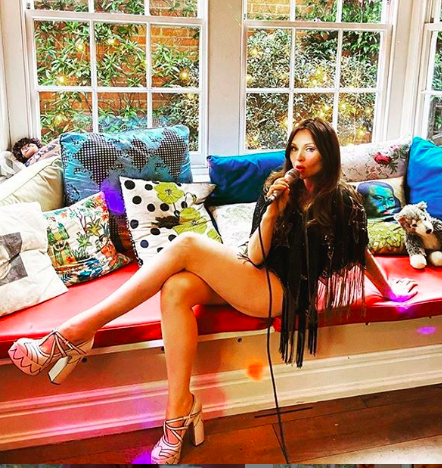 Sophie Ellis Bextor has stunned devoted fans by revealing that next week’s Kitchen Disco will be the last. During her bonus After Party Live show, Sophie said that like Mary Poppins she only intended to put on her weekly shows until ‘the wind had changed’. Introducing the song A Spoonful Of Sugar she admitted that she felt the wind had indeed begun to change and that the tenth Kitchen Disco would be her last.

Which leaves the nation with one question – What the hell are we going to do on a Friday’s now?

While we think about it, we’re going to grab a Margherita and rewatch Kitchen Disco #9 and enjoy Sophie singing tracks from her overlooked album Make A Scene!

The 9th kitchen disco! It’s mainly me and Spider-Man throwing some shapes 👌🏻(sadly we lost the hi-res version as Instagram cut my live feed but luckily my friend chris screen recorded the live feed so it wasn’t lost forever. It’s actually really lovely to save some of your comments so all's well that ends well 😊) x