Sam Stanley: ‘Looking back I can’t believe I just went off with this stranger in his car’ 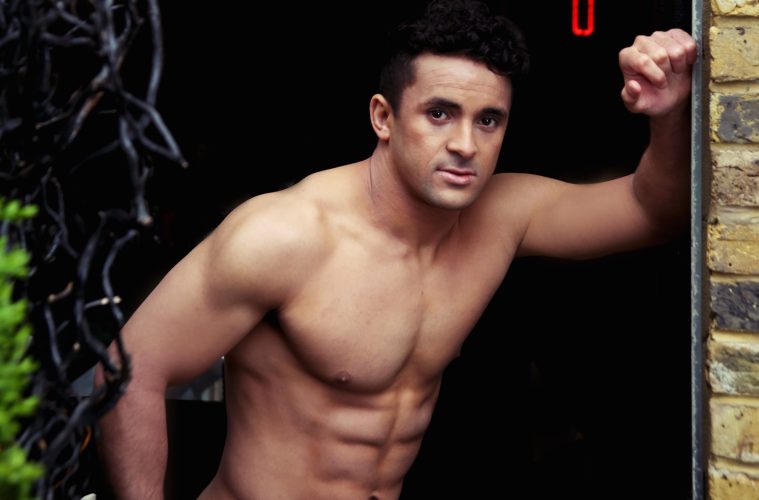 In the first of our three-part interview, Sam Stanley opens up to GuysLikeU‘s editor-in chief Christian Guiltenane about coming to terms with his sexuality and coming out in public.

Not only was he worried about the reactions of his  teammates, but also those of his family, many of whom are rugby players (his brother is Samoan international Michael Stanley.)

Here, in deeply personal and revealing interview, Sam opens up about why he made such a public admission and how he came to terms with his sexuality. 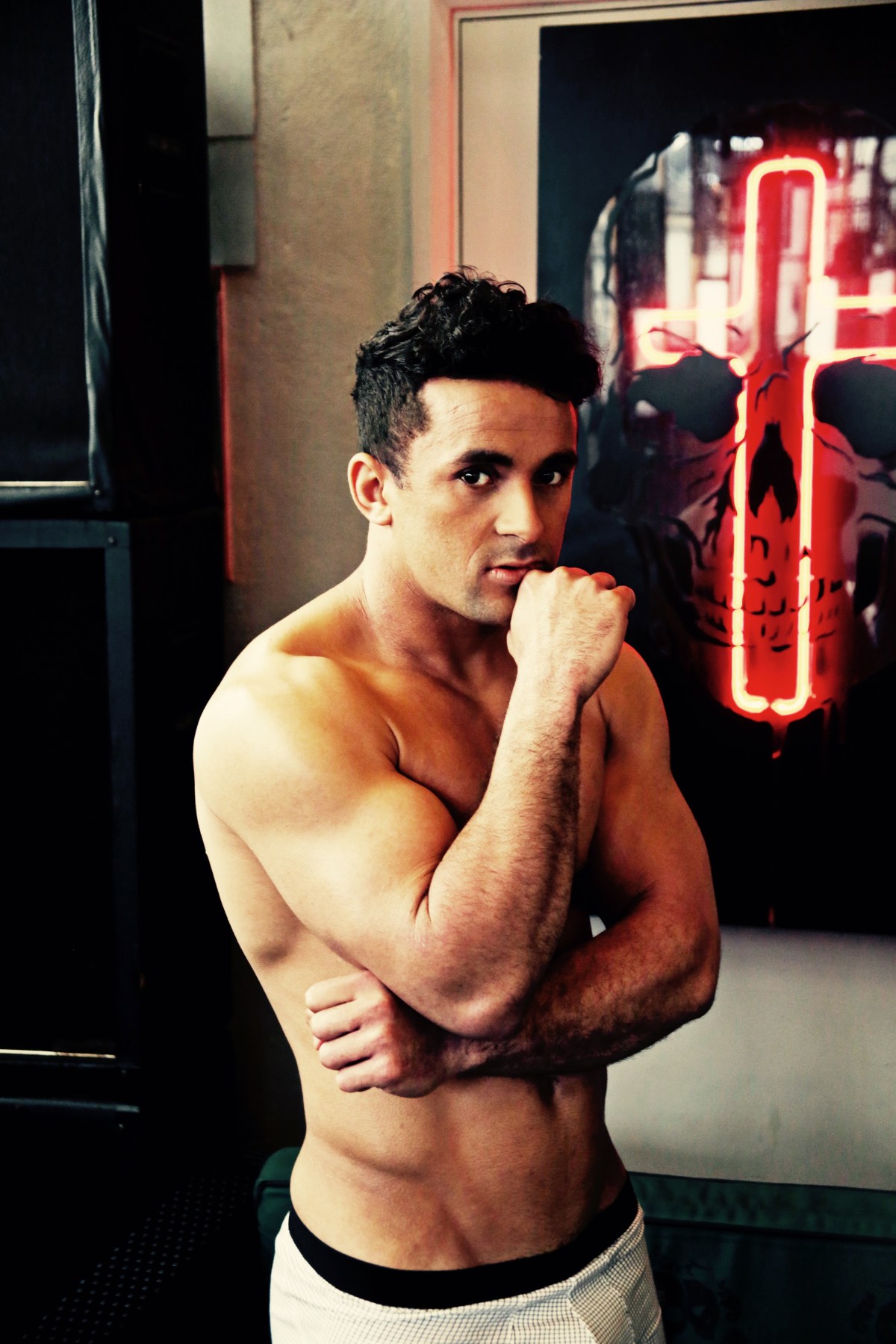 Sam, you came out very publicly. Why did you decide to do that?

I had met Ben Cohen a while back and he gave me a lot of great advice. I knew of his Stand Up Foundation and I really trusted what he had to say. He made me realise that I shouldn’t wait until I was more established about coming out. I had seen Gareth Thomas come out and what a legend he was for doing what he did but he had waited for so many years to do it. I remember at the time, everyone thought there’d be heaps of other players following suit, but they never did. Anyway, Ben said to me he thought I could be an inspiration to other young gay guys by coming out while I was still playing. He said that young gay guys out there who wanted to be rugby players could see that I could be gay and still in the game. I thought about it for a while then I thought ‘fuck it, why not?’ But even when I was doing the interview with the Sunday Times, I thought ‘what am I doing? Who am I to be doing this?’

WHICH POP LEGEND REACHED OUT TO SAM STANLEY WHEN HE CAME OUT?

But you’re you glad you did it?

Without a doubt. The reaction was amazing from my teammates. It was best decision I have made. Before I made it public I made sure that my friends, family and teammates knew that I was gay. I told my old teammates via Whatsaap and I told my union team when I was with them and we were in a big circle and the boys just jumped on me and were great! 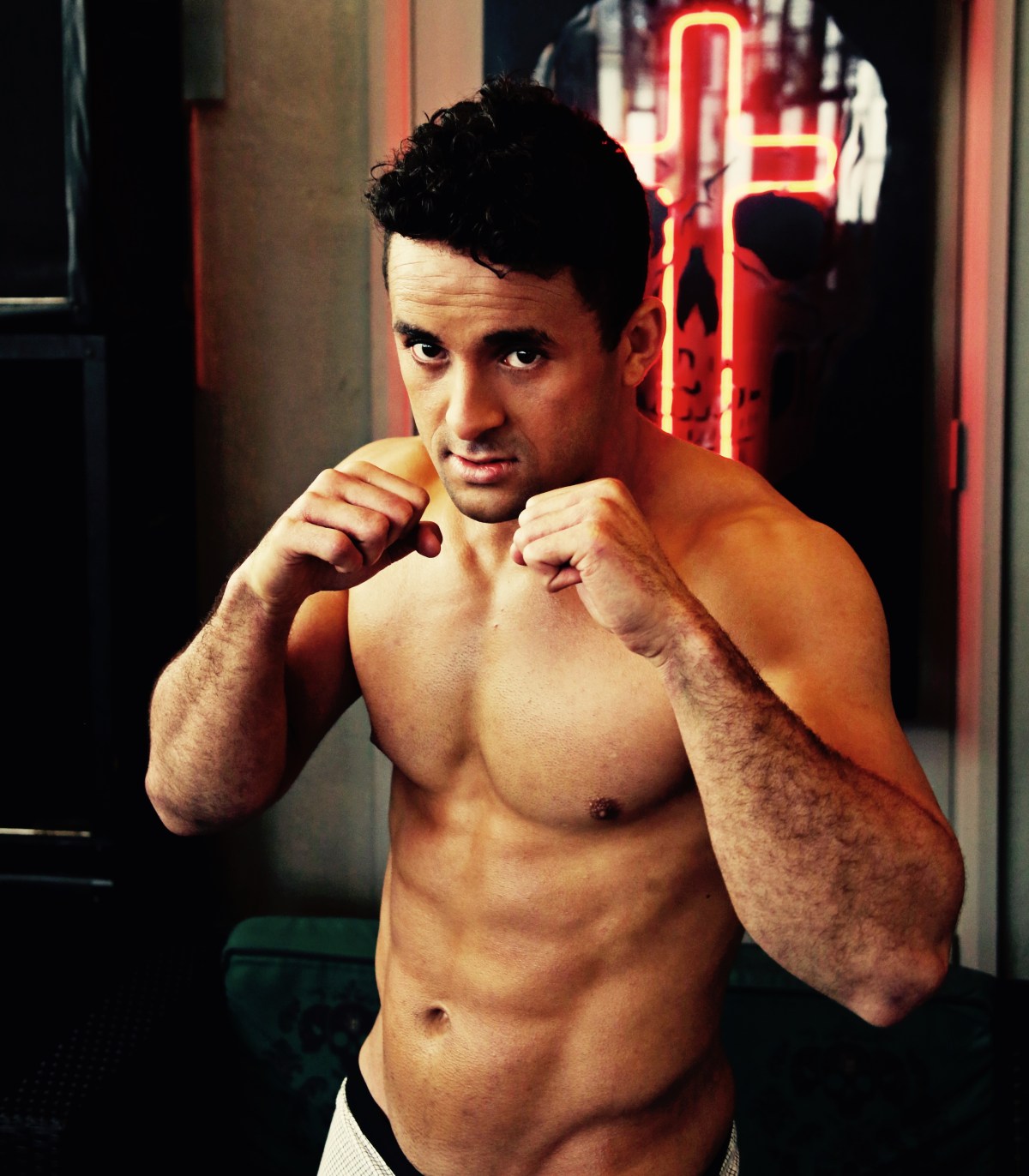 We’re guessing you and Keegan Hirst aren’t the only gay players out there?

I actually had a teammate at the time I was coming out who had a partner, but he said he  wasn’t ready to come out to the team. He and his partner were very happy together and had come around to our place for dinner loads of times. I said to the guy when I came out, ‘look this is the perfect time for you to say something’. But he said he wasn’t ready to do it just yet and of course you shouldn’t pressure someone into do something until they are ready. My mate has actually come out since and the team weren’t surprised as they’d always suspected he was gay. But he’s in a good place now and I’m so happy for him. I do like to think my coming out helped in some way to show him that the rest of the team were going to be as supportive to him as they were to me.

Take us back, when did you realise that you might be gay?

When I was young, probably around eight or nine or seven or eight, me and a couple of friends used to kiss each other on the lips, which I guess, looking back, was a bit strange, or at least a sign of things to come. I’d forgotten all about it until a few years ago when me and my mates all got chatting one night. Of course, at the time, I didn’t really know what was going on, I didn’t what being gay even was. It was just something me and my mates did.  We were just young, I guess. But I remember when my mates brought it up one of them said ‘I wonder if any of us will turn out gay!’

Looking back, I guess, it’s quite funny.

Most young boys and girls play games like that when they’re young – we rarely understand any kind of sexuality at that age.

Well that’s it – I didn’t really think anything of it or at least I think I didn’t. But when I was a teenager I really started to think I might be a bit different to my other friends. I kind of felt like I was more drawn to boys. Even though I had a girlfriend like all my other mates, I kind of knew that it didn’t feel quite right. My girlfriend was called Remi and is still my best friend now and has been the most supportive over the years, especially when I came out.

Did you confide in anyone back then?

I would never have said anything at that point. Because I was playing rugby from such an early age, I already saw myself as a bit of main man – that was the way I was conditioned – so would never have dared say anything about being gay at that stage of my life. In my head, I saw myself as this macho man, just like the rest of my team mates and my family, so I just never really thought much of it.

At the time, I believed that I really loved her but I guess it was probably more as a best mate. I never realised what was going through in my head. But I kept telling myself that this was what I was wanted, what I was supposed to be, that I’m supposed to go out with a girl.

Was it a physical relationship?

We kissed and stuff but that didn’t really happen until I was about 13 I’d say.

Did you think about boys when you were with her?

Well, if I’m honest we were always kind of on-and-off because deep down I knew there was something not quite right, that I was somehow different. I would always end things with her because I had different feelings going onion my head. But then they’d go away and I think I would be straight again. As I got older, I got more and more confused about the way I was feeling. At 16 I moved out of home and went to Hertfordshire for rugby training. Me and my girlfriend were still together, but it was when I was 18 I knew for sure that I was gay. 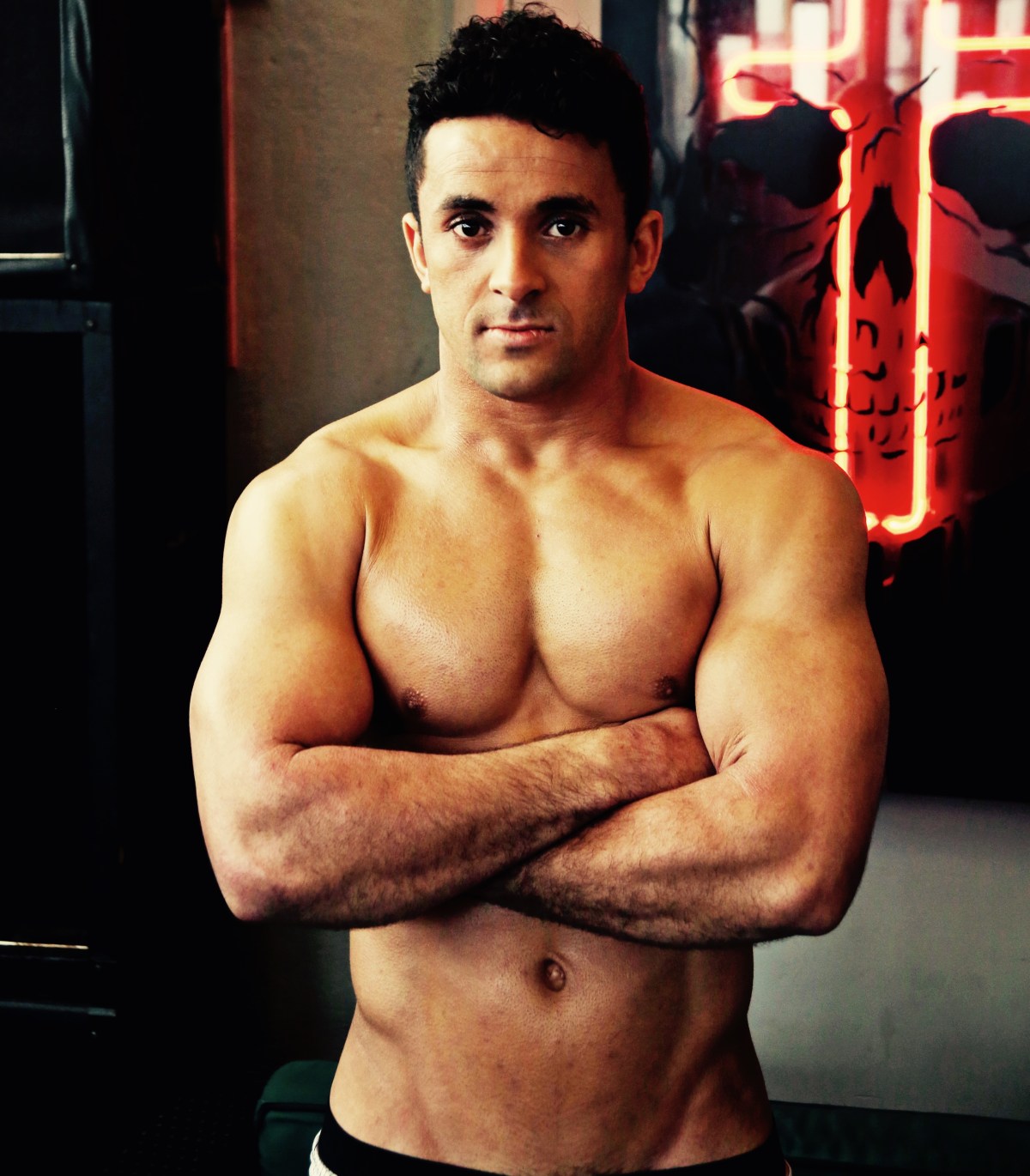 So when did that happen?

When I was 12 or 13 I used to search on the internet for gay sites. I remember this one time when I clicked the word gay into Google and all these pics of topless men and stuff came up. While I was looking, my dad had appeared behind me. I jumped out of my skin and pressed quit as soon as I could. I’m not sure if he saw what I was looking at but he just walked away and went into the living room. I’m not entirely sure if dad remembers that now, but I do – vividly. It was sooo awkward.

So when did you start meeting up with gay guys?

The first gay guy I met was when I was 15. I found him on online. I was on a site for older and younger guys called Silver Daddies. Even from then, I knew I was attracted to older men.

Were you nervous about getting involved with a guy?

I was still going out with my girlfriend, so I guess I felt like I was cheating in a way but I didn’t really know what I wanted at the time. I was exploring my sexuality. So after meeting guys from the internet I would feel so guilty about what I had done that I would beat myself up about it. There were so many emotions going through head that I had done something so wrong.

I was 15 and reasonably well developed, so I looked older than I was. I’d got chatting to this guy online and we agreed to meet. I was so nervous but excited at the same time because this was like my first interaction with a gay guy! He came to pick me up in his car and I remember thinking to myself, what the hell am I doing? It was so scary. Looking back I can’t believe I just went off with this stranger in his car – anything could have happened. But at that point I wasn’t thinking.

Well, we did the business. The guy I was with knew I had not been with anyone else before so he took it really slowly, which was nice. I was super nervous! Then after we did what we did, he drove me home. I felt so guilty about what I had done. I kept telling myself ‘you have to be straight’. I kept thinking about rugby and my family and kept telling myself that I couldn’t be gay. For days after, I would try to forget what I had done and I’d cancel the website account and get back with my girlfriend again. But then, a few weeks down the line, I’d get those overwhelming feelings again and then would go and see someone. 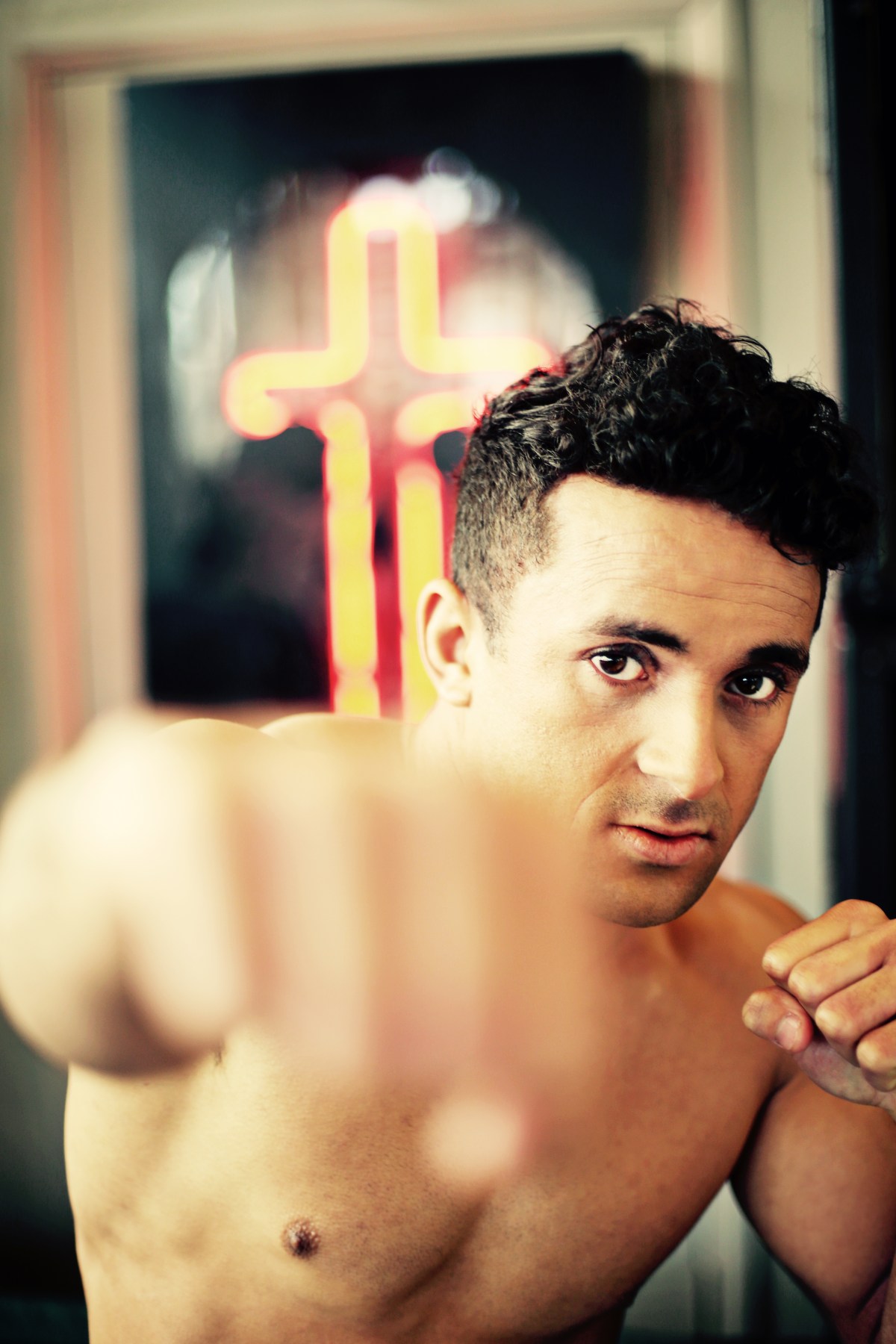 Did you see the same guy?

I saw him a few times but I saw a few other people too. I was young, I guess, and I wanted to see what other guys were like. And around 18 I met my boyfriend Laurence, who I knew straight away that I liked. But he’d just broken up with his wife, so he was a little harder to get through to him. But he would go on to change my life forever.

Part 2: Meeting the love of my life and our future plans.