Sam Stanley: ‘Laurence and I have talked about getting married…’ 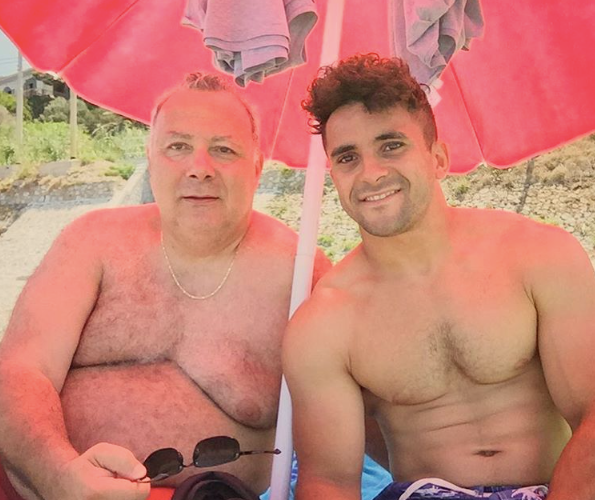 In the first part of our interview, Sam Stanley opened up about how he came to realise he was gay and started dated guys from online dating sites. It was on one of these sites that he travel business man Laurence Hicks, the man who would change his life.

So you met Laurence on website Silver Daddies. You obviously have a thing for older guys! Why do you think that is?

You know what, I cannot answer that question. Why do I like old chubby men? I just do not know. I just do and I’m happy. Maybe I like cuddles. I have no idea why I am attracted to this kind of guy, I just do. It is what it is, I’ve never really thought about it.

When you met Laurence for the first time was it a case of ‘phwooar’?

Kind of. We met, had sex… we sat down had a meal. And we just clicked. There was something about him that I just liked. A lot. However, because Laurence had had a relationship with a man that had ended nastily, I think Laurence was on his guard so he wasn’t as easy to read. He also told me he was ‘managing his feelings’ which I thought meant he was just sleeping around. But Laurence became my first love and we started hanging out together all the time but it took him a bit longer to get around to the way I felt.

How did you know Laurence was the one?

When we met he was the first person I had felt that special connection with. He cooked something for me, we actually spoke and I just really liked him. Normally I’d have gone back to someone’s house, hardly say a word, do the deed and then try to get out of there as fast as possible. But with Laurence it was different. I felt much more relaxed. But even though Laurence and I kept seeing each other, I never expected for things to work out. It just kind of happened. I never thought, ‘oh I need a boyfriend’ or anything, it just happened normally and we let it blossom. 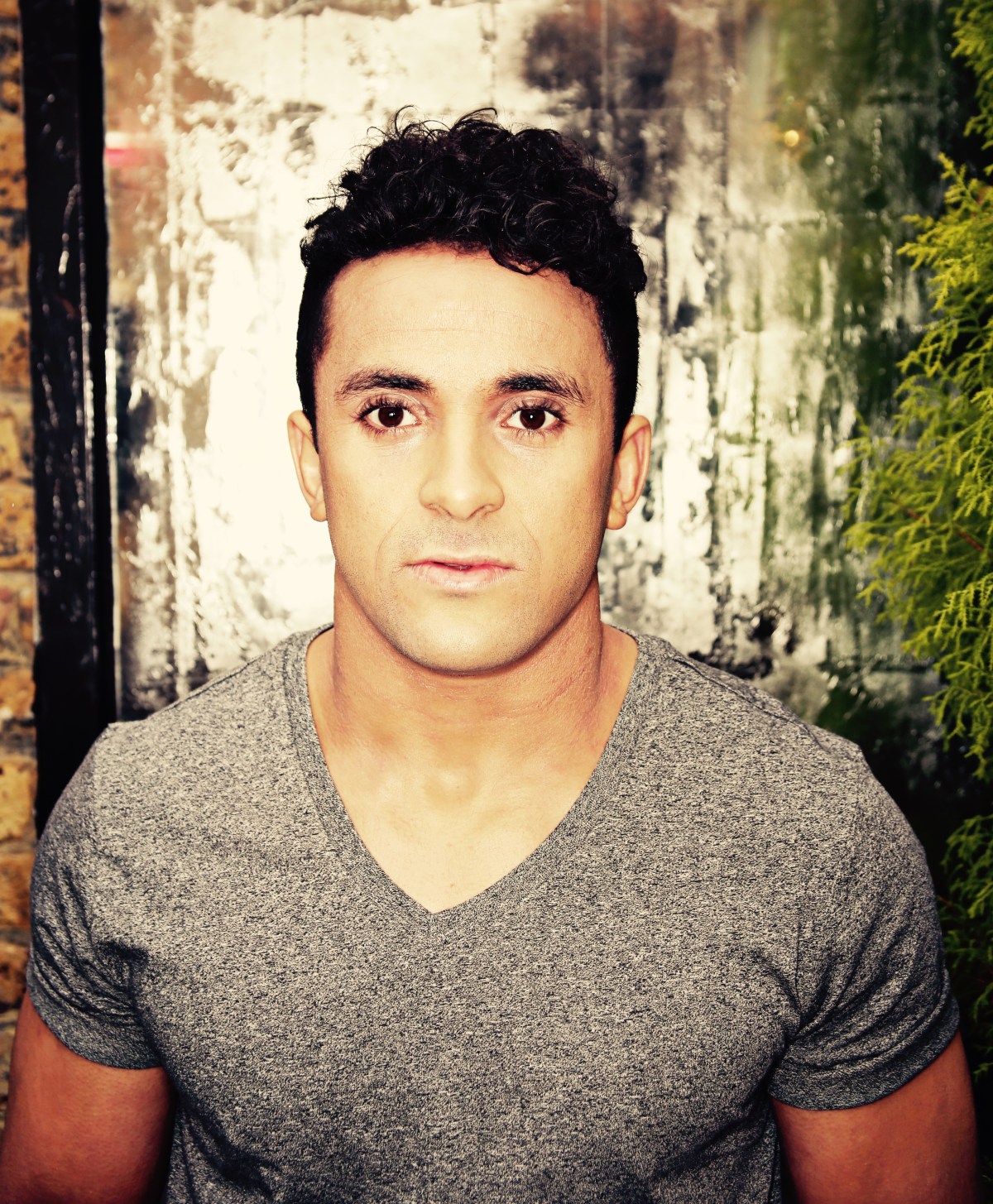 Has being a relationship been plain sailing?

We have had our issues, just like any couple. We have had our arguments, we have split up and got back together again! We’re just like a normal couple who go through issues that we have to work through. And all that had made us stronger. I would say I was the more emotional of the two of us I had never experienced love before. For him he had had bad experiences so he was cautious.

You moved out of home and in with some teammates. Did you have to see each other in secret?

We lived in together in Harpenden and I had told my teammates that I was off with my mum’s cousin. I got good at lying but I had to do it at the time.

Did he ever get to attendant of the games or functions?

He first came to an end-of-season do last year after I came out, but he had never been out to anything before that, which was tough on him. We were lucky because Laurence wasn’t out to his work mates so we were both in the same situation. But when my story came out his workmates were really cool about it. You’ve been together six years now. You must think about marriage and starting a family.

I love him and he knows that. We have spoken about getting married but he’s not divorced yet. Maybe one day we will think more about it. But I must admit I do worry with him being so much older about him going before me. I don’t want to be morbid, but I have to think realistically. I mean if he’s anything like his parents they have lived passed 90. He might be a bit out of shape but he is pretty healthy aside from his testicular cancer a few years back. He’s not been ill since we have been together I worry that one day something will just hit him. But he’s in great nick.

Tomorrow: Sam opens up about his suicidal thoughts and the difficulty he faced when coming out to his parents. 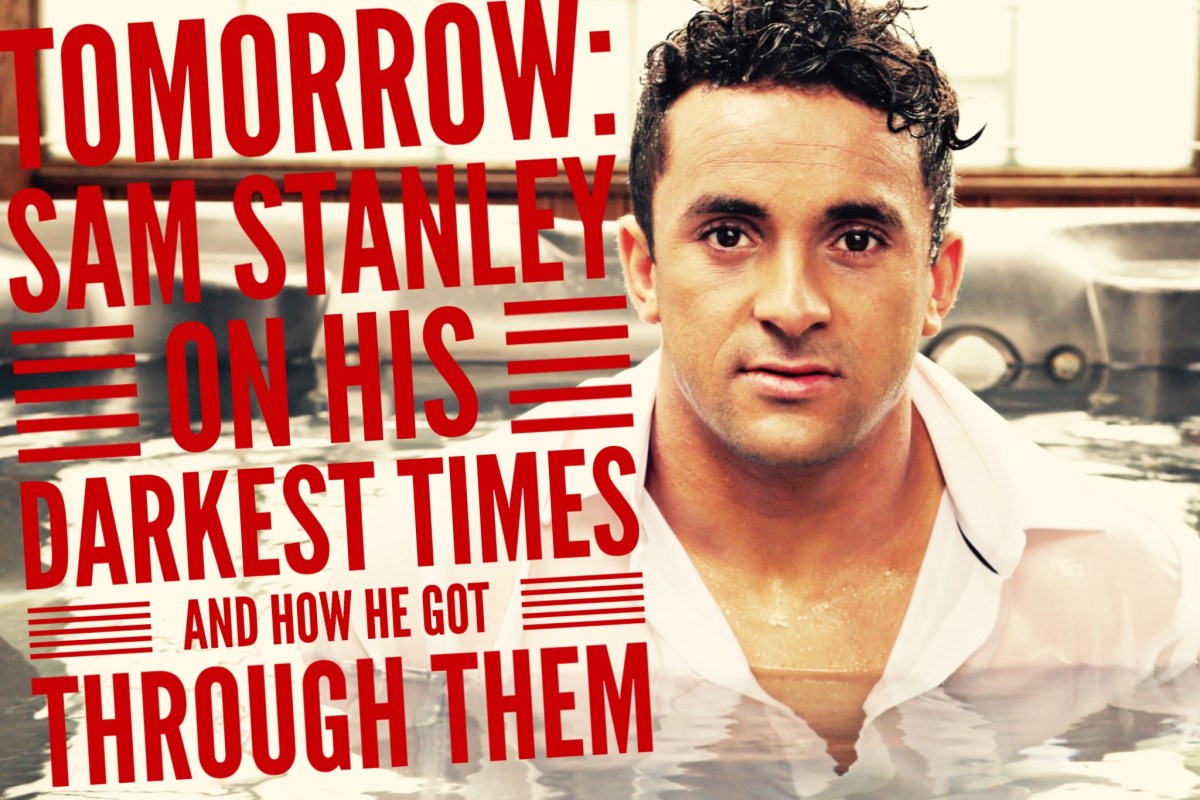