Big Brother’s Sam Giffen ‘I come across as confident but I’m actually quite insecure.’ 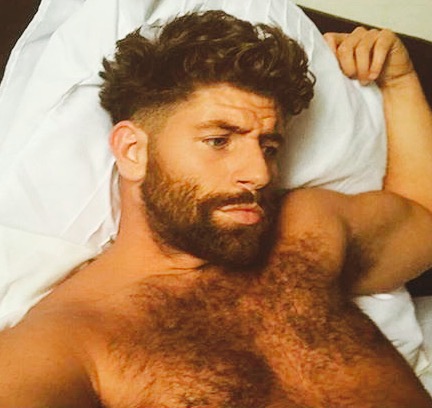 Now that Celebrity Big Brother has kicked off with a bang you may have already forgotten about the sensational civilian series that has just ended. Well, we haven’t, because we thought it was the best series in years and we can’t get enough of its gorgeous stars.

This year producers treated us to four fabulous and very different gay guys – Hughie, Ryan, Andy and Sam, who we all fell in love with in equal measure. But while Hughie and Ryan captivated us as they slowly fell in love, and Andy tickled us with his wicked and barbed one-liners, Sam was the sexy nice guy who got on with everyone in the house but criminally didn’t get as much screen time. Er, thanks producers!

Well, we loved Sam and to rectify his lack of time of the show, we tracked the fuzzy fella down for a chinwag about life, men and his fuzzy body! 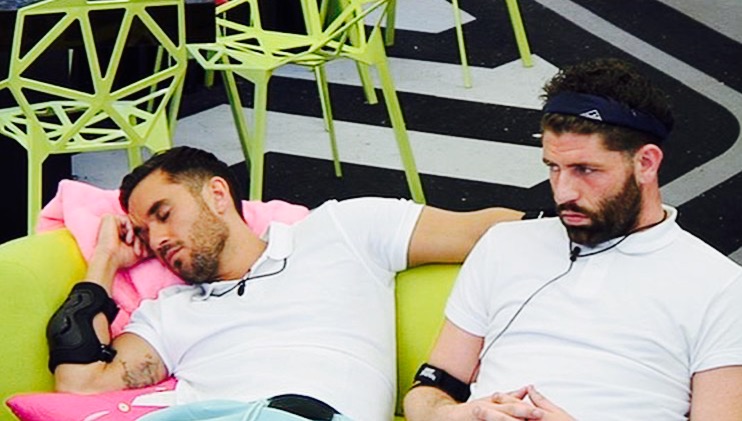 Welcome back to the real world Sam. It must be a relief.

Being back in the world, well, it’s been a bit of a shock. I was in there for eight weeks and I think I was ready to go when I did. I really missed being in the real world. Being in that house was completely mentally and physically draining. It felt like mental torture at times. But it was amazing. It’s a small environment with nineteen housemates with loads of bonkers people, and everyone having arguments around you. Noone can understand what it’s like in there until you are in there yourself.

It must have been really tough with no where to hide?.

There were times when people were struggling. Boredom is a massive killer. You have your tasks and your mates and conversations but the novelty of them wear off after a while so you get to the point where you stare into space for hours.

We were all saying that we might need medical help after the show. Our heads are totally mashed. I’m just craving lying on a beach in a foreign country with actual real life people. 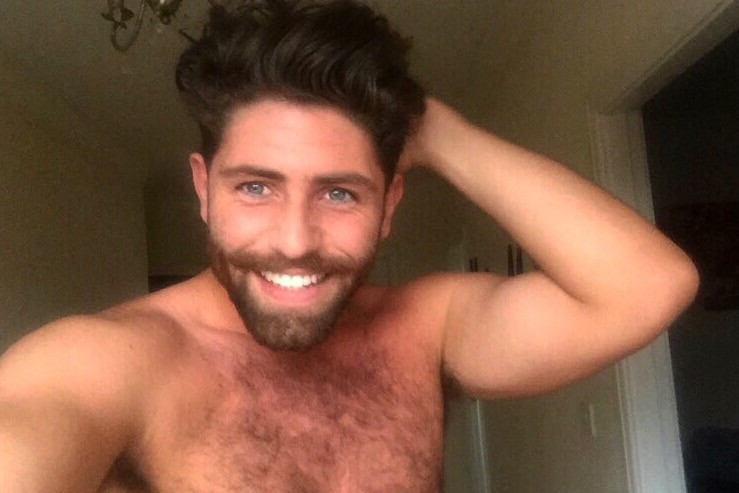 Take us back….When did you know you were gay?

To be honest, I always kind of knew. From a very young age, I was very much in tune with myself and I knew who I was from quite early on. I was also lucky that I had an extremely supportive family and a very supportive friendship group. So I don’t think i actually came out as such. It was always just assumed. I know there a lot of people who go through hard situations but I have had it quite easy. I haven’t hidden myself away from anyone.

How was it at school?

I got a bit of stick from some of the boys at high school, but I just rose above it and didn’t let it bother me. I told to myself I had to hold my head held high and crack on with it. That said, it was at high school – between 12 and 13 – when I was quite confused. I mean, I even had girlfriends. At this point I don’t think I wanted to admit it to myself that I was gay. I thought it might be just a phase but then I just know in your heart and I knew I had to stop hiding it from people.

So did you have to have those conversations with you friends and family?

When I was growing up through high school, everyone knew I was gay but I didn’t admit it. I was too scared to say anything. The bullies in school were holding me back from being that confident person and telling everyone how it was. It was only when I was 16 and had finished school that I was confident enough to go up to my friendship group and tell them who I am and they all turned around to me and said, ‘Sam you don’t have to tell us, we always knew, we love you to bits.’ 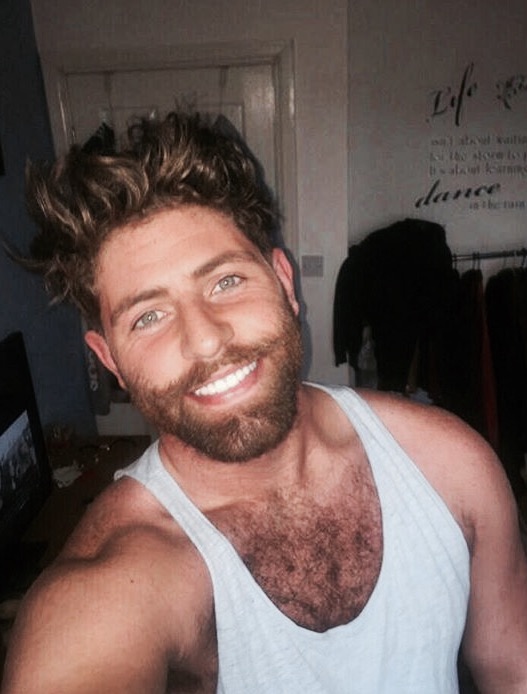 Awww… And what about your mum?

Well, I think she always knew from when I was a kid. She knows her own son. But when I was out on the town at 17, 18 exploring the gay scene, she’d worry about me. I remember one time I came home and she sat me down and she said ‘Listen Sam, I want to let you know that I know where you’re going, I know what you are doing. Just be safe, keep your wits about you. I know you’re exploring yourself, you’re exploring the gay scene, it can be a dangerous place for people, especially a young gay guy who has just come out. So that gave me the confirmation that she knew who I was.

Was that a shock to you?

My mum is my best mate, we’ve always been extremely close. It’s like talking to a best mate. The way I have been brought up by her, she’ll sit me down if she wants to talk to me, she’ll talk to me. It’s not like a strict parent situation, it’s more of a friend to friend kind of thing. My dad passed away several years ago so my mum has brought me and my brother up as a single parent. My mum is my whole entire world. She’s the one who has stuck by me through everything. She will never be disappointed in anything I do. So her sitting me down like she did and having that conversation gave me the confidence to go out into the real world and think ‘fuck it, I’m going to be who I am and not give a shit about what people say.’

When I first started going out there were quite a few gay bars on the scene and it was fun. I was a party boy and loved the Manchester scene. 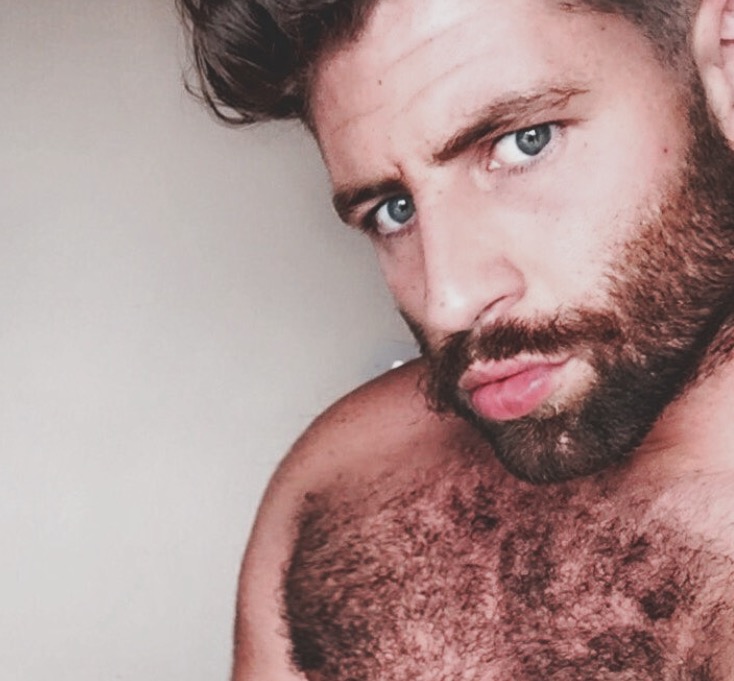 They edited my VT quite badly. They left a lot of stuff of what I said out. But what I was trying to say was that I don’t particularly go out on the gay scene anymore. Not because of anything in particular, just because the friends that I’ve got are girls and straight guys. I don’t actually have many gay friends, I have one or two. But when I used to go out on the gay scene I found it quite intimidating at times. But that’s probably because I was young and fresh. You get different kinds of gay guys, you find those bitchy situations and I don’t like that kind of atmosphere. But then you have those places where there’s a happy vibe. All places are like that though. I have no problem going out on the gay scene.

You’re a handsome guy – but did you ever have any insecurities growing up? I mean, you can grow one helluva beard!

In the house, Jacko would call me fuzzy bear every day because of how fuzzy I was. I do come across as confident but I am quite a shy guy. Growing up I was quite self conscious and insecure about my body and as I’ve grown up I have learnt to love my body and love the way I look. When I look in the mirror I don’t think ‘wow you look great’. I look in the mirror and think ‘what can I improve?’ I need to change my mindset and learnt to appreciate my body.

Well, we think you look great! You’ve got a great physique.

I’m naturally broad and stocky. I proper love my food and don’t have the dedication to go to the gym very day. But that’s fine by me. You don’t need an amazing body to look good. If I want to change then I will. But for now I am okay. I do work out here and there. But I am learning to like what I have 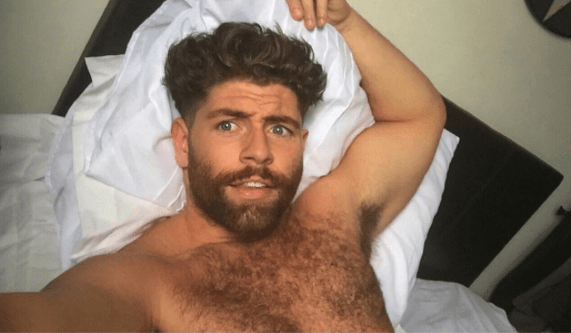 So how’s the love life?

I had a boyfriend but split up with him back in December. So I am single. It took me to the age of 23 to get me a boyfriend. Don’t get me wrong, I had been happy being single but then I met this guy and bingo. He was the first boyfriend I had, I fell in love but unfortunately it didn’t work out. So I am back single again. But right now I want to concentrate on myself and my career. I want to get my head screwed on and settled and then I can think about men. I am not a massive dater. I don’t do blind dates. I have to get to know people before I go on a date with them.

Are you an App Chap?

Me and my ex actually met on Tinder, so apart from that not really. I think I prefer to meet guys naturally, you know you bump into someone and get to now someone. But because I don’t go out on the gay scene I don’t meet that meet many gay guys. But I am planning to move to Manchester at the end of the year so we’ll see what happens.

What kind of guy do you go for?

I like someone who is down to earth, with a good heart, humble, fun-loving, a nice genuine guy with a bit of character to him. I like a masculine look, rough round the edges, a bit of stubble and fuzzy. Someone handsome, someone who can look after me and respect. I’m not too picky. If I connect with a person then I pursue them. No one really caught my eye. I got on with each and every one of them and they have become good mates. Me and Ryan have known each other for years and as everyone knows we had a couple of tiffs in the past. In the house we were very close in the house but they didn’t seem to show that. He really is a lovely guy, he’s very handsome, and he and Hughie are very good together, they deserve to be together. Andy, he’s an absolute gem, we had some great conversations he’s a bit of a flirt too, but it’s all banter. And all lovely and we’ll all stay very good friends.