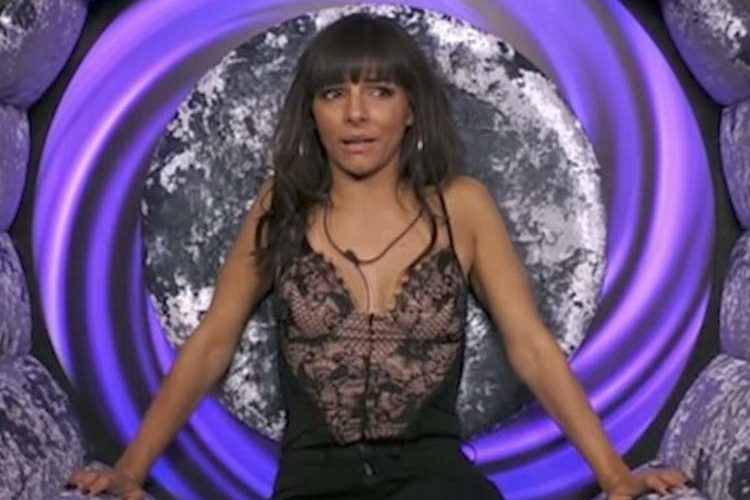 Former OK! editor Christian Guiltenane slams Roxanne Pallet for her manipulative and desperate behaviour that could have destroyed the life and career of an innocent man.

This week fans of the show were appalled to see the attention seeking actress claim that Ryan had ‘punched’ her several times and left her feeling so intimidated that she asked Big Brother if she could sleep in a separate room. 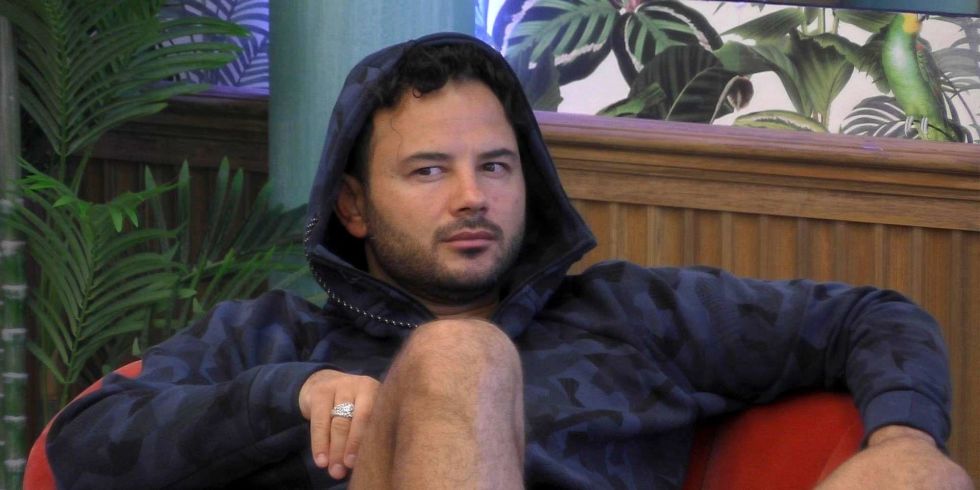 Although she shamefully insisted that she had been brutally attacked by her fellow soap star, viewers saw that the incident was nothing more than a gentle playful tap, played out in full view of the other housemates and that she actually made light of it in the moments after. CLICK HERE TO SEE THE INCIDENT

But if Roxanne thought this ‘storyline’ would attract public sympathy, she was wrong. Instead, she received a backlash from the public and fellow celebrities who found her behaviour distasteful.

I have been lucky enough to call @ryanjamesthomas my friend for many years now and I am horrified at what happened on last nights #cbb how can someone get away with clearly manipulating a situation and attempting to tarnish someone’s name!! Get her out!! 😡

Roxanne’s a known, compulsive liar. Ryan wouldn’t harm a fly. Horrible, attention seeking little liar. Goes from being upset & in pain to dancing & drinking – to going bed, crying she can’t sleep in the same room as Ryan, to worrying about being nominated?You be the judge #CBB

She’s not ‘mentally ill’ or in need of ‘help’. That denounces that people with actual mental health issues are as vindictive and menacing as her. They are not. There is a big difference. That was calculated and manipulative beyond belief. Ryan ❤️

So, all of Roxanne’s social media has been deleted. Says a lot to me. I’ve woken up this morning even more furious for @ryanjamesthomas and all the women who actually do suffer from abuse. It’s not normal behaviour and there needs to be consequences.

Watching #CBB I feel gutted for Ryan, really gutted. That’s a very spiteful, dangerous game Roxanne is playing. I’m not down for it AT ALL..

Roxanne clearly needs help. What she has done in the house is incredibly dangerous and damaging to not only  Ryan, but to women and men who really do suffer from domestic violence. FYI Two women are killed each week due to domestic violence and 1.2 million cases of serious domestic violence were reported last year and Roxanne, who once claimed to be a victim of domestic, has used it as a way of garnering TV time on the show.

Her behaviour has been unbelievable. From the moment she walked into the house she has been ‘acting’, playing a role that just isn’t her. Sadly her acting skills, as displayed in Wrong Turn 6 and Lake Placid 3, aren’t particularly good so when we watch her do her turn, it’s incredibly unconvincing because you can see the wheels in her small mind turning.

When she visited the diary room playing the abused victim, it felt like we were watching an audition, one, I might add, that wouldn’t have got her the job! 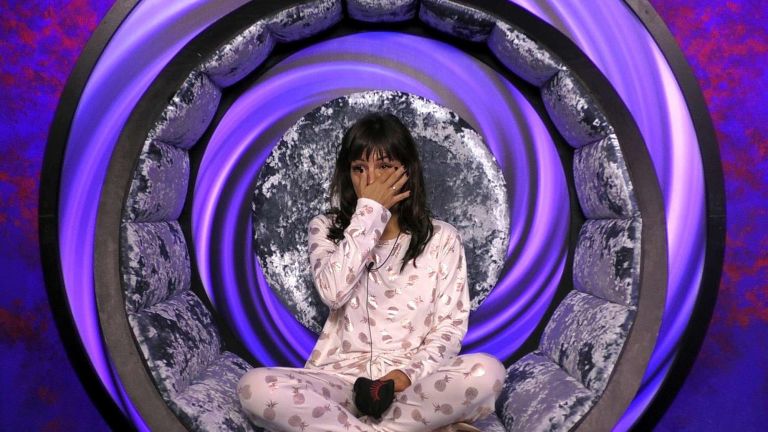 Now she’s left the house I hope she sits down and realises the damage she has caused. By playing her pathetic game, she could have seriously destroyed Ryan’s reputation and future career. Just imagine if the clip of Ryan’s ‘punch’ didn’t exist – the public would have believed him to be a thug and an abuser because of her stupid accusations.

It would seem that Roxanne went into the house with an agenda and head full of storylines in a desperate attempt to claw back her failed career. But to do that by defaming her friend is simply unforgivable and the outrage Ryan’s devoted cast mates have displayed is entirely justifiable. 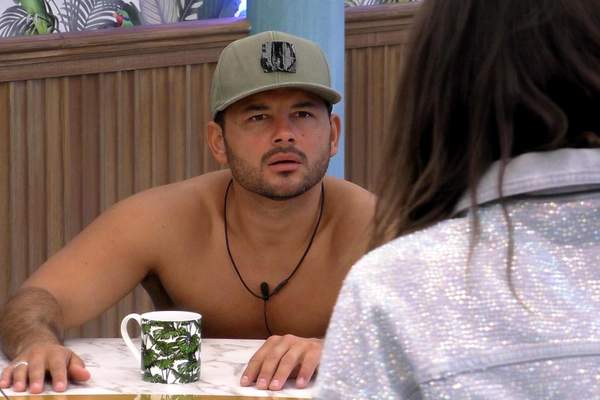 Roxanne should be totally ashamed of herself for trying to discredit a well respected and popular actor and by undermining the real cases of domestic abuse.

I have worked with Roxanne in the past during my OK! years and really liked her. In one issue she opened up about being the victim of domestic abuse and spoke in depth about her ordeal. But now we have seen her exposed as a fantasist, what can we believe anymore?

She doesn’t realise that her awful behaviour has left her a national hate figure for using a serious subject for her own career gains. To use abuse as a tool to garner sympathy and attract headlines is despicable and she should be very ashamed of herself.

So too should the producers of Big Brother, who in lapping up the drama, seriously damaged Ryan’s reputation. The way the show was played out for viewers, the ‘punch’ scene drifted by without anyone noticing anything untoward. The following scenes were filled with Roxanne’s crazy rantings which then put in people’s minds that Ryan was an abuser. 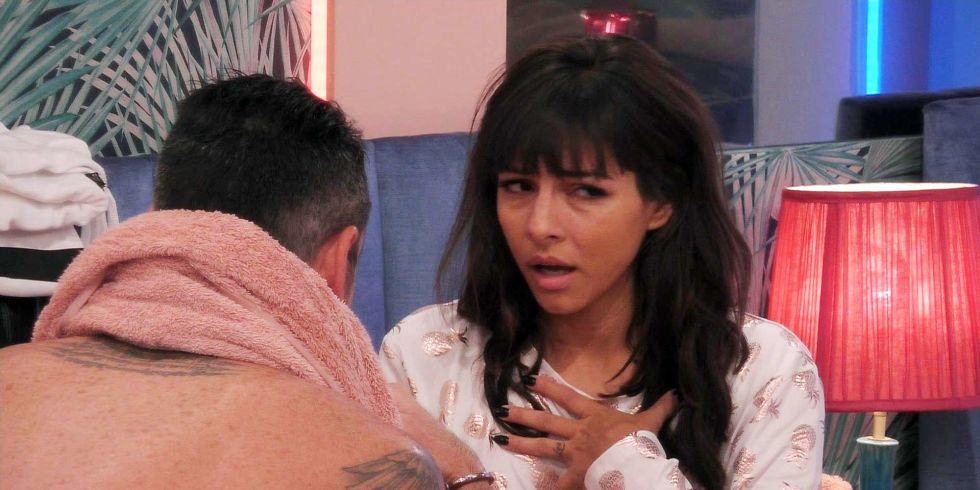 And when BB insanely issued him with a formal warning, it appeared to support the mad rantings of Roxanne. Unless viewers were able to review the scene or they had watched the subsequent discussions on CBBBOTS (Nicola McLean, you’re a queen!) , viewers wouldn’t have been able to work out what had really happened. I believe Big Brother should have replayed the punch clip every time, Roxanne mentioned her ordeal so that viewers knew what had really happened.

Luckily, the nation now knows that Roxanne is a fantasist and that Ryan is a victim of a desperado’s attempt to regain something of a career. So onwards and upwards for Ryan – I’d say walk away from the show with your head held high and take action against Roxanne for what she tried to do you. And Roxanne, good luck love in  finding work in the future, because after your disgraceful behaviour, you’re not going to find it easy!