Actor Rik Barnett: “Bullies would try to strangle, punch and kick me!” 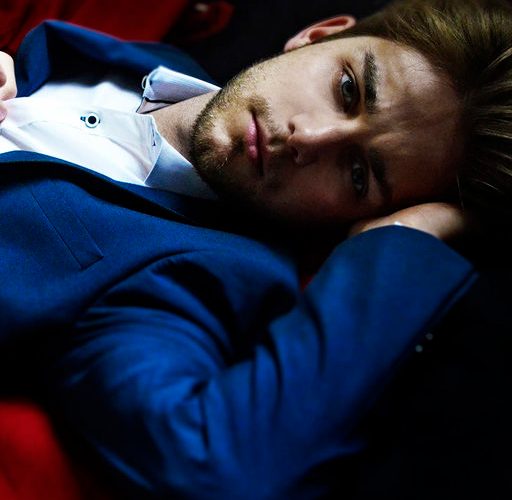 Actor Rik Barnett may look handsome and confident when he strides across a stage in one of  his many successful productions, but that wasn’t always the case.

At school, life was a constant nightmare for the northern lad as bullies physically and verbally abused him on a daily basis – just because they thought he was gay. The ongoing torment led him to suffer from severe anxiety.

Now almost ten years on, Rik has managed to shrug off the past as best he can as he throws himself into acting. But memories of those tough times still live on in his mind.

Here, the handsome young young actor and writer opens up about his experiences at school and how life has changed for him now. 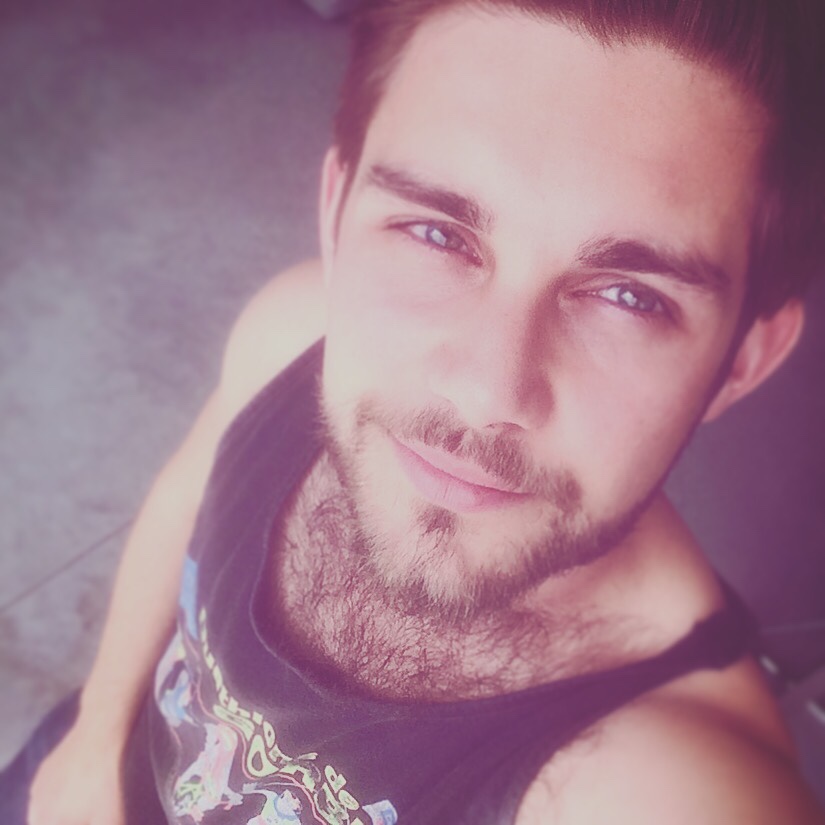 I was young, around 12 and questioning things. But by 13 I knew for sure but I didn’t come out until I was 15. Thankfully my family and friends were all incredibly supportive.

I was bullied throughout all my school years, appallingly. Beaten and belittled daily. It was horrific… so due to that I didn’t want to be gay. But ironically, when I came out of the closet, the bullying stopped.

What were they bullying you about?

My sexuality, the other kids in class were more than happy to call me “gay” before I was confident or secure to say it myself. That then made me feel ashamed and out of place.

The bullying was a daily horror for me. Even from a young age, I had to change primary school because of the bullies… People wild call me names in the classroom, in the lunch hall and even outside of school. I would get beaten up too, strangled, punched, kicked and spat on. It was utterly harrowing and something no one should have to endure. 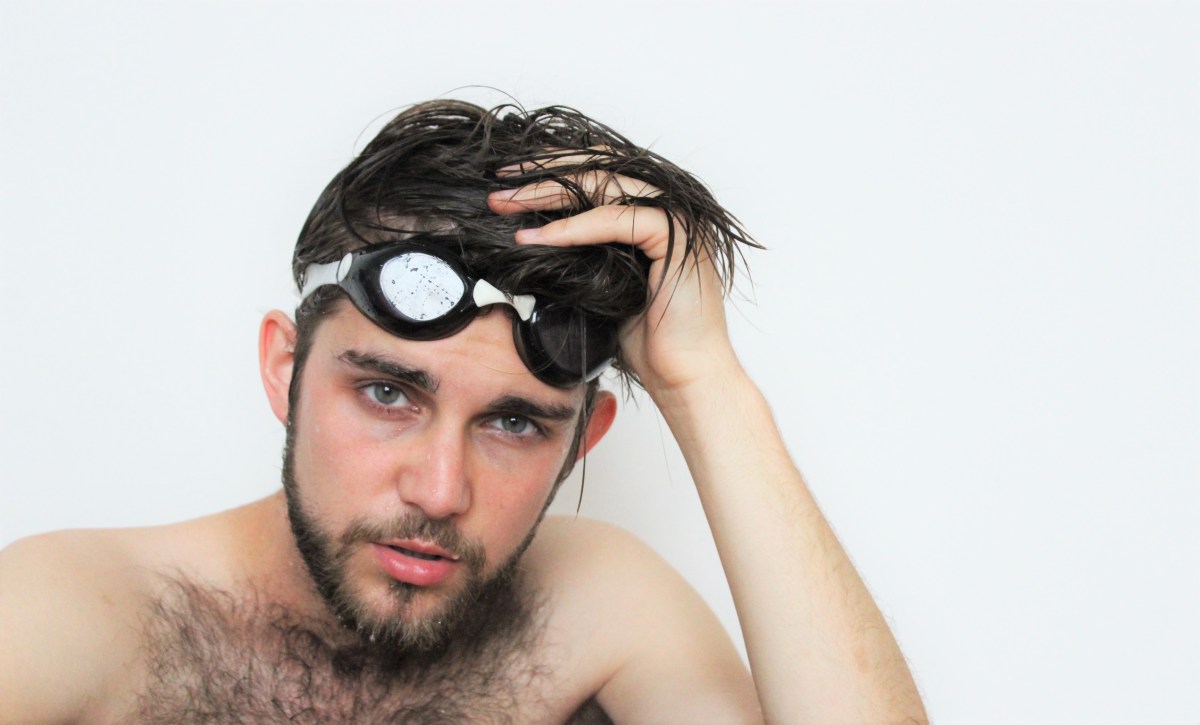 They were strangling you?

Sadly the “worst” of the bullying wasn’t just pegged down to a handful of instances… There was a long time where daily beatings and insults would just happen, it became the norm for me. Threats to my life were made, I was stabbed with forks or needles from sewing class, kicked in the groin, punched, strangled, face stamped on. I had been strangled in the hall, had been body slammed in the lunch hall, my face stamped on… you name it..

I would have verbal abuse hurled at me and if I would tell them to “stop” or I would threaten to “inform a tutor” the violence would happen. Or if they saw me alone and would just attack, like it was a sport. Understandably they were unhappy and unconfident as individuals… and belittling me in such a manner made them superior within their own little world. One bully who used to spit on me and kick me came to class one day wearing a hoodie and sneakers I had donated to charity the week before. I realised then that his parents couldn’t afford to buy him new clothes (they were drug addicts). Another bully sadly lost his sister who passed away from a brain tumour, another bully’s parents were going through a divorce…. It made me sad for them, I understood their frustration. Not that any of that is a valid excuse to make someone else’s life miserable. 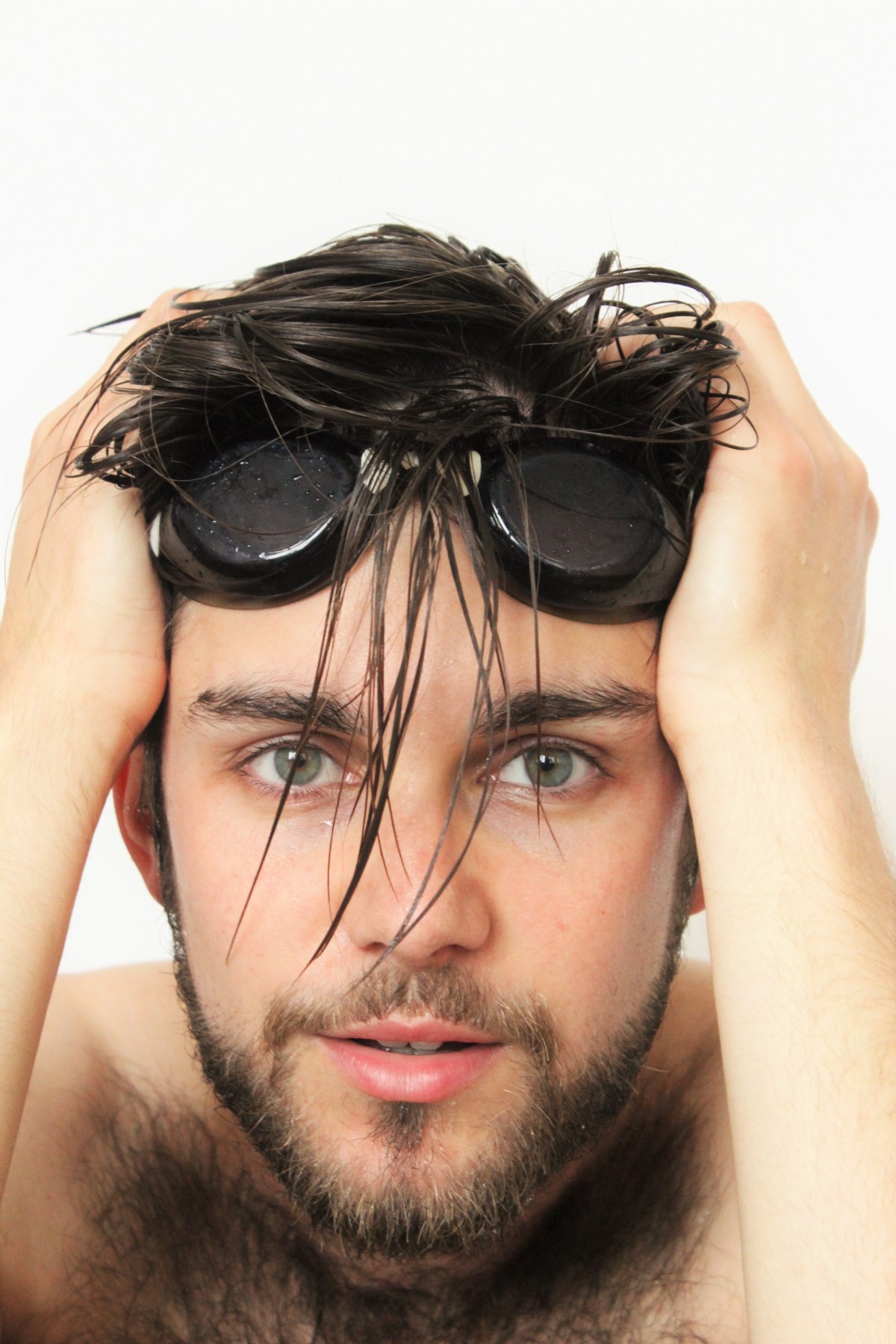 Certainly not. Did you tell anyone?

I told my parents and they tried tirelessly to get help and guidance from the school and even the police. The headmaster at the time had an idea about bullying; that the bully and the bullied needed to resolve it themselves in a quiet space, so he would have me sit in his office with the guy who just strangled me in the hall… It was terrifying and brought no resolve.

How did it make you feel?

It made me feel like I was wrong, wrong for existing how I naturally was. Wrong for being ME.

Did you fight back?

Towards the end, after I had come out of the closet a guy threw a rock at my head and called me a “FAGGOT” and I turned and punched him till he fell to the ground. He never said a single word to me ever again. 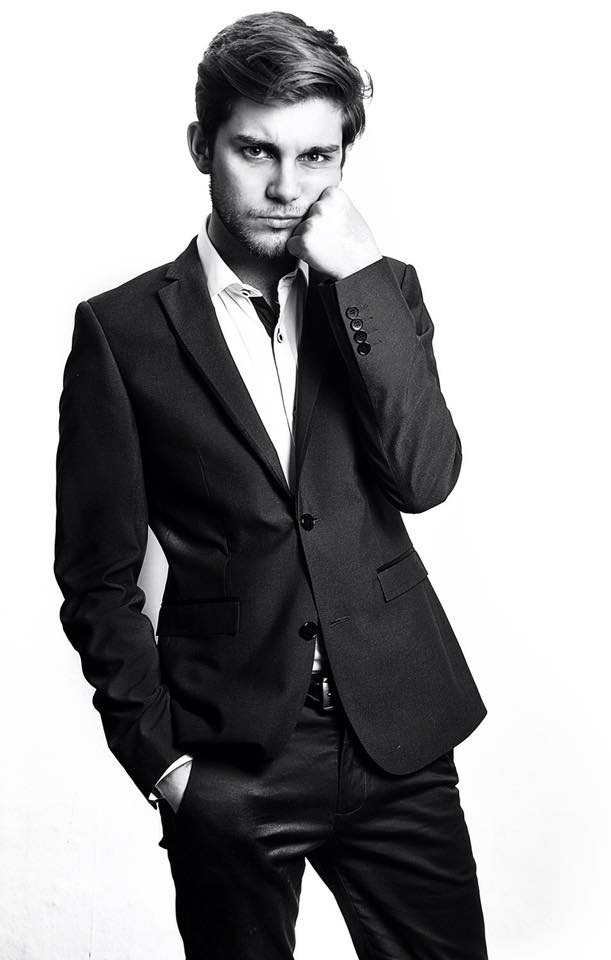 Were you scared of school?

I missed about three months of school and even got taken to the emergency room from being so sick with anxiety. I was deeply ill with gastroenteritis from “extreme emotional stress”. Sadly the system and way of dealing with LGBT bullying was archaic. I just hope that this is now something teachers are trained and prepared to deal with and help resolve. I hope that anyone suffering bullying of any kind, be it emotional, physical or phycological… just know that you are not alone and that you will get to the other side. Be strong, talk about it and no matter what… never stop being YOU.

I guess, Rupert Everett, Graham Norton, the gay people who were on my TV and living a successful life. Also, my older brother Lee, who is also gay. He helped me tremendously in discovering the gay world. 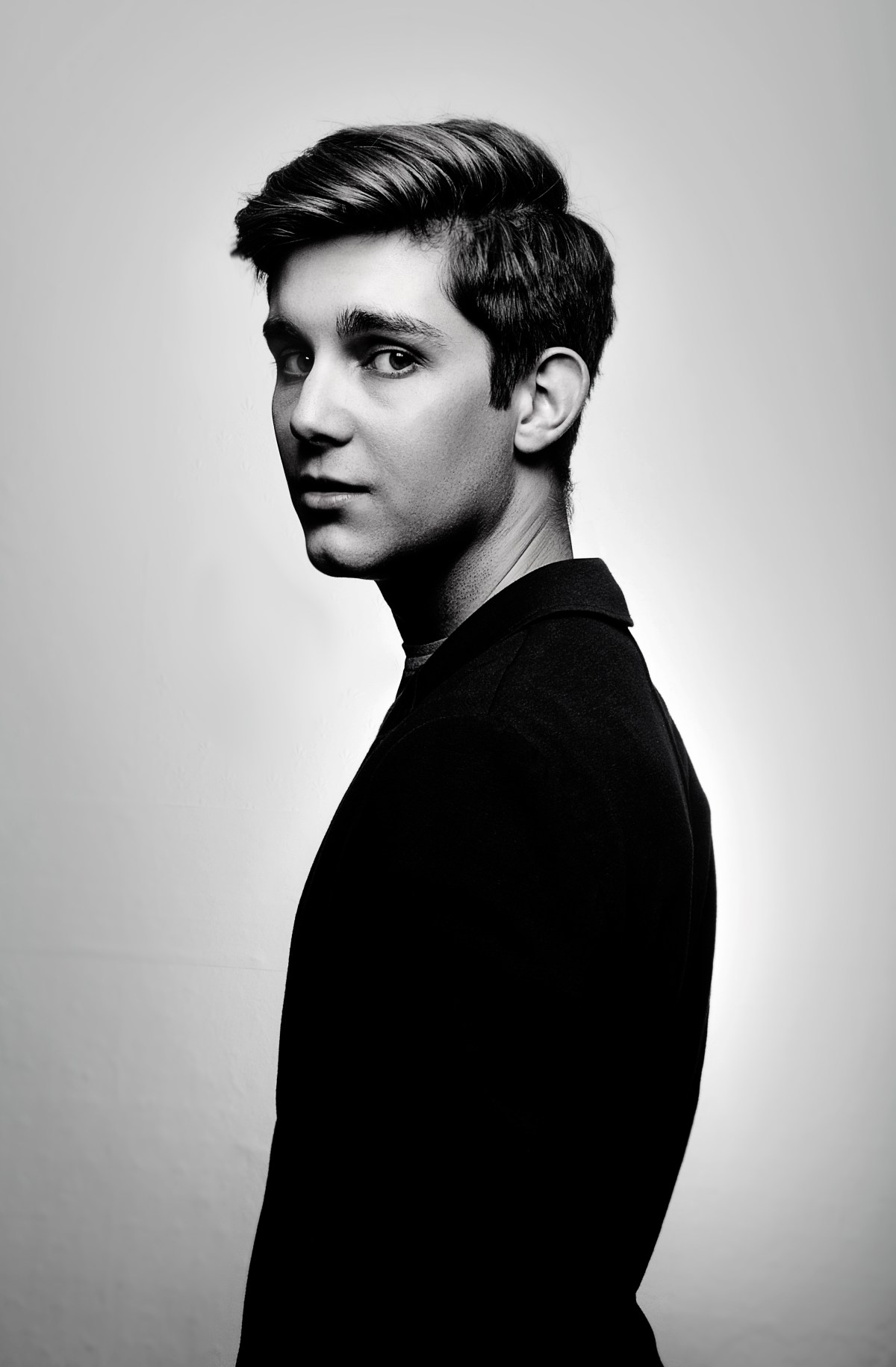 I am not sure why, but it was my dad… so my mum did it for me. He came in and gave me a HUGE hug and told me that he loved me.

Who was the first person you told and their reactions?

I told my mum, she was fine with it… She was more worried that I may be lonely, what with living in a small town.

Did any one have a tough time dealing with it?

One uncle said some nasty things, he thankfully got phased out. As for the bullies at school, it slowly disappeared and stopped.

Moving on, you’re an actor now…

Yes, I have done a variety of things, but back in 2010 I starred in Rebels Without A Clue and won the best supporting actor award at Ibiza International Film Festival.

That’s a great start! Is it an easy industry to break in to?

Absolutely not, sometimes it’s like a battle up-stream… but I was raised to go after what you want and do what you love. So, that is what I do. 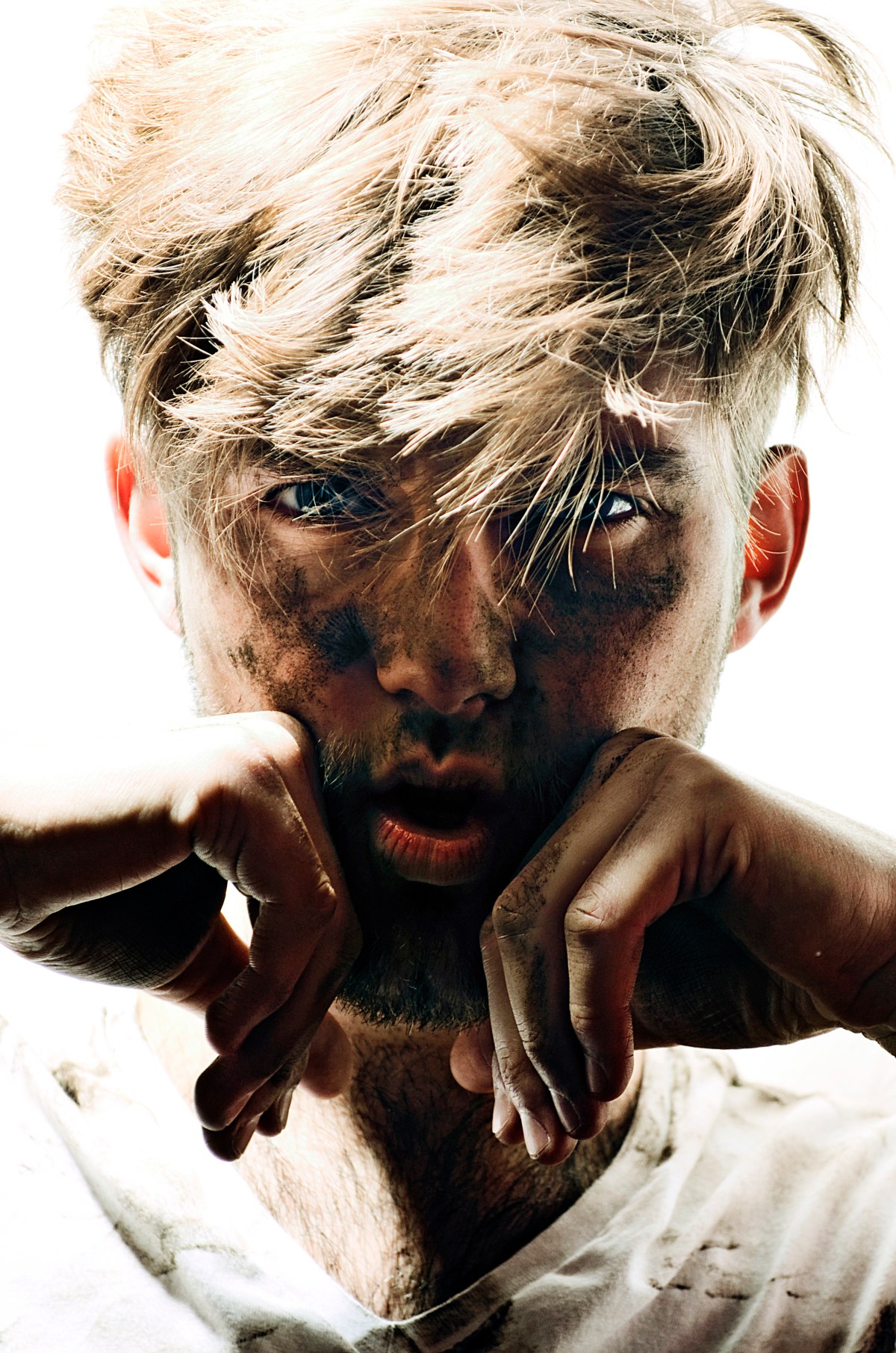 You’re a good looking guy – in this industry is the way you look important?

Firstly, thank you… But in all honesty, I think looks don’t matter at all as long as your talent shines through.

I try to swim daily and go to the gym as often as I can.

I feel comfortable with the way I look, but about a year ago I noticed my metabolism slowing down and suddenly the packet of biscuits I was inhaled started to reside on my waist… So I tend to take care and watch what I eat and keep active.

Not at all. I used to be very self-conscious. But the locker-room and being on naturist beaches freed me of all of that. Now I just don’t care. We are all different and wonderful, it is liberating and fantastic. 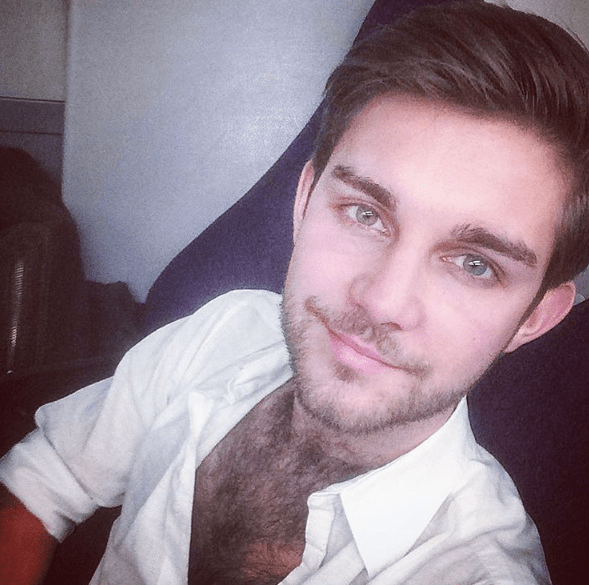 A lot of gay guys criticize other lads who work out saying they are making other guys feel bad about their bodies. What do you think about that?

I think it’s the media that gives out the wrong stereotypical image… the same as women feel the pressure, I think men do too. The images we all see in magazines and on TV and in film are not only manufactured but utterly unachievable. I am just a regular guy who happens to enjoy swimming… I swim for me, not to look good -that is just an added bonus. I think we should all embrace one another for how we look whatever our body size or shape.

What’s body part are you happiest with and which aren’t you as happy with?

I have HUGE ears, someone said recently that my ears rival Russel Tovey’s. But in all honesty, I used to hate them and be so self-conscious of them… now I LOVE them. They are what make me ME. It also makes me easy to identify, “oh Rik, that guy with the big ears”.

On a night out, I get a lot of comments about my chest. That and guys grabbing at my crotch. 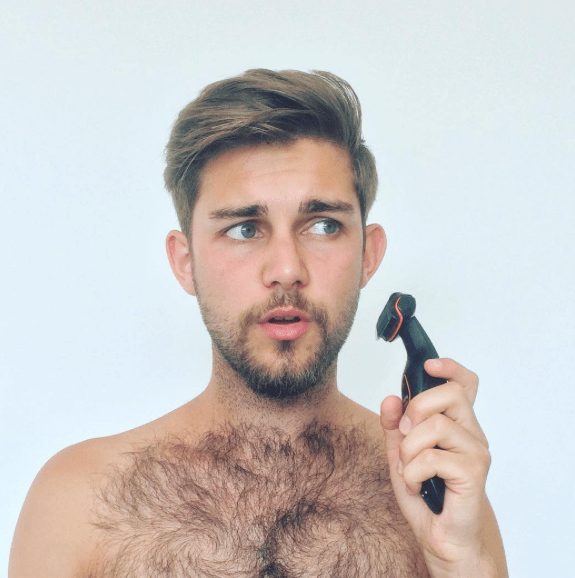 You are indeed very hirsute. Have you ever been tempted to wax? Or are you proud of what god gave you?

I was 14 when my chest started getting hairy, and I loved it! Sadly, when I started out acting, I was shamed into waxing and ridding myself of my chest hair. It was the industry and my manager that did that. It was difficult to be a growing, maturing lad who was being shamed of his natural look. But thankfully when I sacked that manager I was liberated and free. And I love my body and my chest.

What are you up to at the moment?

This year my focus is working on my own my one man play BOSIE (www.bosietheplay.com). Also, I am producing for the first time, a three night run of “RENT” in Cheshire to coincide with World Aids Day and we will also be raising money from this for the Terrence Higgins Trust (www.MRB-PRODUCTIONS.com).