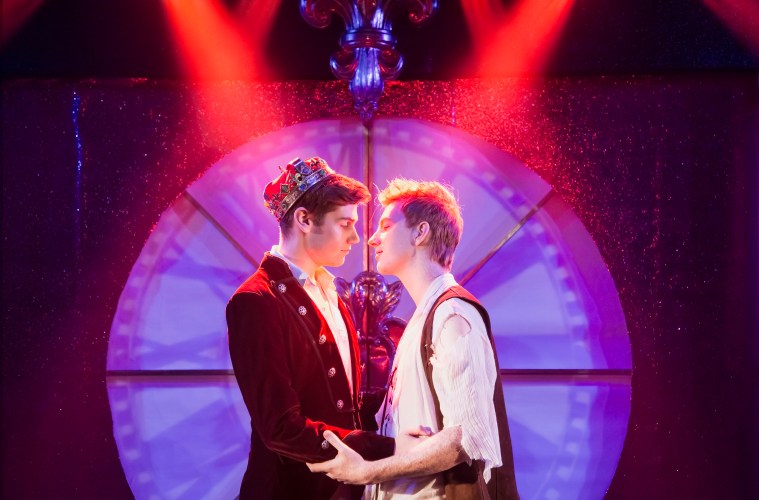 REVIEW: Tinderella: Cinders Slips It In

The question of what theatre is for has been speculated over since before the days of Euripides. Critics and audiences will argue forever over whether it is for education or entertainment. Some playwrights will fanatically discuss the power of theatre to reflect on current events, others on the power to influence the future. Whether a mirror or a flashlight, it’s an issue that seems to be discussed without cease.

I’d argue that Tinderella: Cinders Slips It In, the gay pantomime I watched at the Above The Stag Theatre in Vauxhall links education and entertainment to a hugely powerful effect.

The writing is sharp, funny and a bit meta (‘Where did you get your accent?’ ‘Drama School’) and the scenery is spectacular for this tiny fringe space, with slick scene changes and the essential staple of the pantomime: a gauze curtain.

Gay jokes are visible a-plenty, and those who are afraid of crudity should probably avoid this production altogether: suggestions of ‘gaping holes’ bound cheerfully through the vibrant script.

The production has a slightly rough edge to it, the Vauxhall trains can be rumbling overhead and occasionally characters step outside the plot to reference it. It’s also early in the run; The night I watched, a script cut had just been made and the first scene saw one actress fearlessly improvise past a forgotten line.

The story is pretty much standard Cinderella, except Cinders is now a man, Buttons is his gay unrequited love, the Prince is a grindr-addicted, love-seeking singleton and the Fairy is an American lesbian desperately trying to fit into Slutvia, the pantomime’s setting.

There is plenty of ‘Oh No He Isn’t’s, ‘He’s Behind You’ and boo’s: it’s the most interactive fun I’ve had in the theatre for quite a while. Credit must go to all the cast who hurl themselves into it: Rebecca Travers (The Fairy) and Louie Westwood (Maude Escort: an ugly stepsister) prove themselves masters of comic timing, just ahead of the crowd of talent that tears joyously through the evening. Special notice must go to Joseph Lycett-Barnes as Prince Charming for his slightly mesmerising dancing in his first appearance.

Where writers Jon Bradfield & Martin Hooper excel themselves is in the deeper recesses of the pantomime’s dichotomy of the gay world. Even after Cinders and Prince Charming are together, Cinders is checking his grindr: ‘force of habit’. Maude Escort has a monologue on the nature of being labelled ‘ugly’ that rendered the audience weak with laughter, but somewhere deep down struck a chord with this reviewer. 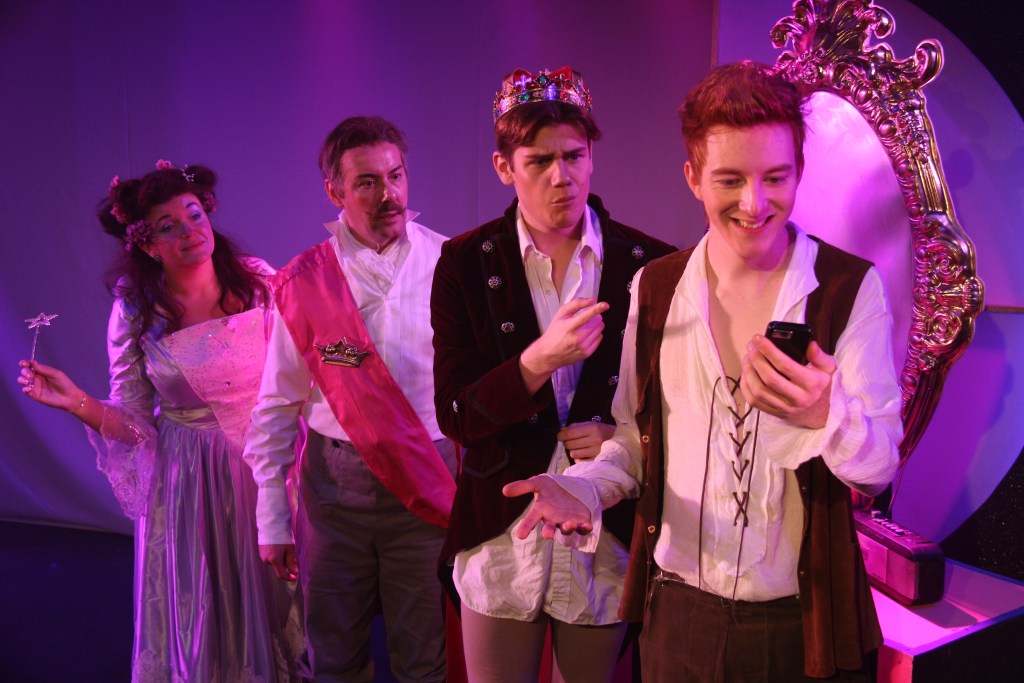 You don’t exactly expect the laughing-stock of the piece to chastise the hero, telling him to ‘check your privilege.’ Prince Charming talks of his longing for something meaningful in the world of apps and instant gratification, but instantly turns back to his old ways in the face of any rejection. It is somehow very important that, despite this painfully accurate social dissection, we are still laughing.

In a pantomime that readily references Syria, ISIS, sexism, homophobia and more general prejudice, the marvel is perhaps that I left lit up from within with happiness and laughter, protected briefly against the harshness of the world. And what, I ask you, is a better use for theatre.