Wow! Is this the greatest magazine cover of 2017? 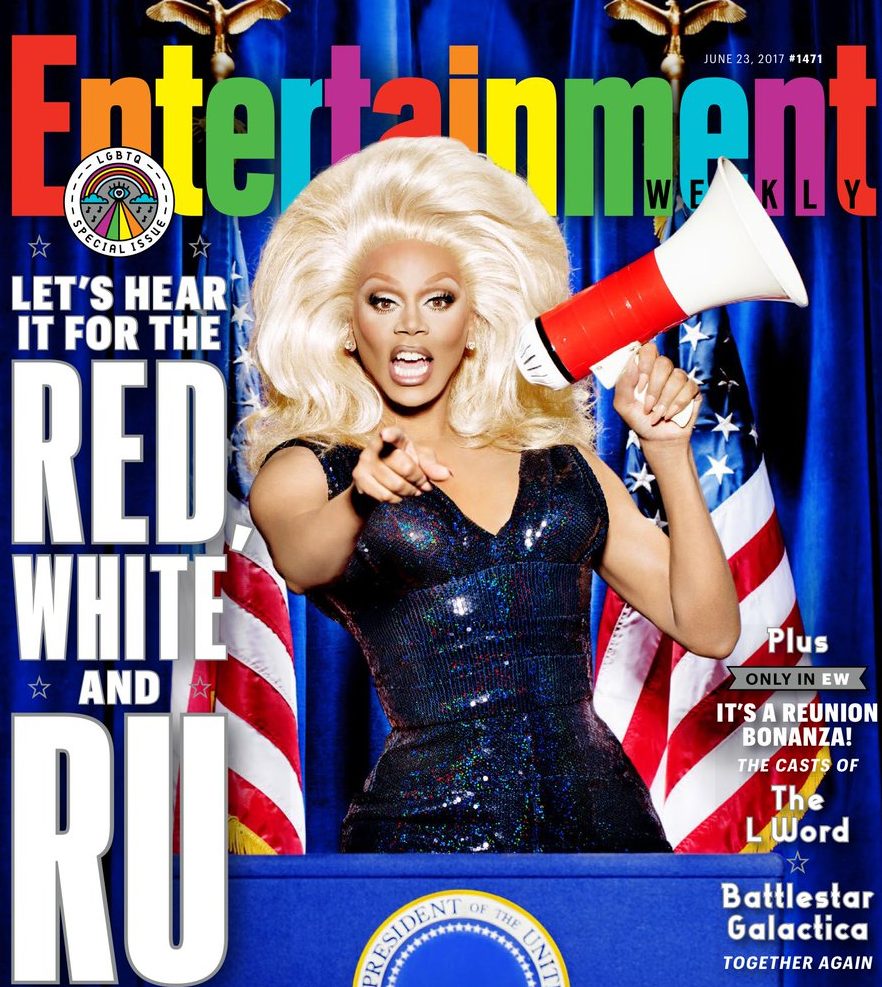 US magazine Entertainment Weekly has published what is by far the most exciting issue of the year.

To celebrate their LGBTQ Special issue the EW team put their heads together and chose RuPaul to grace their prestigious cover and look back at the past thirty years of LGBTQ pop culture.

In the beautifully illustrated feature, Ru and some of her friends  look back at her rise to stardom from her humble beginnings growing up in San Diego to conquering the world with Drag Race.

One of the most fascinating insights in the magazine sees RuPaul reveal how adopting her supermodel drag look back in 1991 (yes boys, RuPaul has been around for yonks!) helped give her career that all important boost.

“I decided I wasn’t going to do black hooker. I was going to do amazon supermodel,” she explained. “And one day my friend DJ Larry Tee called me snd said ‘Ru, I’ve noticed you’re doing the supermodel look now. I’ve written down some lyrics to a song. I need you to hear this.”

His DJ mate Larry Tee told EW: “We had gone to see the Versace show in Milan and all of the supermodels were there – Linda, Christy, Naomi, Cindy – and they all held hands singing George Michael’s Freedom. And when we came back I remember thinking: ‘We’ll what could Ru sing about?’ There was nothing like RuPaul in media at the time and I wanted to tap into the supermodel moment and the growing gender conversation.”

And so the track Supermodel (You Better Work) was born. Weirdly, however, the demo was rejected by every label it was played to. But Tommy Boy Records, a label best known for rap and hip-hop, heard something they liked in the dance track and decided to sign Ru up straight away. And the rest, as they say, is herstory.

Come through America's First Lady of Drag! 🙌😍🙌 Mama @rupaulofficial looking GORGEOUS on the cover of @entertainmentweekly!!! 🙏💃✨ Head to the link in bio for the article! 👆 . 📸: @tonykellyworld . Catch Mother at the #DragRace Reunion tomorrow night at 8/7c on @vh1 💋

To read more from RuPaul, check out the latest edition of Entertainment Weekly. Available from the app now, or in UK shops next week.