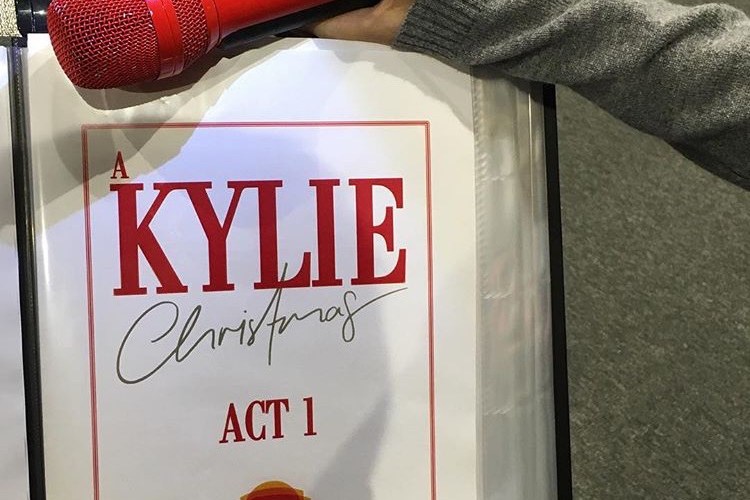 The streets of Soho must have been a soulless, desolate ghost town on December 11 as flocks of feverish fellas descended on the prestigious Royal Albert Hall to see Kylie Minogue kick off Christmas.

And by jimmy, didn’t she just!  Not one of the Santa hat-wearing devotees was left disappointed, as the perkiest popstrel in popdom put on a lavish show that was simply unforgettable. 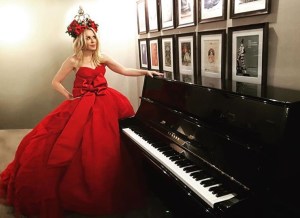 Shrouded in the first of a series of divine Dolce & Gabanna-deisgned sequinned capes, Kylie kicked off the show with festive relish, singing a suitably nostalgic rendition of the old classic It’s The Most Wonderful of the Year!

What followed was a technicolor dream, with Kylie belting out joyous tunes from her Kylie Christmas album plus classic hits from her faultless back catalogue such as Wow and Spinning Around,  and an insanely dramatic rendition of Can’t Get You Out Of My Head! 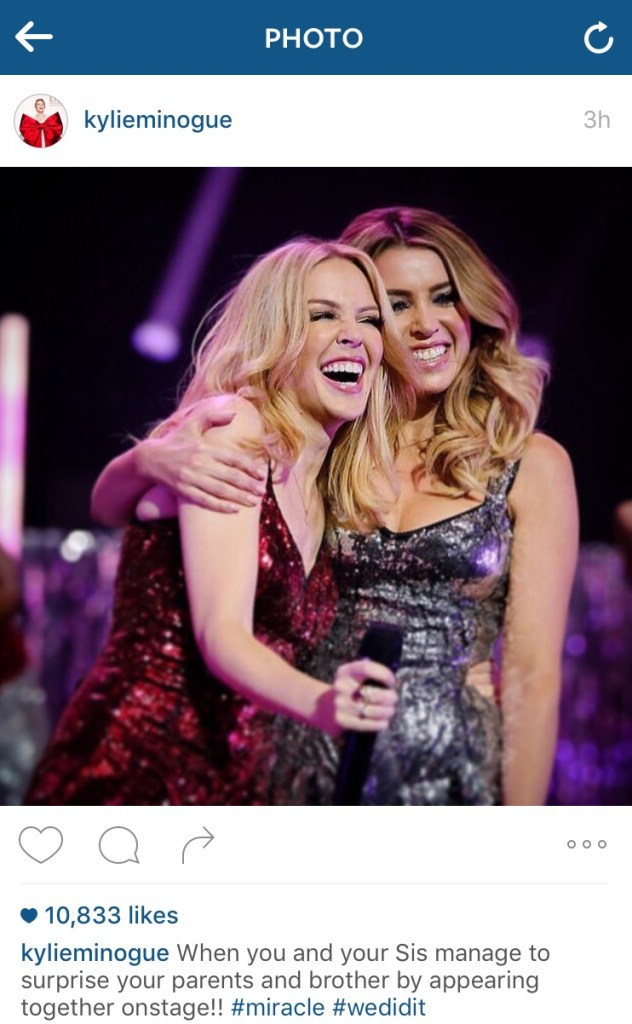 Lead single Everyday Is Like Christmas (co-written by Chris Martin) was simply joyous, a sing-along anthem that had Christmas classic scrawled all over it, while the exquisite Only You – previously a hit for Yazoo and The Flying Pickets – was heartbreakingly beautiful, backed by a heavenly sounding youth choir that made the song even more haunting. Rock legend Chrissie Hynde joined Kylie on her a lush cover of The Pretenders classic 2000 miles which left lumps in the throats of all who watched on.

However, the album’s stand out White December – the closest Kylie has to Mariah’s All I Want for Christmas Is You – was shamefully left off the set list, which was simply madness, considering the odious Waitresses’ ‘classic’ Christmas Wrapping took up so much valuable performance time. 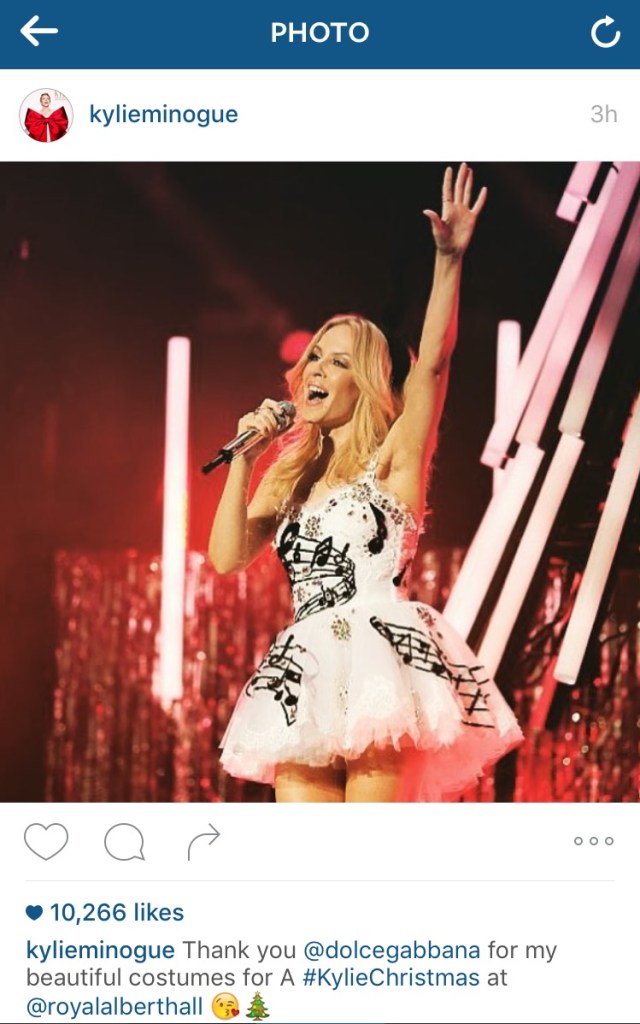 Act two saw Kylie joined onstage by her sassy sis Dannii on the disco belter 100 Degrees, which sent the assembled legions of gays in to fits of hysterics (two Minogues on one stage!!! A Christmas miracle if ever there was one!). The majestic Your Disco Needs You – the legendary fan-fave non-single from 2000’s Light Years – kept up the feverish atmosphere and had the crowd weeping and hollering with joy.

The rest of the show saw Kyles alternate between tracks from A Kylie Christmas, other Parlophone era corkers (All The Lovers, Love At First Sight, I Believe In You) and a couple of the less cool PWL tunes (The Locomotion and a Jason-less Especially For You) thrown in for good measure. Sadly, there was no Better The Devil You Know, Shocked or What Do I Have To Do, but we can forgive Kylie for that, as the two hour extravaganza was absolutely the best Chrimbo pressie she could have ever given her loyal and devoted fans!

Thanks Kylie! Merry Christmas to you!

Act 2
On a Night Like This
100 Degrees (with Dannii Minogue)
Spinning Around
Your Disco Needs You
Santa Baby
Let It Snow! Let It Snow! Let It Snow!
Jingle Bell Rock
12 Days of Christmas
Locomotion
I Believe in You
Only You
Love at First Sight
All the Lovers
Celebration
Encore
Especially for You
I Wish It Could Be Christmas Everyday

See the show on Sky Arts on Thursday 17 December at 9pm!