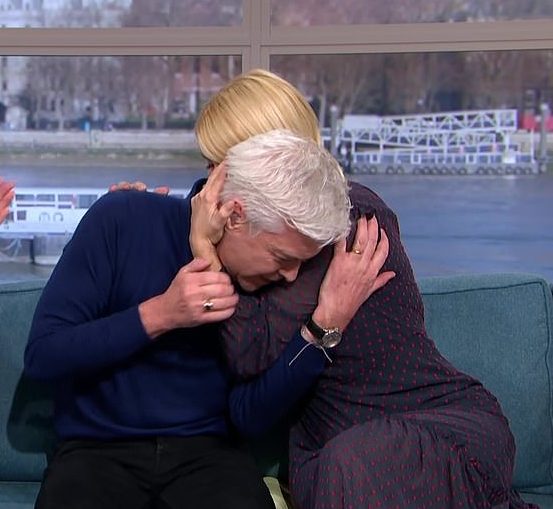 Phillip Schofield has come as gay. Speaking in an Instagram post, he revealed that after much thought and consultation with his family he had decided to tell the world that he was gay. 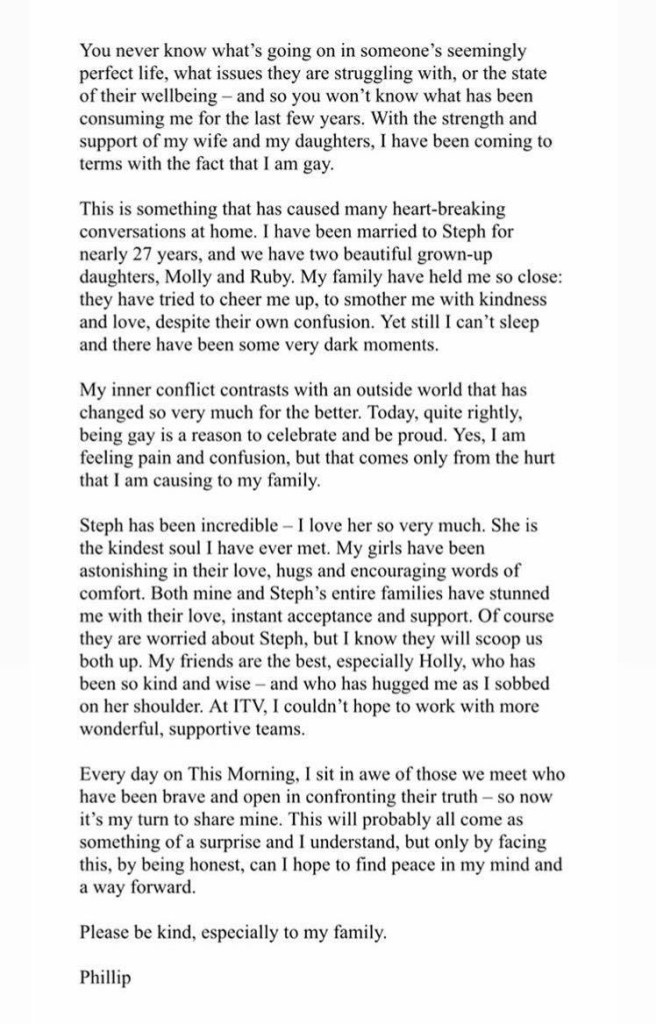 Shortly after posting the announcement on social media, Phillip appeared on This Morning alongside his TV wife Holly Willoughby to explain his story in full and explained that coming to terms with his sexuality had been hard for both him and his wife and daughters but had made it easier by opening up about it.

‘Every person I tell it gets a little lighter and a little lighter, at the same time I have made this decision which is essential for me and essential for my head and that is principally the reason I have done this. My family have been supporting while we get to this moment because we all know it was coming.

‘We’ve never had any secrets. It is tough but it’s not something that has happened quickly, I have had to deal with his in my head for quite some time, we’ve gone through this together, we have been honest and have been open and Stephanie as I said, you know…

“She’s amazing, she’s incredible there’s no one in my life who would have supported me, as a wife the way she’s supported me, she’s astonishing, literally astonishing, it’s a good questions, you know this has been bothered me for a very long time…

“Everyone does these things at their own speed in their own time when the time is right, there’s no question it has in recent times consumed by head, and has become an issue in my head, and so I got to the stage where I thought we sit here every day and I’m over there and some amazingly brave incredible person it sitting here and I’m listening to their story and thinking oh my God you’re so brave, and I’m thinking I have to be that person.”

Phillip also admitted that he was inspired by the guests he has met on the show who have been so open and brave about tough aspects fo their lives.

“I got to the stage where I thought, we sit here every day, I’m over there and this amazingly, brave, incredible person is sitting here and I’m listening to their story thinking ‘oh my god, you’re so brave’, and I’m thinking ‘I have to be that person, I have to be that person’, because all you can be in your life is honest with yourself,” he said.

He added: “Every person I tell, it gets a little lighter but at the same time, I have made this decision which is essential for me and it’s essential for my head and thats the reason I’ve done this.”