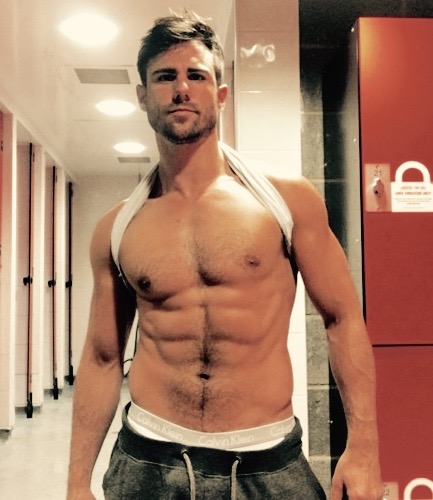 ‘When I was diagnosed with HIV I thought I’d be alone – but then I found the love of my life.’

Actor Peter McPherson opens up about living with HIV,  how he found love and why West End Bares is so important to him.

For the past few years West End casts have bandied together to produce a saucy annual show in which they sing and dance with barely a stitch on. But it’s not just to whip the easily aroused in to a wrist-waggling frenzy. It’s also to raise loads of dosh for HIV-related causes via  The Make A Difference Trust. Here, one of Excalibare’s very gorgeous stars, Peter McPherson, explains why the show means so much to him and opens up about the day he was diagnosed he with HIV and how he went on to find the love of his life.

Peter, first of all, take us back. When did you realise you were gay?

I was 15 and I’d gone away with a friends family to a holiday park and I noticed an older guy. I couldn’t stop looking at him and then it suddenly hit me, “oh my god I’m gay!”

About half an hour!

A guy saw me in a show I was doing at my local Town Hall and got in contact with my dance teacher and asked if I’d go on a date with him. He became my first boyfriend.

Was it something you were ever worried about?

No it’s never bothered me. Everyone has always been so supportive.

Probably my parents, but my sister broke the news to them when she found out. She was so upset that she blurted it out crying to them! 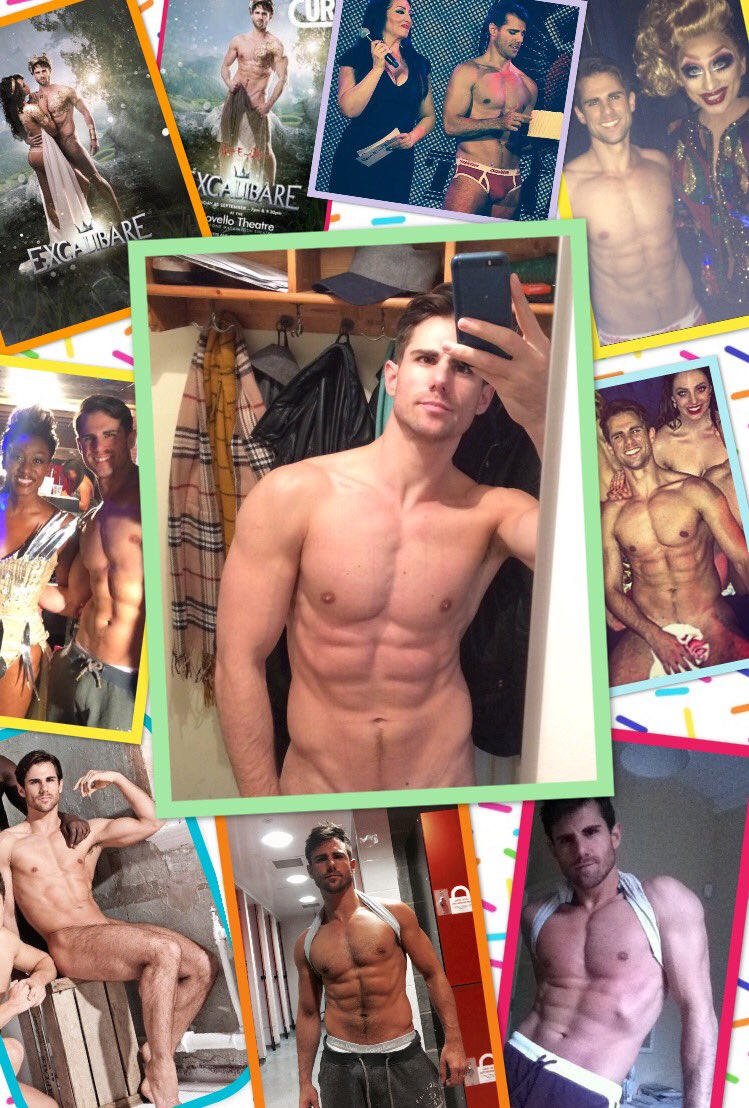 Who was the first person you actually told?

The first person I told was my dance teacher Julie. I remember sitting trying to word a text and deliberating whether to send it or not for about an hour.

What were the reactions?
She messaged me back straight away saying ‘Congratulations’. I knew then that everything was going to be okay. I could cry just thinking about that moment.

Awww. How was school?
I was always picked on at school and called gay but it wasn’t until the very end of school that I realised I was. I’m not even sure the bullies totally knew what they were saying. To them the word ‘gay’ was another offensive word. School was a very tough time for me.

You’re living with HIV – how did you deal with that when you were first diagnosed.

I had been very sick and knew something wasn’t right. I remember when I was told the result, the room wasspinning and I just felt sick and in utter shock.

The news must have come as a shock. Did you hit a dark time or did you remain very positive?

The darkest time was the night before I got tested. I’d been very ill and went home to be with my family. It was late and my parents were going to bed and I googled ‘HIV Symptoms’. When I read the list I knew I had every symptom. I stayed up all night terrified. It was the worst night of my life. At three in the morning I ended up calling a helpline because I didn’t know what else to do. I’m very fortunate to be very close to my parents and I told them the same day I was diagnosed. It’s always kept me going knowing they know and I don’t have to hide anything.

Did you have counselling. Was it hard to share your diagnosis with friends and family?

My dad took me to the clinic not knowing why. I only had five minutes to deal with it myself before I had to break the news to my dad. It was tough as all the information I had was what I’d just given me in that five minutes. But was glad to have professionals there to fill in the blanks I didn’t know myself. His first response was ‘How long has he got to live?’ My heart broke. When I got back to London, it wasn’t until nearly year later I saw a patient counsellor and he introduced me to a ‘newly diagnosed course’. I realised there were a few issues I’d not really dealt with. It was a brilliant support group and great to meet people going through the same situation.

What were your initial fears and what was the reality?

That I was going to be on my own for rest of my life. That I was unlovable. That no-one would want me now.

How did that affect your dating life. Is it a hard subject to broach?

I was off sex and men for quite a while. When I did start dating again I discovered it was always best to be up front about it. That way you wouldn’t get too far down the line and have to drop this bomb shell. If you’re up front about it you can see if they can handle it or not. Then you’re not wasted their time. 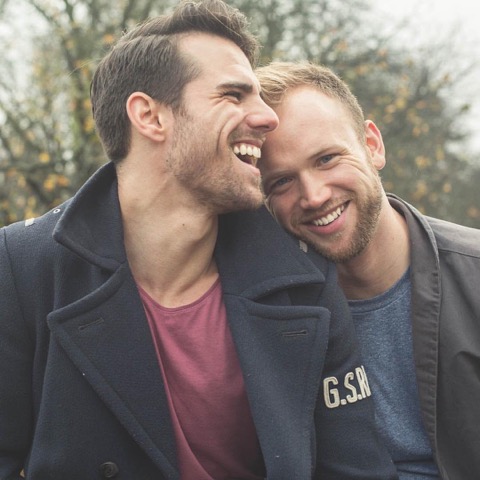 You are married now – where did you meet your chap?

David’s a performer as well. I was invited to his last rehearsal of Starlight Express before they went on their Asia tour and he was in the cast.  I remember thinking, ‘Wow he’s hot!’ and getting a little bit flustered. He has the most incredible blue eyes and I was just struck.

When did you realise that he was the one for you?

When he was in Asia I went out to visit. We went to Indonesia for a mini holiday and we were on a beach and I knew there was really something there. I could be myself and he allowed me to be me. Also me being HIV+ never seemed to be an issue for David. He was totally cool with it. When I left to come back to England, David stayed because of work and then when traveling and then to Australia to visit his sister. He called me everyday!

It was amazing. I knew from very early on in the relationship that i was going to marry him one day. We got engaged but because we were both very busy we never had an engagement party. So when David’s sister was visiting from Australia the following year, we decided to have a party. We realised quite soon on that we only wanted a small wedding with just our closet friends and family so we decide to change the day into our wedding. We only told the people who came to the ceremony and then surprised everyone on the evening! It was an amazing day and I still catch myself and smiling thinking about it.

Is it hard to keep a relationship buoyant – is it a hard job?

I think it’s like everything. To make something work you have to invest in it. Doesn’t mean it has to be hard work. To me it’s not a hard because I love what I get out of it. Communication is everything!

Are you a romantic?

I have my moments!

What’s the most romantic time you’ve had with David?

When David proposed he took me to Paris. It was incredible. 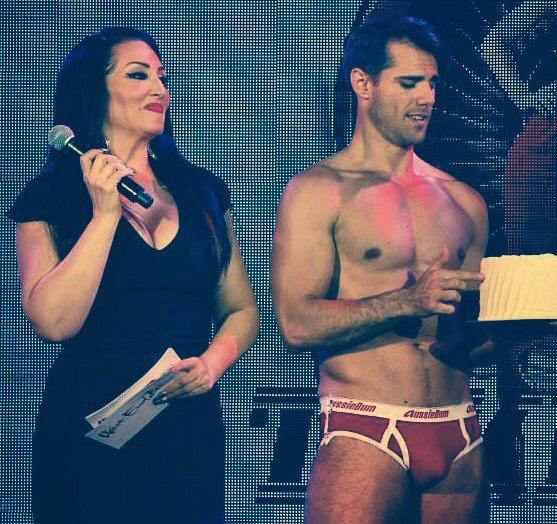 Tell us about West End Bares – why is it so important to you?

Every year WestEnd performers come together to get naked and raise a lot of money for ‘Make a Difference’ Trust, a brilliant charity that raises funds for HIV and AIDS projects that build awareness and provide care, support and education in the UK and Sub-Saharan Africa. Every year there’s a different theme and this year the theme is ‘Excalibare’. Like Excalibur but ExcaliBARE! Get it?!  This project is important to me because it’s a subject I’ve been through, had to deal with and have an understand of. I realise I’m very fortunate to live in the country I do and to have all the support, information and medicine I need but a lot of people aren’t. If I can raise a lot of money, awareness and make a difference just by taking my clothes off than it’s a no brainer for me. 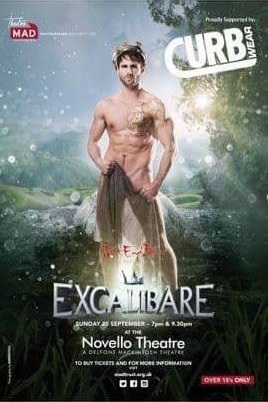 Get tickets for this weekend’s show HERE