‘I have dark, painful memories of being in the closet – now I’m closer to knowing who I really am’ 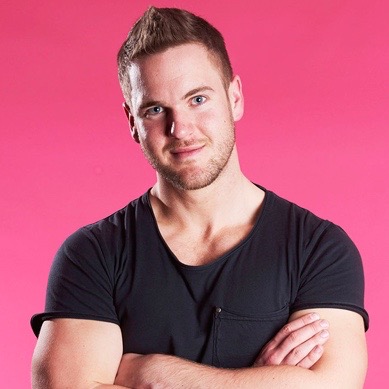 Last year Keegan Hirst made history when he became the first openly gay British rugby league player. No sooner was the cat out of the bag and thirsty gays up and down the country sat up, took notice and prayed to high Heaven that they could bag a date with the hunky fella.

Tonight Keegan tries his romantic luck on Celebrity First Dates. His match is the insanely handsome PT Paddy White, 26, who, according to the show’s PR blurb, is a self-confessed ‘ex-party boy’ who admits to have taken at least 50 selfies a day and tweeting during sex. Hmmm…  A good match for baby gay Keegan? We’re not so sure.

So we decided to catch up with Paddy himself to find out if there’s more to the foxy fella than taking selfies. And as it turns out, there really was….

So Paddy, what expectations did you have about the guy you were going to meet and how did it work out?

I had absolutely no idea what to expect. The show contacted me twice and it was the second email I responded to because I was like ‘OK, this seems genuine – I’m going to look into this!’ and I contacted the assistant producer. The only clues I had from the profile they gave me when they contacted me was that the date was going to be with a ‘sporty northern lad’. My mind is painting all these images of who it may be like ‘Is he going to be fit? How’s he going to dress? Will he make me laugh? Will he have a nice smile?’ Little did I know it would be Keegan Hirst – or even that it was going to be a special celebrity episode! What kind of guys do you go for in general?

In terms of looks I am less particular than I used to be. Growing up I idolised bigger, muscular guys but nowadays I appreciate all kinds of male beauty. I’m still a sucker for broad shoulders though. All kinds of guys have different aesthetics and many different ones appeal to me. For me confidence and honesty are totally key. If they carry themselves well and I don’t feel like they’re fronting… I’m interested! I want a best mate as well as a boyfriend in that special one. Oh, and puppy eyes are a plus!

I’ve been attracted to more private guys in the past. Lads who are quietly confident. I am someone who grew up sharing my life online – my previous partners haven’t been into that kind of thing AT ALL. My two exes looked very different but were similar in the way they didn’t give too much of themselves away. I find that kinda sexy. Ambition is wonderful too.

Have you always been popular with guys?

I’m not sure how to answer this – I’ve always been known to post thirst-trap selfies which I guess a lot of guys out there appreciate. What I will say is that I’m very misunderstood. Regardless of your opinion, I speak my mind. A lot of guys are suspicious and wary of me before meeting me because my reputation often precedes me, and they’re surprised at how natural and genuine I am in real life. I definitely think infamous social media users have a stereotype attached. Truth is I’m a nice guy… so I guess I’m popular with lads who give me the chance!

Were you immediately attracted to Keegan?

My eyes lit up when I saw him. Enough said.

Were you familiar with his story?

While our situations have been very different, I definitely identify with a lot of his story. He should be very proud of himself for coming to terms with everything and being honest and open. He had a wife and kids – their feelings must have been on his mind and I’m proud of his bravery.

Did you say anything you wish you hadn’t said?

I was completely myself on the date and for that reason I have no regrets. People know straight up who I am the first time they meet me. Unlike my Instagram photos, I have no filter. Maybe I said things that made some people uncomfortable but that’s just who I am! I know that when it’s the right one for me they’ll accept and love me for that. I’m sure many people will watch and be like “I WOULD NEVER EVER SAY THAT ON A FIRST DATE!!!” but guess what – I did!

We saw the clip where you say ‘ Would you like some Irish in you?’ Do you usually use liners like that?
It was one of those moments where it just flowed in conversation and I couldn’t resist myself being cheeky. I think when I’m excited I become much more daring and flirtatious. Besides – I’m proud of my Irish roots. I even laughed as I said it because I knew I was being so cringeworthy! But hey, if you don’t ask you’ll never know right?

When did you come out? Did you have an easy time of it?

I have very dark and painful memories of being in the closet. I knew from as early as I can remember that I was gay and carried it as a secret until I came out at 16 to my closest friends, 18 to my other friends/university pals and finally when I was 19 I came out to my family. It was a weight lifted off my shoulders but coming to terms with the reality I was/am gay was very difficult for me growing up especially in such a rural, traditional community with quite conservative parents. Through a long process of self-acceptance I finally reached that point where I wanted to be loud and proud! That’s definitely what it was though, a process. A process where the internet and connecting with other gay men played a vital role!

How did your parents react?

My mum didn’t know I was gay, my dad had his suspicions. They were really wonderful about it. My dad isn’t comfortable talking about gay related things though, unlike my mum who has a curious mind regarding it all. Now and again we’ll have some chats. It’s much easier when I have a friend with me over for dinner or a partner and conversation about it all becomes much more open with a third party if you like.

What was life like for you as a gay teen?

I was bullied for being overweight and having acne by kids at school. I was called fat, ugly and greasy most days so a lack of confidence has always been an issue for me. I used to dream of being one of the handsome, popular kids. Adding to that knowing I had what felt like a dark secret I felt quite worthless and it just felt so difficult to admit to others I was struggling. Hiding away was all I knew how to do. I remember using my parents computer late at night googling how to turn myself straight to see if it was possible because I dreamt of feeling freed from the worry of it. I craved what I perceived to be a normal life which was probably because of my parents expectations of me and the heterosexual norms presented to me on TV shows. 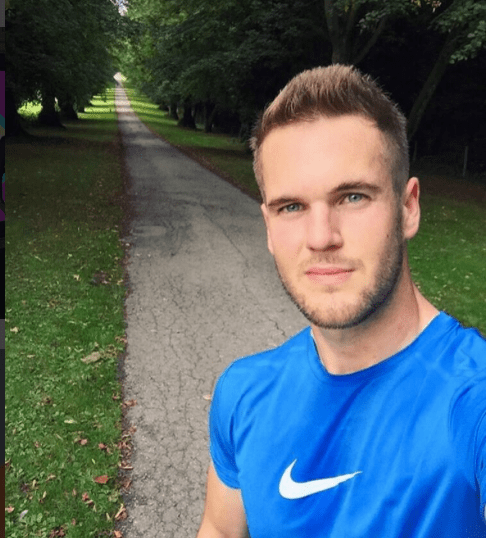 Did those times get very dark?

Suicidal thoughts were heavily present on my mind at around 14 years old. I was in a desperately unhappy place. I never thought I’d reach a low point like that again although I did again two years ago for different reasons though both stemming from low self esteem and issues with myself. Now that I feel in myself I have moved on from that period, I feel able to talk about it. From each of these life circumstances I feel I learn so much about myself – it’s how I get closer to knowing who I really am.

What made you start getting fit?

Exercise is therapy to me. It’s like meditation. I love the social aspect of training with others and also the personal me-time when I exercise alone. I grew up in the countryside and definitely something that, when life felt like it was getting on top of me, became my remedy: to go for a long run through the fields or take a couple of dumbbells and do some circuit training in the park. I played competitive sports like tennis at school and always had a hunger to be the best. I remember the days I used to do crunches on the floor by the side of my bed before going to sleep because I wanted to look like the guys in magazines! When I started seeing progress I remember thinking to myself ‘this is possible – I can do this.’

And how hard is it to maintain?

I have an addictive nature – so when I’m in the swing of fitness it’s very easy for me to keep on track. There is a dark side to those addictive tendencies however, so it’s important I stay on a good track. Partying can be a dark hole for some of us. For me it’s a way of staying on a good path. I think what’s important to remember it isn’t just about image – it’s about health, discipline and self-respect. Splitting into the three components of the GYM, the KITCHEN and the MOTIVATION as sectioned in my online Academy makes these lifestyle changes much more easily introduced.

How did the date progress- any clangers?

You’ll have to wait and see!

To find out how the date went, tune into Celebrity First Dates on Channel4 tonight at 9pm!