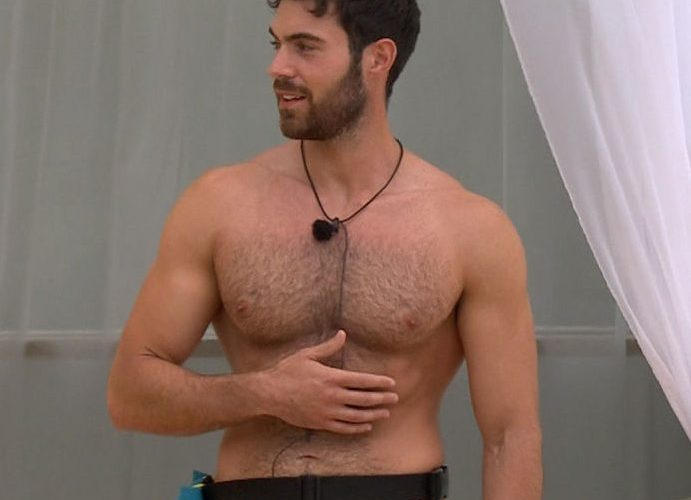 The fabulously monikered Oliver Maxwell Fernandez might have only been on Love Island for five minutes, but by golly he made something of an impression! Just look at the fella – a dreamboat if ever there was one. Sadly, he’s a ladies man (boo!), not that it stopped us from asking about who he’d go gay for and whether he’d be a top or bottom! But then it turns out that he’s no stranger to the attention of the fellas….

Olly, first of all, you are bloody gorgeous! So congratulations! Why aren’t you a gay?

I get asked this all the time! I’ve had some guys actually have a go at me when they find out I’m straight. I just don’t fancy men, I’m sorry about that. 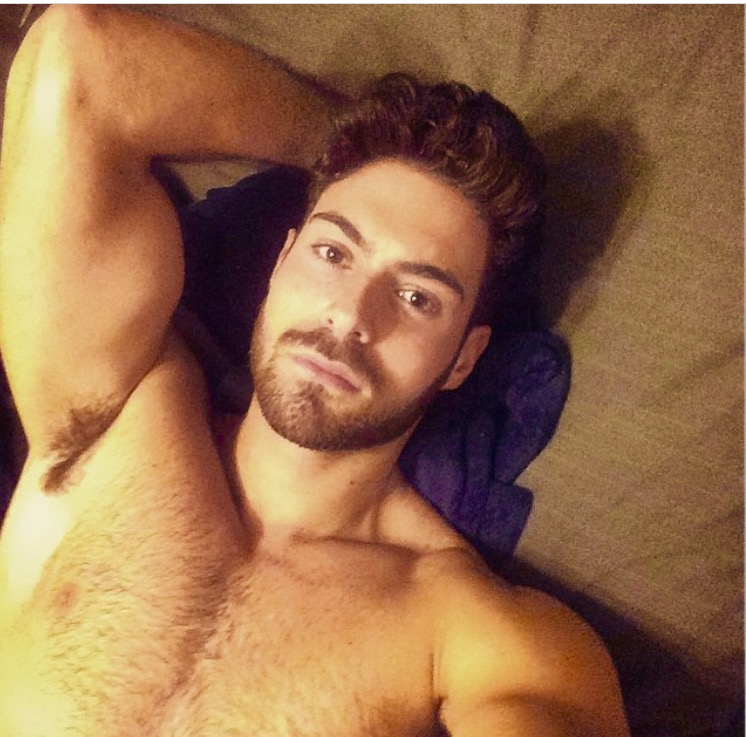 Have you ever kissed a guy?

Would you like to right now? (We pucker up!)

Do you have gay guys coming on to you all the time? How do they do it?

Allllllll the time, maybe twenty or thirty times a week! 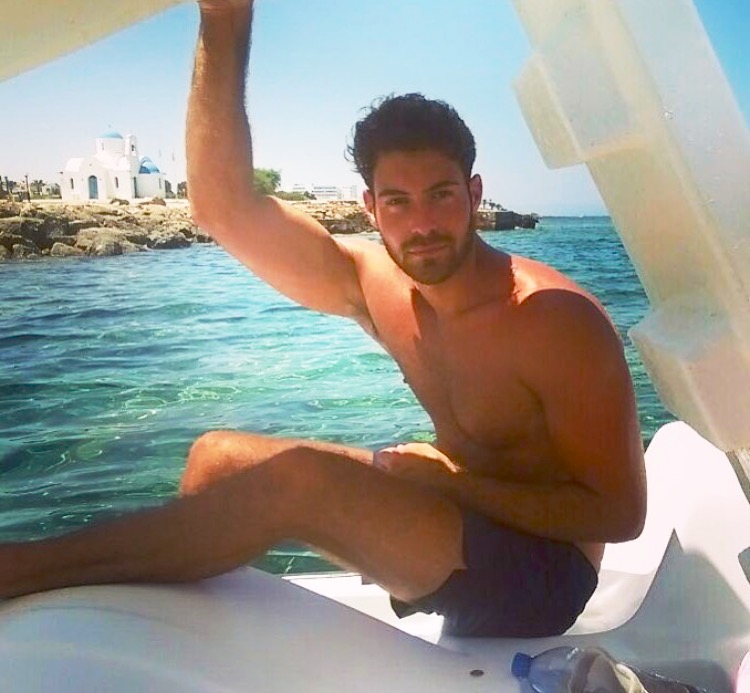 Wow you must go out a lot!

Guys can be very forward or they will just stare at me across a room until I walk past them and then they say something like ‘hotttttt’. It’s all very flattering though, so I can’t really complain! Ha!

What part of your body do you think guys like best?

My face and my bum, both attract attention. I have a manly face and a perky bum, guess that’s what they like 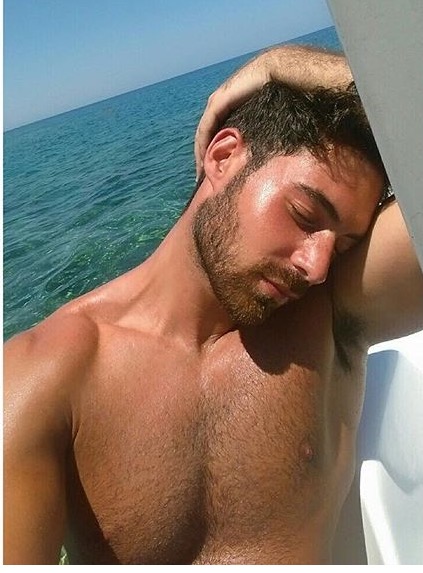 Perky bum, ooooh! You also have a delish chest and it’s wonderfully hairy – which we LOVE – have you ever been tempted to wax it off?

A few girls have said that they me want to…

Ignore them, they don’t know what they are talking about!

Which celeb guy would you go gay for for a day! 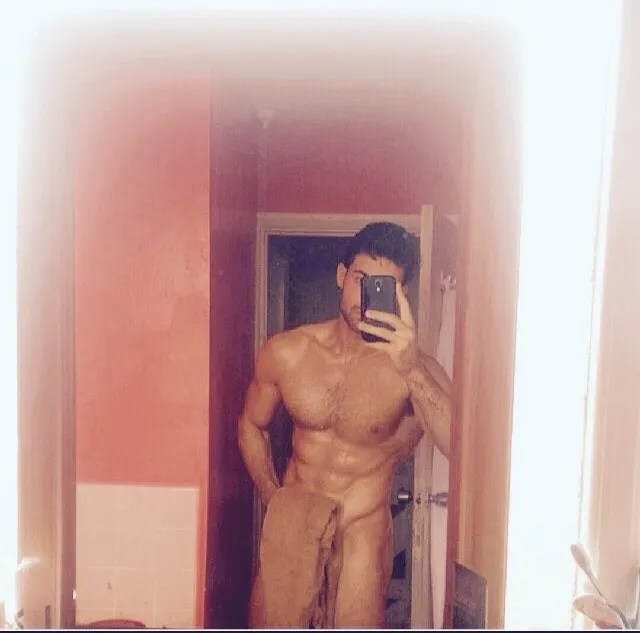 Would you be a top or a bottom?

Well, as a dominating type of guy, I think that speaks for itself..

Have you got lots of gay mates?

I do have actually, I seem to connect better with gay guys rather than straight ones.

When you were a teenager were you as handsome and body confident as you are now?

No, I was always ‘the friend’ I found it really hard having to always accept that.

Did you ever question you sexuality when you were younger?

Shame! These days every one seems to be sexually fluid? Have you ever fancied or been curious about being with a guy?

Honestly no, I think some men are attractive but never had a sexual attraction to any. I’ve been envious maybe, but never sexual. 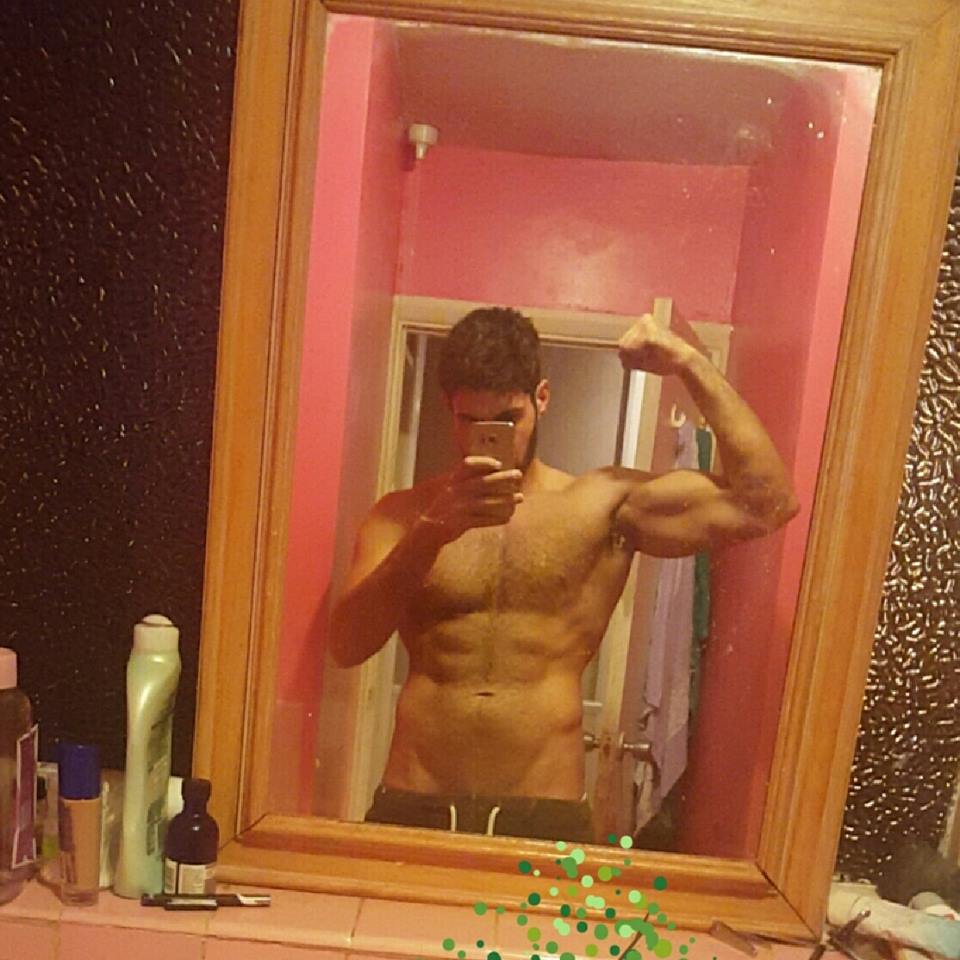 Are you be a good boyfriend? If you took a is on a date, what could we expect?

I am actually, I have a lot of love to give, great advice and more importantly – loyalty. I’m a good guy that just so happens to get a lot of attention (mainly from guys). I think it also helps that I’m a well endowed chap.

Oooh, I say! Is sex important to you?

Very! I love sex, as much as possible. In fact I need it a few times a week really, otherwise I have been known to get a little moody (ruins my week otherwise)

Just so we know for future reference, which part of you body do you like having kissed first?

My lips, I love kissing. I’m also a fan of my nipples being kissed. Too much information?

Not enough, Olly. What’s the kinkiest thing you’ve ever done?

Bondage! The dirtier the better! Surprised?

Swoon! If we wanted to get a body like yours, how should we go about it?

Diet diet diet! Eat clean, don’t eat past 6pm, breakfast should be your biggest meal, and dinner your smallest. Drink lots of water and no fizzy drinks.

On myself, I think it’s my back. On women, I love their bums. On men, it’s the arms

Is there a celeb who has a body you’d to kill have?

Mmmm, Brad Pitt when he was in Snatch or Fight Club!