TRANS ACTRESS DEFENDS ROBBIE WILLIAMS: “The term ‘trans’ sets us back years, as it encourages people to imagine what we looked like before!” 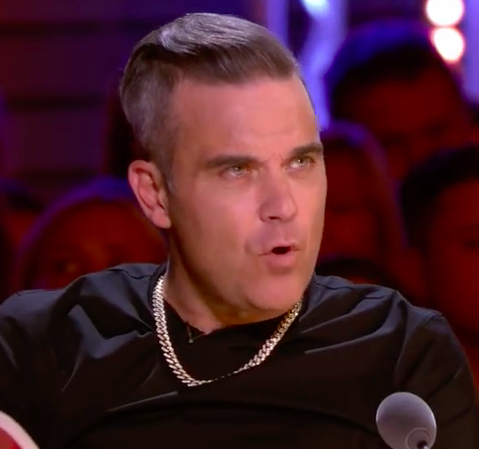 Trans actress Nicole Richards defends Robbie Williams from accusations that he made transphobic comments on The X Factor and says she believes the term ‘trans’ is a reductive label that creates more segregation.

The X Factor is back on the telly and of course it has returned with headline grabbing controversy!

Over the weekend, some sensitive viewers were appalled when Robbie Williams questioned brilliant trans singer Felix Shepherd about what he was called before he’d become a man. 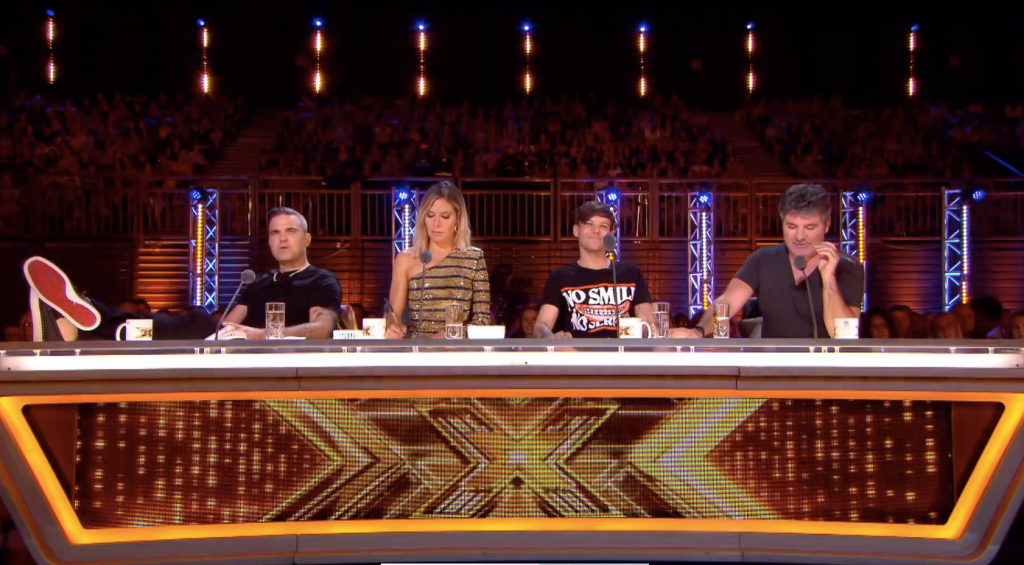 When Felix stepped out on stage and told the judges he was studying a degree in songwriting, he also explained that he was auditioning to show people that there was more to him than being a transgender guy….Intrigued, Robbie went on to ask Felix about his past, who happily spoke about his journey. But that didn’t stop viewers from criticising Robbie for what they described as an offensive and intrusive question.

Since the weekend, debate has been raging about whether or not Robbie should have asked the question in the first place, even though Felix has since explained there was more to their conversation than was actually screened.

I just wanted to say that I was in no way offended by Robbie’s question but, I do realise everyone is different!
Thanks for all the support 💜

However, not everyone thought Robbie’s questions were in bad taste. In fact, some  even questioned the reasons why Felix felt it necessary to reveal he was a transgender man in the first place as it bore no relevance to the audition.

One viewer, trans actress Nicole Richards, says she found the branding of Robbie ‘transphobic’ ridiculous and thought Felix’s decision to announce he was trans was perhaps his way of standing out from the crowd. 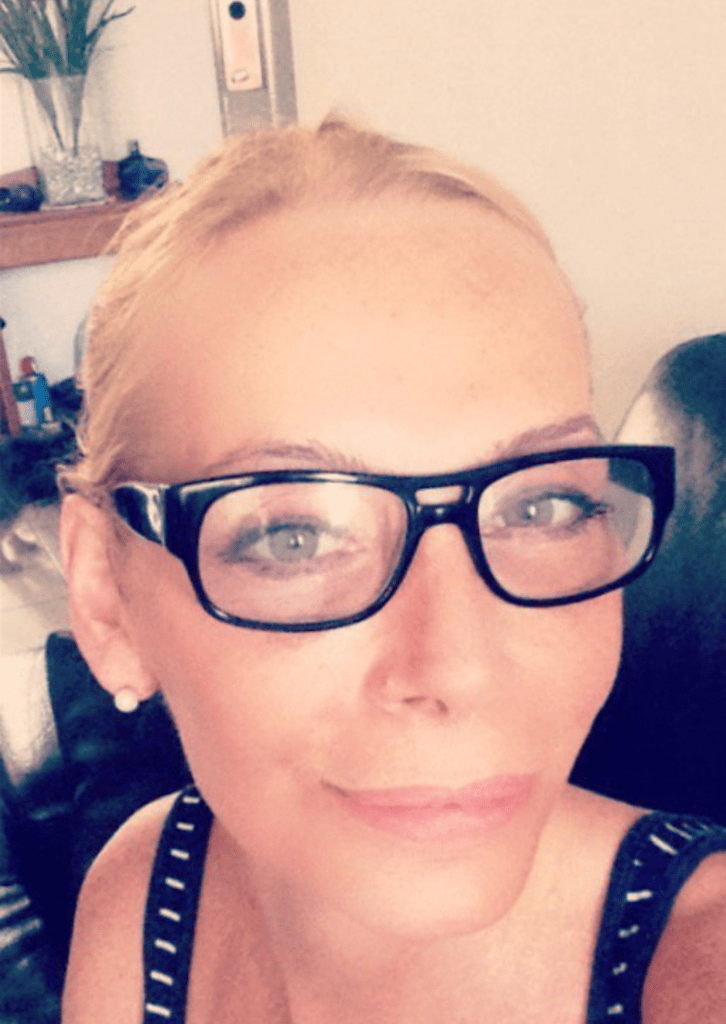 “I think the reactions to what Robbie said have been totally blown out of proportion,” Nicole told GuysLikeU. “It was Felix who decided to inform the panel that he was a transgender man and clearly intrigued by what he said, Robbie merely asked him what his birth name, or ‘dead name’ as the kids are calling it these days, was.

She added: “As a trans woman I don’t really want to look back to my previous / other life as I am living a different life now, but I could see that Robbie asked Felix about his past with warmth and consideration and wasn’t knowingly trying to cause offence. He didn’t badger him or force him to open up about about something he wasn’t happy with.

“In fact, let’s not forget that it was Felix who raised the subject in the first place, which confuses me a little. I don’t understand why Felix felt it necessary to share with the audience that he was a transgender man. It wasn’t relevant at that time. He was there to be judged on his amazing vocal skills not his gender, so why he thought this was worth mentioning leaves me baffled.” Nicole went on to explain that she sometimes feels that younger transgender people enjoy the attention of being ‘different’ when she herself spent years trying to live her a life not as a transgender woman, but as just a woman.

“I do feel sometimes that these days young gay and trans people enjoy the attention of being different,” she said. “For years the LGBT community was striving to feel part of society and not have people pointing fingers at us. And to some degree it worked. We have gay and trans people in high profile positions, we have same sex marriage and more rights than we ever had before. But now we are starting to throw all that hard work away by trying to segregate ourselves again and labelling ourselves with words to describe what are actually personal traits. There are so many different categories these days that it’s almost laughable. So many divisions. We’re no longer unified as a community.

“When I transitioned back in the 80s, when procedures like this were frowned upon, I wanted the world to see me as a woman, not a woman who was born a man. I was adjusting my body to match my brain. I fear that the over use of the term ‘trans’ will forever put in other people’s heads that we are neither man or woman, that we are some where in between. After all, that’s what the word suggests – that we are part way through a process. That’s not the case. I am a woman full stop and I want people to see me as that! I feel the term merely sets us back years, as it doesn’t let us live free lives. It merely encourages people to gawp at us and imagine what we looked like before.”

Controversial words indeed. What you do you think? Does the term ‘trans’ undermine what transgender men and women strive for? Are we living in a world where we actually enjoy slapping labels on ourselves? If you want your take, get in touch at hello@guyslikeu.com