Actor Nicholas Downs: ‘There are definitely pockets of the US where being open isn’t an option’ 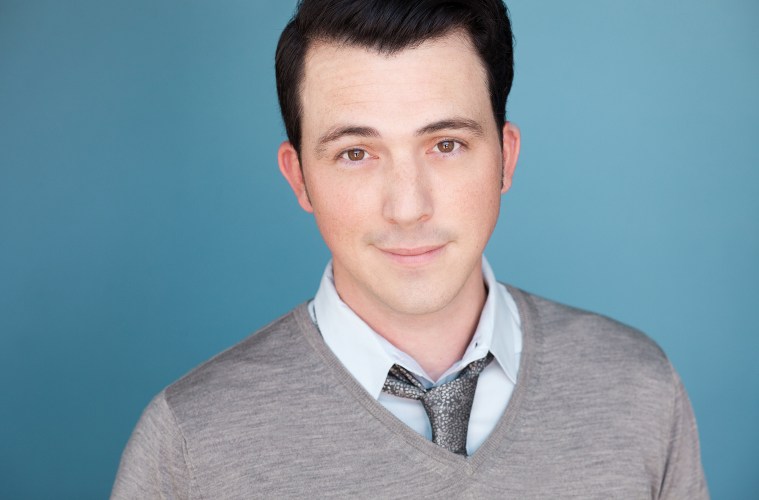 Is It Just Me? star Nicholas Downs talk about his new novel and reflection changing gay life.

You’ll know handsome actor Nicholas Downs best for his role in cute gay rom com Is It Just Me? But now the talented fella is hoping to become the gay Jackie Collins as has written a scorching page turner of a book about gay passion, dark secrets and tragedy. Sounds like a Friday night in Soho!

We caught up with the talented chappy to discuss his novel, being friends with exes and much more…

So Nicholas, what’s the book about?

A stolen weekend in the Florida Keys drove 17 year olds Nate and Cody to a deeper and hotter connection than either could imagine. They were meant to be together. Then for reasons only Nate knows, they weren’t.
Now best friends, the yearning remains, despite the long-ago secret that drove them apart. When tragedy strikes, they find themselves in the dark and must grope their way back to who and what they are… and what they are meant to be. 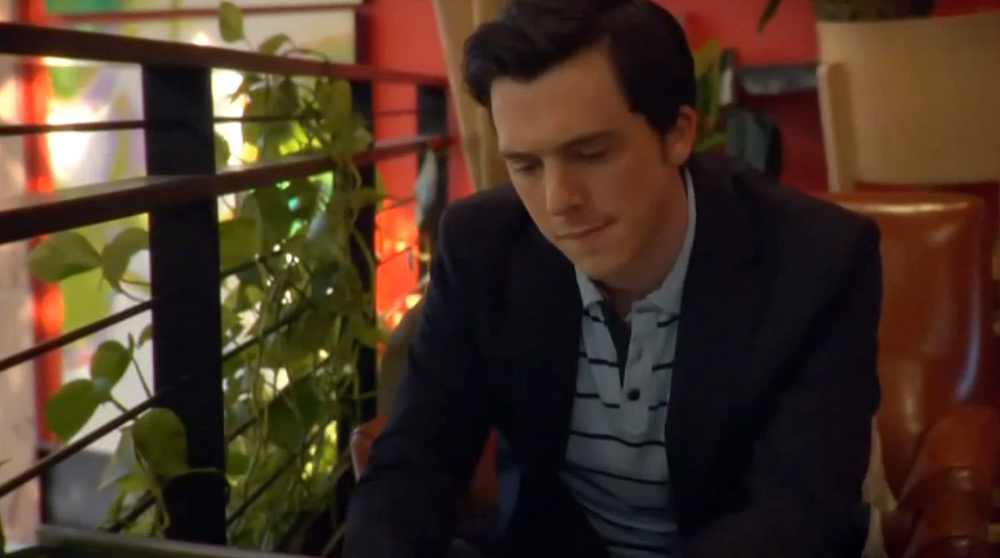 Where did the idea come from? They always say a lot of the writer’s life goes into the first book.

My original story idea came from wondering what would happen if someone you loved went through a tragic, life changing event. Would we stay with them? Leave? As I approached people with that question naturally, I got different answers. Some would say ‘of course’, while others would say, ‘good question’. The core idea came from that I wrote the story out. But after my co-writer Susan Mac Nicol got her hands on it she really helped to open the world up and take it to new heights.

READ MORE: ‘WE NEVER SAW OURSELVES GETTING MARRIED ‘COS IT JUST WASN’T THE NORM’

When you were growing up did you have any gay stories to read and embrace?

Does the men’s section of the Sears catalogue count? Just kidding. No, not really. Growing up in Iowa there weren’t many of those types of stories readily available. 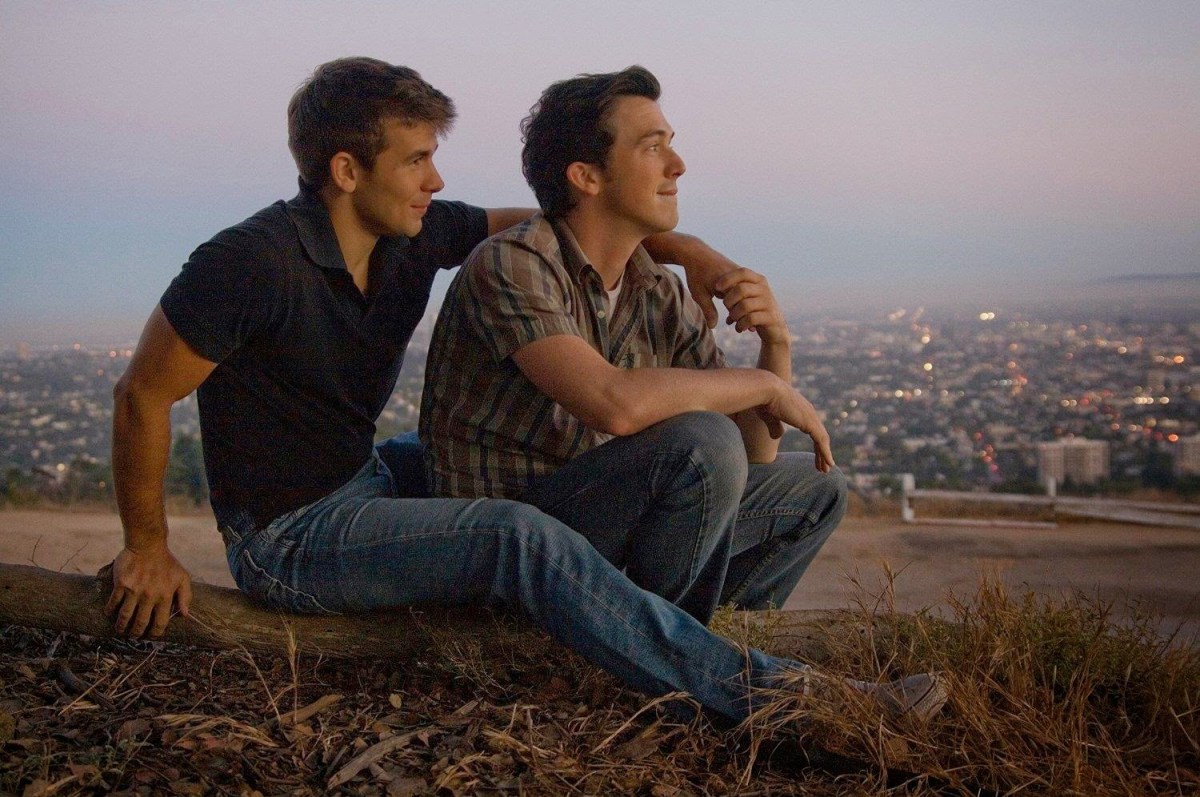 Is there a lot of sex in the book?

It’s a slow burn really. But not to worry there is a pay off. But the important thing with the book is that there is a story here, a look in on people’s lives. And that sex, like for most of us, is just a part of that.

Do you think we are too obsessed with sex?

Who? Just me and you? Ha! Well, I think there are always extremes on all sides of things. Sure there are people that may have obsessions with sex. But the other side of that coin is acting like it’s a taboo and making it seem like something bad. That can be dangerous I think. It’s not about not being safe or cautious, it’s about not making it a bad word.

The book started out as a screenplay, right?

It actually started out as an original screenplay, and no it has not been performed or any of it shot yet. But Susan and I are now currently working on an adaptation of the book into a new screenplay, based on the book. We are hoping to have that done this year and see where it goes.

What were your teen relationships like? Were they meaningful or were there fumbles along the way?

As far as romantic they were pretty much non-existant. But I had some great friendships that I still cherish a lot to this day.

You’re married now of course, but were there guys along the way that you thought they could have been the one?

Oh, when you’re in a relationship a lot of times you feel like it’s going to work out. But for me, after having Nick in my life they all pale in comparison. And no, I’m not referring to myself in the third person. That’s his name too.

Are you and your husband fine about you being friends with exes or talking about them?

Yeah, it’s really a non-issue. We are pretty secure with each other.

Have you stayed friends with many?
With one, he’s a great guy.

How has gay life changed for guys – have you seen it over the years?
Progress is there and I’ve definitely seen it. I see that more and more people are feeling more comfortable in their own skins and being who they are. I do think that there are definitely pockets of America though where that’s still not an option for some. But we are heading in the right direction. 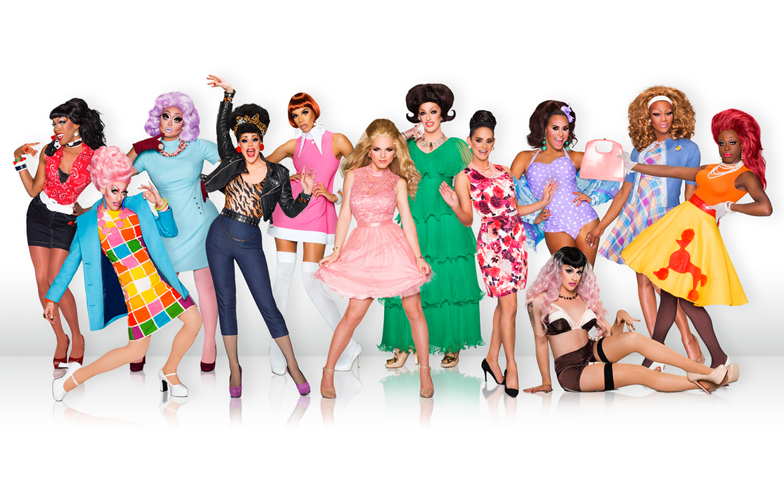 How has the media changed? Do shows like Finding Prince Charming and Drag Race help the world unite?

To be honest I have not seen either of them. I think we can’t put too much stock into reality shows though, just enjoy them for what they are, entertainment.

How is married life?

Awesome. For us the ‘marriage’ part of things just really caught up to everything the two of us already had. 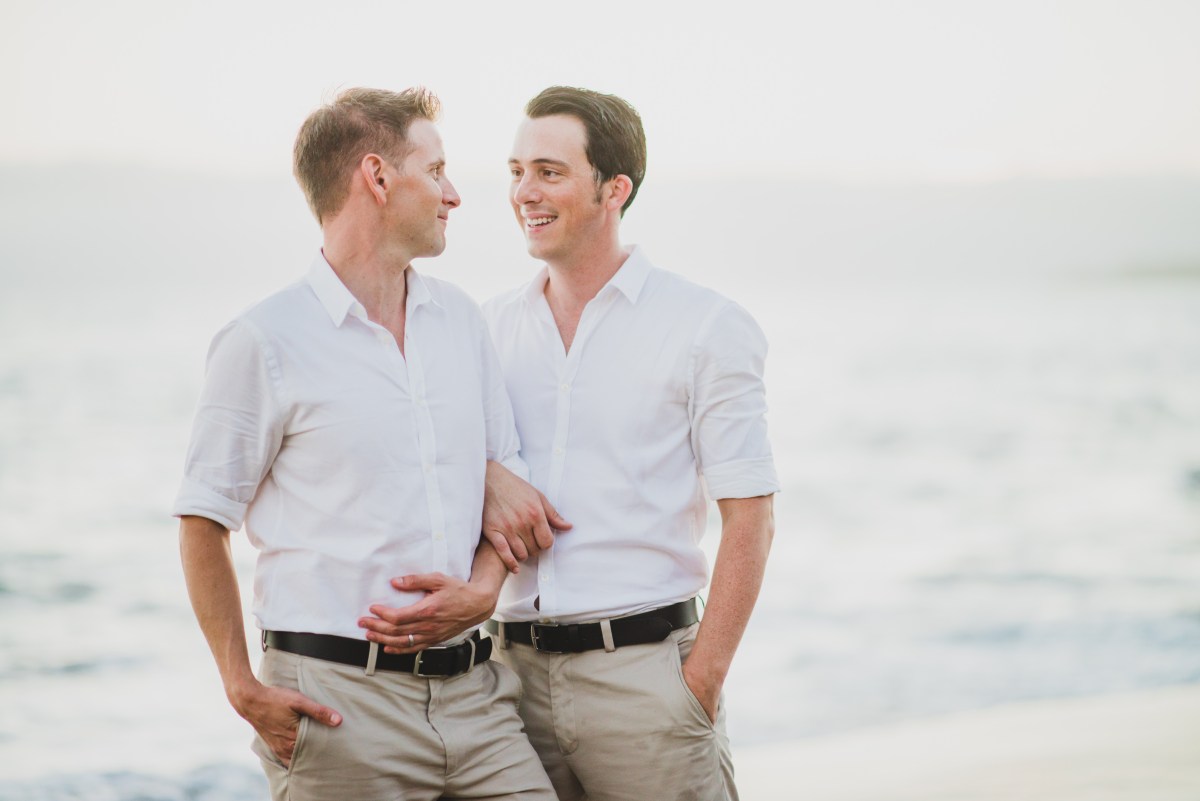 Is your outlook on life different now?

How is it for you getting older as a gay guy? Do you find young people are blasé about gay life cos it’s so easy.

Hmm, good question. I don’t think about the getting older part, that often, I guess in some ways because I feel young and enjoy life as much as I can. I think it’s not just young gay people specifically but sometimes a younger group may not always have the full scope of how they got where they are today, where their rights came from, who the real heroes are that fought the good fight. But then you meet a young person who does know, and that’s always a breath of fresh air. 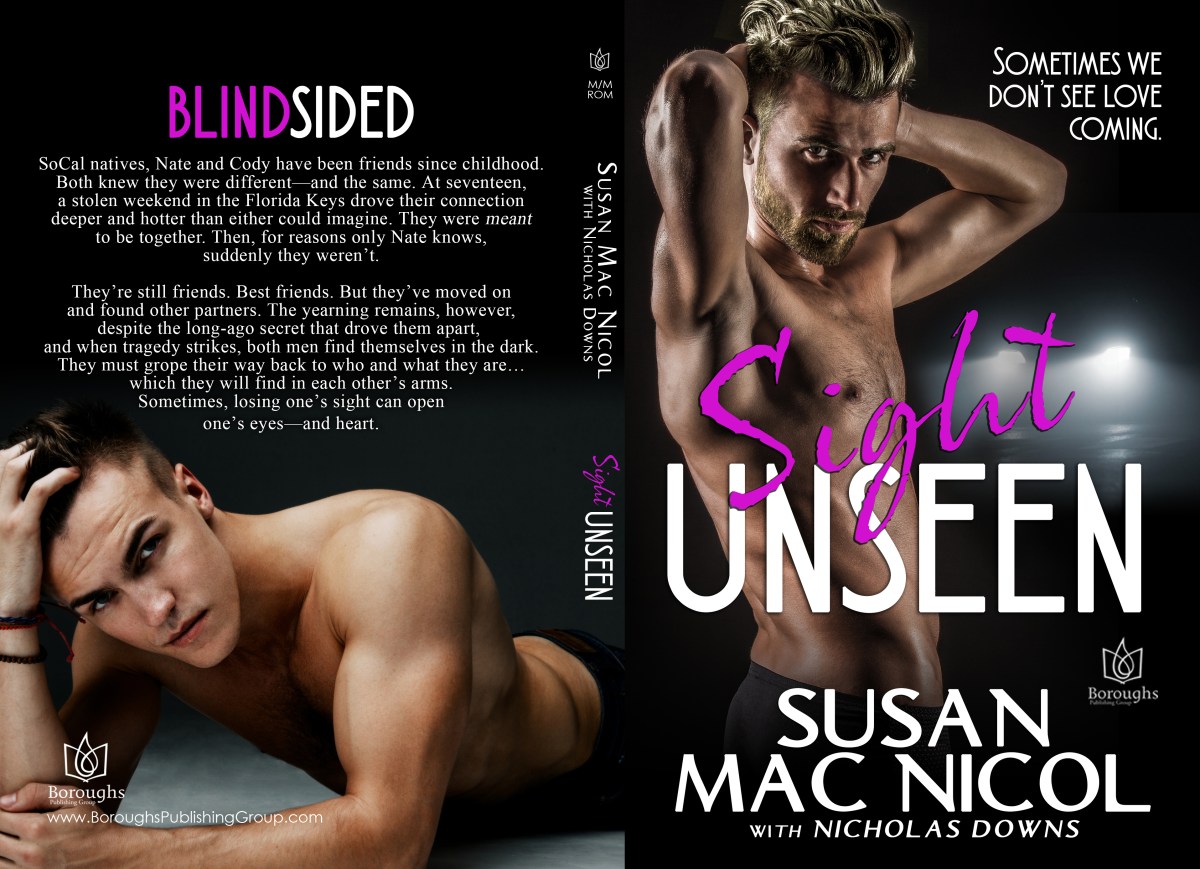