The past twelve months may have seen a jaded One Direction decide to have a well-earned rest but it was also the year cool new stars exploded into our lives. Ollie Alexander and his Years & Years mates rocked up with their sassy brand of ice cool pop and corkscrew curled Jess Glynne raided her 90s house collection to unleash perky pop stompers like Hold My Hand and Don’t Be Hard On Yourself.

With British pop giving our ears a mighty fine work out, we can’t wait to see what 2016 has in store of us. Could London-based dandy duo Draco Draco be the next big thing to capture our hearts? Who knows, only time will tell! We caught up with the band’s David Whiting and Danny Polaris to chat about how they plan to take over the charts and why they would never appear on The X Factor!

So who are you and where are you from?

David: I’m David and I’m originally from the UK but I’ve been a bit of a European nomad lately, spending a couple of years in Stockholm and now based in Berlin.

Danny: I’m Danny, I’m Welsh but have lived in London since I was 18. Apart from two random years in Barcelona!

DW: We haven’t had it yet, watch this space.

DW: I’m a big fan of the Scandinavian synth pop sound (Niki & the Dove, Susanne Sundfør, Robyn, …) and Danny’s into cheesy gay club music, so I guess we settled somewhere in the middle.

DP: No I’m not Dave! Well, I guess I am, but I also love jazz, the divas and indie-pop bands that write great lyrics – we’ve got a really eclectic mix of influences. 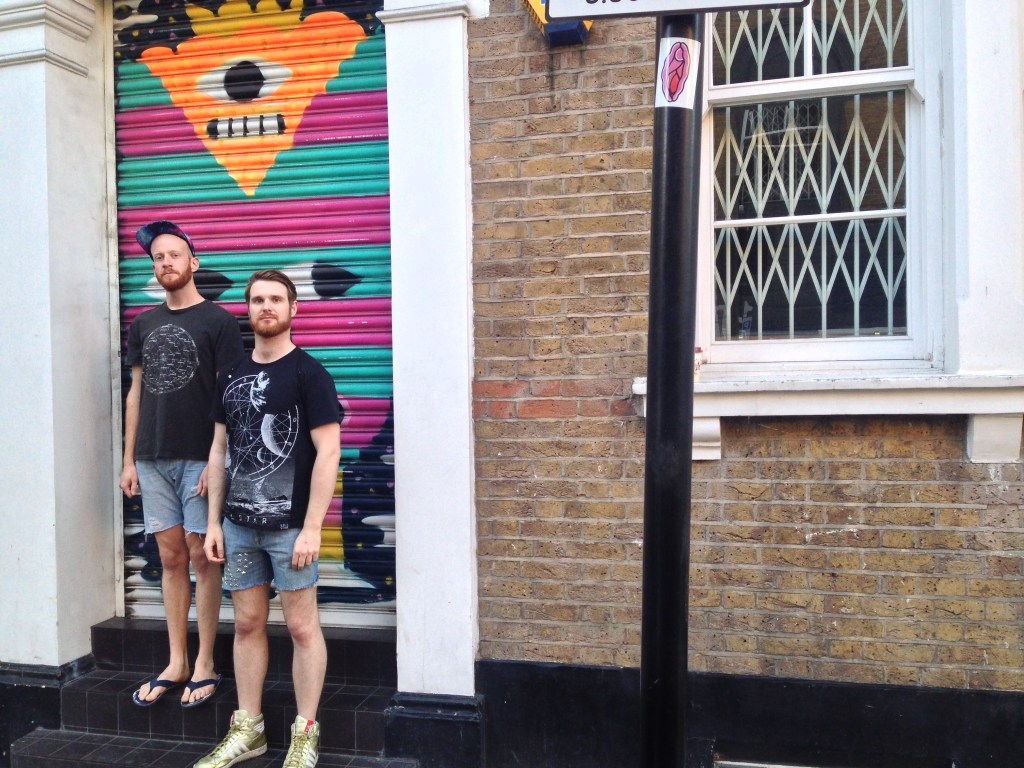 ‘I hate reality shows. They promote a certain way of singing above any kind of creativity and give the public a warped idea of what a “musician” is or should be.’ Draco Draco aren’t fans of The X Factor then!

Who inspired you to get into your chosen field?

DW: All the big 80s synthpop bands: Depeche Mode, New Order, Erasure, Ultravox… My parents were big fans and I got hooked on those records when I was growing up, and I guess that led to me wanting to produce music like that.

DP: Everyone from ABBA and M-People to Ella Fitzgerald and Cher, so hopefully they all come together. Somehow.

DW: Yes, and we both decided “Why not both?”. I’ve been working normal full-time office jobs for the last 5 years alongside building my music career, Danny has been doing the same. We don’t hate our jobs, so don’t have that sense of internal struggle that lots of artists in our position have. I do wish I had more time off and longer weekends though, because it’s sometimes difficult to fit in gigs to a 5-day-week schedule.

DP: I’d probably pack in the day job given half the chance. Although it’s nice to have a normal routine and do normal things that aren’t all so self-focused. It gives a sense of balance. We’re less likely to become assholes I guess. 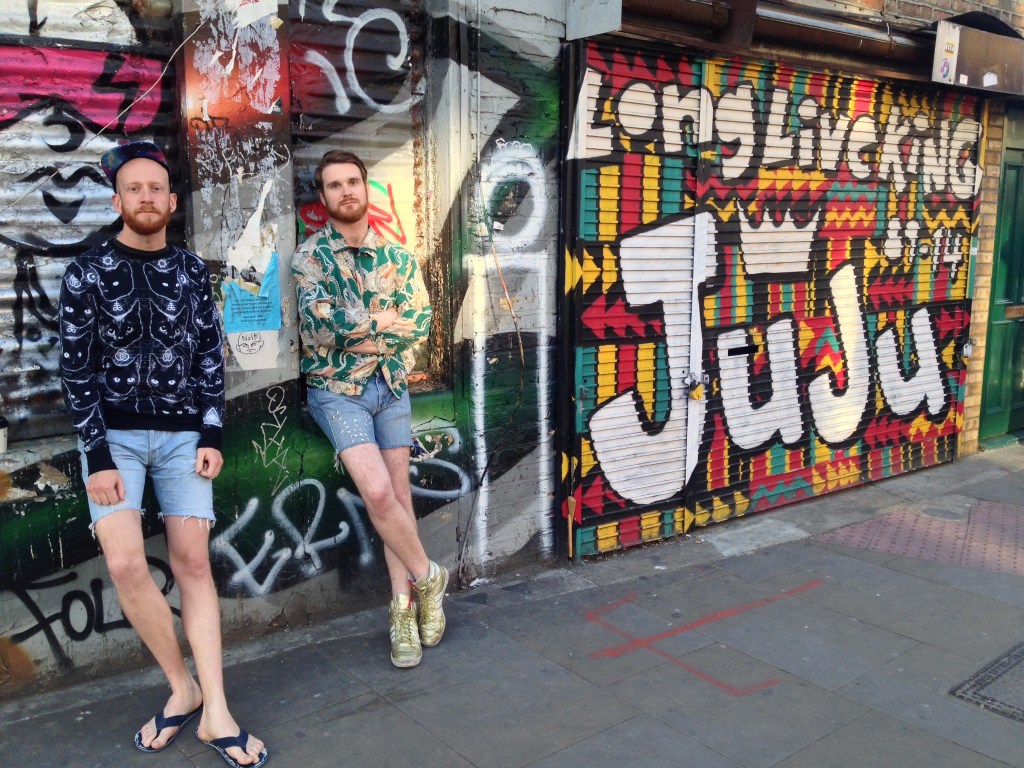 ‘Anyone lying about such a core part of themselves is going to face a lot of pain and internal struggle.’ Draco Draco on closeted popsters!

Is the music industry an easy place to break into? Is it easier to do it by yourself?

DW: No, not at all. It’s difficult for a number of reasons: The old record company empire trying to stick to its outdated business model, the people getting chosen ahead of you because of their contacts instead of their talent, the difficulty to get people (even your friends) to even listen to any of your music, the unwillingness ofanyone to take a long bet in developing an artist over time (like they used to). Listening to new music is more accessible than it’s ever been, but encouraging people to listen to something they’ve never heard of is really difficult.

DP: Yeah it’s all geared towards big artists with big budgets. Whenever I go on YouTube, a Taylor Swift song seems to auto-magically play after anything I chose – why can’t it be a Draco Draco song instead so we get half of half a chance?

DW: So a quarter then! 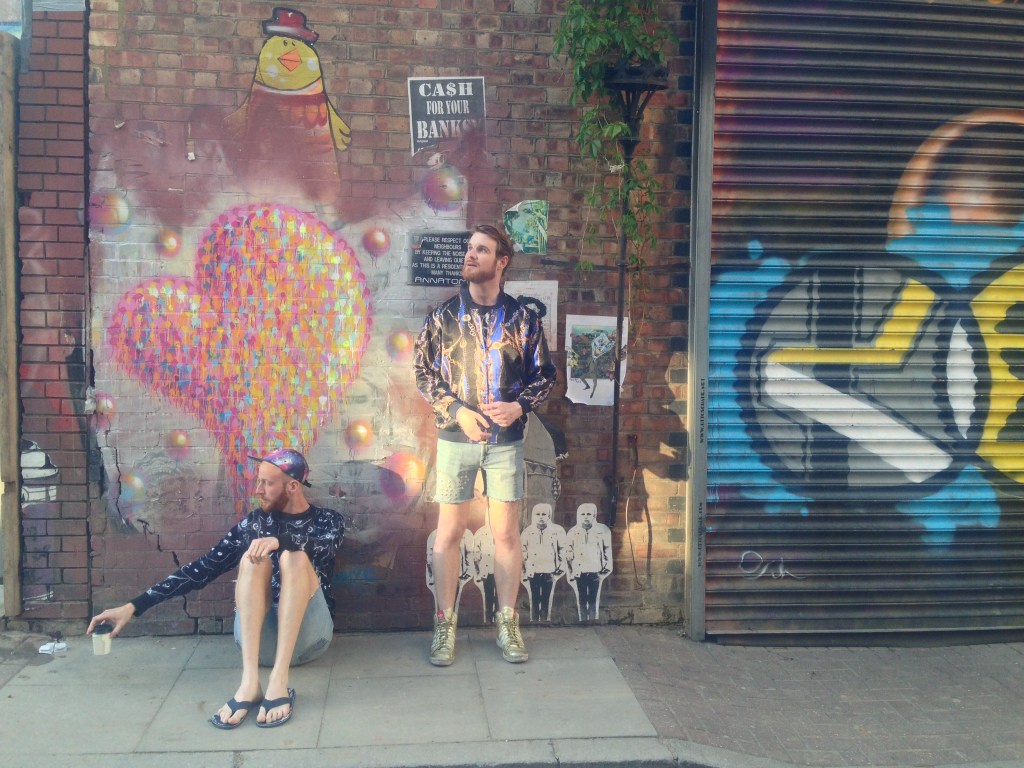 How important is social media for you and your job? Do you spend your life on it?

DW: Waaa, I could spend all day on Facebook, and often have – but getting leverage is really tough with the new model. I get 10x more ‘likes’ for a picture with my shirt off than a song we put up. I’ve started combining the two.

DP: It’s a necessary evil. The media often like to big up how easy it is for new artists to get noticed on social media, but it’s really not the case. More often than not you’re just shouting into the void, and it takes really good content and a lot of good luck to make anything stick. Nevertheless, people expect you to be on there and it is a source of new fans, so you have to play the game as best you can. I think it’s important to connect with your fans at a personal level, rather than speak through bland press releases, and that really helps engage people.

DW: Joy Division – Love Will Tear Us Apart. It’s so simple and hassuch a basic production, but the emotion and atmosphere that shines through it is like nothing else.

DP: Gangham Style, then we’d have broken YouTube. But more seriously, Ray Of Light by Madonna moves me a huge deal. Madonna doesn’t, but the song does.

Danny, you’re gay. Were you ever advised to keep it quiet?

DP: Not really. We’ve had practically no advice, coaching, support or money – we’ve just done our own thing.

Do you think closeted popstars who decide to lie about their sexuality are setting themselves for a fall?

DP: It’s often the record label that decides for them – and if they’ve got millions behind them, they’re probably in quite a comfy position. But anyone lying about such a core part of themselves is going to face a lot of pain and internal struggle – my heart goes out to them.

Do you think it is important for people like Will Young, Sam Smith and Jaymi Hensley to be open about their sexuality?

DP: Yes, definitely – but then again there’s no need to make a big deal about it. I like guys and lots of our lyrics are quite clearly about guys. For me that was the most normal and natural way to write a song. That’s how I’d like everyone to see it.

DW: Alternating touring the world to medium size audiences (500-1000 or so) with retreating to a calm place to write new music.

DP: With a healthy dose of partying. I’d also like to have enough money to help out my family, so my Mum and Dad can chill out a bit more in their old age.

Have you ever considered taking The X Factor route?

DP: No. I auditioned for one show, just to experience the process. But I walked away at a very very early stage – it was just vile. I felt like a cog in a crazy TV full of shit and glitter.

Are you a fan of those shows? Does it give people an impression that fame is easy?

DW: I hate them. They promote a certain way of singing above any kind of creativity or innovation, and give the general public a totally warped idea of what a ‘musician’ is or should be. The whole audition process is quite staged (friends have been through it), and having an emotional tear-jerker back-story gives you way more credit than having written a good song.

What’s the most embarrassing record in your collection?

DW: Vengaboys – We Like To Party. Not even ashamed.