Matt Lister: ‘I used to trim my body hair until I realised I was doing it to please others’ 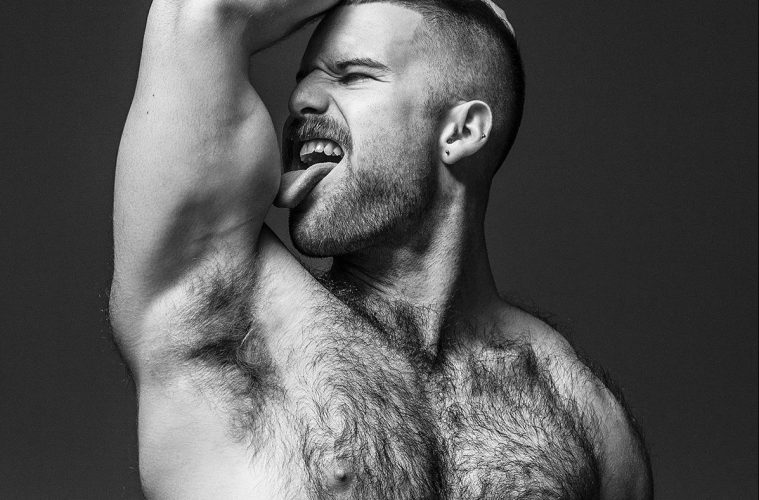 Out GB athlete Matt Lister on swapping canoeing for modelling and becoming an LGB ambassador.

Matt Lister may have started out as talented young competitive canoeist, but it wasn’t long before someone took notice of his dashingly handsome looks and decided to throw him in front of the camera. Just look at how incredible hot Matt looks in these gorgeous pictures snapped by photographer Lee Faircloth.

Now Matt’s quitting the sport to become an LGB ambassador for the British Athletics Commission but as also signed up by a modelling agency. Here GuysLikeU’s editor-in chief Christian Guiltenane caught up with the towering fella to discuss his new career who tells us that modelling has come rather as a surprise to him.

You take such a good picture. Did you way think you were photogenic?

To be honest, I didn’t realise I  was, I had to be told…several times. Even now I still struggle a little to see it myself. I’ve never been able to take a compliment very well, I just become awkward and embarrassed if someone says something nice about me. The first ever professional shoot I did was a piece supposed to run about my training and the run up into the Rio Olympic Games. We finished shooting, I got on the train back home from Essex to South London and while I was sat on the train, the first two or three pics came through from Lee. My initial response was ‘how the hell have you managed to retouch these so fast?!’. I honestly didn’t believe they were the untouched shots, but even after seeing how they looked, I didn’t see myself as photogenic. 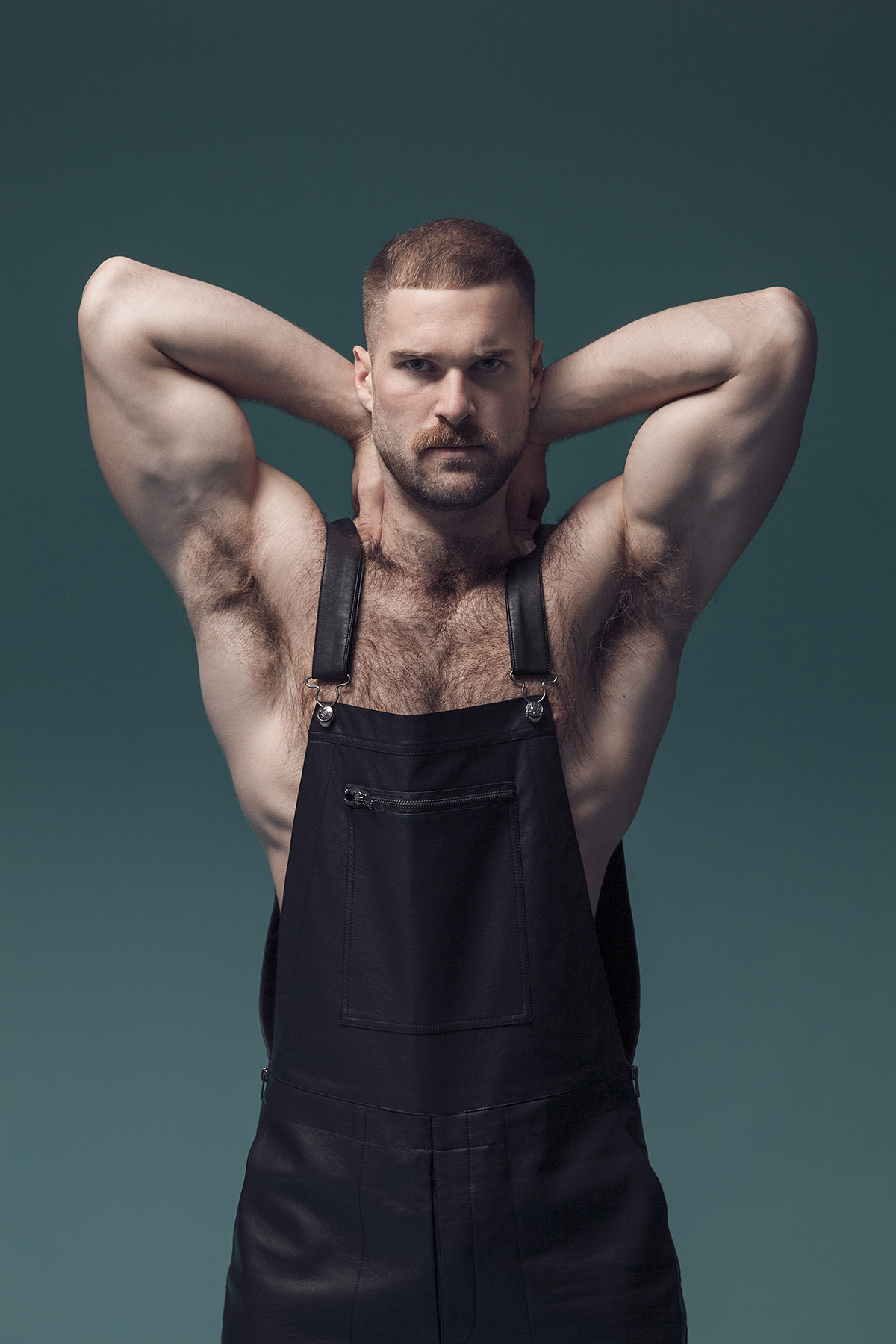 So who convinced you you could take a good piccie?

It was my best friend Shannon Thompson, soon to be a menswear fashion legend, and photographer Lee Faircloth who pushed me to contact an agency following the response the shoot got when it was published through AccidentalBear and Summer Diary Project. I just thought if I went in there to get my ‘No, sorry you’re not for us.’ then I could get the idea out of my head, and prove them wrong. But within a few hours of me contacting the guys at Established, I was in a meeting with them, measurements and head shots taken, and the next day I was signed!

Do you feel comfortable in front of a camera?

I’d like to say yes, but it can still take me a few shots to warm up until I get into it. It can depend on the situation and the energy in the room, the team and people you’re surrounded by, the reason behind why you’re shooting on the day and of course the music you have on in the background, can’t beat a bit of Bey or RiRI…or Ru! I can only really be comfortable in front of the camera if I am there for the right reasons.

You do a lot of fleshy shoots – you must be happy with your body! Are u happy being naked?

I’ve done a lot of swimwear and underwear shots! I’m happy with being flashy, but not naked. I think it comes from just having to suck it up and ‘drop trow’ when I was away training with the British team. Some rivers we trained on around the world didn’t have great changing facilities, so we’d just get changed next to the car or the team bus. I was a chubby kid growing up, I hated being naked so much my mum made me a ‘changing towel’ which was essentially a towel muu-muu, made of two towels sewn together with holes for my arms, feet and head. At 14 I really started to regularly train hard and I lost some of my puppy fat. I was proud of what I was achieving, with results on the water, in the gym, and with my body. 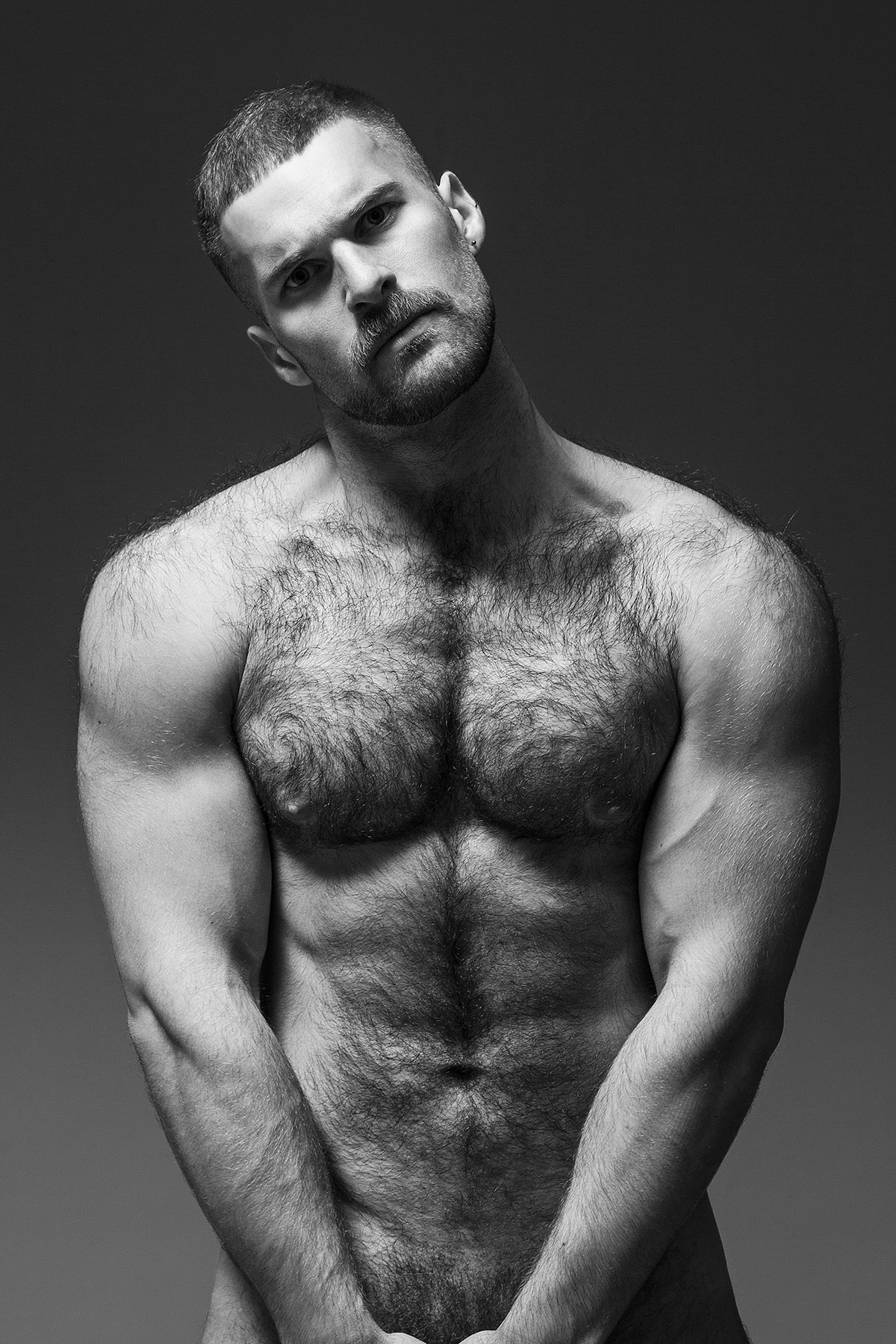 It’s so refreshing to see such a hairy guy – most men in the media are plucked and waxed.

I’m proud of my ‘hairiness’. I’ve had to come a long way to embrace the things I disliked about myself, being hairy from a very young age was one of them, and now I love it!

Have you ever been tempted to whip it all off?

I’m assuming you mean my fur and not my clothes, there’s barely any of those left as it is! I think its about time we saw more hairy guys in the mainstream. I used to trim my body hair down and shave my back, until I realised I was just doing it to please other people. I’m so happy to be a hairy guy, I’ve always found hairy men sexy. I shaved my back last year before I went to Mykonos and regretted it almost instantly.

And we bet that being as hairy as you are you don’t have to waste a lot of time preening yourself.

Exactly. Not ‘manscaping’ myself head to toe or beard for days on end, means the hours I save not torturing myself can be better spent on projects like the the work I have been doing with the Stonewall school role models programme, where I visit schools to talk about being an athlete and being gay, as well as with the British Athletes Commission to combat homophobia within sport. 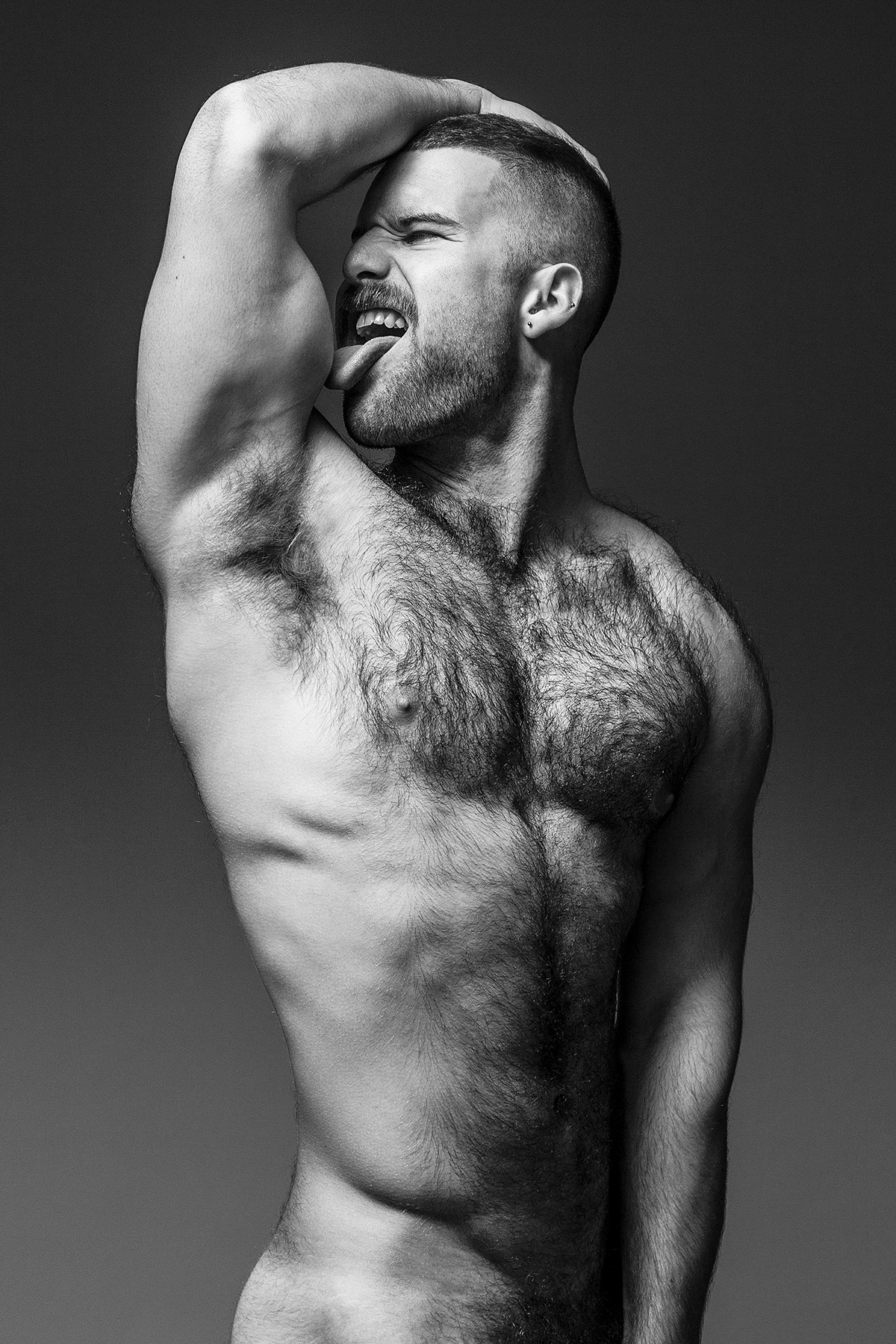 Working with Mr Faircloth is a dream, he’s so unbelievably talented and we always have so much fun in the studio. Even working with Lee for the first time, we didn’t know one another, but he made me feel so comfortable I forgot that I was even ‘on set’. He’s a genius with light, looks to challenge himself at any opportunity, and he is an absolute babe. I definitely wouldn’t have had half the opportunities I have been able to tap into right now if it weren’t for him. He leaves London to start a new chapter in Colorado in a few months. I must say I am very upset he is leaving, but I know he is going to have an amazing life out there too, I can’t wait to watch his new adventures unfurl.

And finally, this week’s events in Orlando have been pretty traumatic for us all. How has it affected you?

We are all devastated. The shootings in Orlando have hit far too close to home for every single member of our community, we have come a long way but it highlights the work that is still left to do toward tolerance and acceptance of the LGBT+ community. The silence at the vigils across the globe say more than anyone’s words could. We are resilient and we will move forward from this, I just hope the world will learn from it.