Did Loose Women ‘bully’ Kim Woodburn, or was she playing up to her rep? 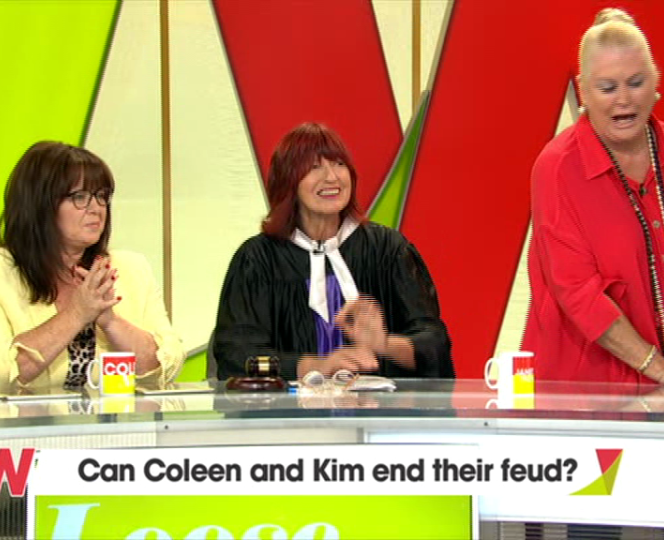 Was Loose Women right to drive a emotionally scarred 70something with a tragic past to tears – or is Kim Woodburn pulling the wool over our eyes?

We will be the first to say that Kim Woodburn’s turn in the CBB house last year was jaw-droppingly hilarious. Who didn’t laugh out loud when she singlehandedly took on the house of young stars and told them what’s what in her own inimitable style?

But watching her being goaded on live TV today into a tearful breakdown was far less amusing and actually an incredibly distressing watch. In the lead up to the show, Loose Women had set its agenda announcing that they were planning to reunite fiery Kim and nice girl Coleen Nolan after their ferocious stay in the Celebrity Big Brother house in 2017. So it was clear from the outset, producers were itching for an almighty ruck and we viewers couldn’t wait. 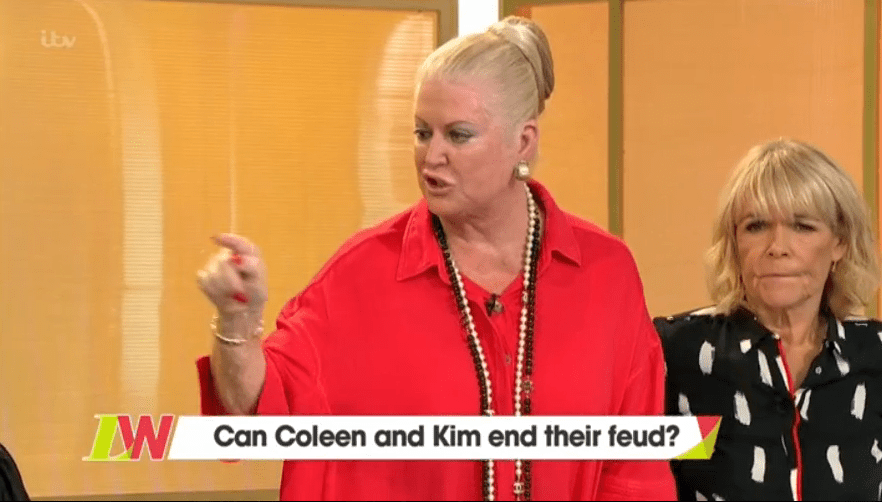 With Janet Street Porter on hand to calm the choppy waters, Kim swiftly sprang into a rage raged and tearfully confessed: “I had a very very sad childhood, I had a brutal childhood.”

But Coleen wasn’t buying it and whispered: “We got this every day as well.”

Undeterred Kim continued, “I can’t describe what I went through. I went in that house and all the memories of those years came back with the bullying they were doing to me. I was very upset in that house but I pretended I wasn’t. They picked on me.”

The row escalated and Kim stormed off the set branding Coleen “trash”.

Afterwards, her spokesman revealed that “Kim was invited on to Loose Women as she was told Coleen wanted to hold peace talks with her. When she arrived this morning, Kim was briefed and told Coleen would speak first and give her reasons for their row. She was told Coleen wanted to bury the hatchet However when Kim walked on set, Coleen refused to speak first and made Kim do all the talking. This incident has left Kim incredibly upset and she feels disappointed with what happened.” 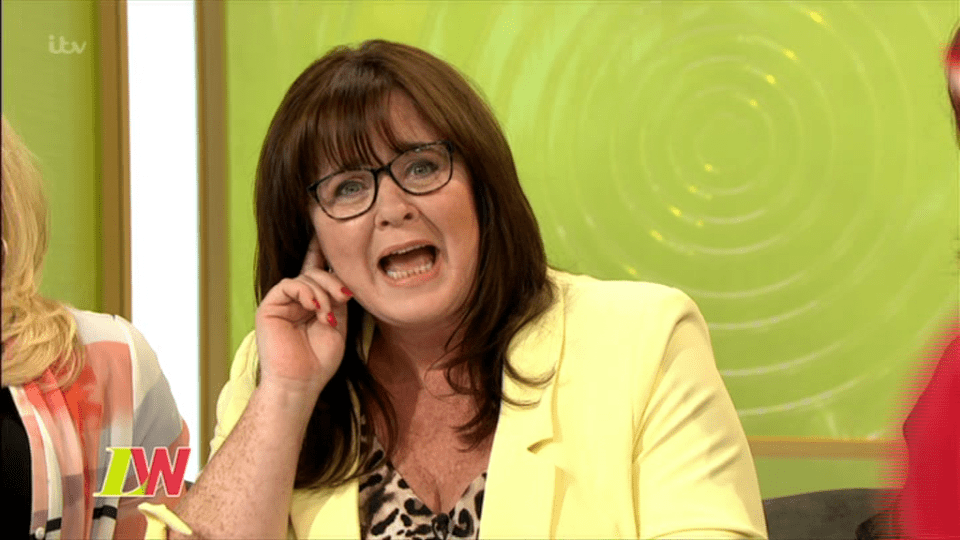 So what do we make of this? Was this harmless entertainment? Or is it more disturbing? Rylan Clark Neal Tweeted that he couldn’t believe what he was watching, while other viewers said they felt it was disgraceful that the Loose Women panel had been ganged up on the pensioner. Others thought Kim, who admitted she had been paid to appear to be on the show, deserved little sympathy and deserved what she got.

When Loose Women posted a Tweet about what had ufolded on the show, they were bombarded with complaints from viewers.

WATCH: Today Kim Woodburn joined Loose Women for what we hoped would be a reconciliation with @NolanColeen… https://t.co/UqCIgTtal9 pic.twitter.com/XkdD0ktZbS

Well, if Kim is genuine and she is indeed emotionally scarred by her past she really shouldn’t have been brought on television and forced to react to a bunch of angry women looking for a reaction. As tough as old boots as she is, she still a woman in her late 70s and to try to whip her into a frenzy is quite simply shameful. It is no better than watching a bullfight.

But if Kim really is suffering from some kind of mental disorder due to past experiences, she should not be wheeled out for money and turned into a figure of hate and ridicule. She needs help. Lots of it, so she can live out her life happy and without having to raise her voice anymore. In many ways, watching her shoved on the telly to explode is worse and is really quite unsavoury.

But whichever side of the fence we are sitting, there appear to be no losers in this distasteful battle… Kim has made a packet for being angry, and Loose Women got the publicity it required. But do you think this show went too far? Tell us what you think. Watch the clip or yourselves HERE.