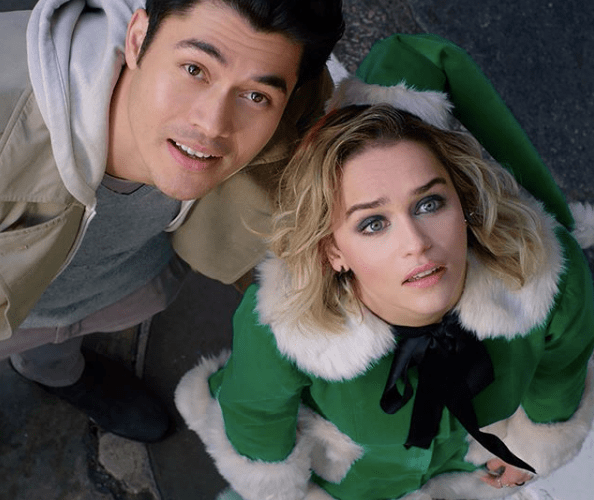 Is the film Last Christmas as bad as the critics say it is?

The festive rom com Last Christmas has been slated by the critics but has gone a storm with movie goers. We tell you the truth about this season’s chucklefest!

It’s been described by the critics as one of the worst films ever made but festive schmaltzfest Last Christmas seems to be doing rather nicely at the big office –  and quite rightly so.

Let’s get this straight. Ignore the those ‘think-they-know-it-all’ snoot critics, they’re just a bunch of kill joys as Last Christmas is NOT a bad film. In fact it’s actually a rather lovely, satisfyingly gooey festive romcom that ticks all the right boxes. Yes, it’s twee and a bit silly, but what do you want from a yuletide romance? A serial killer on the rampage?

As it stands, Last Christmas tells the syrupy story of Kate, a disillusioned girl who works in a Christmas shop in Covent Garden, who isn’t quite sure what to do with her life. Then she meets a rather dashing fella called Tom, who opens her mind to the world around her and helps her appreciate her family, friends and indeed her own existence.

Life is full of surprises. 🎁 Make a date to see #LastChristmasMovie in theaters on November 8!

But while this all sounds like a by-numbers romcom, it is a bit different from most. By the time the final credits roll, viewers are left – SPOILER ALERT – shocked, tear stained and filled with a delightful warm feeling inside that lingers long after they’ve left the cinema.

Agreed, Last Christmas probably won’t sadly be an Oscar contender, but who cares? Oscar winning films are usually pretty boring anyway, aren’t they? But this is one of those films that is so sweet, joyful and sad that it will forever live on in our hearts for many years to come.  It’s enchanting, life-affirming and just so Christmassy that you’d have to have absolutely no heart to not like it.

The script by Emma Thompson and Bryony Kimmings bounces along like an Easter bunny, while Emilia Clarke as Kate is addictively smiley and loveable, and looks supercool with blonde hair and a smokey eye. Henry Goulding is perfect as the dashing love interest and Michelle Yeoh is hysterical as ‘Santa’, Kate’s prickly Christmas shop boss! Emma Thompson – star of that other Christmas classic Love Actually – is a hoot as Kate’s Yugoslavian mum who is a pessimist set in her ways.

Sharing is caring. Share the gift of #LastChristmasMovie with a loved one! Get tickets: Link in bio!

So why has there been so much hate for such a charming Christmas tale?  Probably because we live in a world where people want everything to mean something. It would appear that these days we can’t make a film or a TV show that isn’t in some way preaching about something worthy to the masses. Why can’t we have chewing gum movies that simply entertain us like we used to? Why does everything have to have so many forced layers?

Regram from @michelleyeoh_official: Get your tickets 🎫 Last Xmas is coming out on 8th Nov!!! @lastchristmasthemovie

Some of us merely want to be swept up in the magic of Christmas and the emotions and twists that the film delivers? Snoot critics only ever tend to knock movies like this because they want to look clever in front of their mates and spout off about how they think a film like Last Christmas is absolutely worthless because it does nothing more than entertain. And what’s so wrong with that, eh? Well, give me Last Christmas any day over laboured snorefests like Call Me By Your Name.

I, for one, want to see a cute looking London covered in snow and bathed in fairy lights. I want to hear the songs of Wham! and George Michael and I want to be immersed in a heart tugging romance and – SPOILER ALERT –  be moved by a heartbreaking ending. And thanks to director Paul Feig, and writers Emma Thompson and Bryony Kimmings, Last Christmas does just that!

Last Christmas is in cinemas now. Let us know what you think about the movie