Who the hell is sexy Aussie singer Kieran Lancini? 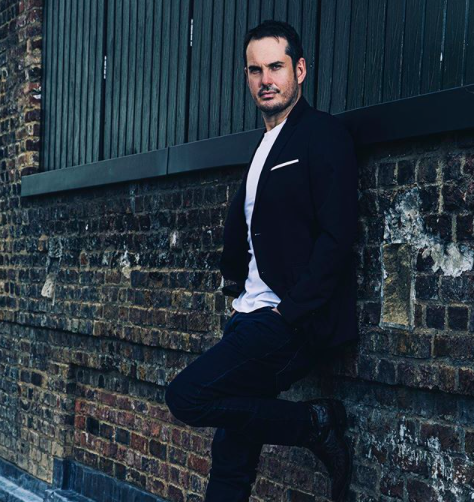 It’s Friday 23 October and today is the day two Aussie singers go head in the head in the charts. One you’ll have no trouble recognising as pop superstar Kylie Minogue, who releases I Love It, the third track from her upcoming album, Disco. The other – Kieran Lancini – you may not be so familiar with. Yet!

But boys we reckon that is all about to change with the release of the foxy fella’s gorgeous new ballad I Need You, a sumptuous ballad that will wrap itself around you like a thick warm blanket.

Like Kylie, Kieran was born Down Under but now lives in London and has spent the past decade or so working as a PR and Communications specialist! However, as you can imagine, he’s far too handsome to be hidden away behind a desk, so it will come s no surprise to discover that once upon a time Kieran was a music star!

In 2002, the raven-haired heartthrob was crowned winner of Star Search – an Aussie country music talent show that had previously discovered legend Keith Urban.

After a brief time bothering the Aussie charts – notching up two top ten singles and embarking on a national tour – Kieran packed up his stetson, moved to the UK and put music behind him. That was until January 2019, when he was grudgingly lured back to Australia to mark the 40th anniversary of the telly show that made him famous. It was performing on stage again in front of an enthusiastic audience that reignited Kieran’s love for music and led to him releasing his first track in eighteen years – The Reason – which made number two on the iTunes Country chart!

Just me and my new flat mate – DaRhonda (a lovely and sensual Madagascar Dragon Tree) waiting at a bus stop – living our best lives! #plants #london

Now he’s back with an even lusher track called I Need You, that will also come backed with a dance remix, if you please that will give his idol Kylie Minogue a run for her money!

Your track The Reason did so well earlier this year! How did that feel?

It felt very surreal. I still can’t quite  believe it happened. That was my first single in 18 years – so it had definitely been a long time between drinks with this record. It was exciting to wake up here at my home in London to see that I was charting in Oz. Something I didn’t expect, but then to find out that I had a Top 10 debut in the UK Country Charts was staggering. It was crazy. I was up at 3.45am doing a radio interview for Australia Radio when i just decided to look at the UK iTunes Chart and I nearly fell off my chair. It was very exciting to see it rise throughout the day and finally peak at the No 2 spot. I just couldn’t knock Dolly Parton off the top spot though. I am determined to get her on my next release. Watch your  back Dolly! That evening i was in bed at 8pm – as i was emotionally drained and exhausted. I remember thinking “I am way too old for this”.  Very Rock ‘n Roll!!!

The Reason will be out 29th May. My first single in 18 years! Recorded at the beginning of the year in Nashville at the famed @houseofbluesstudios and @foxdenstudiosofficial in the U.K. – written by @tamarastewartmusic and little old me. Pre-Order/ Pre-Save with link in bio. #countrymusic #starmaker #toyota #singer #singersongwriter #music #thereason #single #oldbutnewartist #artist #storyteller

What’s The Reason about?

The Reason was co-written by Nashville based, Australian singer/songwriter Tamara Stewart (below). We sat down last May when she was in town doing her own tour, and I was telling her about how my aunty told me that my maternal great grandparents flipped a coin to decide their fate. Heads was to move to Australia and Tails was a move to Canada – thankfully Heads won, or i wouldn’t be here. I like to think that I inherited some of that adventurous spirit, especially with me moving over to the UK at 26 with not knowing a soul and starting anew.

Today we wrote a killer song and now we are having Italian. Life is good. @tamarastewartmusic #livingourbestlife #london #farewell @lucianoslondon

This was a looooong time ago. When I was 21 I won the prestigious Star Maker award in Tamworth Australia. This was and still is Australia’s most prominent Country Talent Quest and has spawned some great Country superstars – Keith Urban being one winner a couple of years before me.  With that prize I won a recording deal with ABC/ Universal, a Toyota car and a tour around the country. My first Star Marker single A Matter of Time reached No 4 in the Country Charts and the follow up – also co-written by Tamara Stewart – All Because of You went to No 7.

18 years since their first release – the old @starmakeraust singles are finally up on a streaming service near you. Good times. #country #countrymusic #goodolddays #abcmusic #universalmusic #toyotastarmaker

What was life like as the winner of the show?

It was incredible. I got to see the country on my travels  and meet some amazing people along the way. I grew up a lot that year.  A few months before I won the show, I just moved to Sydney from a real small cane farming community in North Queensland. So was kinda thrust into this crazy new world. It was a blast and quite scary – but geez did i have fun!

First port of call on the Tamworth tour is The Australian Country Music Hall of Fame. Super stoked and floored that I am even in there among so many artists that I have admired my whole life. Very honoured indeed. #countrymusic #australiancountrymusic #tamworth #hasbeen

Did you have any stalkers ?

Well….. One lady – who was in her 60’s – did park outside my parents’ house and sat for a few hours. Mum felt sorry for her and invited her in for a cup of coffee.

Looking back what would you have done differently?

If i knew then what I know now – I would have done loads differently. But my decisions and fate got me to where I am today. There is no point in thinking about the past as I am where I am supposed to me right? I think in hindsight i would have practised the Guitar more – as i am still terrible.

Why did you decide to release a song now?

I was invited back to Australia for the 40th Anniversary of Star Maker last January. At that time i had not been home to see the family for about 4 years, and thought it would be a good time to head back. I also had not sang publicly in 14 years, so I was absolutely terrified. The only singing I did was when I was drunk in Soho doing karaoke somewhere getting stuck to the floor downing my 14th vodka of the evening. But getting up on that stage in Australia and getting an encouraging  reaction lit a fire in me to give it a try again.

Is this the beginning of a second phase of singing for you?

Ha – well….. let’s see. I am just super excited that people are really responding and liking The Reason and I need You. Who knows?

Well, we reckon your follow up I Need You is even better than your first track?

Thank you. This song is so special to me as it immediately transports me back to my time in Sydney when I co-wrote this song – all those years go.  I wrote it with Phil Barton, who has since gone on to move to Nashville and wrote the No1 US hit A Woman Like You for Lee Brice, and songs for Sara Evans, Dustin Lynch, Bobby Bones and a host of other A List American Country talent. I recall the song being written in an afternoon. We wrote over 30 songs together during a year period and they were always done within a morning or afternoon.

You’ve also commissioned a dance remix of the track, haven’t you?

Yes, that is a first for me. It has been produced by DJ Argonaut, a very talented DJ and remixer who lives in Sydney. I co-host a Kylie Minogue podcast and interviewed him and then asked him if he’d remix the track for me. It’s very poppy, very 90s and very camp! I think pop fans will love it.

Talking of your Kylie podcast The Diminutive Collection, how did that come about?

Me and a friend absolutely adore Kylie and thought during lockdown why the hell not do a podcast where we revisit some of her albums in the lead up to the release other new album Disco. We love it. Our tastes vary but we have such fun listening back to Kylie’s older music and discover sometimes that the tracks we didn’t like when we were younger are actually great! The podcast launched on Kylie’s birthday in May and we’re 30 episodes in. We have a very loyal bunch of supporters and we love doing it.

I Need You and The Diminutive Collection are both available now on Apple, Spotify and other platforms.