EXCLUSIVE Anthony Kavanagh: ‘People might have thought I had everything but I was depressed’ 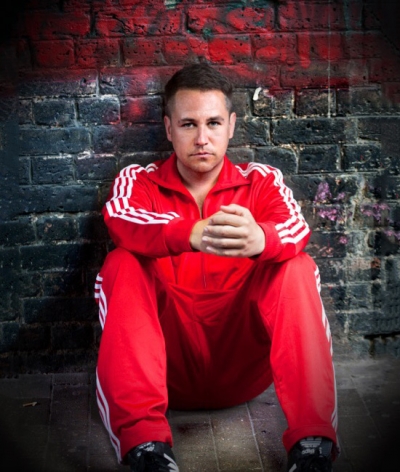 Pop star Anthony Kavanagh chats to GuysLikeU about his new play about the Admiral Duncan bombing and his struggles with his sexuality at the height of his career.

If there’s one thing you can say about 90s pop hunk Kavana is that he’s lived one hell of a rollercoaster life. The handsome Manc popster, who had hits with Crazy Chance, I Can Make You Feel Good and MFEO (all available on iTunes, kids!), has done it all. He’s hung out with Kate Moss and Naomi Campbell, he’s toured the world, lived the Hollywood lifestyle, found love, lost love, hit rock bottom and dragged himself back from some very dark times.

Now after stints on the Big Reunion and Celebrity Big Brother, newly single Kav is leaving music behind for a while to tread the boards in a play called Blast From The Past set around the tragic Admiral Duncan nail bombing of 1999.

Here, the handsome singer tells us about why he’s got involved in the production and opens up about how at the height of his fame he struggled terribly with his sexuality. So Kav, you’re appearing in a play about the Admiral Duncan bombing – how did you get involved?

I’ve previously worked with the writer and director, Anna Lisa so she sent me the script and I read it in one sitting and loved it and really wanted to be part of t it because it was telling such a compelling story.

What’s the story about?

The play is set in 1999 and the present day. It is centered around a working class family who live in Blackpool. I play Danny, who is a bit of a troubled ‘bad lad’ who eventually reveals another side to him. My brother is a drag queen and my mum is a tart with a heart, so you can imagine the scenario. My character is reluctantly made to go to London for the day with his brother and best pal, who all end up in Soho when the bombing took place.

What do you remember of the bombing itself? Were you out and gay then?

At the time, I was on tour in Asia and this was before the internet was a popular as it is now (God, that makes me feel old!). It was actually my sister that brought it to my attention, as her and my brother in law were watching a West End show that weekend. I usually did my weekly call to my family the when I was away on tour, and to be honest with you, it didn’t really resonate with me as strongly with me then as it would do now.

Were you out at the time?

No you see, I was still very much in the closet. I was just on the tail end of my pop career in England and was preparing to move to America to start again. I’d had a few secret dates with guys but was too afraid to act on it, as ridiculous as it sounds in this day and age. 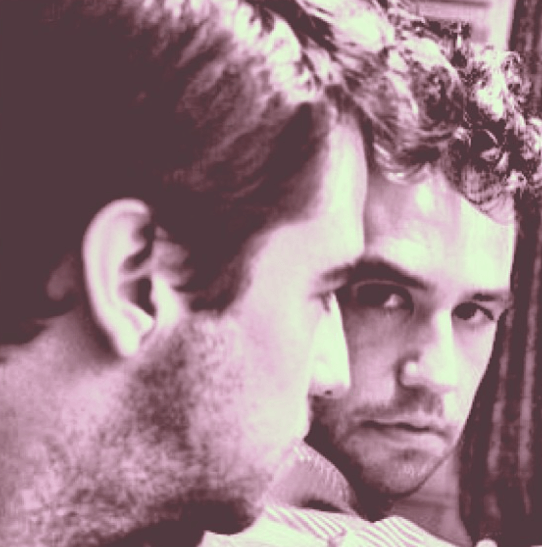 David Copeland, the guy responsible for the bombing at the Admiral Duncan, also targeted the Asian community in east London and the black community in Brixton. Do you think he was homophobic or just full of hate toward people he didn’t understand?

From what I’ve read and now understand, the person that did the bombings seemed to target what he thought were specific ‘minorities’. It’s hard to say. Either way, it was an awful tragedy.

The play comes so soon after the Orlando shooting. Are you shocked that stuff like this is still going on – or like the pub bombing do you think thses atrocities are very rare

These things are shocking and horrendous and are still going on 20 years later. It’s distressing no matter how frequent they occur.

You’re currently writing your autobiography – what can we expect from it?

It started out as a few memories from back in the day, as I certainly don’t see myself as worthy of writing an autobiography at 38. Living in a council house one week and then on Top of the Pops next lead to many adventures and escapades. Let’s just say, when the truth comes out, I may have to go into hiding!

Looking back, when did you realise you were gay?

I was 16 when I realised I liked guys but I hadn’t told anyone. I did an Attitude cover for my second album but didn’t mention my sexuality because I wasn’t ready at that stage to go public; I just wasn’t brave enough to do it, especially as I had so many female fans at the time.

So if you weren’t out, how did you deal with your sexuality. When did you embrace your sexuality?

I would go out to Browns nightclub and roll in at all hours. That’s when the destructive times started and I started to meet people who introduced me to drugs. I still wasn’t open about being gay and was too nervous about acting on my impulses but did have a snog here or there.

You’ve said before you had a moment with Stephen Gately.

Stephen and I shared a lot of lingering looks when I was supporting Boyzone on tour. One thing led to another and we started seeing each other – but it was all very innocent. He was such a lovely lad. I took it hard when he died because he was the first guy I had shared any intimacy with.

When the pop career slowed down, you headed off to LA right?

I moved into Clark Gable’s house and stayed there for six years. It felt like a new start for me and was great to start with. I had my first proper boyfriend, I got an acting agent and got a part in an MTV soap called Undressed, in which I played a Hugh Grant type. Living in LA was great to start with, a really brilliant experience, but there was a dark side to the city and a lot of temptation.

Back home things weren’t great, were they?

My dad got diagnosed with cancer and so I had to return home. I felt so guilty as my family were about to lose the house that I had bought them because I had run out of money. Then mum started developing dementia and that’s when I started to drink a lot to cope with it.

Did your parents know about your sexuality?

No, and I regret never telling him. But I think dad would have been okay about it. I remember him saying to me, ‘If any child of mine was gay, it wouldn’t bother me.’ And I was like, ‘Yep, right’. But I could never say anything. But dad met people I was seeing and I think he knew.

Is acting your main focus now?

At school I was always doing school plays. One of my best mates at school was Suranne Jones. Me and her would basically take over the drama class and that was way before I realised I had any musical talent. So, it’s always been there I guess. I’ve done plays and the odd cameo in stuff before, but it’s a bit nerve wracking doing live theatre for something like the Camden Fringe.

You’re single at the mo, are you looking for love?

At the moment, I am just happy to be working and focusing on the future. I’m certainly not looking, but you never know what is around the corner!

For more info about Blast From The Past check HERE 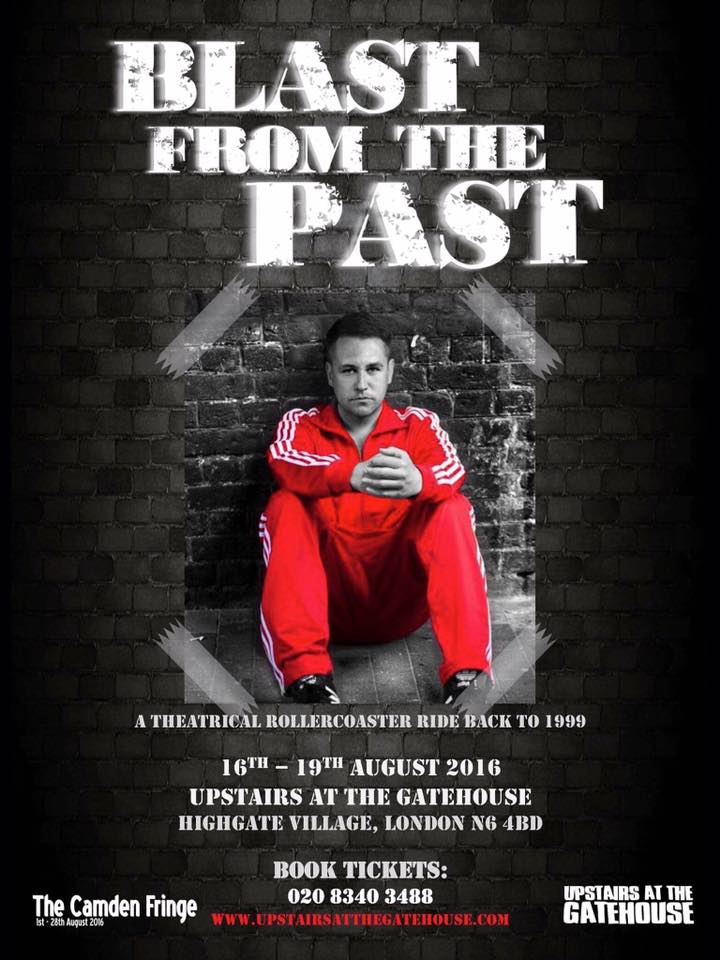 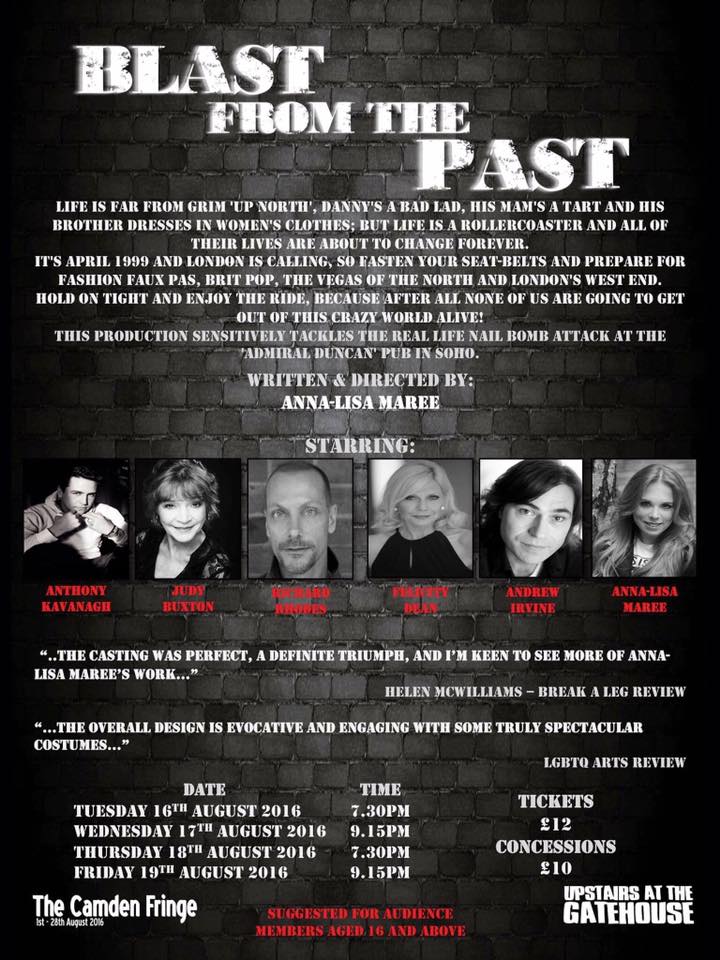