“I was always inquisitive about open relationships, but I think I know I want a committed relationship” 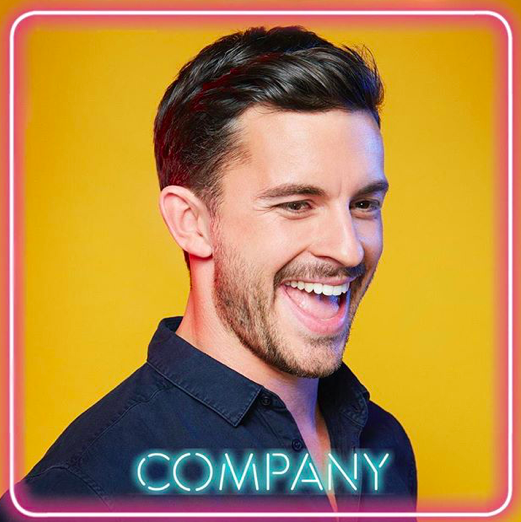 Big-hearted actor Jonathan Bailey opens up in a new interview about why LGBT homeless charity The Albert Kennedy Trust is so important to him and talks marriage and family.

There are many things we know for certain in life… The Earth is round, EastEnders is the most miserable telly show onto box and Broadchurch and W1A star Jonathan Bailey is drop dead bloody gorgeous. But not only is they thirst-inducing thesp a remarkably eye-pleasing fittie, he’s also wonderful talented actorrrrrrrr who is currently winning rave reviews in th West End run of Company alongside theatre legend Patti Lupone.

On February 12, he and his co-stars will take part in a special performance of the production to raise money for the Albert Kennedy Trust, the LGBT youth homelessness charity that is very close to Jonathan’s heart!

Had a cracking chat with the brilliant @attitudemag about @companywestend, marriage and monogamy, and tackling homelessness. 🎈LINK IN BIO🎈

“AKT’s outreach is huge and they’ve got an amazing mentoring scheme as well, ” Jonathan says of the good work they do. “I think from my upbringing, I wasn’t exposed to any role models in popular culture or in my day to day life, so the idea that there’s a safe conversation that can be had with you by someone with experience is really important – because it can [still] be an incredible dangerous place to be.”

He added: “There are still people who don’t feel safe in their own home because they’ve had a first real conversation about who they are. We all know the gay world brings certain challenges. This one guy came out and his parents made it clear he wasn’t welcome in their house – he moved to London, ended up going to a chill party where he was encouraged to take drugs and was infected [with HIV]. That’s a life-changing trauma on multiple levels, and the idea that that’s still happening… The Albert Kennedy Trust will never let someone go homeless for that one night, and all it takes is a phone call.”

Speaking about his own experience of growing up, Jonathan told Attitude: “Yeah, I’m very grateful that I’m where I’m at now. Even though there’s a common understanding [between gay people], no one person has experienced the same thing. I do look back now and realise how hard it is, and how hard it was. At the time I always felt I was lucky that I was surrounded by people that loved me and did accept me – through multiple conversations of course – but the idea that you’re ‘lucky’ because of that… It’s a right to be supported.”

However, Jonathan says he’s not sure if he ever felt, when growing into the man he is today, any feelings of loneliness or isolation, admitting: “I was a ballet dancer at 11, and I was acting, so I don’t know… I was also very open with myself and at various points with my friends, so it was more that I felt I wasn’t enriched at that age – there wasn’t anything to affirm [my identity]. I was very curious and open, and that comes from having quite a supportive friendship group and family, but it would have been very different had I been someone who was openly gay, I imagine. But that’s why the Albert Kennedy Trust is so important – a lot of the access points to young LGBT people are severed through fear, and it’s like having a guardian angel and someone’s only a phone call away. I think that’s fantastic.”

In Company, his character is have doubts about his same sex marriage, but Jonathan says in realise he is looking for a happy every after.

“Doing this production has been unbelievable in terms of how it’s made me see myself and what I want. I one hundred per cent believe in a long-term committed monogamous relationship, that’s completely my world view. Having a family is something I’ve never wavered on. I think I was always inquisitive about open relationships and how that works, but I think I know that I would want a long-term committed relationship. I would totally marry someone if they wanted to marry me. But I wouldn’t need the validation of a marriage to feel secure in a relationship – but having said that, it’s probably something I’d love to do, yeah.”