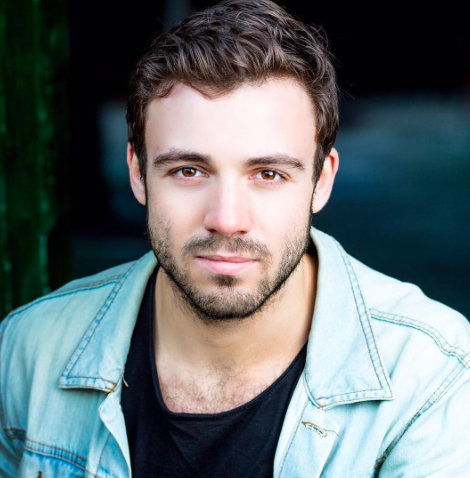 Next month sees the launch of a brand new and spectacular jukebox musical that will have you humming away until Christmas.

Mad On Her, as the rather clever title suggests, is a marvellous musical set in the heady days of the 80s, when hair was big and shoulder pads even bigger.

According to the show’s organisers, the colourful new production tells the story of Donna, an ambitious and stylish lass who is happily climbing the ladder of success. Men, it would seem, are the last thing on her mind. But Cupid (and her best mate) have other ideas and set about embarking on some nifty match making, all set to a catchy 80s soundtrack.

Well it is. But if fun sing-a-long tunes aren’t enough to get you skipping to the theatre, then let us offer you an extra reason to book tickets for this strictly limited run. 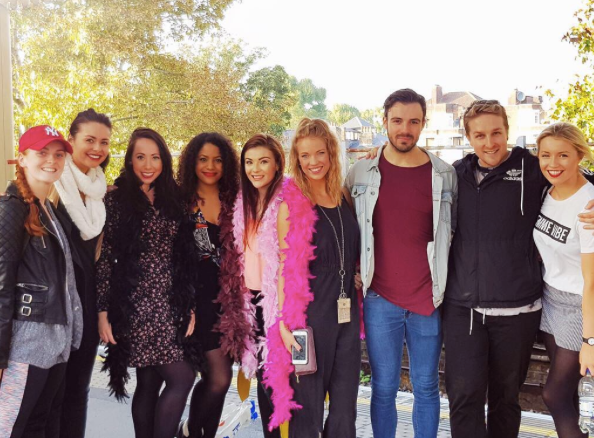 https://www.stripathon2017.everydayhero.com/uk/james-colebrook PARAGRAPH BELOW Hey everyone, in a few weeks time I shall be taking part is an amazing charity event at the Novello Theatre in London called West End Bares. Put on by the Make A difference Trust which goes to fight HIV and AIDS in the U.K. And abroad which currently affects 36.7 MILLION people worldwide with 1.8 being children. Please if there's anything you can spare to fund this amazing charity and our awesome show where we bare all it will be greatly appreciated. 😘 #charity #westendbares #madtrust #makeadifference

As you can see, this deliciously hairy fella is not only a talented thesp and tuneful songster, he also just happens to be DROP DEAD GORGEOUS and will no doubt win your hearts as soon as you lay your thirsty peepers on him.

A rising West End star who trained at prestigious acting school Laines, this supercute hottie is definitely worth keeping an eye as we reckon he has what it takes to make it big.

And if you snap up some tickets for the show, you will get to breathe in his air! Yikes!

In addition to him being talented and blimmin’ gorgeous, he’s got a big heart and is about to raise money for charity in a rather exciting way later this month.

James is just one of many fit and fab west end stars planning to strip off as part of the West End Bares show, which every year raises money for the Make A Difference Trust.

In a post on Instagram, the dashing dandy said: “I shall be taking part is an amazing charity event at the Novello Theatre in London called West End Bares,” he says. “Put on by the Make A difference Trust which goes to fight HIV and AIDS in the UK and abroad which currently affects 36.7 MILLION people worldwide with 1.8 being children.”

He added: “Please if there’s anything you can spare to fund this amazing charity and our awesome show where we bare all it will be greatly appreciated.”

How can we argue with a face like that, eh?

Donate money for the cause HERE!

Below meet the cast of Mad On Her!

@mrjordantodd is back to revive the role of cheeky chappy "Marti" and we couldn't be happier.. Marti is our cool and crazy joker.. who loves to see a smile on everybody's face.. (Jordan reached the Semi-Finals of Britains Got Talent and has recently finished playing Lizardo in The Enchanted Forest, Disney-Paris).

We are THRILLED to announce that @swatsonmusic will return in the role of #Donna for the London Production of @madonher80smusical TICKETS ON SALE NOW! From £16 (Link In Bio) #80sMusic #80sParty #80sisthebest #AllNightLong #Conga #Party #materialgirls #80snight 💃💃🏿🎉💫✨👑