Is Madonna being shady about Kylie Minogue? (VIDEO) 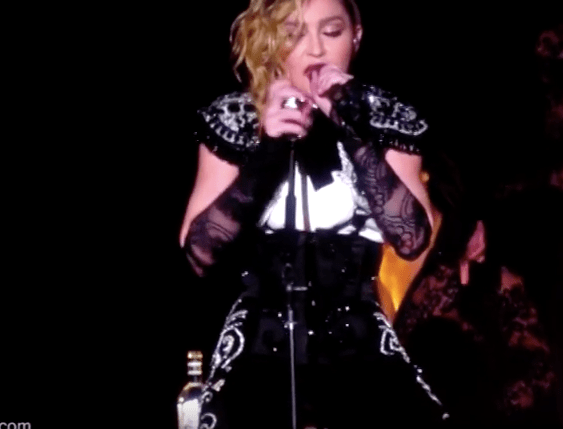 We’ve always loved the idea of pop queens Madonna and Kylie being best buds, hanging out sipping Cosmos and swapping clothes like girls do… So when we heard that Madge had paid tribute to the Aussie popstrel at her Brisbane gig we were giddy!

But when we watched the clip, our hearts sunk just a wee bit because we couldn’t tell if Madonna was being nice or being shady.

During her show the superstar singer launched into a, er, shaky rendition of Kylie’s megabit Can’t Get You Out Of My Head, telling the crowd, ‘I love this song! I love Kylie! I wish you were here.’ But then when she goes on to say ‘Where are you Kylie? I didn’t mean to scare you away…’ we started to wonder if this was classic Madge shade. Which is a shame if it was, as Kylie had taken the trouble to go see her at her show last week, even having a pic with Guys Oseary, Madonna’s manager.

Having fun with the beautiful @kylieminogue #melbourne #australia ..

What do you think? Is Madonna being genuine in her adoration of Kylie? Or do you sense a little bit of shade? We hope they’re laughing about this in some fabulous Sex And The City style bar sipping cocktails!