Inside the year’s most shocking film!

Chemsex. Everyone’s doing it, right? Me, you, your sister, your brother, even your granddad! No?!? Er, maybe not.

But is this current trend something all gay guys should have sleepless nights about? Is it as widespread as the media would have us believe? Or is it very much a trend that is specific to a certain kind of gay guy?

Here, Mitch talks to GuysLikeU about the film and just how prevalent sex and drugs are on the gay scene. 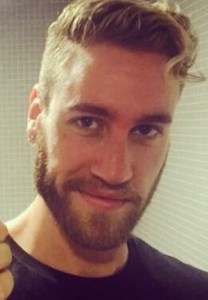 Writer and director Mitchell Marion says he wants people to make up their own minds about the controversial party scene.

Wow, Mitch, G O’Clock is a pretty in your face kind of film. What was your reason for making it?

There are two main reasons. Firstly I use film making as a sort of therapy, I find a topic or subject I’m not really at peace with and work thought it by creating a story and a film. I guess my own party habits were worrying me and I wanted to sort out how I was going to fix that. Secondly I could see that I wasn’t the only one struggling, and that there were guys out there that were having a really tough time of it. Chemsex culture was just starting to boom and people needed to start talking about it. What better way to add my voice to the conversation than though my work?

Do you understand why guys go to these chill outs?

Guys go to sex parties because they’re sexy! Or at least they are at the beginning. There was once a point where the word chillout meant simply going back to a mates after the club, putting on the heel, the lash, the wig and having a crazy fun time. I don’t know exactly when the definition of chillout become sexparty, but once it did, the club scene in London never looked the same. Group sex for me is a turn off, and I feel very lucky about that! If I was like most guys then I think I could have slipped into some very dangerous habits. However I can completely see why guys find group sex so addictive. We all like sex and a lot of us like drugs, especially those that enhance sexuality, so combining the two is a natural progression. 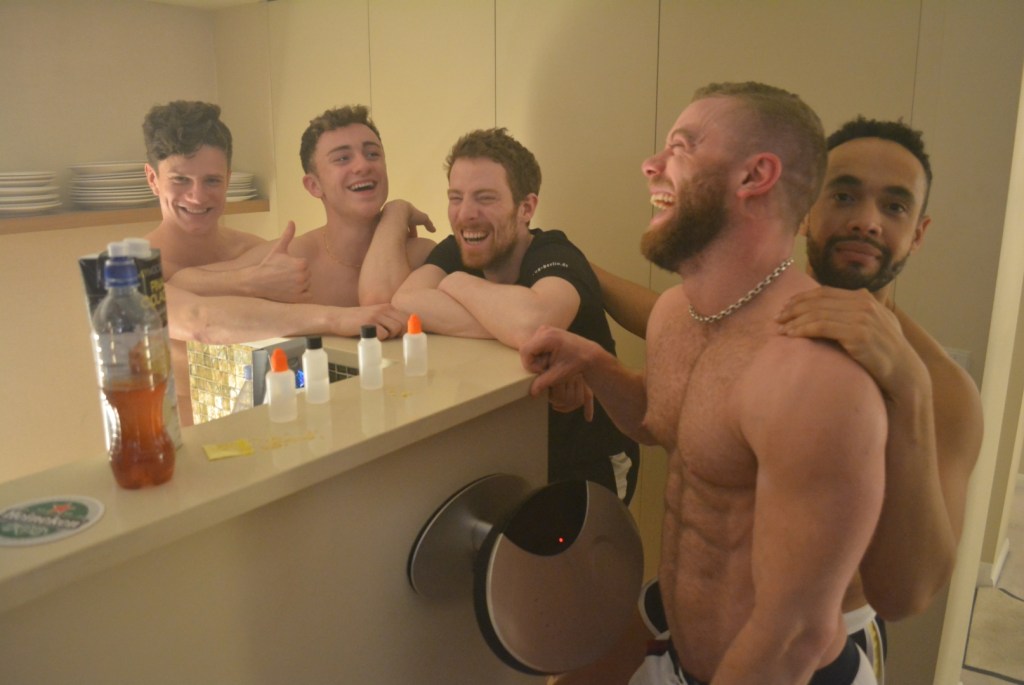 The harrowing film details a drug-fuelled night in the life of chemsex party revellers.

What kind of research had you done before making the film?

I did a lot of research for the film, from speaking to people like David Stuart from 56 Dean St, to attending the amazing open mic night Let’s Talk About Gay Sex and Drugs run by Pat Cash. But mostly I spoke to friends, and friends of friends about their experiences and of course drew from my own. I’d only ever been to one proper sex party and that was because I arrived home from the clubs and my housemate at the time was having one! As I was in the research stage of the film I decided to join in, but it just confirmed that it’s not for me.

‘Guys go to sex parties because they’re sexy! Or at least they are at the beginning’

Do you think the scene is more about sex than drugs? Do you think certain people are more inclined to fall into the scene than others?

I think the gay scene is different things to different people, but for those involved in the chemsex scene, the sex is the focus, and the drugs enhance it. The chemsex scene really has become its own subculture and there are groups of guys who become fast friends. You hear people say they have or had “Vauxhall Friends”. People who they only ever see on the scene who, because of the drugs, they have spilled their entire life story to, but they never see these people sober.

Why do you think guys are drawn to these parties?

There are a lot of guys who are using the chemsex scene to both distract themselves from whatever difficulties they have going on in their lives and to also help make them feel a connection with other people. Drugs like mephedrone make you feel like a real connection is being made even when there isn’t one. It’s these guys that are most venerable to falling into the dark, self medicating and harmful drug abuse that the chemsex scene can promote. 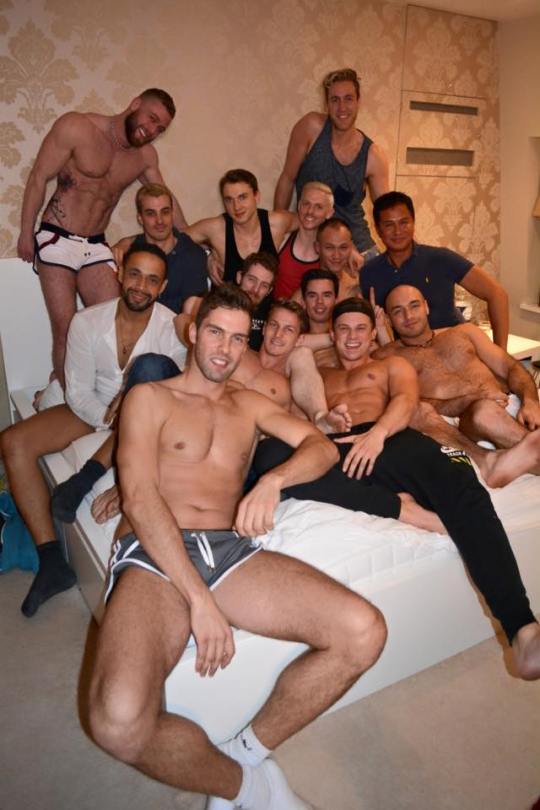 The cast of G O’Clock finally have something to smile about!

If we are to believe the current media hype chill outs are about to blow up and increase the spread of sexual diseases including HIV. Do you think it’s an exaggeration?

The chemsex scene has already blown up, the media is only now just catching up. It’s a fact that HIV is on the rise in direct correlation to chemsex parties. It’s a fact that guys are dying from overdosing on GHB/GBL. However we can’t stop the sex parties and chemsex and I don’t believe that should be the goal. But we can educate ourselves and be compassionate to our fellow gay brothers. If you’re involved in the chemsex scene then educate yourself on how to navigate it in the safest way possible. If you struggle to put a condom on when your high then tell someone, get help. If you see a friend starting to lose control of their party habits then speak up! Provide help.

According to research a couple of years ago, the chill out scene was kind of focused in south London areas – do you think sex apps will cause a spread of the scene across London and perhaps the country?

I think it’s easy to blame sex apps, but we have to take some responsibility ourselves. While the apps make it easier to be a dickhead without consequences, that’s no excuse to actually be a dickhead online. That being said, while you can turn on Grindr at any time of the week, and I mean any time, to find a chillout happening in the South London Chillout Triangle, the sexparties are definitely spreading from London throughout the UK. I bet theres a chemsex party happening in Sydney or New York right now.

Have you noticed an increased use of drugs on the gay scene in general?

I think drugs are just as prevalent in the straight world, it’s just the type of drugs and the way a lot of gay men use them that differ. Most straight people I know that take drugs pop a pill or two in the club, or share a gram of coke at a house party. The idea of fucking for 48 hours straight on mephedrone and GBH is a completely outrageous concept to them. 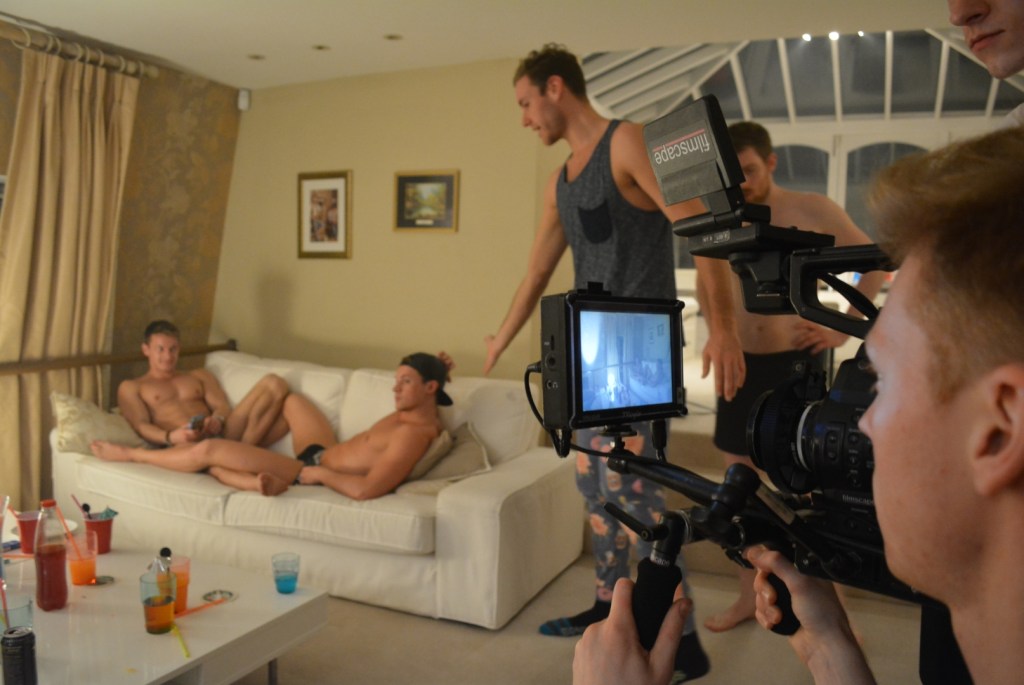 What is the message you want them to receive? What have been the reactions so far?

The main message I want people to take from the film is to know their limits. There is a clear point in the film where the main character tries to leave the party, and it is only after he stays that things really start to go wrong. I believe, perhaps controversially, that chemsex can be incorporated into a normal and healthy lifestyle. However, that is easier said than done and most people need help to realise where their boundary is. If the little voice inside your head says its time to leave the chillout, then leave. If you think you should try and sleep instead of calling your dealer then go to sleep, and if you are having trouble making these decisions then seek help. Sex and drugs is fun guys! But it can also be dangerous, so if you’re going to do it then be smart about it.

Do you think it should be a film shown in schools where sex education rarely touches on gay sex or disease prevention?

Don’t get me started on the subject of LGBT sexual education in the UK. Let’s actually get uniform and progressive basic LGBT sex ed in schools before we start thinking about showing this side of things to teenagers. Unfortunately because of the ratings system I doubt G O’Clock would ever be shown in a classroom, however I would hope that those who would benefit from it’s message would be able to get access to it.

The film will be screened at the Flare Festival on Tuesday 22 March and Saturday 26 March.