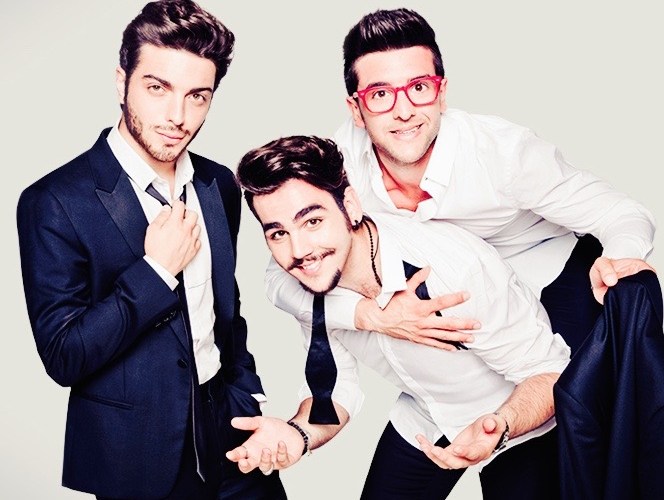 It’s Saturday, just a few hours after GuysLikeU enjoyed a wild night with Italian singing sensations Il Volo at the prestigious London Palladium. And even now, we can still hear the wondrous sounds of their ferociously strong vocals ringing in our satisfied lugholes.

The three fit fellas, who are best known over here for their majestic performance at last year’s Eurovision, hosted a flamboyant one off UK show where they treated a packed house to a series humungous tunes including their triumphant Eurovision hit, Grande Amore. 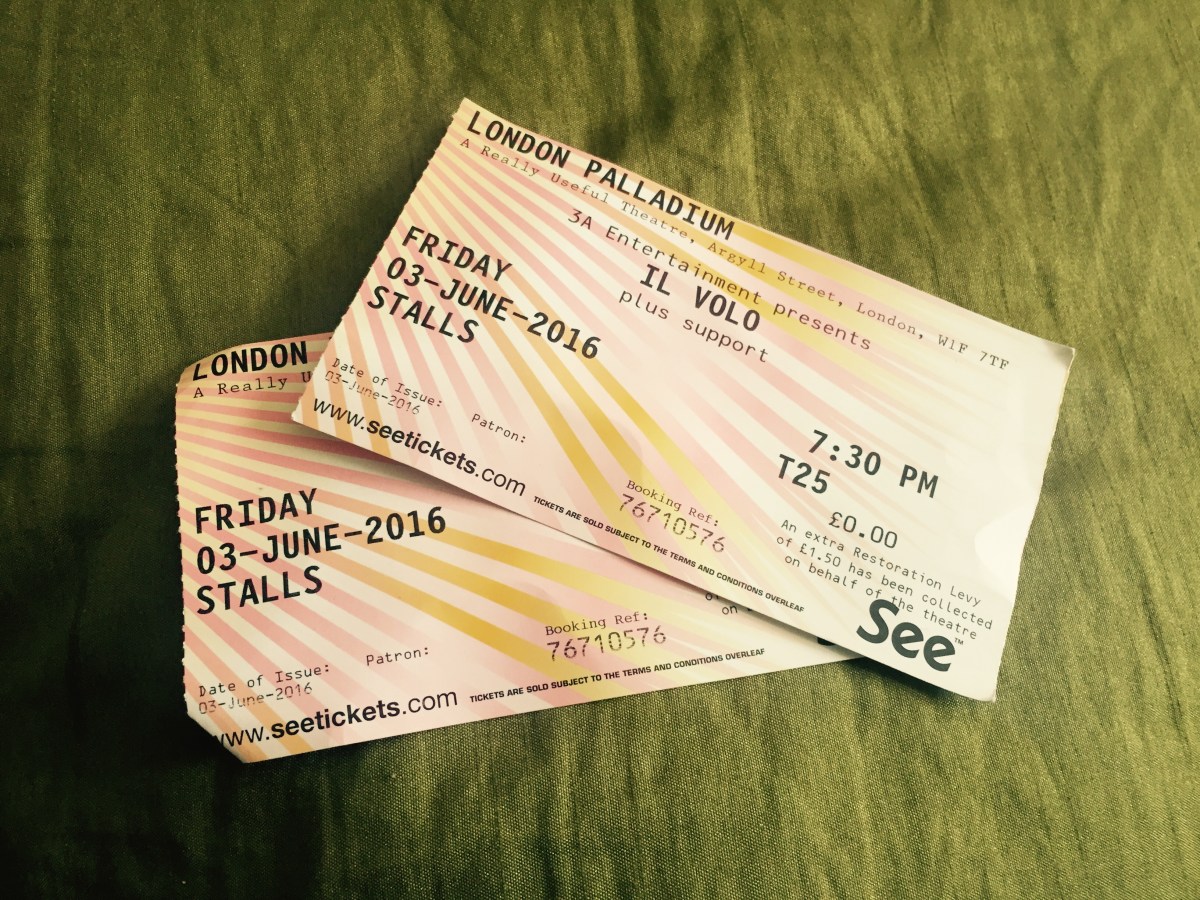 Backed by a small orchestra and band and bathed in spectacular lighting, the three Italian stallions put the likes of Il Divo and our usual faves Collabro to shame by showcasing faultless vocals, flirting outrageously with the crowd and prowling around the stage like three cocksure Joey Tribianis.

Just before the show, GuysLikeU hooked up with the boys – baritone Gianluca Ginoble, and tenors, Piero Barone and Ignazio Boschetto – to find out more about them. And what a hoot they turned out to be.

So boys, you are massive around the world – how come we Brits have had to wait so late?

Gianluca: We started out seven years ago and have been very busy travelling around the world. Our first tour started out in the United States way back in 2011, where we did some very important shows out there on HBO, ABC and Fox. Then we went back home where we won one of Italy’s most important TV shows called the Sam Remo Festival and then of course last year we did Eurovision. But now we are in the UK and we are so glad to be here because we have always loved it here. Actually we were here five years ago and appeared on the Jonathan Ross Show.

Oh yes, you looked very different back then. Your performance at the Eurovision was spectacular.

Gianluca: Thank you. What we do is not  just Italian pop music, this is Italian music, and Italian music is very powerful around the world. That’s why Eurovision was such a big opportunity for us to let millions of people hear our music

Piero: Eurovision was an amazing experience and even though we came third on the night, we found out the next day that we had come first on the televote, which was just amazing, because it meant that people who voted would most likely want to come to see our shows too.

You’ve been together seven years, let’s find out more about you boys…. Which of you is the bossy one?

Ginaluca: Oh, we all are, the three of us. We are like a team. Ignazio is the goal keeper, Piero is the midfielder and I am the striker.

Ignazio: No, I am in the attack, Gianluca is the defence…

Pieo: And I am the coach.

Gianluca: No, our coach is our manager, Michele Torpedine, who is the guy who discovered Andrea Bocelli.

Who is the grumpiest one?

Piero: What you mean grumpy?

Piero: Oh it has to be Ignazio.

Oh really? Why is that?

Gianluca: It is because he likes the pillow….

Ignazio: If I understand what ‘crumpy’ means… 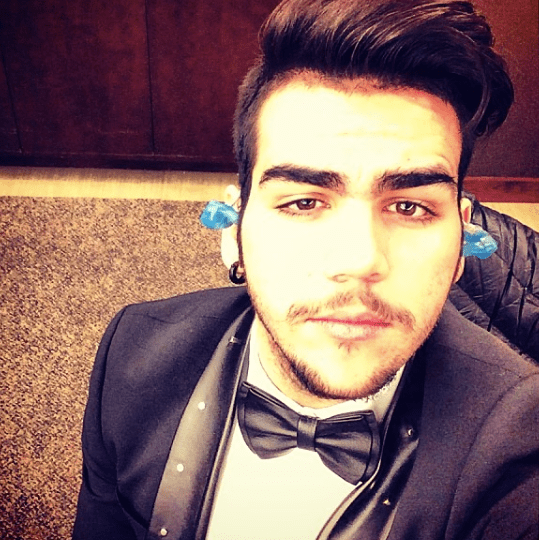 Ignazio: Aah, grumpy… When I get up in the morning, I think five minutes more. And then half an hour passes and I’m still there because I really love the warmth.

Piero: …Laying on the bed.

Gianluca: He’s sharing a love with his pillow. Ha!

Not too much love, we hope. On a similar note, who is the most romantic of you all?

Ignazio: Me and Gianluca are the most romantic, I think. And Piero? Er… He’s not that romantic because he doesn’t have any relationships.

Does that mean you two are attached? 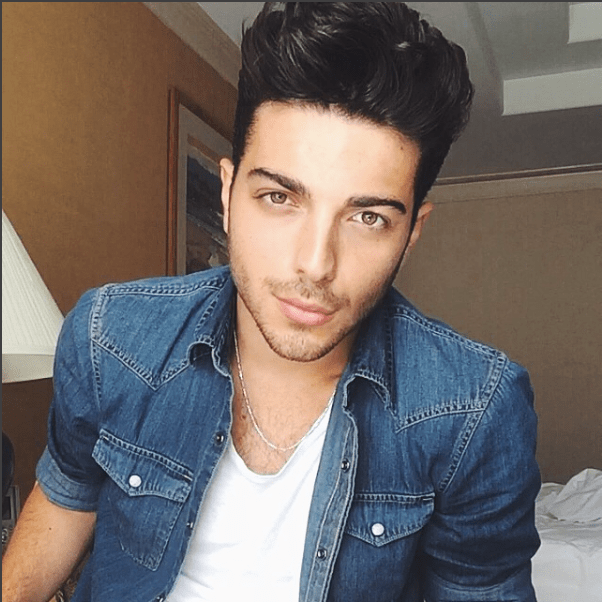 Which of you is most popular with girls?

Gianluca: The three of us, Il Volo.

Ignazio: Gianluca does have more followers on social media, than Piero and me. But I don’t use social media much.

And which of you is most popular with gay fans?

Piero: Ha, the three of us.

Ignazio: No, no, me. Remember me in Madrid.

Gianluca: The reason they like Ignazio is because he is tall and they like man with beard.

Do your fans send you rude messages on line?

Ignazio: Oh yes of course and sometimes I reply to them, girls and gays, if the message isn’t too weird.

Gianluca:But there are many crazy people.

Ignazio: We really get some weird messages.

Ignazio: We can’t, but let us say that some of them are weird.

We’ll have to imagine for ourselves then. Who likes to be naked most?

Ignazio: Yes, in his room.

Gianluca: But not in front of us.

There’s nothing to be ashamed about – footballers walk around each other with it all hanging out.

Piero: That is what I do.

You must be very proud of what you have then.

Oh yes, I am very proud myself. The mirror is very proud of me too. Ha! 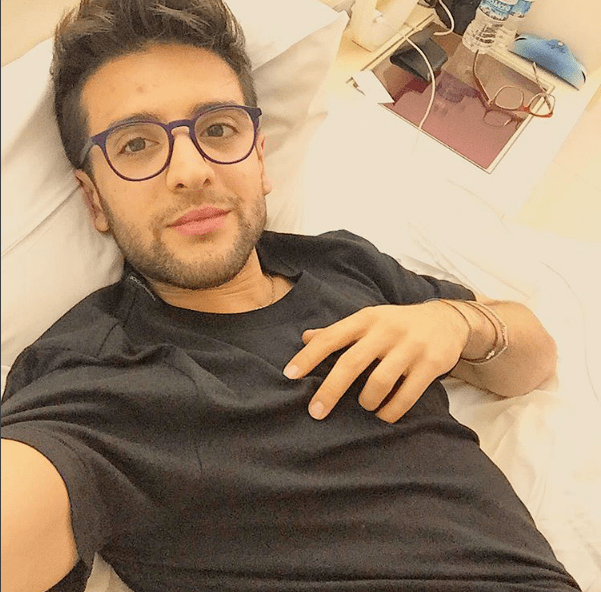 Who is the one most likely to forget a girlfriend’s name?

(Ignazio and Gianluca point at Piero)

Piero: Oh don’t talk about this.. ha! There are so many times I’ve said ‘Hi Francesca!’ and she says ‘No I’m Cara!’ And then ‘Ah, hi Cara.’, ‘No I’m Maria!’ There has been many times I’ve been like this. I am bad with names I will not remember your name and we have only just met!

Charming! Who is most likely to have a terrible hangover.

Piero: We sing five times a week so we have to be responsible with our voices. But when we go on vacation we know how to have fun.

You’re all very goodlooking guys, but when you were younger were you happy with the way you looked?

Piero: I was fat too.

Ignazio: You were not fat!

Piero: I was fat but now I go to the gym and take care of myself.

Gianluca: To be honest, I didn’t change a lot, I jus grew up. When I was younger I had no beard and curls Gianluca: Yes, flirted with them.

Goodness how old were you? Fourteen?

Gianluca: I was ten!

Gianluca: I was terrible back then.

We hope none of the teachers responded.

Gianluca: Oh no, but now, now they come back to me. Ha!

Piero: Piero: Oh, I had such good fun at school. Now, what do you have in a classroom?

Piero: Ah yes. And what is the white stuff?

Piero: Si, now what you wipe that with?

Yes. I would rub the boardwiper on the teachers chair and then the teacher would sit on it. I was bad! 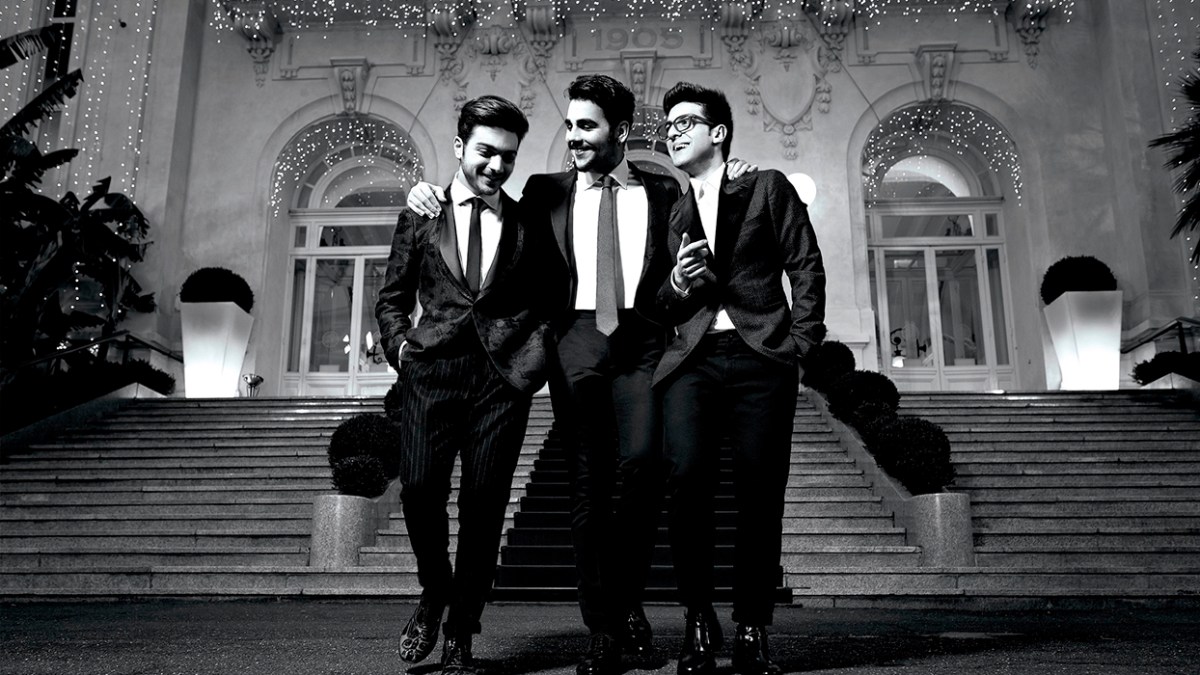 You are a wicked one. You’re all bad boys and we love it. Now, you say you are too busy for love, but do you have lots of groupies?

Ignazio: We have a group of fans in America called The Groupies.

Gianluca: We have fans of all ages.

Do you, er, enjoy the company of groupies?

Ignazio: It depends. Piero can not smell too much perfume.

Piero: When people get the chance to meet Il Volo, they start putting on too much perfume. It’s like it’s for the mosquitoes. And it’s too much for us because we have to perform and we can smell this perfume and we choke on it. Ha!

Ignazio: Curly, blonde, with not too much dark eyes – a ballerina.

Gianluca: a woman who doesn’t wear much make up. I don’t like girls who wear a lot of make up. I like them to look natural, pure.

Piero: When I go to sleep I want to see the same woman when I wake up haha!