Meet Freddie, Amir, Ivan and the other Eurovision 2016 hotties! 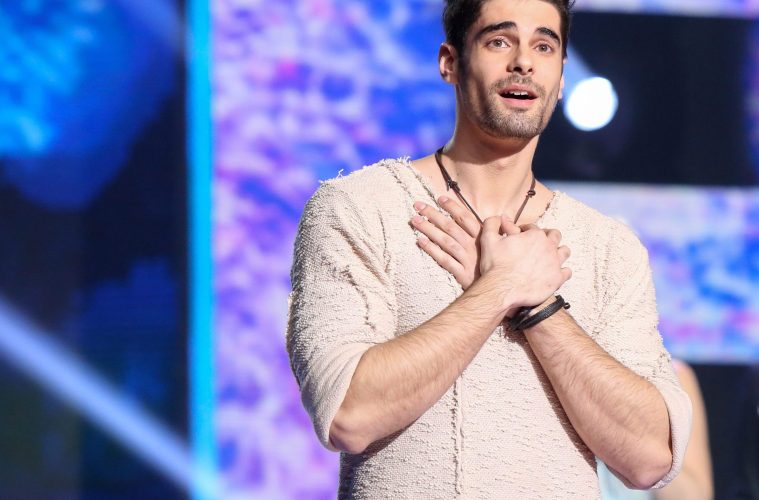 Eurovision takes place this eve in Stockholm but already we’re feeling giddy with excitement and can’t get enough of the songs that are going to be competing for the prestigious title. We are backing our boys Joe and Jake and have high hopes for their 90sesque anthem You’re Not The One. Not only do we love its sassy breakbeat, the boys are pretty darn cute and can bang out some great vocals.

But the boys had better beware because there are quite a few cool tines in the running and some of them are sung by some real hotties.

The Russian entry You Are The Only One is fantastic. A good old fashioned nonsense pop tune with a killer chorus to boot. Better still, it’s performed by gorgeous singer Sergey Lazarev who gives the song some major welly.

We’re also partial to the French entry, J’ai Cherche by Amir, a song which sticks two fingers up at those folks who continue to say Eurovision is out of date. This is a brilliant contemporary track that we reckon will do pretty well on the night. Not only that, gorgeous Amir, is one dandy looking chap who we are rather smitten by

We are also ticked by the moody 80s electro vibe of the Belarus’s entry Help You Fly by Ivan, though we are worried that his vocals may let him down in front of an audience of millions.

And then there’s Freddie from Hungary with the song Pioneer. Well, looking at him, it’s not Hungary we’re feeling, we’re thirsty as hell at the sight of him! Wow! Amazing looks, but even better vocals. The song is good too. Perfect package!

He may look like he’s just walked out of 1984, but Michal’s sweeping power ballad is a joyous waver lighter that we can’t get enough!

Danish boyband Lighthouse X have offered up a rather pleasant Boyzone-esque ditty called Soldiers Of Love which has a great sing-a-long chorus that is still spinning around in our heads! Sadly they didn’t make it through to the final. But we still love it.

But it’s not just the boys whipping us in to a crazed Euro frenzy, the girls have a few corking tunes up their skirts too.

Slovenian ManuElla’s Blue and Red is a rather enjoyable pop stomper with a catchy Kelly Clarkson-chorus….

Meanwhile, Moldova’s Falling Stars by Lidia Isac has a naggingly familiar tune, but is 100% Eurovision fluff and we love it.

We loved last year’s Italian Eurovision entry – Grande Amore by the gorgeous popera band Il Volo. This year, the Italians have chosen Francesca Michielin and her sweeping ballad Nessun Grado Di Separazione to try to win over Europe and although not as impactful as last year, the song is quite captivating.

And then there’s the Austrian entry Loin d’Ici by Zoe, which for now is our favourite! It’s quirky, packed full of weird chords, a chorus with a thumping beat and a sweeping middle eight that had us reaching for the poppers!

This gorgeous song by Azerbaijan’s Samra – who is probably one of the Kardashian’s long lost relatives – is astonishingly amazing. Poppy and yet heartbreakingly fragile, it reminds of the country’s equally pleasing previous winner Running Scared.

Moodier but by no means less impressive is Germany’s Ghosts, by Jamie-Lee Kriewitz. Sassy and haunting, the chorus is a belter and is most definitely a contender.

A Rita Ora-lookalike called Rykka was representing Switzerland with an amazing tune called The Last Of Our Kind. It’s the kind of epic power ballad you’d get in Top Gun. Sadly she did;t make it through to the final. (We’re blaming that violet hairdo she sported at the semi-final!)

Wow, there are just so many good songs this year that we reckon we are in for a corker of show and we simply cannot wait until May.

But if you haven’t been able to get tickets for the shows in Stockholm, fear not, as this year the London Eurovision party once again takes place at the Cafe de Paris on April 17 and will feature many of the acts taking part. So far confirmed are Joe and Jake and Minus One from Cyprus. But more acts will be revealed soon….