First Dates’ Xanthi: ‘How I transformed my body and got healthy!’ 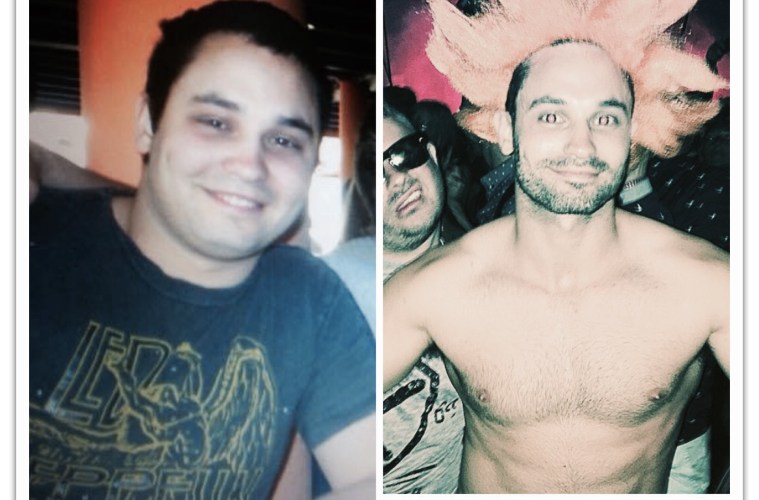 First Dates’ Xanthi reveals how he shed loads of weight and is happier and healthier than ever!

Last week the nation was giddy with excitement when they laid eyes on gorgeous gay couple Xanthi and Linford on First Dates. Sadly the eye-pleasing couple didn’t hit it off, but that didn’t stop you guys from bombarding them with date offers on social media

But luckily for thirsty viewers, Xanthi – who was dubbed by viewers reality TV’s sexiest star – returns to our screens this evening for a second try at romance with a doctor called Richard. Will the handsome fella get luckier this time round? Well, we’re just going to have to wait and see.

To mark his return, we caught up with the gorgeous chap to talk about something he mentioned on his first episode – his battle with weight! As you can see from our exclusive pictures, Xanthi wasn’t always the bombshell he is today. Here, the 30 year old hunk reveals how he managed to transform his body into one that he is happier with now.

READ XANTHI’S TOUCHING INTERVIEW ABOUT COMING OUT AND DATING HERE 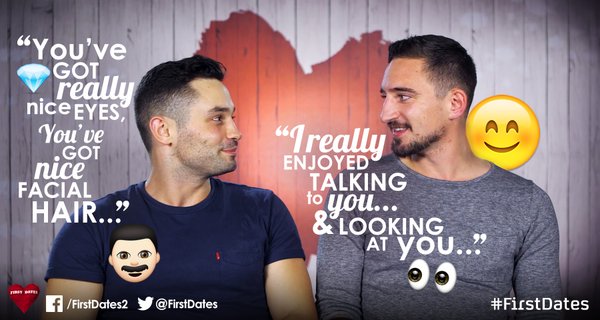 First up – what happened after the date with Dr Richard?

Nothing, sadly, we went for one drink and didn’t see each other again as I went on holiday and we lost contact.

Oh no, what a shame! You’re a very handsome guy, but were you ever insecure about your looks?

Absolutely! Constantly. I used to be really really fat when I was younger. In fact I was actually classed as clinically obese. But I wasn’t happy about it. I felt tired and I knew that if I kept gaining weight I would become very unhealthy. So I decided to do something about it before it was too late. So I started a diet and lost loads of weight and got really skinny, which is all I thought I wanted. But then I ended up a bit too skinny for my liking and decided I wanted to build a bit of muscle. Now I’m kind of happy with my body even though my body weight/fat/muscle constantly fluctuates becauseI love food too much and eat a LOT. 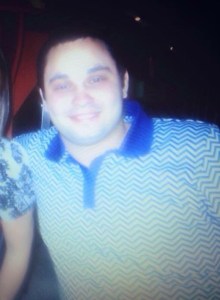 So what were you at your heaviest?

At my biggest I was about 15stone without an ounce of muscle. Now I’m a healthy 13stone (with muscle) at the moment.

So how did you set about losing the weight?

I initially did a diet called Lighter Life where I lost over three stone in eight weeks. It was 500 calories a day eating two horrid mushroom soups a day and drinking two strawberry shakes, plus six to eight litres of water. It’s a doctor recommended diet for people who have a BMI that classed the obese. It was bloody hard but the weight fell off so I stuck it out. I then lost about another half a stone on Shipwrecked. Did you exercise at the same time?

I didn’t start exercising until I moved to London. All I ever wanted was to be slim, after getting slim I wanted to build muscle. So I started getting into the gym a lot more after taking a year out to travel. So how often do you work out?

I tend to go to the gym around five times a week. I eat healthy most days but love food and love eating out, so often treat myself, which is perhaps why my body often fluctuates. I eat lot of protein now; turkey, chicken, lean beef, plus complex carbs like sweet potato and brown rice. I love sushi so tend to eat that a couple of times a week at least as my treat. I love a Body Attack class which helps with burning fat.

Are you still conscious about the way you look?
God yes, always.

Do you feel a pressure to look a certain way?
I do, but only from pressure I put on myself. 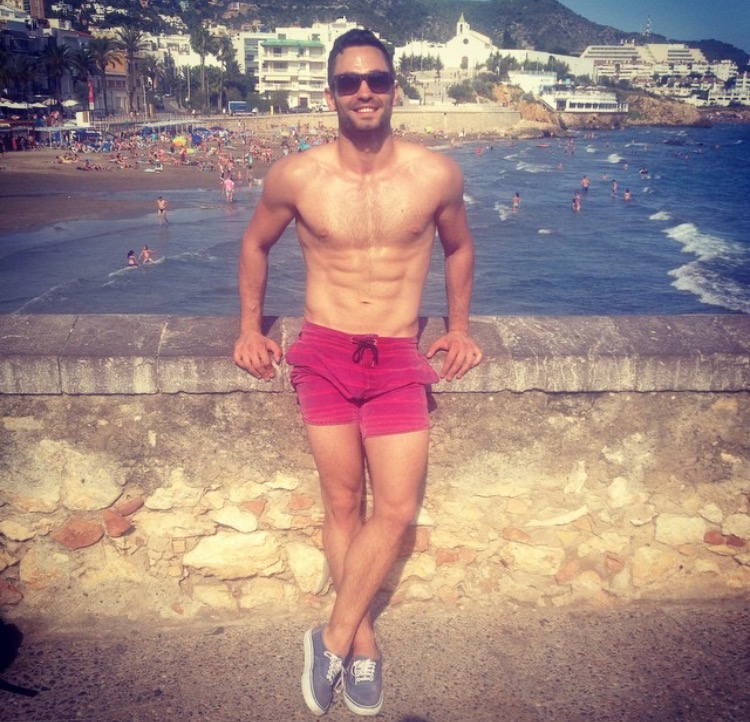 And the part you’re not happy with?
My chest and arms.

Really? What body part do you think other men like in you?
People often comment on my calves, for some reason they’ve always been pretty big. Er okay. How vain would you say you were?
I’d say quite vain.

Do you wax or shave chest?
I’m naturally hairy so trim my chest. I’d never shave it, I like some hair at least.

What do you find attractive in a man’s body?
Big arms, chest, legs and a gorgeous face.

Do you believe in types?
Yes, I do to a certain extent, but then no one ever sticks to them so I think it’s more of a preference than a type. 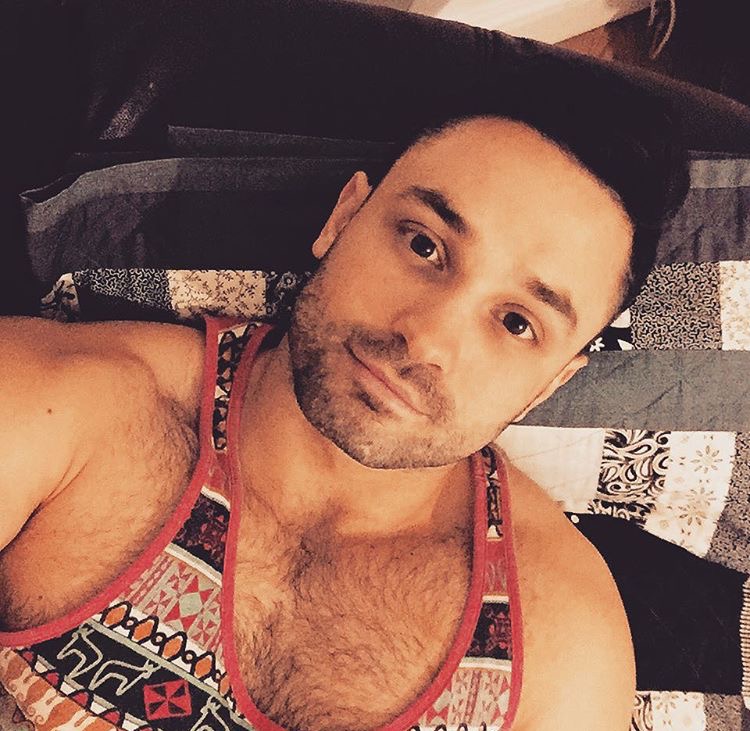 Do you feel a pressure as a gay man to fit a certain category.
Nah, I don’t think so. Not for me.

When it comes to undies, do you prefer boxers, briefs or nothing at all?
I like briefs, when guys have good legs then they look great in briefs. Saying that good legs look good in either.

What grooming product can u not live without
I only use moisturiser and hair wax, I’m pretty low maintenance in that sense.

See Xanthi on his second date on First Dates on 4OD.