FIRST DATES’ MARIO: ‘As a Catholic, I was taught being gay was wrong, so I suppressed my feelings for years’ 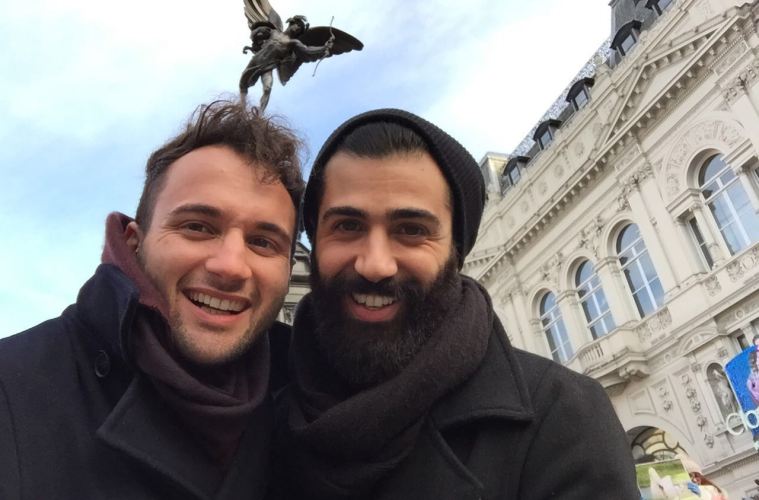 First Dates cutie Mario Picariello opens up about his dates with Paolo Delogu, and hard it was to grow up gay and catholic.

When Italian singleton Paolo Delogu strutted into the First Dates restaurant a couple of weeks ago, all we wanted was for him to find Mr Right, Sadly, the bright-eyed romantic met Daniel May, an opinionated  guy who not only didn’t share Paulo’s penchant for heels and but also had strong and very controversial views about camp men.

But one bad date wasn’t enough to put Paolo off dating for long and a week later he was back at the restaurant dining with gorgeous Italian graphic designer Mario Picariello. This time round, the date went swimmingly. And it was little wonder as Mario was by the smiliest chap we have seen in ages.

Shamelessly smitten by the fella ourselves, we hunted Mario down for a chinwag to find out if he and Paolo are still seeing each other and what life is really like for a young gay guy growing up in an Italian catholic household. 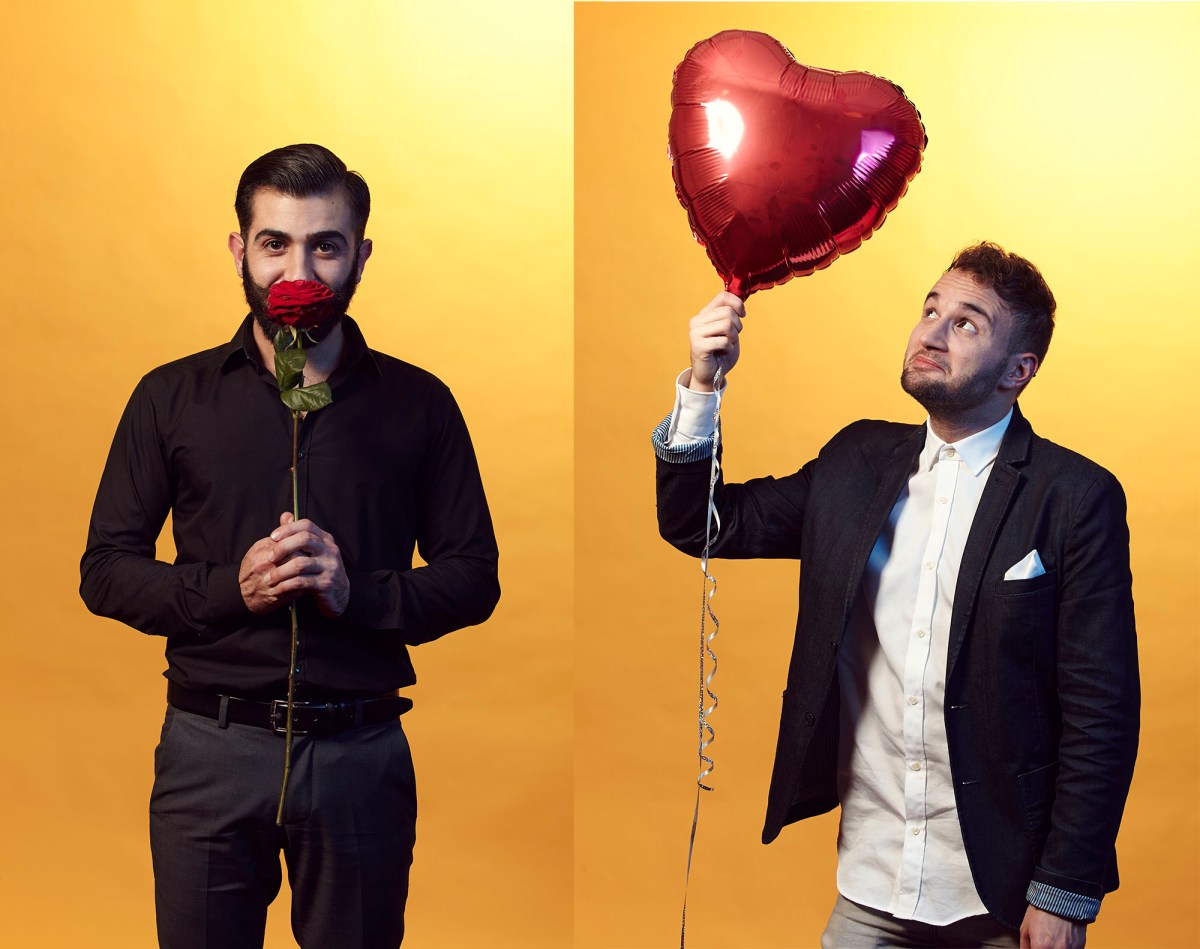 Mario we loved you on First Dates – what made you apply in the first place?

I normally apply for audience tickets for TV shows as its close to work and a good  night out, when I saw the application for first dates and thought why not! I’ve tried all sorts of dating from online to speed dating, so couldn’t hurt to try a blind date too. we saw each other afterwards but haven’t for a while, but we have been messaging.

What’s your dating history like? Are you the kind of guy to make the first move?

I’d say I’ve been on quite a few dates and most of them were lovely, but I must say it can be hard to tell whether it’s love or friendship sometimes. I normally blame it on my star sign as I’m a libra, I can struggle to be sure of what I want and what I’m feeling. I’d say I very rarely make the first move, unless it’s super obvious the other guy likes me.

Did you fancy Paolo from the outset?

How could I not fancy Paolo? He fit all the criteria I asked the First Dates team for and more (with his alto-ego). 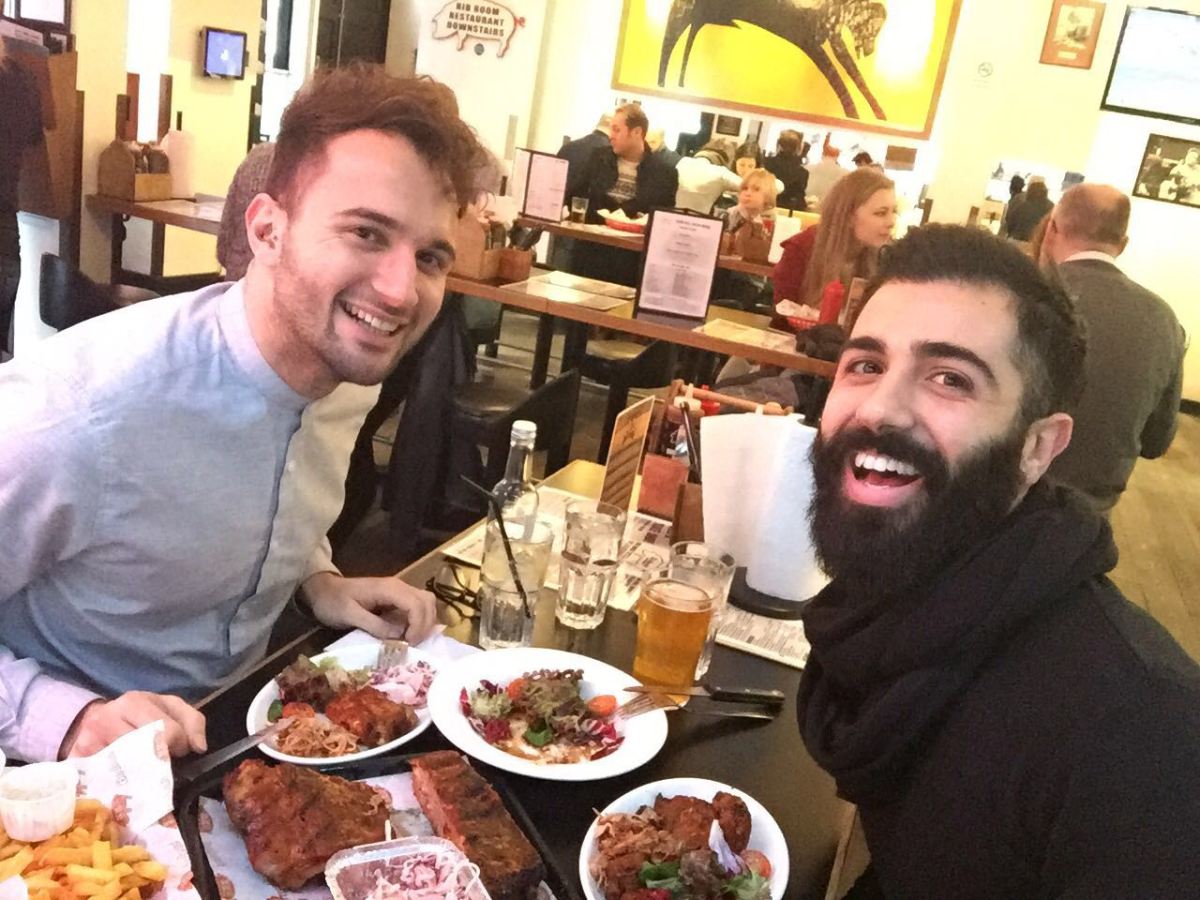 His previous date Daniel had found his penchant for heels unusual? Are you a much more free thinking guy?

I’m definitely an open minded thinker. When I come across someone or something unusual I like to question it to understand their point of view and where they’re coming from. This only broadens my mind and the way I think about life. Live it how you want, because it’s yours to live, no one else’s.

A lot has been said about the way gay guys identify these days. Some get offended if they are called camp and there’s all these terms like masc etc. Do you think it’s all a bit of nonsense? How do you identify yourself?

Haha! Yes, I do find all these labels confusing. Being a gay guy you’re already put into a bucket of people in society and then we put our selves into even more sub-buckets. I personally don’t give myself any of those labels because I just want to be me. If someone else wants to give me a label that’s fine, doesn’t mean I have to live by it. One day I might be feeling really ‘masc’ and the next camp as anything dancing round the kitchen. I’m label free here. Ha!

When were you first aware that you might be gay?

This is always a thought provoking question for me. I think I always knew, but only really started to really recognise and understand it when I started to develop into a teenager around the age of 13. My other friends were interested in girls and boobs and I just wasn’t that bothered.

You were brought in a Catholic Italian family… How hard was it to grow up as a gay teenager?

I must start by saying I have the most supportive and loving family I could ever ask for. That said, the Italian community is really close, everyone knows everyone and with being Catholic I was taught being gay was wrong, so I suppressed those feelings for years. Simply in fear of what others would think and the fact it was against my religion. So it was really hard, always doubting my thoughts and assuming these feelings and emotions would pass. They didn’t and finally when I was 16 I started to come to terms with the fact I was gay.

What were your family’s views of gay people?

If I’m honest the topic rarely came up in our house. There were probably one or two comments made when a gay celebrity came on the TV, but that’s it. We didn’t know of anyone that was openly gay, so were never exposed to that lifestyle. It was always frowned upon with our catholic opinions, but so are so many other lifestyles and life choices like sex before marriage and eating meat on a Friday.

You were an altar boy. Did being part of the church make it harder for you to deal your feelings?

I’d say yes and no. Yes because the Catholic religion has so many ‘rules’ if you like, to live by and a big one is to marry and have children, so I was often left feeling God’s plan for me was to do that. And no because with religion I spent a lot of time in prayer, asking God what was wrong with me? Was there something wrong? And what I should do? I now reflect on this as being great mind counselling, in a time I felt like I couldn’t speak to anyone else I used prayer to effectively talk through my feelings with myself and it really helped.

Was there anyone there going through he same things?

Looking back on it now, I think one of the other alter boys was also struggling with his sexuality, but as I was so worried about myself I never stopped to notice he may be going through the same thing. 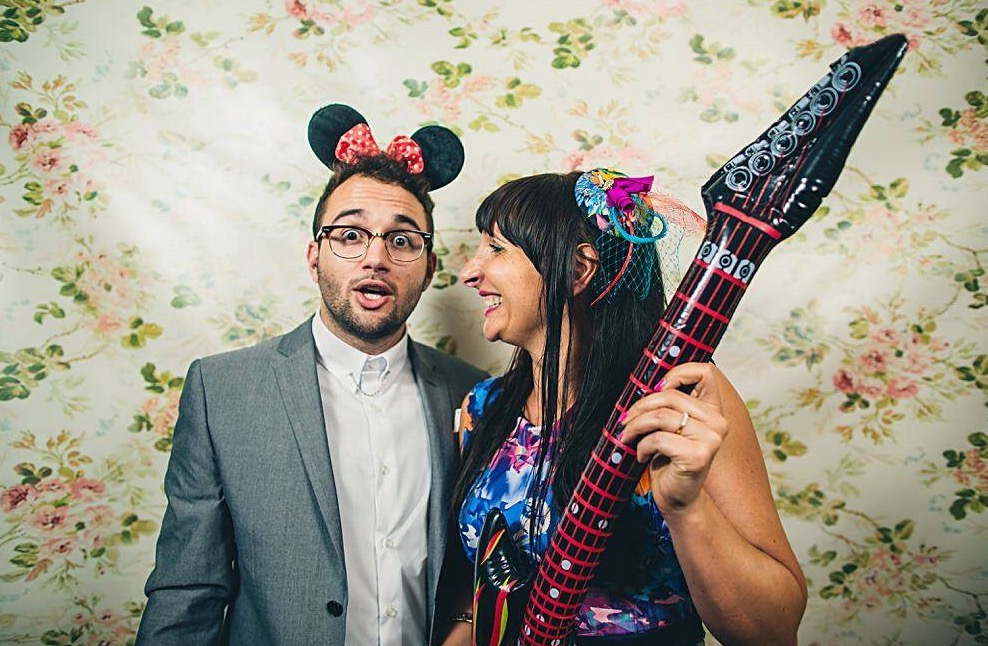 All this time were you able to do gay things?

I spent a lot of my teens figuring out if I was gay, so it was only from when I went to university in Plymouth (a four hour drive away from home) that I really started to explore my sexuality. It was there that I met guys on nights out, go on dates and even dabble in Grindr as dating apps had just started to become popular.

So when did you get to grips with a guy for the first time? Was it everything you’d expected?

I met my first boyfriend in my late teens. It felt so liberating to have all those feelings I had for all those years be confirmed by the fact I was with another guy and it felt amazing. It was much more than I expected, nothing can prepare you for that feeling.

Did you have to carry on leading a secret life?

Once I had overcome my own doubts and fears I confided in my closest friends at school at the age of 16 and that was such a massive thing for me. The fact that I was telling other people made it feel official, like I was putting myself out there and that came with a massive weight lifted off my shoulders. I honestly don’t know what I would have done without my strong supportive friendship group at that time, of which I’m still close friends with today.

A lot of people who hide their sexuality tend to suffer from forms of depression – did you?

I don’t think I did to be honest. I guess I was lucky. Needless to say it wasn’t an easy ride, but because of prayer and the amazing network of people I had around me, that’s all I needed to get through the tough times.

Who was the first person you came out to?

The first person I came out to was my best friend Emma, when I was around 15. We were on a trip down to the sea to visit her grandparents . It was one of those trips where you talk for hours and hours because it was along drive and then we sat on the beach and I just told her everything and she was so supportive. She helped me figure out what to do next. I owe her so much.

Awww. When did your tell your family…

I actually waited quite a long time to tell my family. I’d say I became properly comfortable as a gay man while I was away at uni, but because that was so far away from home it felt like a separate life. So when I moved back after I graduated and started work in London I wasn’t sure how they’d react and never really found the right time to talk about it. By the time I was 24, I had had enough of the secrets, so I got home from work on a Friday night and decided to tell them at dinner.

Blimey. What were their reactions?

Bless my mum and dad they were genuinely quite shocked, had lots of questions to ask, but at the same time were so supportive. They told me they loved me no matter what. It definitely took a long time for them to get used to the idea, but I blame myself for that as I did wait 24 years to tell them!

And now how is everything – are you enjoying the dating experience?

Everything now is great. I dabble in the dating scene every so often but my career and home life definitely takes priority until I meet the right person. Going on First Dates was such a great experience and I’ve had some lovely messages from old friends and complete strangers, which only gives me more hope and confidence for what the future may hold.

Is marriage important to you?

Marriage is important to me. I was so pleased when same-sex marriage was passed in this country as I felt it was a real moment in history that just has acceptance written all over it. I’d love to get married one day, but only to the right person of course!

So fella, what’s the dream?

The dream! Gosh! Well I’ve always liked the idea of living in a city by the sea, maybe relocating to somewhere like Australia, with a husband and a kid or two in tow. Taking trips to all the places i want to go and helping those you can along the way.

First Dates is on Channel 4 every Thursday at 10pm.

Read our controversial interview with Paulo’s other date Daniel May here.