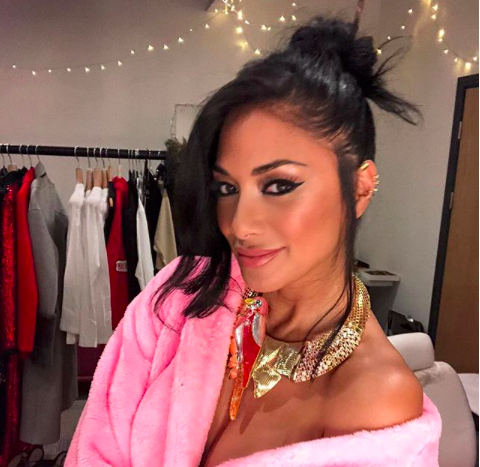 X Factor star Saara Aalto has revealed that she’s planning a summer wedding and wants Nicole to be her wedding singer.

Speaking to London culture and lifestyle mag You’re Welcome, she said that she has already been thinking about what she can wear on her big day. “We’re thinking of a having a summer wedding. I have already been wedding dress shopping and it was so much fun,” she said. “I love wedding dresses!!”

She added that she would like X Factor into Nicole Scherzinger to sing at her wedding.

“I would love her to sing on the day and of course Sharon Osbourne has to attend. I saw them both at the Pride of Britain Awards and we all had such a great catch up. Sharon gave me judging tips as I’m now a judge on The X Factor Finland. She said ‘Be you and be bold!’”

Saara also said that she plans to invite Simon Cowell even though she quit Sony after her time on the show in 2016.

“There was a whole drama that I had left Sony to go to Warner, but there is no bad blood between Simon and I at all – as I’m the X Factor Finland judge we still have a great relationship.”

Saara met her fiancee Meri after coming second on The Voice Finland. After sending her a fan letter, the pair met a year later and hit it off straight away. Now the couple are seen as role models in their home country. “We are the only lesbian couple in the public eye over in Finland,” she says. “We’ve been told that we are good role models. I am seen by the Finnish public as a good girl because I behave well. Some gays go on Big Brother over there and are drunk all the time and the public see them behaving bad.  We are seen as a normal couple. It’s not like we have one night stands. We are a normal loving couple.”

Saara is currently in the charts with Monster, one of three songs that could be Finland’s Eurovision entry. Read the full interview with Saara in the latest issue of You’re Welcome OUT NOW. The magazine is available at designated boxes near tube stations n central London. Or if you have trouble finding it, email David@Emblemgroup.co.uk