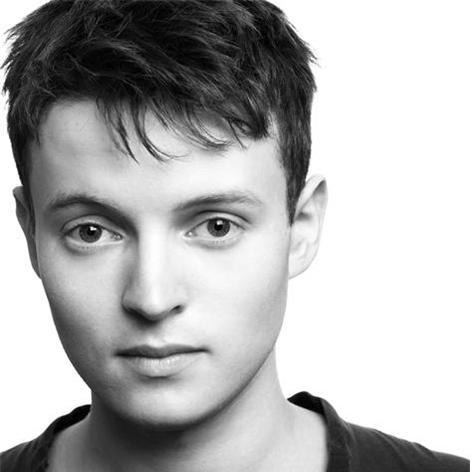 It was only a matter of time before someone came up with a gay twist on Romeo + Juliet. And here it is – Romeo and Jude, the torturous story of two male actors cast as the Shakespeare leads in a groundbreaking am dram production of the classic love story, who embark on a behind the scenes love affair. Game of Thrones’ Owen Teale is Ray, who is cast as Romeo, while cutie Matthew Tennyson is Jude, who is cast as Juliet. Lock Stock star Nick Moran plays Jude’s dad Charlie.

Confused? Yeah, us too! So we caught up with the very lovely Matthew Tennyson – a descendant of the great poet – to chat about this surprising reimagining of the often told tale that you can download and enjoy from the Amazon Audible. 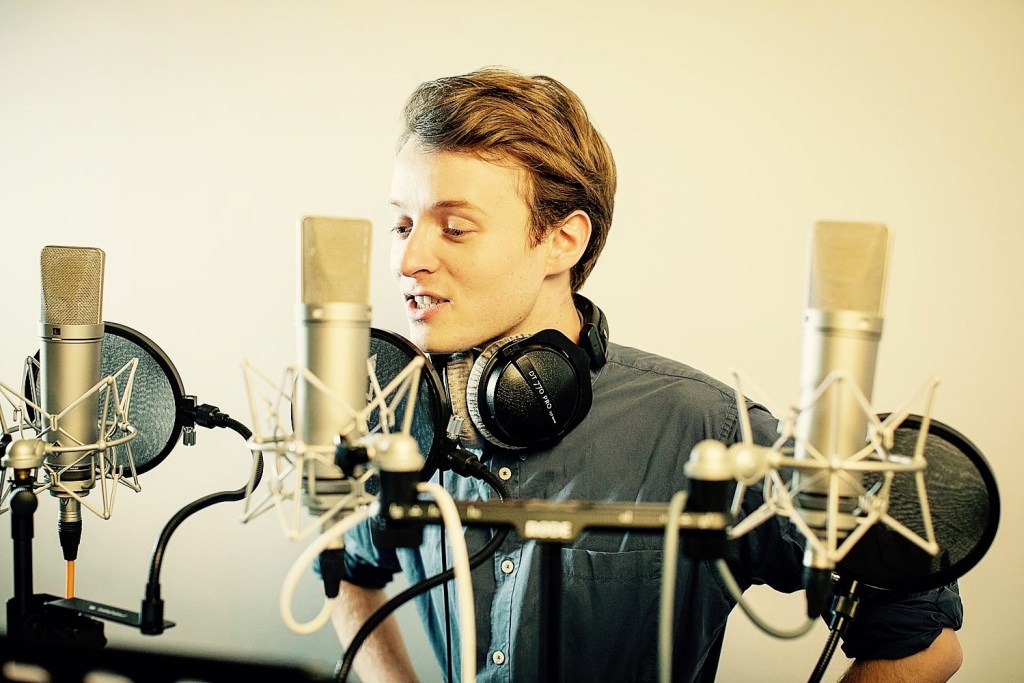 This version of Romeo and Juliet is pretty full on and very different to the classic!

It is pretty full on, yeah! It is it’s own thing – aside from the roots of Romeo and Juliet it takes on its own momentum and explores things that you maybe wouldn’t expect of something that has its roots in a conventional love story. It feels very modern, current and exciting and the issues it explores regarding Jude discovering himself and figuring out who he is and the issues and topics of gender and sexuality are explored in a way that feels really non-judgemental and unapologetic and complex. But that’s not to make it sound really earnest and intelligent, it’s actually very funny and human. So it was really cool to do.

Was that what attracted you to the role of Jude?

Can you describe your character?

Jude is 21 and he recently dropped out of university after having a relationship with his professor who was married to a woman and the woman was the Dean of the university so he got booted out. So he is feeling sorry for himself and licking his wounds at home and then ends up going to the local amateur drama group and is cast as Juliet in the production of Romeo and Juliet because none of the girls were up to scratch. Of course back in the day it would have been all boys which is something Shakespeare explores so I feel there’s homoerotic undertones in the text as well so it’s interesting to bring it out. Anyway, Jude connects with Ray, the guy who is playing Romeo and they fall in love. But of course, it doesn’t go down very well with his family or the community so they end up going on the run and they go on this tour around Britain and lots of exciting things happen. And as it goes on they discover more about themselves and their relationship and then more stuff happens! 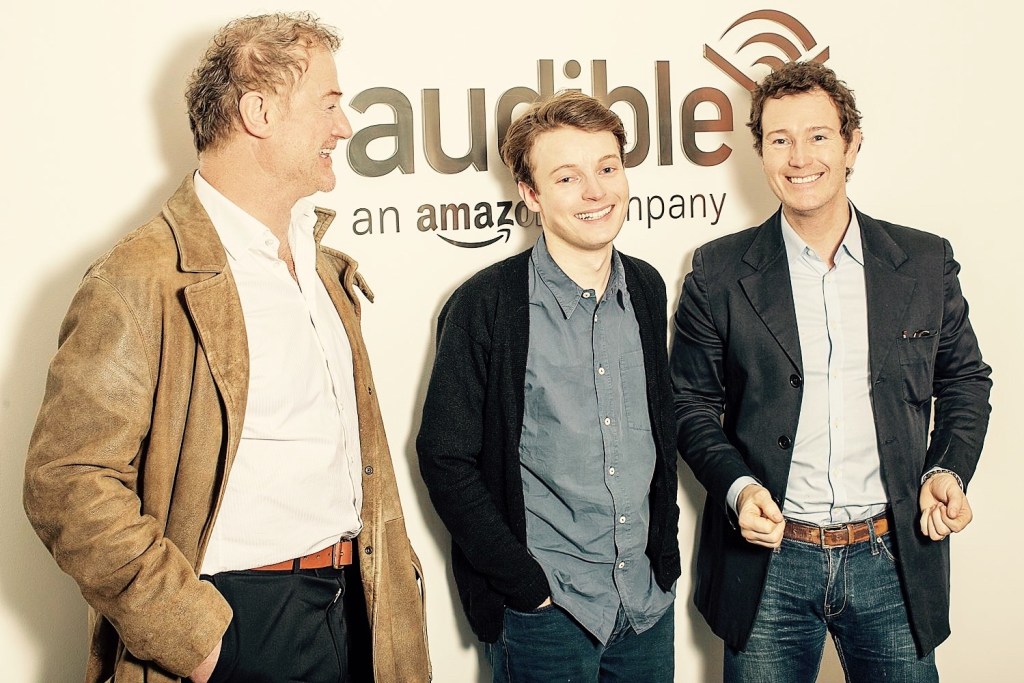 Blimey, we’re breathless just listening to you! The Baz Luhrmann adaptation really rocked up the old story, but this is taking it another level…

Do you think it’s about time there was a gay adaptation of R&J?

Yes I’m surprised there’s not been one before. I think it is time definitely. It’s so raw and real but also really funny and sexy. There are some quite raunchy moments in it and I feel like it covers the full gamut of those. I hope people listening will listen because they enjoy it as well as being inspired and moved by it and empathising with it and opening their minds.

The issues of transgender is very current too…

Yes and I really like the way the writer Marty talks about it because it doesn’t feels like a buzzword or anything. It feels like it comes very naturally and is being explored in a very human and relatable way.  Our story is interesting  because it’s not that Jude wants to become a girl, it’s allowed to be more complex and nuanced that that. It never feels that contained or judged and the kind of beautiful thing about the guys’ relationship is that they both allow each other to be that complex and never judge. It feels quite rare in that sense in that it doesn’t have to fit under a buzzword or be too defined. I really appreciate that because it’s so rare that you get to explore grey areas, you feel like you kind of have to be in extremes or saying something with it. 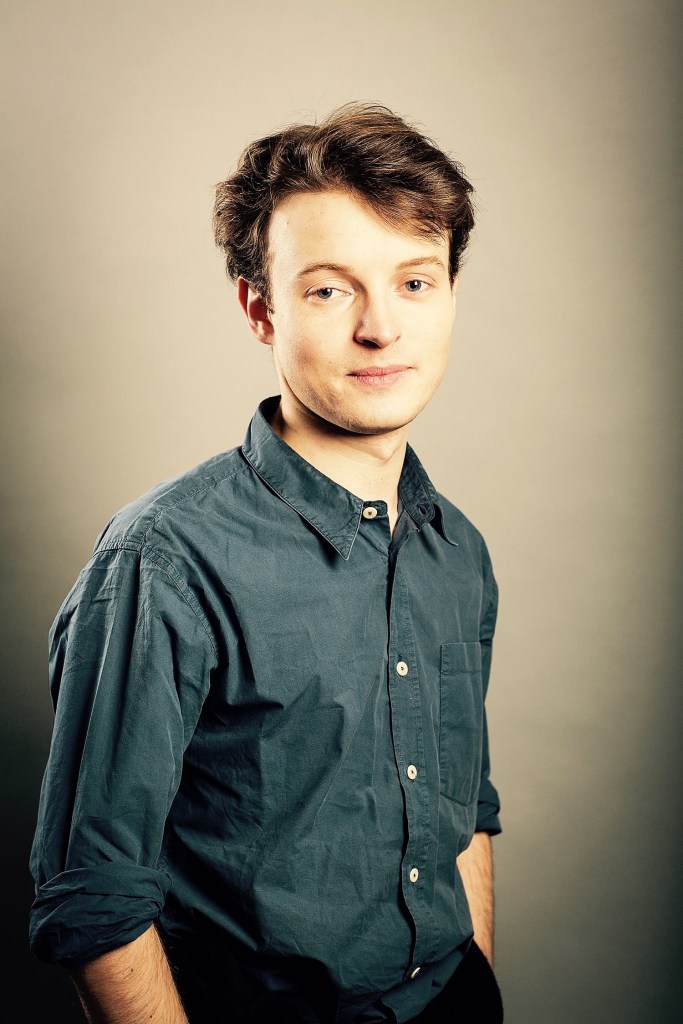 I’ve done a bit. I did a production of Midsummer Night’s Dream at the Globe a few years ago and I filmed a different production of it for the BBC last year which has a really exciting cast, which was really cool, and I was playing a different role for it than the last time. That was really fun. I play Lysander who is one of the lovers and I played Puck the first time. It’s coming out on Shakespeare’s death day so I feel like I have his anniversary covered!

Yes, that was amazing. Nonso Anozie was playing Oberon too and he’s a giant mountain of a man – his arm is the size of my waist! Richard Wilson and Bernard Cribbins and Elaine Paige, it was bonkers.

Were you star struck any of them?

Yes I was! The best thing about it was hanging out with Elaine Paige because we got to spend quite a long period of time doing dance rehearsals as there’s a big dance at the end and she was really fun and naughty. Her giggle is brilliant so it was so good to hear that! They were all great and Maxine and Matt were so nice to work with. It really was a pinch yourself moment. It was so lovely as well because it’s a play adapted for the stage there were very long scenes so there was a lot of time to stand around watching all these amazing actors do their thing.

You must have learnt so much?

Yes absolutely. There are very different styles – Maxine has a lot of Shakespeare experience and just watching her work and like Matt Lucas was so funny and comfortable in front of the camera so it was very interesting to watch. There was a lot of laughing, he is so funny. I can’t wait to see it all put together. We spent five days recording this scene that’s at the end where Matt Lucas’s character and a few of the others put on a play which my character and a few others had to sit and watch. So we spent five days having to laugh at that and by day three it was rictus grins and fake laughs! We were slightly hysterical by the end of it!

You were in Pride too weren’t you…

Yes, that was fun and a really lovely film, I really loved the spirit of it and feel very proud of have been a part of it. It is nice to do things which you think might be helping people or influencing people or changing people’s minds about stuff.

Is it true you’re related to Tennyson?

It must be there somewhere!

Maybe! Maybe one day it will flow out of me. I have lots of his books – a lot of them are in Lincoln, which is where he was born and where he lived, but my parents have some stuff.

He was very influenced by Shakespeare…

Yes, he was, he had lots of his poems. It’s nice I’m doing these plays. And my granddad used to be quite big on radio dramas so that’s nice too. He introduced me to the theatre as he used to take me a lot when I was little and he got me excited about all of this world.

You sound like you’re pretty busy. What else do you have coming up this year?

I’m doing a play at the National, which is very exciting. I’ve not done anything there before so it feels like a real milestone and a box to be ticked. I really like doing the mix; it’s my favourite thing about it. I like to push myself and mainly just do stuff that I believe in and excites me so I’m looking forward to that.

Any other else you fancy trying your hand at?

There are loads of people I’d like to work with, mainly theatre people who I grew up going to see with my granddad. It was really exciting doing some camerawork though with the BBC because I’ve done so much theatre, so it’s exciting to be going in that direction and doing more of that.

Download as part of the free trial at www.audible.co.uk/jude