EXCLUSIVE: Keegan Hirst on hiding in the closet, coming out and what he looks for in a man! 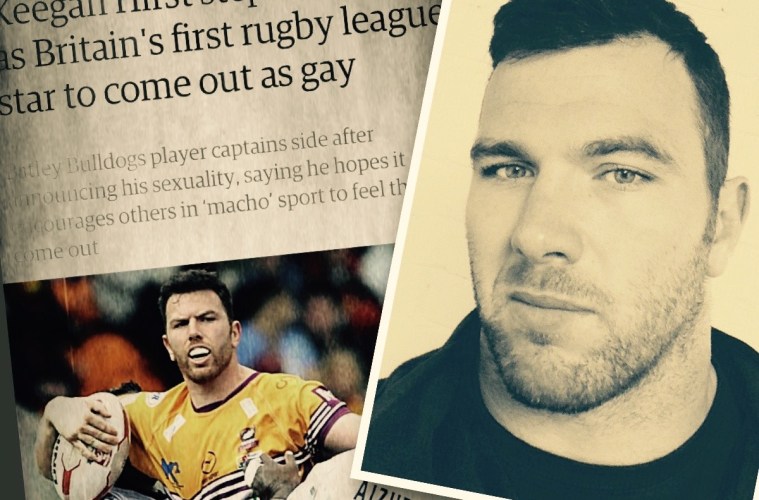 When rugby league player Keegan Hirst came out as gay back in August, little did he know the impact his announcement would have on thousands of young gay guys the world over.

For them, he became an instant beacon of hope, a welcome example of a young gay man who didn’t fit the obvious stereotype. He was a tough, masculine guy who was immersed in a world where being gay wasn’t exactly common place. Well, at least, not in the open.

But to Keegan, coming out was something he simply had to do. He wasn’t trying to change the world. He was trying to make his own world better. For years he had battled his sexuality, fighting feelings that he felt weren’t right. And so, he dated girls, he got married, he even had kids, believing that that was the life he was meant to lead.

But deep down he knew he was lying to himself. He loved his wife and kids with all his heart, but unable to fight his feelings anymore, Keegan had to finally come to terms with the fact that he was gay. And so he came out, to universal praise.

Here, speaking exclusively to GuysLikeU, Keegan looks back at the last twelve months, takes us through his difficult journey of discovery and how his life has changed.

Keegan, it’s been a bit of a whirlwind year – you must feel like a new person.
Not really! I mean, I feel happy in myself and I’m happy with how everything has been but I’m still the same guy I was twelve months ago. Although my situation has changed a little bit…

Your coming out was very public and very brave. Why did you do it that way?
I’d already come out to friends and family and everyone in the Rugby League world knew, too, so I figured, ‘Why not?’. Maybe it can help someone in a similar situation to me. 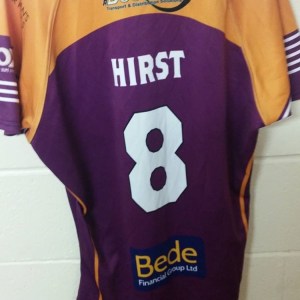 And it did. Take us back to when you were you were in your teens. What kind of guy were you?
I was pretty confident. I always did pretty well at school but I was always the class clown. Bizarrely, I was never any good at sport, though! I didn’t even pick it as an option. I wasn’t any good at rugby until I was about 15.

When was the first time you you started to fancy guys?
I couldn’t tell you, really. I suppose it was a bit of a constant struggle in my head as to whether what I was feeling was attraction or admiration. I suppose all along it was attraction and I just didn’t want to admit it to myself.

How did you deal with those feelings?
Well, I tried to keep them at bay. Admitting to them would make them real, wouldn’t it? So, yeah, I suppose I rejected them.

When was your first sexual experience? How did you feel afterwards?
I suppose I did a little ‘experimenting’ in my early teens. But I was around 20, or 21, when I had my first proper experience. I didn’t feel guilty, because I was single at the time, but I didn’t like how I felt either. The word ‘shame’ might be a bit strong in my case, but all I know is that I didn’t like how I was feeling. You were dating girls at the same time, were you able to have a proper sexual relationships with girls?
Yeah, I was into girls. Maybe I had pre-programmed myself to like girls.

Did you ever confide in anyone about your thoughts?
I never told anyone. How could I admit something to someone else when I couldn’t admit it to myself? Saying the words out loud would make it real and there was no way I was willing to do that.

Did you think there was something wrong with you or that it was a phase?
I thought maybe it was a phase or maybe I was just a little ‘fruity’. Haha!

By stifling your feelings did you lash out at friends, did you get angry? Did burying your feelings bring out a different side to you?
No, I don’t think so. People say that they think I seem happier in myself now but I guess that was the norm for me then so I just got on with it.

Did you have any gay mates when you were growing up? Was being gay something that was acceptable at school or in your mates circle?
No, I didn’t have any gay mates. I didn’t really know anybody who was gay. In school, it never really came up. There were the usual whispers about whether certain people were gay but nothing homophobic, as I remember. I suppose the same was true for my friends. We didn’t know anyone who was gay so it never got brought up in conversation. 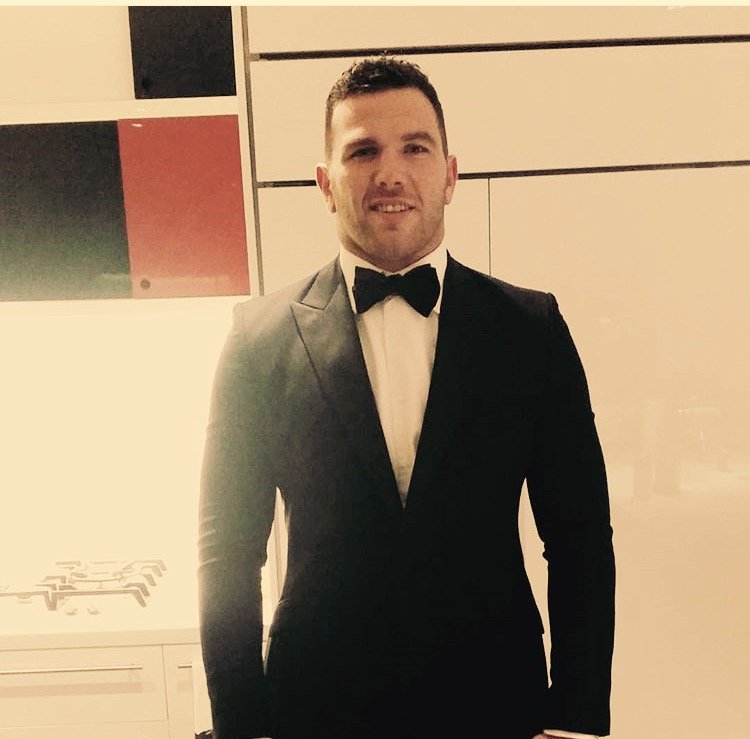 Keegan all suited and booted for the Attitude Awards back in October.

You said you used to go to gay bars with your mates. Was that frustrating that you couldn’t act on your impulses?
I think the term is ‘gay friendly’ bars…. And, no, it wasn’t frustrating. I was there with friends to have a laugh, not to pull. I suppose my eye might have wandered but I never found it frustrating.

Can you remember the first time you met a guy and kissed him? What happened? were you nervous? how did the kiss feel?
It would have been when I was 20 or 21. I was in a bar and a guy just kissed me out of the blue, then walked off. I suppose I was in shock more than anything else. I guess, looking back now, the guy had some balls because I would never have dared to do that.

When you were with your girlfriends and later wife were you always loyal? Did you put gay thoughts out of your head?
I never cheated on anyone I was with. The stuff going on in my head just got pushed to one side, I guess.

When you came out come out, who was the hardest person to tell?
The hardest person I had to tell was my wife, because I knew how much it would hurt her. Telling my team mates was difficult because I’d built it up in my head that it would change everything. But actually, as soon as I actually said the words, I knew there had never been anything for me to worry about.

Your coming out was met with a lot of excitement – that must have made you feel over the moon after all these years of hiding.
I was just happy that I’d got it off my chest and I could move forward and I didn’t have to hide anything anymore. I suppose if it had gone unnoticed I would have been happy too.

You had a lot of celebrity support from he like so Antony Cotton and Ian McKellan, that must have been surreal.
It’s been a bit mad, to be honest. Antony has been an absolute star. He’s helped me out no end and I honestly can’t thank him enough. The first time I met Ian we had dinner and I drove him and Antony home. It was all a bit surreal but Ian is a very down to earth, thoughtful man and he’s been fantastic too.

Do you understand how influential your coming out has been to young gay guys?
When the story first came out, I honestly didn’t realise the attention or the impact it would have. But I got lots of messages from people saying they could relate to my story, or that it helped them, or that it would have helped them if it had happened when they were younger. All the reaction has been positive apart from one guy, who wrote a letter. Steve, from Wigan. His spelling was atrocious!

We’ve had a few rugby players come out now. When do you think we’ll get footballers coming out?
When they’re ready to. I don’t think its fair to try and force it. A person, whoever they are, can only come out when they want to. They’ll feel the same as anybody else does before they come out. But if a regular guy has 100 people to come out to, to be possibly rejected by, footballers have 50,000 people who they feel may reject them. I think only when they’re totally comfortable with their situation will you get a footballer who publicly comes out.

With the likes of boxer Tyson Fury making homophobic comments must make it harder.

It’s sad in this day and age that people do have these view points but what Tyson has said highlights that there’s still a way to go with changing attitudes towards homophobia and sexism.

Well, thank God we have people like you and Tom Daley. Who was your celeb crush?
I guess when I was a bit younger I thought Taylor Lautner was a good looking guy.

Are you looking for the one or are you going to play the field for a while?
I’ve just come out of a long-term relationship but I suppose I’ll just see how things go.

Would you like to marry again one day? Do you want that family set up again?
I guess never say never but I’ve got my kids now who keep me pretty occupied. They’re only young and I’d like to concentrate on being a good Dad to them.

Do your children know yet?
My daughter does. She’s seven, so it’s not a huge talking point, but she’s aware. It doesn’t really affect the kids, so I don’t need to bang on about it to them. But yes, they’re aware. My son is too young to understand so I guess he’ll just grow up and not know any different.

What’s next? What’s coming up?
I’m in pre-season at the minute, so we’re doing a lot of training getting ready for the new season which starts at the beginning of February. People should try get up and watch and a game! Other than that life goes on as normal.