FIRST DATES’ XANTHI: ‘I worried about coming out in case I lost my loved ones!’ 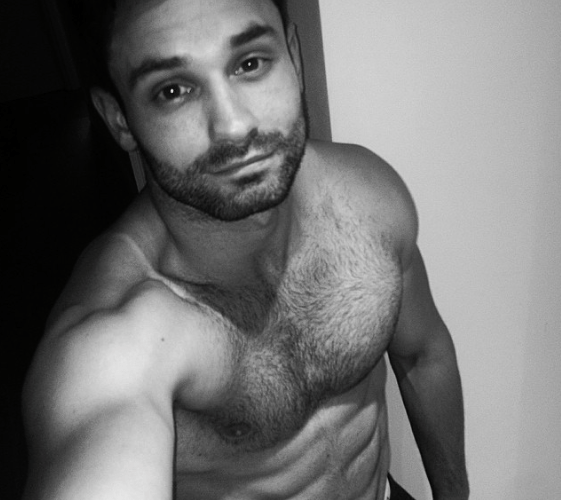 When ruggedly handsome Xanthi Toupoyannis walked into the First Dates restaurant, you could hear the sharp intake of breath around the UK as viewers swooned and passed out. And no sooner had he started chit-chatting with gorgeous part time model and hotel manager Linford Martin, it was clear, the UK had found its new TV crush!

Not only was he drop dead gorgeous, he was super sweet and – as we saw at the end – he was mature enough to work out that even though Linford was a fittie, they weren’t ‘in the right place’ to date. Which is pretty grown up for a guy, right?

Here, we chat to the dashingly dishy 30 year old Media Business Director to find out what he really thought about the date and more importantly where YOU can hunt him down to try your luck with him! 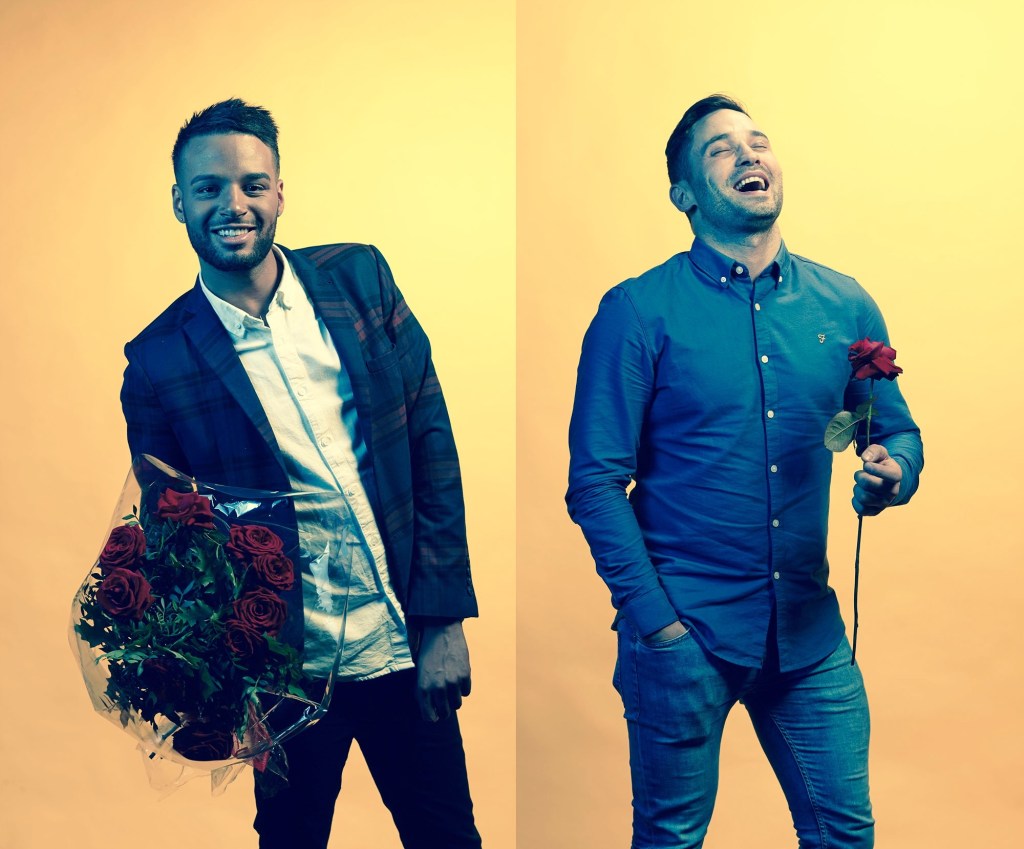 We loved watching you on the show. What kind of guy were you expecting to meet?

I didn’t really have any expectations. Although I’m very picky when it comes to dating so I would have been surprised had they found me a good match.

What type of date are are you? Flirty? Or do you let the other guy make all the moves?

I’m definitely not a shy date, I’m very much an extrovert who hates silences, so I tend to talk a lot. In most cases they will know if I like them. 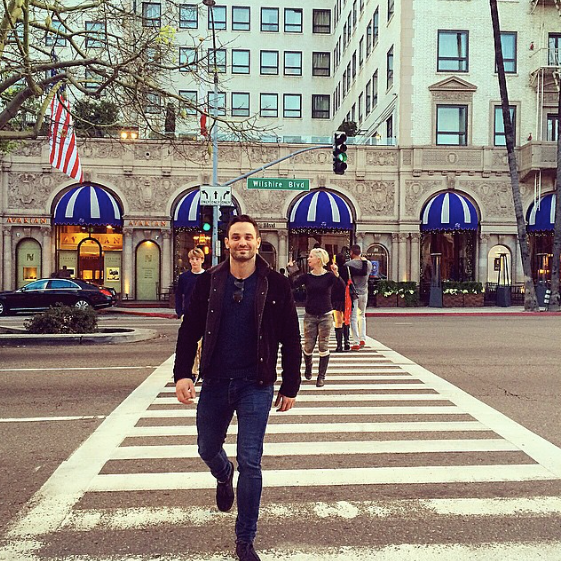 What kind of guys do you go for?

I like someone who is passionate, outgoing, confident but not arrogant and ambitious, someone I can throw into a group of friends and they’ll make an effort to get to know people. Aesthetically I like someone who works out, looks after their body, good arms, a good chest. But most of all I need a great face – obviously quite a long list.

Were there any awkward moments on the date?

Not for me, I’ll always fill the silences.

We bet! When did you realise that Linford wasn’t Mr Right?

He’s not the look I go for so pretty much immediately, as we got to know each other better I realised we were very different. 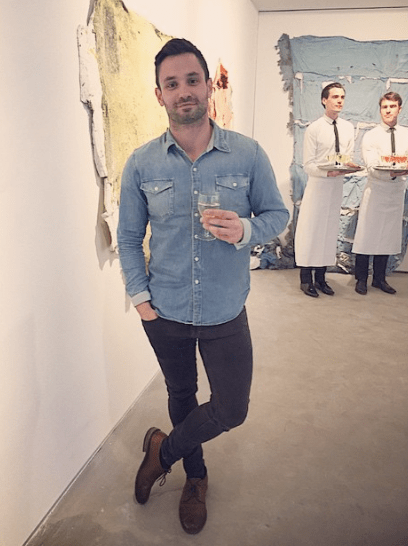 How come you got a second date?

The words from producers were that ‘they really liked me and felt they’d done me a disservice in my first date’ – as they didn’t pair us well.

Nah not really, I’ve either met the before or tend to chat to people a lot before going on a date with them so you’ve already established some sort of relationship.

I was born in Greece and lived there until I was six, I knew before moving to the UK so will have been around four or five.

I came out to my friends when I was 21, my family when I was 23. I had girlfriends in school and up to being about 18, whenever it got to the point in the relationship where we would be having sex, I’d end it. 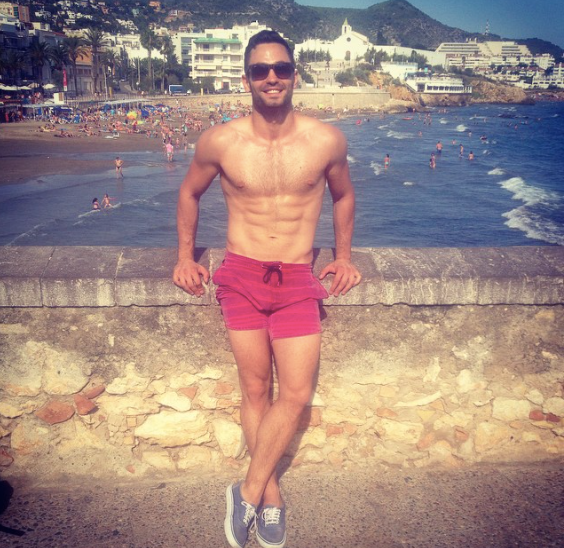 Was being gay something you worried about?

I definitely went through a period where I would have changed being gay without shadow of doubt. I think most people do to an extent, but I grew out of it and wouldn’t change who I am for the world.

There were very few gay people in the public eye when I was at school and growing up. I’d watch Queer as Folk and just think that I need to be in a place where there are other gay people.

Close friends and family mainly because I thought to myself that if anyone has a problem with who I am, then they will no longer be a part of my life, so the scariest thing was worrying that the people I loved could potentially not be there tomorrow once I’d told them.

So who was the first person you told?

Girl friends from work when I was about 19. It took me a while after that to fully come out to friends and family.

They were amazing! There were these sisters I worked with in a bank who introduced to some of their other gay friends.

How the other guys treat you at school?

I’m naturally quite masculine, or I was definitely a lot more so at school. Luckily I was quite popular and had an amazing group of friends, so me being gay was never really a question while at school.

I moved to London when I was 23, off the back of doing another Channel 4 show Shipwrecked. It introduced me to a lot of people I’d have never come across in my life up North, so it was a good opportunity to move. We’d often go out in Soho and I loved it.

Do you immerse yourself in the gay scene or are you bored of it now?

I like the gay scene and often go out in Clapham which is where I live. I love the atmosphere of Soho and the remaining few gay bars are great, but I really enjoy going to nice restaurants and cocktails bar in Soho more so than anything else. I love a good Margarita.

Do you find the scene very superficial?

To an extent, but it’s dependent on where you are. There are places that attract different crowds and some places can be very superficial, but others aren’t. Most people in the Two Brewers in Clapham are swinging from the chandeliers drunk and no one bats an eye lid.

Yeah of course, there will always be people that want to go out and meeting people face to face is the best was in my eyes.

Do you actually find many guys in straight bars?

Not really, I don’t think I’ve ever met a gay guy that I’ve then gone on a date with in a straight pub or bar. It’s not really on my radar.

Why? Are you too fussy?

No, but I’ve gone through sad and difficult break ups.

Not fallen, as it wouldn’t get to that if I wasn’t getting back what I wanted from the beginning. But I’ve definitely liked guys that didn’t like me back. But you have to expect that, if you put yourself out there then people will either like you or they won’t.

How do you normally meet guys – apps or through friends?

Usually on nights out, at the gym or through mutual friends. I’ve dated a couple of guys from Tinder.

See Xanthi return to the First Dates restaurant on April 12.

NEXT WEEK: Find out MORE about Xanthi and his sexy body.