GEORDIE SHORE’S NATHAN HENRY: ‘Even though I’m in a relationship, I regularly get full STD check ups’ 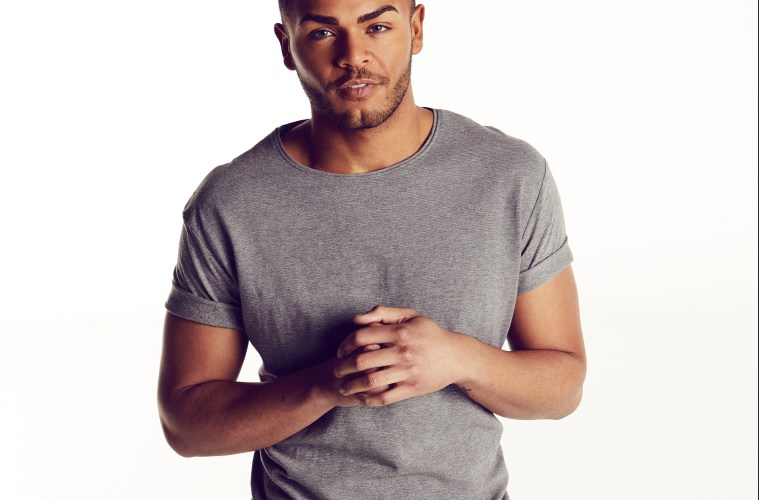 Geordie Shore star Nathan Henry opens up about coming out, losing his virginity and which of his cast mates he fancies.

Of all the reality shows clogging up our TV screens at the mo, it’s Geordie Shore that tickles us most. Why? Because it’s right dirty, ear-shatteringly noisy, and the guys and gals are some of the funniest, canniest people on the box. But although we love ’em all equally (they all have their own unique quirks), it’s scrummy Nathan Henry, who’s our fave.

Not only is he funny, handsome and rocks some great stubble, he’s also a fully fledged gayer! Yay! Sadly, the handsome fella also happens to be a gay with a boyf! Boo! So, dammit, we can look, but we bloody well can’t touch! Ah well, we still love him anyway (even more so when we clocked his saucy Kim K homage – see below).

Here, in his most honest interview yet, Nathan opens up about coming out, his initial fear of gay sex and which of the Geordie boys he reckons are Geordie Phwooars!

So Nathan, when did you realise you had feelings for guys?

I think when I was about 14-15 years old, but the feelings didn’t all come rushing at once. I knew there was an attraction there, but I wanted to be like all my friends and have girlfriends, not boyfriends. When I got to 16-17 that all changed and I couldn’t wait to try things and experiment.

You started out on the show saying you were bisexual – did you really find girls attractive?

Looking back on it now, I think identifying as bisexual was something I did because I didn’t know any better. I had no gay friends at the time and I didn’t understand my feelings and emotions towards men. I wanted to like women. Don’t get me wrong – I still find women very very attractive, not sexually, but attractive. I think the female body is a beautiful thing.

How did you come out to family and friends – were you nervous, or was it easy?

When I came out to my mum, I was drunk. I told her I wasn’t sure if I liked girls, I fancy boys, she asked me questions like “Have you ever done anything with a boy?” Cheekily, I replied yes. The conversation went on and I cried a little. My mum summed it up with “What do you want a medal? Go to bed.” She wasn’t fazed at all, which deep down I knew she wouldn’t be because she has a lot of gay mates.

That was a different story. I told a friend in confidence that I was gay, and not to say anything. There was this girl in college that was obsessed with me, I used to kiss her but nothing more. One night, she was drunk screaming about how she liked me and pouring her heart out to the friend I told I was gay to. That friend f*cked up by suggesting maybe I’m not into girls, so the girl who was in love with me came over and asked, “Are you gay? Is that why you don’t fancy me?” Being drunk again – I was caught off guard, didn’t react or have time to think so I just said “yeah I am”. But everyone accepted me and was brilliant about the whole thing. To be honest, I thank my friend for this because had it not occurred I don’t know how long or when I would have found the perfect occasion to go through with it.

Before you accepted your sexuality did you stifle the feelings?

I never got down about it or upset, I was more anxious and confused. Anxious about who do I tell and when do I tell them, and confused because I knew people in the world were gay but I didn’t know how they became it, or did you have to choose and would my life be different dramatically to what it was back then.

Who were your gay roles models?

I didn’t have any gay role models because I couldn’t identify with anyone at the time. Growing up, the only gay men I knew of were Elton John, Graham Norton and then towards my late teens, Brian, from Big Brother. I didn’t know of any young gay men, let alone any black young or old gay men.

Who was your first crush / celeb crush?

Oh gosh, I don’t know who my first celebrity crushes were…I fancied a lot of people back then like Michael Owen, Ricky Martin. I remember I liked the look of Aaron Carter and Adam Rickett when I was younger. I also thought Peter Andre was the most amazing thing to grace the Earth.

When was the first time you kissed a guy – what did it feel like?

The first time I kissed a guy properly was when I was about 16; he was a close friend at the time and it just came about randomly, he didn’t feel anything. I remember I got a stiffy and wanted more.

Were you worried about gay sex?

Oh my god, yes I was! I hadn’t even had sex with a girl so sex itself scared the sh*t out of me. I didn’t know how you put it in properly, whether it had to be at a certain degree or to lube it up, I didn’t even know if the condom itself carried enough lube on it alone.

Have you always been safe and careful?

The first few times I ever had sex and when I was experimenting, I used a condom every time. I was very cautious about what I was doing. If I’m honest I had a degree of OCD when it came to sex. Germs scare me, let alone sperm or anything else! /

What kind of sex education did your school provide?

Are you cautious about STDs?

I’m very cautious about STDs. Even though I’m in a relationship and I trust and love him, I regularly get full check ups as a routine. It’s important to look after your health as no one else will.

Yes, I’ve had my heart broken before. I thought for months on end I would never get over it or fall in love again. I was a mess but like all people who are young and stupidly in love, I got over it and fell in love harder and met someone ten times better. Life goes on and your heart will mend.

Finally, which of your castmates would you love to see be gay for a day – and which of them would you fancy most!

If I could pick any of the boys to go gay for a day it would be Aaron, he’s lovely and he’s fun to be around. Plus he’s hot. I could never see Gary being gay for a day and if he was, his penis would scare me as it’s massive. Marty is too immature and couldn’t handle me, it would just be wrong. And Scott, I would end up killing him, he’s so hyper and heavy footed I couldn’t imagine him being cute and cuddly – plus he snores like a bear

To watch Nathan in action, tune into Geordie Shore every Tuesday night at 10PM, only on MTV! #GeordieShore