Which drag superstar is this? 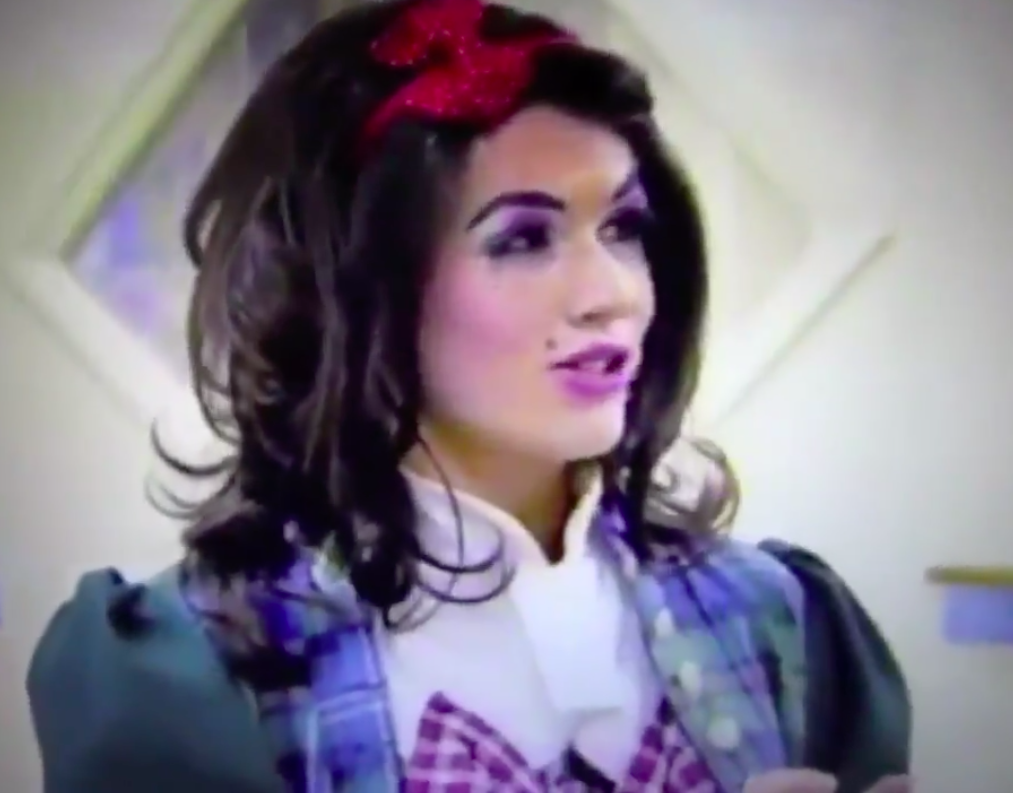 Where do drag queens come from? Do they grow on trees? Do they go to drag school or do flamboyant fellas wake up of a morning with a faceful of slap? Who knows, but the spectacular Mary Mac – yes folks, that queen above is in fact the Irn Bru-swigging drag genius – has given us an insight as to how some queens are discovered!

Really emotional beautiful fun show tonight during our Lockdown Live from Lanzarote! Again a massive thanks to everyone who watches week in week out, hope its bringing as much joy and escapism to you as it is to me! Felt gorgeous tonight thanks to hair and outfit by @brett_watkiss #lockdown #stayhome #drag #tartan #quarantinequeen

In a social media post on Twitter today, Mary uploaded a clip from cult telly show Louie Spence’s Showbusiness in which a much younger version of herself – dressed like a young Supergran – is seen auditioning for a panel of judges that includes such illustrious talent spotters as Leslie Joseph (from Birds of A Feather) and the odious Mr Showbiz!

In the post she wrote: ‘Morning Campers! I’ve been trawling through the archives and thought I’d bring a #throwbackthursday from the very beginning of it all! The incredible Queen on the panel is Bette Rinse who brought me into the gay cabaret scene & I’ll be forever grateful! #FromTheArchives #babydrag.’

Morning Campers! I've been trawling through the archives and thought I'd bring a #throwbackthursday from the very beginning of it all! The incredible Queen on the panel is Bette Rinse who brought me into the gay cabaret scene & I'll be forever grateful! #FromTheArchives #babydrag

The show aired back in 2011 as Mary was starting out. Of course, over the past decade the fabulous Scottish superstar has gone on to become a drag legend in her own right, appearing regularly at some of the UK’s best loved gay venues, as well as treating holiday revellers to fun nights at Bar Soho in Lanzarote that she and her husband Brett owns.