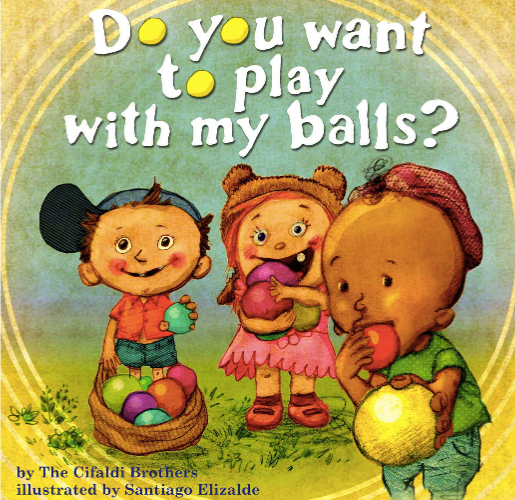 Do you want to play with my balls? We NEED this book! Now!

Remember the days when you were a kid and you loved those big picture books that told really lame stories but because you were so young and you liked colours you just rolled with it?

Well, imagine you were four and you heard a story called Do You Want To Play With My Balls? What would you think about that?

Probably nothing, as we it’s only in later life that we get dirty minds. But yes, there is actually a book called just that. And it’s pure filth in disguise. A little like a hooker dressed as a nun!

While we would love to think this book is aimed innocently at kids (full of double entendre for grown ups), it’s actually a book designed for adults. But hey, it’s still hilarious!

Check out the clip below and simply relish the wickedness of it.