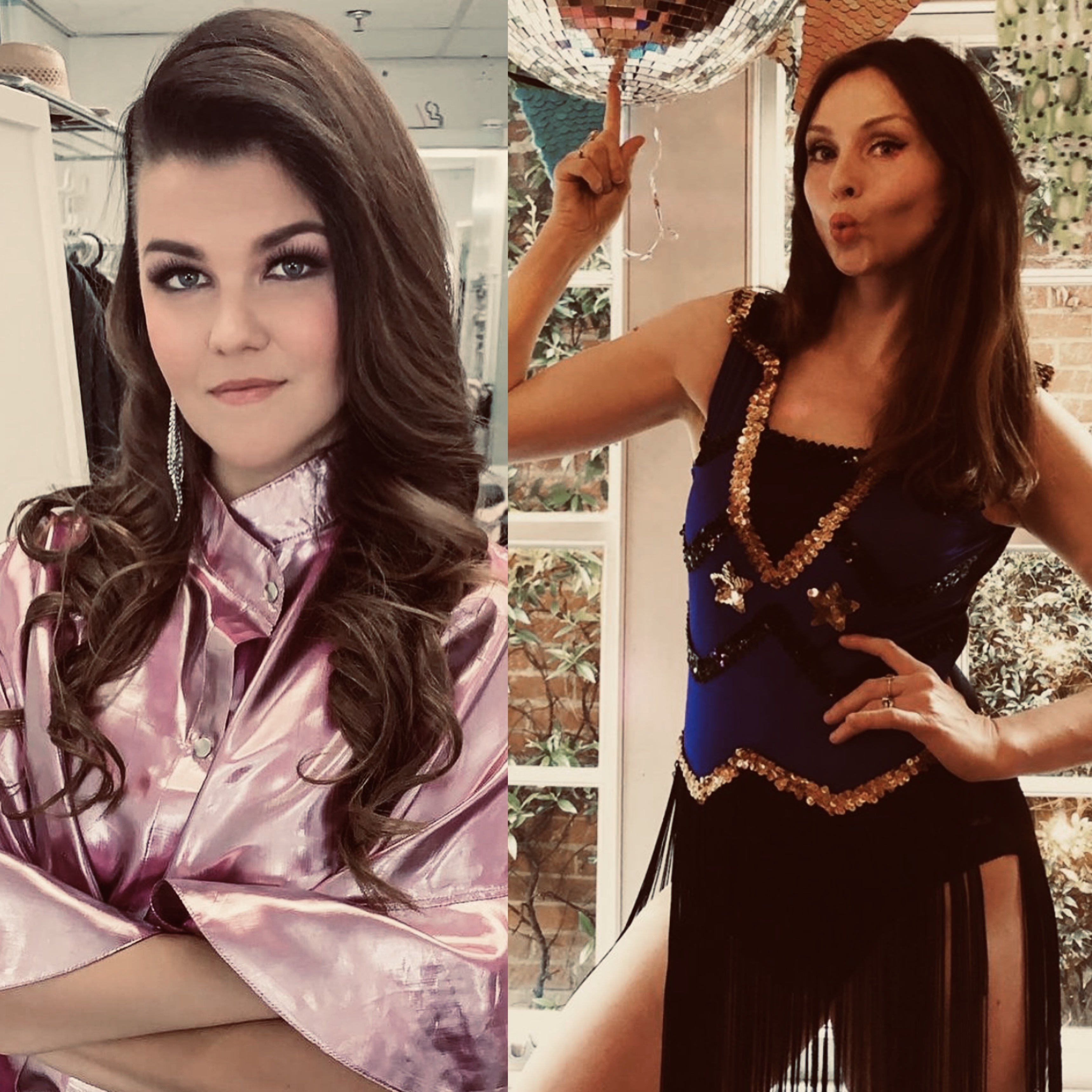 When we heard Saara Aalto was due to put on a living room live show after Sophie Ellis-Bextor’s kitchen Disco, we exploded!

With so little on the telly box to tickle our fancies lately, most of us self isolation dandies have had go online to satisfy our needs. No, not on Grindr, you filthy lot. We’re talking about seeking out entertaining shows, musical extravaganzas and drag shows from Facebook, Insta or Netflix. As regular readers of GuysLikeU will know, we have been whipping ourselves into a frenzy every weekend by Sophie Ellis-Bextor’s triumphant kitchen discos (Fridays, 6.30, Instagram) and the majestic Mary Mac belting out songs live from her villa in Lanzarote on a Sunday from 5.30.

But over the weekend, we were having multiple eargasms as Friday night turned out to be a night where dance divas Sophie and Saara Aalto battled it out for pop lockdown supremacy.

Sophie kicked off her sixth kitchen disco in style, spinning around her kitchen in a sequinned playsuit, trying desperately not to squash her five Titian kids under foot like a popstatic Frogger. Starting the show with a glorious oldie China Heart, Sophie then belted out her weekly call-to-arms ‘Stay At Home’, followed by another rarely heard single Mixed Up World (the lyrics of which are perfectly suited to this crazy time) and huge club hit Groovejet.

However, the next song had Sophie’s legions of fans squealing with glee. Following previous weeks’ covers by Alcazar and The Weekend, the posh pop princess stunned those who had tuned in with a sensational rendition of Madonna’s Like A Prayer. Note perfect and full of energy, the track went down a storm and had viewers begging for more Madonna and even Kylie tracks in future shows. Ending her way-too-short 25 minute set with her old classic Murder On The Dancefloor. Sophie was gone. But not for long.

Just minutes after the disco ended, Sophie reappeared Live on Instagram to sing My Favourite Things. Writing on Insta she explained that this new weekly bonus ‘after show’ was to give her the chance to sing songs that might not be suitable for a hiNRG disco. “Every week after the kitchen disco, you can come to the aftershow party at around 7pm where I’ll sip my cocktail & sing an extra song that isn’t disco but might be FUN (or just a bit deranged, but what the hey). This is from Friday’s. Julie Andrews ALWAYS makes me feel better.”

Every week after the kitchen disco, you can come to the aftershow party at around 7pm where I'll sip my cocktail & sing an extra song that isn't disco but might be FUN (or just a bit deranged, but what the hey). This is from Friday's. Julie Andrews ALWAYS makes me feel better. ❤️

Meanwhile over on Facebook, Finnish superstar Saara Aalto, was in her darkened living room, fingers poised over keyboard ready to launch into a sixty minute show that would turn out to be an emotional rollercoaster. Opening with a mash up featuring her own tune My Love mixed with Madonna’s Like A Prayer, Saara sang a several covers and self-penned tunes, including a medley of songs by Queen, Lady Gaga’s Shallow, Never Enough from The Greatest Showman, a medley of Wild Wild Wonderland songs plus a heart-wrenching vision of Dance Like Nobody’s Watching. Highlights included a cover of Brandi Carlisle’s beautiful The Story and Kate Bush’s Wuthering, a song, she explained, she’d desperately wanted to perform during her time on The X Factor but was advised not to.

Closing the show with a storming version of Monsters, Saara then a took a moment to calm down before launching into an after show live feed during which she fielded questions from her fans!

After all of that we were exhausted. But who was best? Well, of course that’s too hard a question for anyone to answer as both artists are supremely talented and have a distinctivestyle of their own. One thing’s for sure, they both put on sensational shows that we will be watching again and again. If you missed out on either show take a look and let us know what you thought about the two divas Friday Night sshowdown. We’re still trying to catch our breath!