Actor Dino Fetscher: “No actor should be limited because of who they are sexually attracted to” 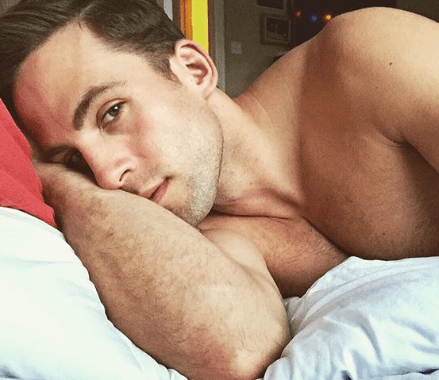 The super talented Dino Fetscher offers his thoughts on whether straight actors should play gay roles and reveals some very exciting news.

We’ve always been big fans of the very talented and incredibly handsome actor Dino Fetscher, the star of Banana, Humans and Paranoid. So we’re super pleased to hear that we are about to see a lot more of the dashing fella in the near future. Not only is he set to appear alongside Suranne Jones in an awesome new BBC/HBO period drama, he has just revealed that he is to team up again with Banana-boss Russell T Davies on his brand new BBC TV show Years & Years! Oooh!

A shot from my shoot with the insanely talented @jezsmithstudio for @gaytimesmag. Check out the full feature in this month’s issue 🎃.

Speaking in the latest issue of Gay Times, the handsome Welsh actor revealed that he had just signed up to the new drama.

“Its bloody brilliant, the writing, the casting, everything,’ he said. “I’m so excited to start filming later in the year. Unfortunately that’s all I can say at the moment but it’s going to be awesome, just wait.”

Snap from my shoot with the lovely @snootyfoximages

Speaking about the telly legend who revamped Doctor Who and gave birth to Queer As Folk, Dino added: “Russell is one of my favourite people to work with and favourite people in general. The love and energy he brings to his projects is phenomenal, unprecedented and as an actor his writing is a total gift to play with.”

In the same interview, Dino, who we suspect will be fielding calls from Hollywood, also wades into the age old debate about whether gay roles should go to straight actors.

“I think that roles, regardless of sexuality should be given to the best suited actor,” he wisely reasons. “The actor who – because of a number or aligning factors – is set equipped to tell that character’s particular story the mist truthfully and adeptly. Otherwise on the flip side, you could argue that only straight people should be allowed to play straight roles. We are actors, chameleons; it’s literally our job to portray a variety of different people, beings  animals or whatever – from different creeds, worlds and sexualities. No actor should be limited because of whom or whom he or she is not, sexually attracted to.”

Read more from Dino in this months Gay Times.