EXCLUSIVE: Olympic hero Chris Mazdzer: “I hate people who are not respectful of other people’s feelings” 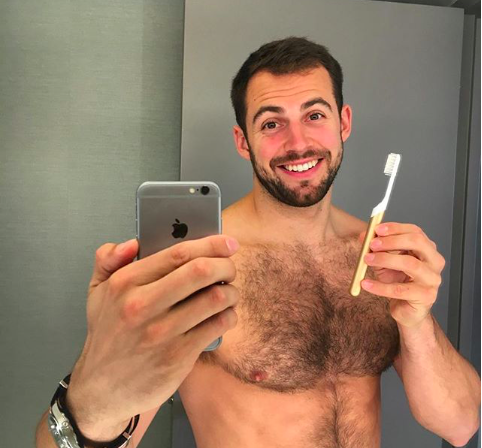 A month ago, the name ‘Chris Mazdzer’ meant very little to anyone apart from the handsome athlete’s devoted friends and family. But after the dashing American sportsman made history at the 2018 Winter Olympics in Korea by winning the first US medal in luge, it is now the name on almost everybody’s lips.

Of course, it’s not just his expert silver medal-winning skills that have dazzled us and made the fancy fella such a talking point. It’s also because he just happens to be rather pleasing on the eye.

Since his astonishing performance at the games, guys and gals (well, mainly guys) have added ‘swooning over Chris’ to their ever growing list of past-times. So instead of merely posting thirst-quenching snaps of the hunk for your delectation, we at GuysLikeU decided to have a chat with him so that we could find out more about the man with the world in his hands. And what a joy he turned out to be.

Here, in his only UK interview, Chris opens up about the struggles he faced as a teenager, how he feels about his thirsty new fanbase and reveals all about the very lucky lady who has won his heart! 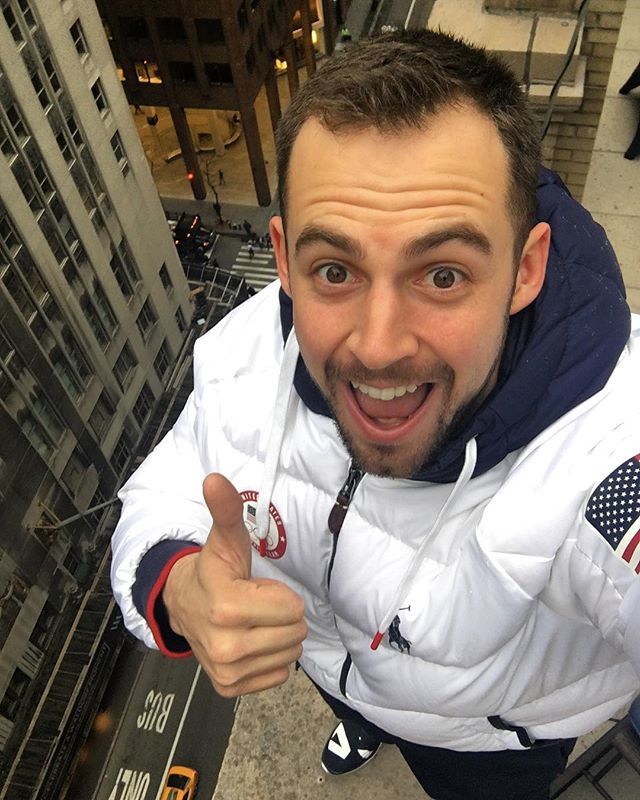 You made history by becoming the first US athlete to win a medal at luge! You must be so proud – no one can ever take that away from you.
It is a huge thrill for me. But the rest of the USA luge team and I have been working for so long for this moment. We have had to wait for fifty four years for this. Luge is an experience based sport, it’s not like in bobsledding, in which you can make it to a high level after six, seven years. It literally takes decades. There have been thirty-three US guys who have competed at the Olympics in this discipline. They sacrificed their entire lives for the opportunity. To be the guy that final breaks through, it feels really good to give back and say ‘Guys, this was our goal and we finally did it.’

What’s even more inspiring is that you’ve had to wait until your third Olympics to achieve success. You never gave up!
I definitely did better than previous years. Winning was a really good moment. It was the perfect moment to have the race of my life. It goes to show that you must never give up on your dream. All my sacrifices were put into this one moment. And I am so happy.

Looking back to when you were a teenager, did you feel a lot of pressure to succeed?
You always feel pressure when you’re training. I’m my hardest critic and I put a lot of pressure on myself. The sport of luge sees us shooting down a mile long track with minimal friction, and we have to hold perfect body position. It’s impossible to have a good run, so we are always told we are doing it wrong. So you have to become comfortable with taking criticism. Being pushed hard at a young age, you have to pretty much decide that you’re staying in the sport. You have to start before the age of 15 and you have to commit to your sport. You are away from your family and friends on the road with your teams mates. They become an extended family. But the coaches are pushing us very hard at a young age because the sport gets very serious. At thirteen years old I was travelling around the world competing junior world cup level. The reason I was there was to do well. So there are huge expectations placed on you from such a young age. It’s good to be able to deal with the pressure. This is my sixteenth year competing professionally so I can handle the pressure now. Did you ever feel like giving up?
When I was in my early twenties I wasn’t getting the results that I wanted and there were times when I did feel like giving up. At the same time, some of my friends were going on to do amazing things in business and engineering and there I was, going sledding and not achieving great results or making any real financial gain. I really did start to question what I was doing, especially when things weren’t going very well. But then, all of a sudden when I was around 25, I started seeing results. I had a really good race and that kept me going. It’s like if you play eighteen holes in golf and take one hundred shots and you have that one speed hit, it’s enough to keep you coming back.

Were you popular at school?
To be honest I was never really at school because of competing. I was like the international man of mystery. But when I was there I could sit in with any group. I did plays growing up, I was in accelerated classes and I played lacrosse and did really well with that. So I could hang out with the jocks. I was lucky, I could move in and out of any social group which is probably to due to the fact that I was travelling around the world from an early age and had to fit in with all kinds of people. And because I experienced different cultures and being in so many different situations I kind of felt like I belonged everywhere. It was so enriching to learn how everybody lives. Growing up, my strength was being able to hang out with just about anybody.

Some people take failure to heart. Have you ever experienced any tough times where you’ve fallen into a dark place?
As humans we are all vulnerable. Some people think they have to be strong and act and be a certain way, but I don’t think that that’s good. I think it’s more cathartic to have your life on your sleeve.

Men for so long have felt unable to express their emotions. Thank goodness it’s changing.

I have friends and brothers of friends who are struggling and going through terrible depression and mental disorders where they have zero confidence and feel like they don’t want anything to do with themselves because the world is not accepting of them. And it’s tough to hear and be able to change that. There are people who are not very accepting of people, but there are lot who are and we need them. I am a very accepting kind of guy. I am open to anyone. But for me it all comes down to being a good person. I hate assholes. I hate people who are not respectful of other people’s feelings. They really are the worst kind of people. 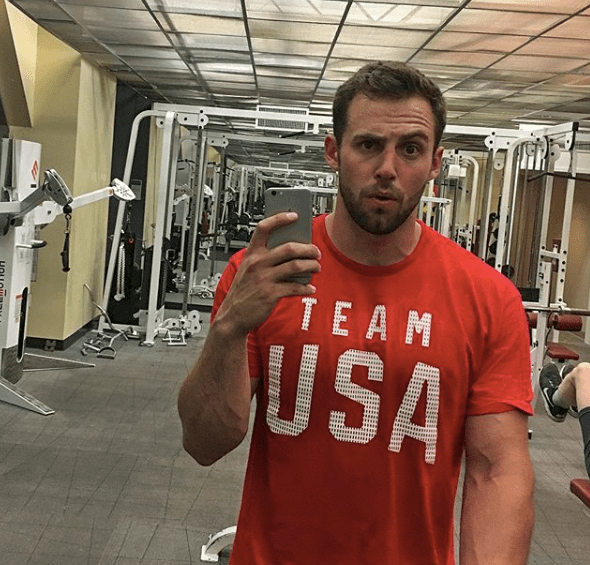 More and more gay athletes are out, but do you think there’s further to go in sport in terms of inclusivity?
We had a Canadian luge athlete called John Fennell who joined the US team a few years back who came out just before Sochi. John and I roomed together for the first half of the season and we were great friends. Obviously there were some who were not as accepting as most, but there are a lot of people who do support others no matter what. That’s great and I hope that that helps reduce any vulnerabililty people might feel. It’s nice to hear that people feel that they are accepted by others. I’m not gay so I don’t understand the process of coming out but I can understand that it might be difficult for some people to share certain aspects of their lives who are worried about other people’s reactions more than anything.

Yes, thank goodness, things are a-changing.
What has changed over the past five or so years is that people feel comfortable about who they are and that is great. John and I are still very good friends and I think he knows he can always be himself around me and I hope I never make him feel uncomfortable at all. I’m the kind of guy who naturally walks around the room in my underwear and nothing has changed between us.

Lucky guy! You must be thrilled to have the LGBT community support you.
It’s really cool that I have that following and to have their support. What I love most is that my gay fans seem to have no filter. Some of the DMs I’ve been getting are just hilarious. A lot of them are positive, but there are also a lot of them that are outrageous….

Like?
Well, a lot of them want to see me with my clothes off. 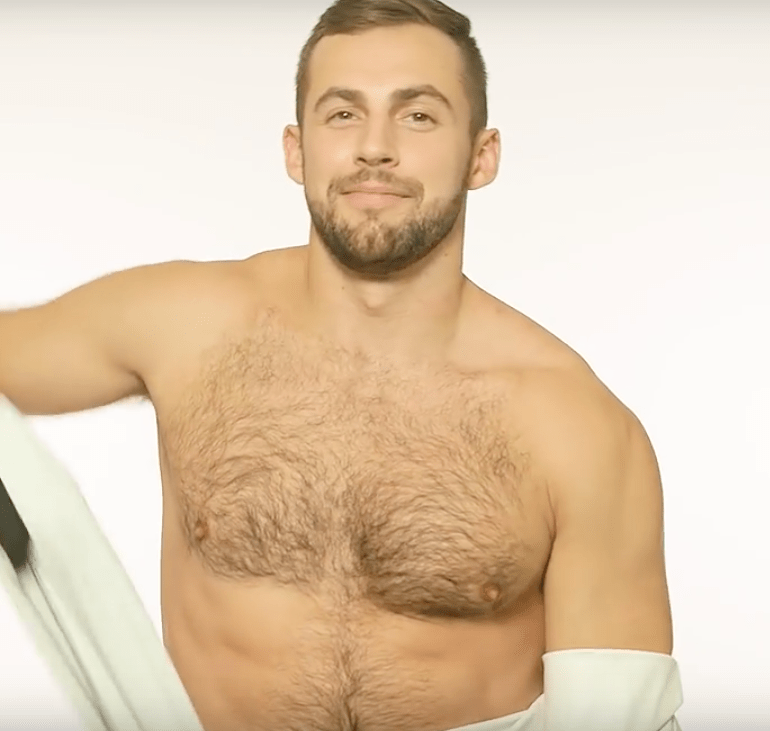 What devils!
They certainly don’t hold back at all, that’s for sure. My girlfriend Mara [Marian] is based in Salt Lake City where there is a large gay community. Her gay friends say that even they are shocked at some of the comments people have sent me. But I think it’s all just a lot of fun. Yes, your gay fans are seriously disappointed that you have a girlfriend. And a gorgeous one at that! How long have you been together?
We started dating last June but it feels like we’ve been together longer. We’re both older. She’s 33 and I’m 29. We are in a good place. We are very comfortable.

Now you’re riding a wave, have you considered perhaps popping the question?
Well, she is a wedding events planner. We still have a few tests though. I am moving into her place when I get back to the States so we are moving forward. She has to be able to deal with living in a close space with me, so lets see how we go.

Well your girlfriend is the lucky one. The amount of people who fell in lust during the Olympics with you was ridiculous. Even GuysLikeU ran a thirsty story about you. Did those reactions come as a surprise to you? Was your girlfriend peeved?
My girlfriend is amazing and very supportive. Having had a long distance relationship we have that trust and we do have that trust. The reactions I have had were so funny. I can’t believe that people have said what they have about me. But I am very touched. I am just having a good time – what you see is what you get. Now things have exploded. The great thing about struggling in sport for so many years is that I am comfortable with who I am. Have you always been a heartthrob with the ladies ?
I commited to a lot of long distant relationships as I was always away. The first I had was seven years long I always wanted meaningful relationships.

So you’re bit of a romantic then?
Er…. I am a crazy guy also. I like to have an intellectual connection. Am I romantic? Erm.. I don’t know. A physical relationship is so important to me.