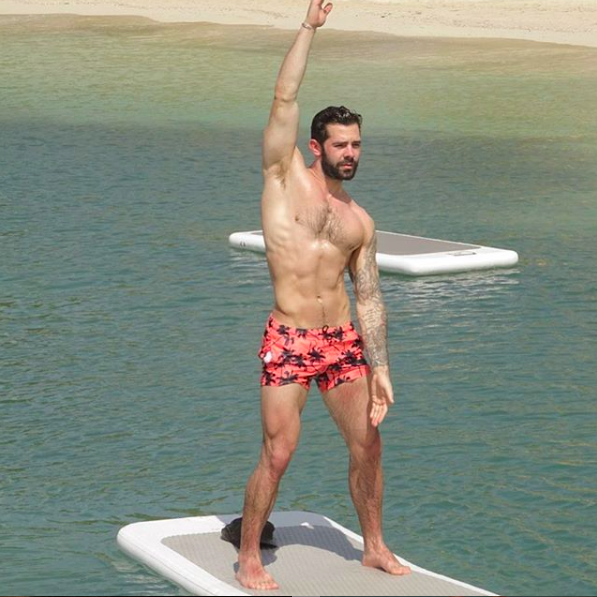 If you love Channel 4’s Flirty Dancing as much as we do then you’ll be pleased to know that there is a celebrity version on its way. So far Coleen Nolan and Made In Chelsea‘s Miles Nazaire have been announced but we have a fella in mind to add to their list.

Yes to Monday and yes to LIFE

While the first two star-spangled names are most definitely a promising start, we really hope to see supersensitive  GuysLikeU favourite and former TOWIE star Charlie King on the show. Not not only is he handsome, spirtual and ridiculously single, he is also a great mover on the dance floor and our readers absolutely LOVE him!

You may remember years back on TOWIE’s ill-advised live show, the musclebound spunk shocked viewers when he threw some some dazzling shapes to J. Lo!

Then the lithe mover cut a rug at Pride In London in 2017 when he appeared with a bunch of dancers on the main stage in Trafalgar Square.

Luckily, it looks like the absurdly single Charlie could be up for taking part in the show as he actually praised the show in a Tweet!

What a delightful concept of a show – I would be well up for this style of first meet !! Congrats @AshleyBanjo @Channel4 #flirtydancing

Of all the stars from TOWIE, Charlie, who is now a fitness trainer, has always been our favourite as he’s intelligent sensitive and absolutely handsome and we reckon it’s about time he found Mr Right once and for all. So come on producers, what are you waiting for….?

If you haven’t checked it out so far, don’t waste a single moment and head to 4Od to watch what many have described as the most enchanting dating show ever. Or catch the next episode on Friday at 8pm on Channel4.