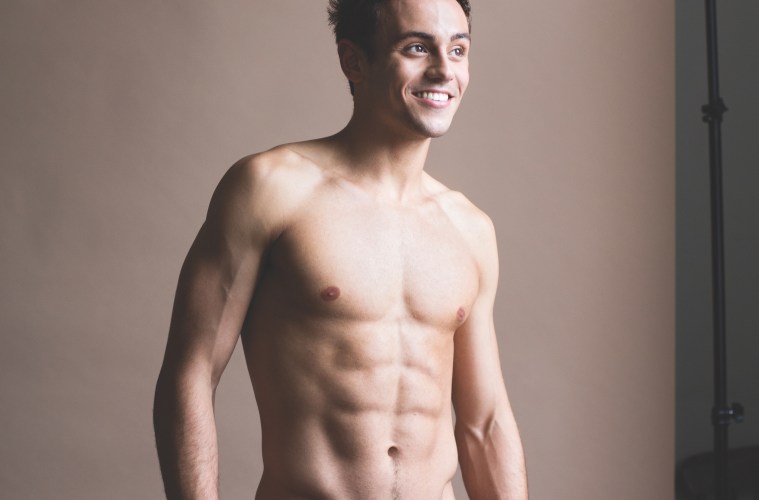 Normally, two happy loved up boys banging on about how much they love each other is enough to make most of us feel really queasy.

But when it’s a certain Tom Daley and uber talented Dustin Lance Black, we’ll forgive them for their public signs of affection. 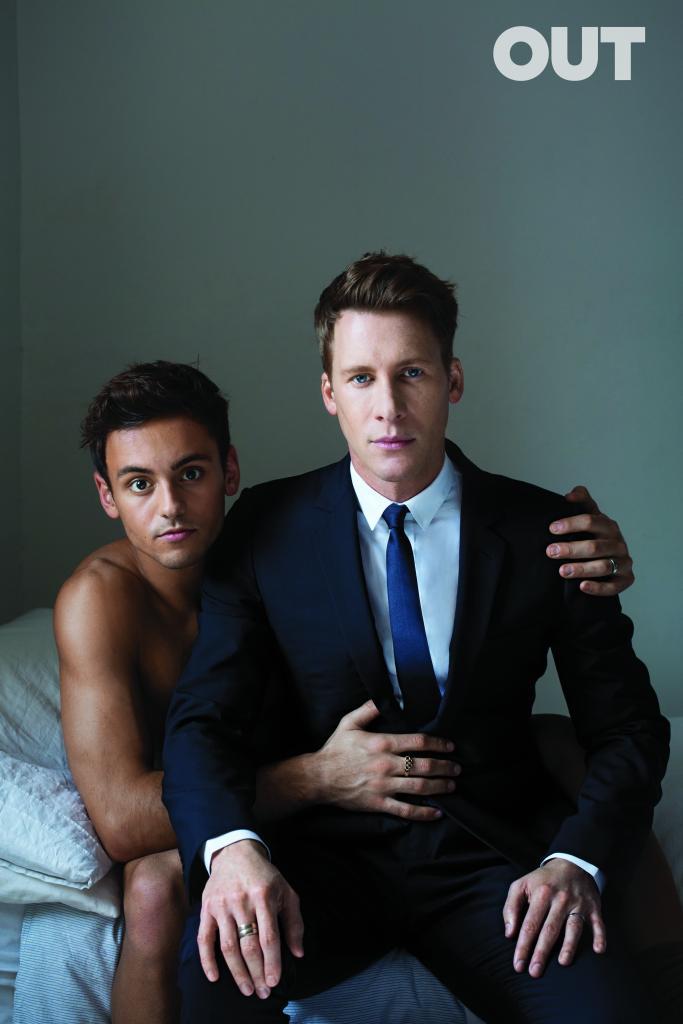 The gorgeous pair have opened up about their relationship for the first and revealed some very intimate relationship secrets.

‘We spoke every day, nonstop. My phone would buzz, and we’d just be in constant communication, it was kind of insane, like there was nothing else around me,’ Tom giddily told Out magazine, adding that the Milk director was talking maria after a fortnight. ‘Quite honestly, we talked about marriage within the first two weeks after seeing each other the first time in LA. That was the weird thing: that it came up in conversation so many times. I always knew it was going to happen at some point.’

Also in the interview with the celebrated American magazine, Tom recalled his and Dustin’s first date.’We literally spent three or four hours talking about the crap that we’d been through,’ he said. ‘His brother had only just passed away, and my dad had died in 2011, and we talked about his mum and her struggles with her illnesses – sadly, she’s no longer with us – and we just really connected. It was one of the first time that I felt, Oh my God, this isn’t just a thing where I am attracted to someone. This is someone that I’ve connected with on a whole new level. It was new for me, and that was when I thought, Shit, I’m in trouble here.” 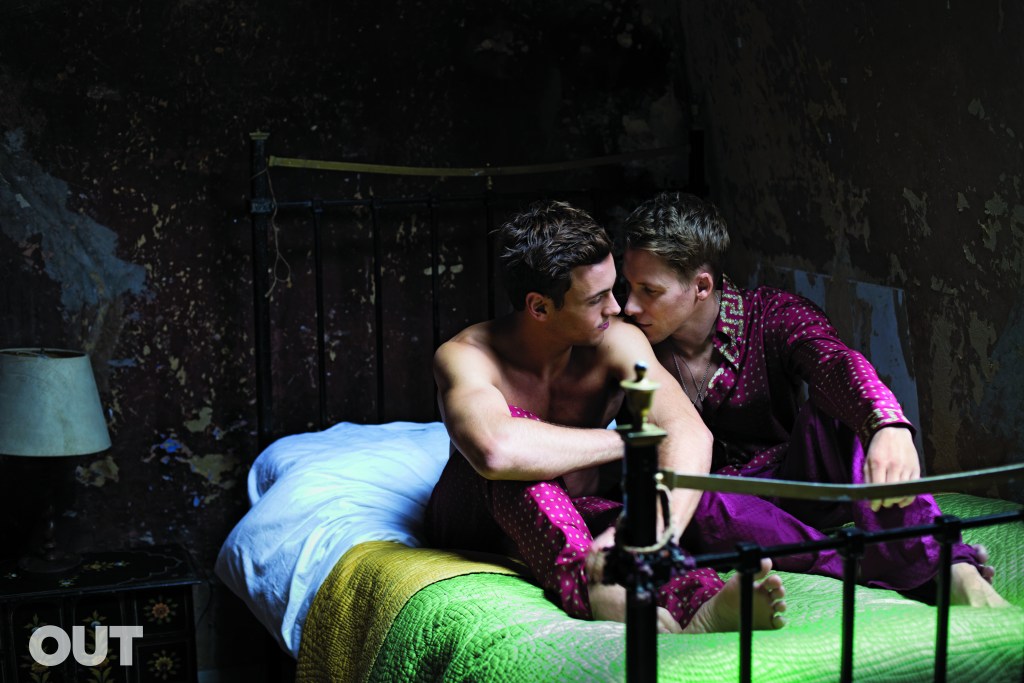 Meanwhile, Dustin recalled, ‘Truly, it was hours and hours of sharing and talking about things that really mattered to us. Pardon the pun, but we dove right in. I remember the moment clearly when I though, Uh-oh, I’m in trouble. Because not only is he unbelievably attractive to me, and that goes beyond just how he looks, but he gets me. He understood my competitive spirit. We both had been to the top of our fields – he’d been world champion, I had an Oscar – and neither of us felt we were done.’

Tom also told the magazine how he and Dustn confirmed their relationship.

‘We spoke every day, non-stop. We’d met in March, and it was about eight weeks later that we saw each other again, for my 19th birthday party. Then the next day, we went on our first real date. That was the night he said, “Tom will you be my boyfriend?” when we were drunk in the hotel, and then he said, “Actually, you don’t have to answer that.” When I woke up the next morning, I turned to him and said, “Yes.” And he said, “What do you mean, ‘Yes’?” And I said, “Yes, I’ll be your boyfriend.”‘

Tom also opened up about their romantic engagement. ‘I had the ring box in my underwear, and when he came out of the bathroom, I just went down on my knee and proposed,’ he said. ‘Then he ran off to the bathroom to get his rings, and he had this whole speech prepared, but he’s a writer so his was quite extravagant. But looking back, all I can remember is being completely overwhelmed, like, Oh my God, we’re now engaged. Who do we have to call? So I called my mom, and he called his stepdad.”

Read the full interview with Tom and Dustin now at www.out.com/love-issue/2016/1/05/dlb-td-forever 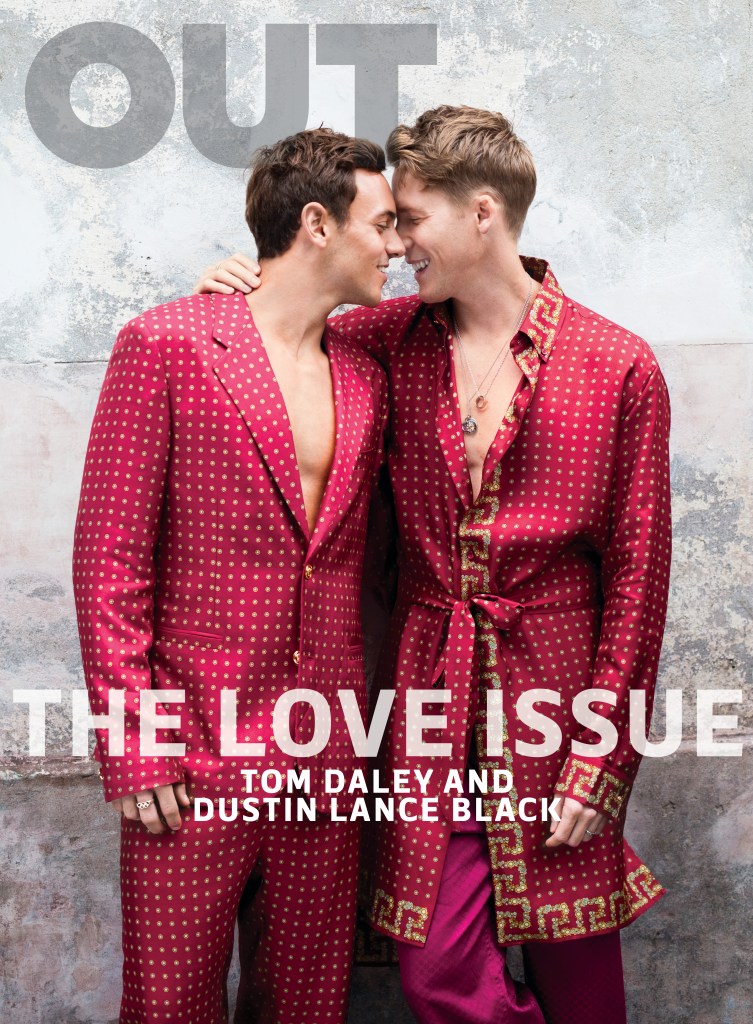 In other Tom news, the Olympic diver has produced a video about how healthy eating lemons is for you. Of course, as he was shirtless, we actually stopped listening half way through.