Singer John Galea: “It’s really wrong not to respect a bisexual person for who they are.” 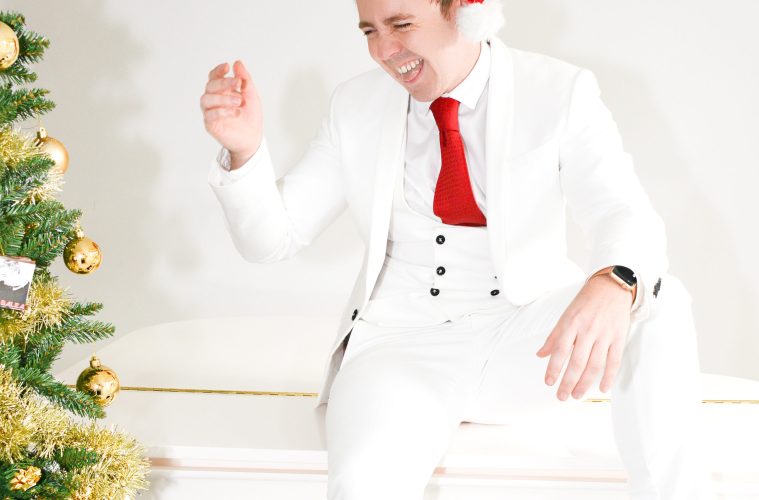 If you are a regular on the London party scene you will recognise the cherubic face of talented singer songwriter John Galea in an instant. But there’s a lot more to him than the dandy fella you see air kissing and quaffing champers with gay abandon at lavish celebrity launches. When he’s not rubbing shoulder’s with the glitterati, he is busy making his mark on the music scene as well as living a happy life as a bi guy! Here, he opens up about his both his personal and professional struggles and the need for more education about LGBT+ lives. 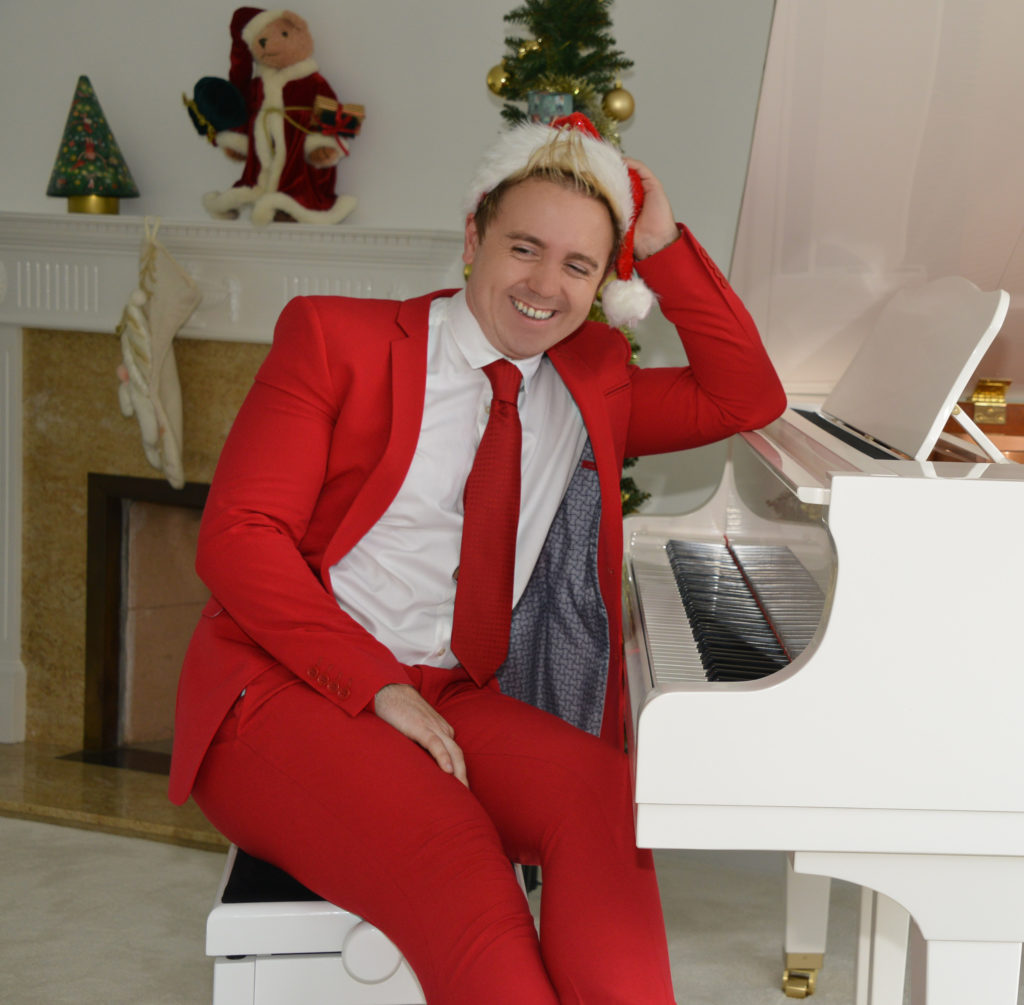 So John you’re bi. When did you realise that you liked boys and girls?

From the age of 16 I released I was into guys as well as girls and it was ok to be both. It was difficult for me and others to understand you can be into both and I would get the “You date guys? oh so you’re gay ” and I was like “well no I’m also attracted to girls too ” – “Really?” – that was the response from a lot of friends etc. There’s a slot of stigma still attached to being Bisexual, even from the LGBT+ community itself who think it’s just a ‘phase’ .

Did you find it hard to deal with to start with?

To start with yes, but then I released I was being just me and you can’t change that. It is other people’s opinions and thoughts that screwed me up to start with. I was like, “what will they say?”, will they understand? Luckily my family and close friends were so great about it.

How did you come out – was it a good experience
Well some friends knew in my late teens but I guess I had the ‘coming out experience’ with my family before my mum passed. I was really aware that it hadn’t been said even though she knew .My parents were so great about it. 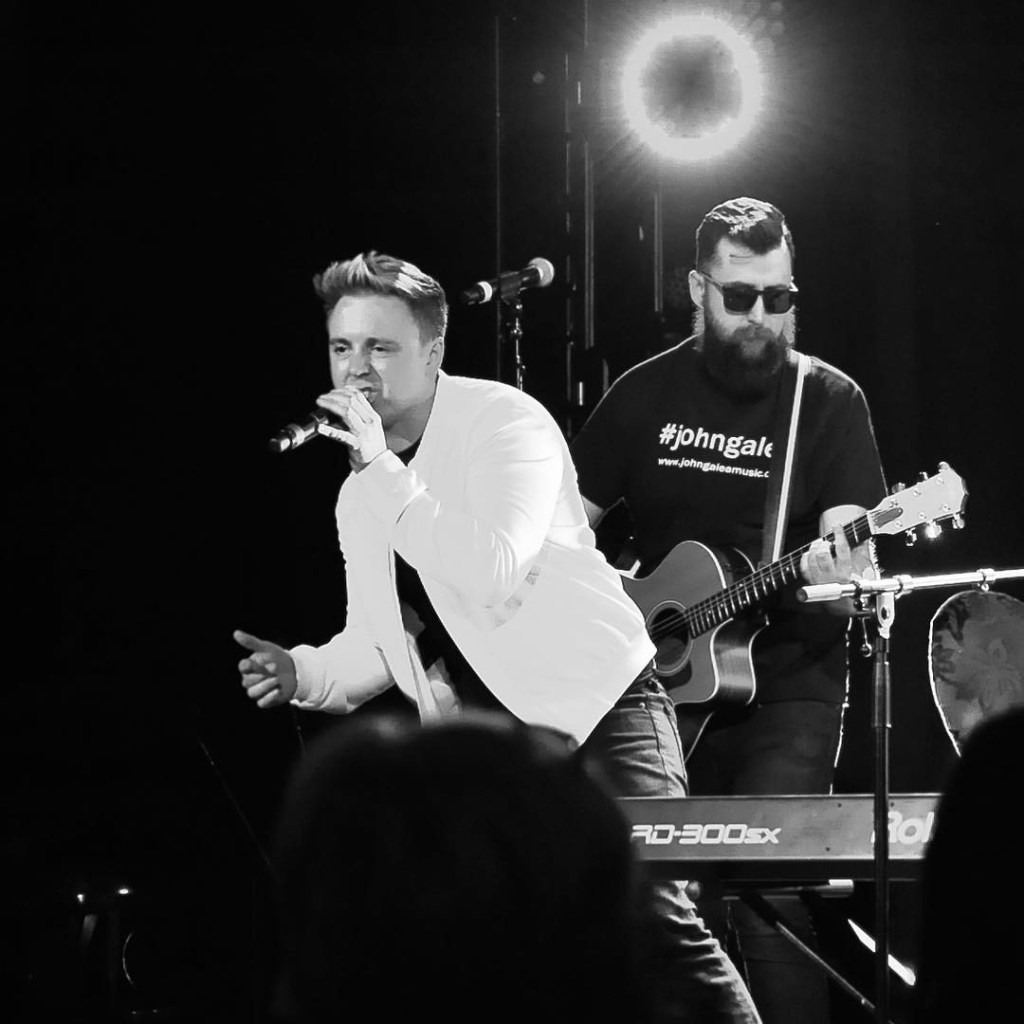 Who was the person you were most worried about?

There wasn’t one person in particular, but I was aware that if I hadn’t have said something or talked about it with mum I would of regretted it for sure.

Did you feel a sudden burst of confidence or were you still cautious about being out and open?

To start with I was cautious, especially as I had to explain to people how being bisexuality works. It was hard back then, but I think it’s getting talked about more which is great.

A lot people think being bi is a gate way to being gay – what do you think?

Biphobia is a real issue. I understand that might be the case for some people. However for actual bisexual people it’s really wrong not to respect some one for who they are. Education is really the key here to respecting peoples sexualities and who they are.
Bi people get criticised for being greedy – how do you respond to that?

I’ve been called that a few times in a joking way and thats cool with friends who I know mean no harm. However used in a malicious way then that’s not cool. It’s just a lack of eduction about it.

So what do you look for in a guy and a girl?

Well there has to be a sexual attraction – that’s important. But then there’s personality and a good heart and soul. It can certainly be a minefield!

Is it hard to date certain ‘straight’ men and women if they know ur bi?

For me, I find girls find it especially hard to understand but again as time goes on though it’s better. Programmes like The Bi Life are really helping challenge people’s prejudices.
Was school a tough time for you?

I went to some amazing schools over the years in Norfolk, so for me it wasn’t too bad. Everyone knew I was musically creative and that gave some freedom to express myself. 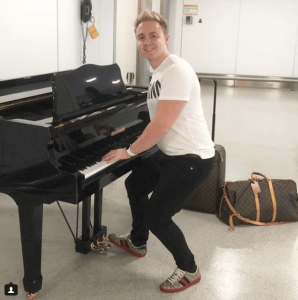 Were the boys at school supportive?

Sexuality wasn’t understood as it is today, I am amazed at how it’s being talked about and discussed in an open way which is great. So boy wise at school in my time was okay but with a bit more education would of been even better.

Did you throw your self in the scene?

Not in Norfolk and there wasn’t that many places to go out, although thats changing now slowly. When I moved to London aged 19 I did do the whole ‘scene’ and obviously living and working in soho for the last 5 years Soho has been a huge part of socialising. It has changed for the better in some ways and not in others, but I can still say theres no where quite like London in the world for the ‘scene’ – it’s so diverse and really the trendsetter for the world. There’s still no where like London. 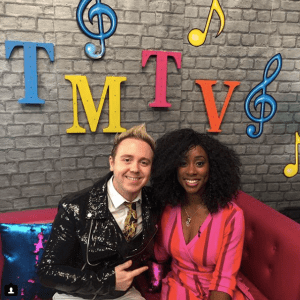 Looking back at your time at school, what do you think teachers should do now to help LGBT kids through this tough time?

Education is so important and I believe that now the LGBTQ+ spectrum is being discussed and talked about much more which is great. People who you can talk to,  LGBTQ+ support groups

You’ve been producing music for while now – it’s a hard industry to break isn’t it. Has it been a struggle?

At times it’s been hard for sure. I’ve seen a lot of peers who have struggled mental health wise in the industry and have given up or got trolled because their album ‘flopped’. Saying that when you achieve a festival slot or gain a an Award or chart position its even more satisfying as an independent artist.

Have you ever felt giving up?

Performing and songwriting is something that is built into me and although some times have been tough I haven’t. It’s something I’ll do for the rest of my life in one way or another. 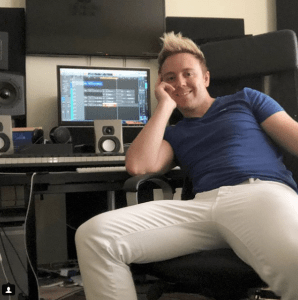 How do you quantify success?

Good question! For me it’s achieving my goals I set out for myself. If you quantify it by chart position or sales then I think you’re in a negative place. The amazing positive response from a fan hearing White Dove or When you Truly Love Someone saying it touched them or having your lyrics sung back to you at a gig your doing is success enough for me.

Have you never considered the X factor route?

Over the years I have been asked and thought about it however, it’s  just not me, I think. Seeing the brutal process of what the contestants go through and how they are mis-managed after (even when they win) is something I would struggle to be part of. The exposure is amazing but I do think it’s a tainted chalice. 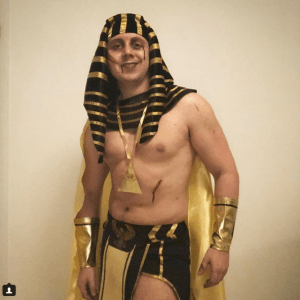 Do you write for other artists?

All the time, whether in the studio session writing or when I’m on my piano. Sometimes I know that a song that I write is better for another artist. I love hearing what other people can do with a track. It’s very special and I’ve been blessed to have some amazing artists like Lao Ra, Thea Garrett record tracks Ive worked on.

Has the industry changed over the years?

Very much so! It’s always changing too and you have to be on your feet keeping up.
When you were younger did you have any body insecurities?

Only with my teeth, and they were sorted out with braces. I am very lucky that I was a quite happy with my body growing up.

Is it hard work trying to like a pop star?

I don’t go out to look like a pop star but I do take care of my health. I go to gym four days a week. I eat well, get enough sleep where I can . It all helps when I’m touring with my voice or in the studio and helps keep a healthy mental state.

Theres’s so many artists I would love to work with and write for but for me recently recording with my good friend and classical superstar Hannah Long on the new track Hero Within You has been amazing. She’s a classically trained Guildhall opera singer and we have been wanting to work on a crossover track for such a long time. It was truly special to work with her on it. 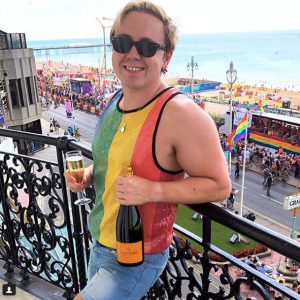 You’re a big player on the party scene – so you enjoy it or do you feel it’s a bit of an empty world?

It’s fun. I just very blessed to be invited to so many brilliant launches and you never know who you are going to meet there.
So what’s the plan for 2019
Well I will be back in the studio working on some new material for myself and a artist that’s just got signed, so it’s going to be very creative time. Also we have some shows in the pipeline so it’s going to be a very busy 2019.
Have you thought of Eurovision?

I love the Eurovision! We did talk to Hugh Goldsmith last year about it but time wise it didn’t work. One year I would love to but it really is all about the song for me. With the right artist/ Song/promo UK could still win it.

Who are your favourite chart stars?

I’m really loving what Anne Marie is doing at the moment. There’s a creative honesty in her songs.

Who are your guilty pleasures artists?

The thing is I love the guilty pleasure artists because of the music and songwriting –  for example Steps’ Scared of the dark is a brilliantly written song! So I guess the usuals – ABBA, Bee Gees, Steps. 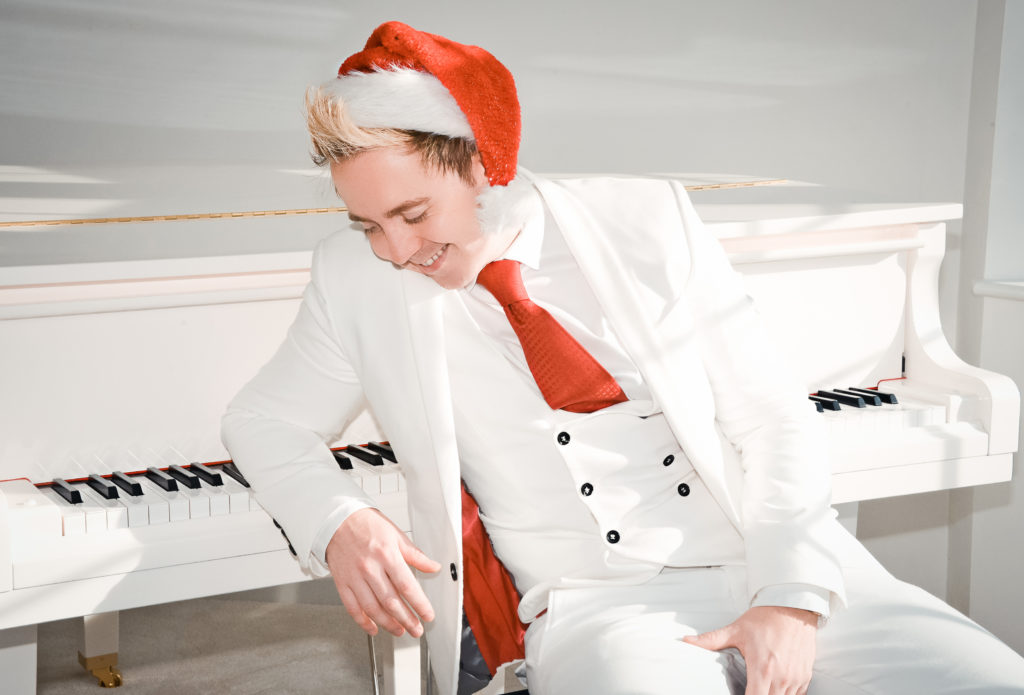 You’ve done a Christmas EP – is that a dream come true?

It’s certainly something I’ve wanted to do a while. From listening to Mariah’s All I Want For Christmas or Celine’s These Are The Special Times, I’ve always wanted to create a Christmas body of work and so very feel blessed to have been able to record Christmas Round The Piano’. I just hope it’s festive enough.