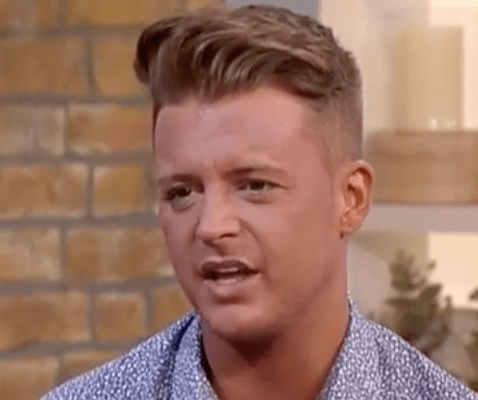 We still can’t believe that hilarious Ryan was the latest housemate chosen to leave the Big Brother house last night (now we have even more of a reason to hate boring Jase!).

Even though we were initially wary of the potty loudmouth after having seen his notorious appearance on X Factor,  the northern scamp has actually gone on to prove to be a pretty funny housemate over the past six weeks or so. Not only that, we fell hook, line and sinker for his supercute relationship with Hughie and can’t wait to see what happens next.

But you can’t keep a fella like Ryan down for long and we bet we haven’t seen or heard the last from him just yet. You see, the glowing-skinned one, if you hadn’t have guessed, loves to be on the telly, as this newly found clip has shown.

Long before he was singing for Simon Cowell, he was a guest on This Morning opening up about his obsession with tans (no surprise there, then). In the interview, he revealed that after he had tried sunbeds, he decided to start taking tanning injections and experienced various side effects including nausea, panic attacks and a time when felt he was suffering a heart attack.

Check out the clip, our Ryan’s hilarious and we reckon our Phil really doesn’t quite know what to make of the rib-tickling chappy!