Fleabag hunk Ben Aldridge: “I love the LGBTQ+ community and am incredibly proud and thankful to be a part of it.” 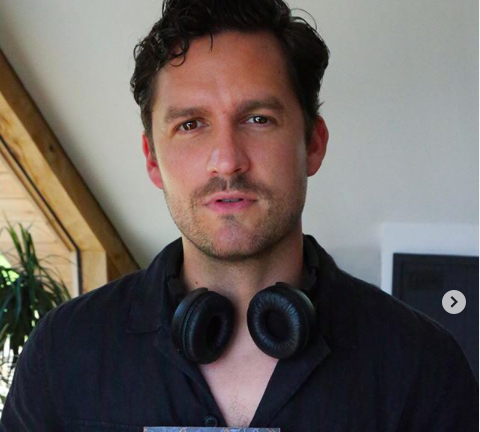 The Pennyworth star marks Pride plus reveals that he once became obsessed with becoming ‘Catman’ after watching Batman Returns!

Gorgeous actor Ben Aldridge has marked this year’s Pride month by taking to Instagram to explain that he is proud to be part of the LGBTQ+ community.

“The journey to pride was a long one for me,” the handsome star of Our Girl and Fleabag wrote. “I love the LGBTQ+ community and am incredibly proud and thankful to be a part of it. So much won. So much more to fight for. #Pride.”

The journey to pride was a long one for me. I love the LGBTQ+ community and am incredibly proud and thankful to be a part of it. So much won. So much more to fight for. #pride

In his touching post, he included vintage images of Gay Liberation protests in London and Martha P Johnson, the trans woman who was part of the Stonewall riots. In a third incredibly cute video clip, we see Ben give a handsome chap a peck on the cheek before smiling broadly at the camera.

We first fell in love with Exeter born Ben when we saw him appear as Captain Charles James in Our Girl and getting jiggy with Phoebe Waller-Bridge in Fleabag as the ‘Arsehole Guy’, as well as enchanting us with roles in Reign, Lark Rise to Candleford and Pennyworth.

🖤Get down to the @chooselove shop 47-49 Neal Street, Covent Garden or find stores in NY and LA. OR shop online. I couldn’t think of a better, more vital, more loving gift to give than LOVE. Link in bio. Photo @davebenett

But one role he hasn’t yet played is Catman! Eh? Well, you see for years the star of Pennyworth has dreamed of playing a superhero. Speaking in a new interview with BBC Radio Cornwall, the star of Pennyworth says that after watching the mighty Batman Returns, he became obsessed with becoming  Catman! “I’ve always longed for super powers. I was weirdly obsessed with Catwoman, in that I thought that there should be a Catman,” he reveals. “I thought she had a cool transformation. She was like a gymnast, she had claws and she made her own costume. And was like I want to be Catman one day. And I did fantasise about playing that when I was younger. But that hasn’t happened.” Yet! Thoughts, Tim Burton?

Clutch your wrist, wear a sash.

Ben grew up in Devon and was raised in the born again Christian church. However, he has admitted that these days religion doesn’t play a big part in his life. Speaking to Flaunt magazine, he said looking back at his early years “feels very far away in some respects as there isn’t a religious aspect to my life now.” He added: “I think I often underestimate the impact of that upbringing and further underestimate the transition into a life without that faith. The belief in predestination and also the swathes of guilt have been the hardest elements to shake. But there are other parts of it that I am extremely grateful for; morality, community, love.”